Russell followed up his stunning second place on the grid in the wet at Spa last month with third place in a wet-to-dry qualifying thriller at Sochi.

The 23-year-old Mercedes-bound driver narrowly scraped through Q1 with a late lap that lifted him to 11th place, one place behind his Williams team-mate Nicholas Latifi. 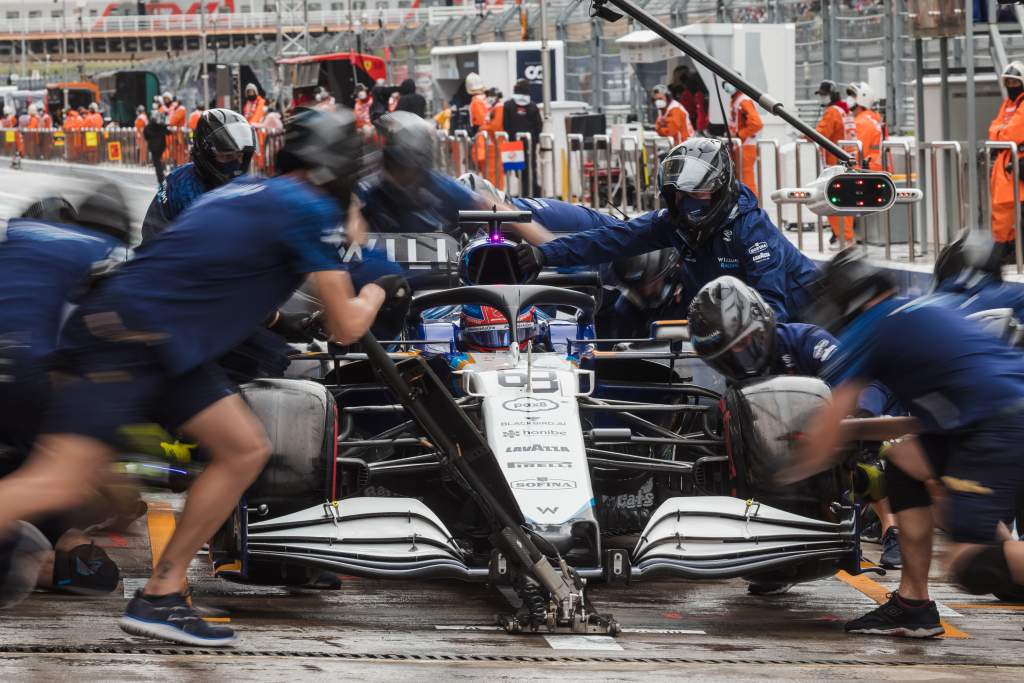 In Q2, he once again nicked through into the next session in ninth place but as the track dried out in Q3, Russell was the first to gamble on the slick tyres and excelled on the drying track.

Russell claimed third on the grid behind polesitter Lando Norris’s McLaren and the Ferrari of Carlos Sainz, with his 2022 team-mate Lewis Hamilton only fourth after two crashes.

Wolff believes Russell’s third place starting spot could allow him to repeat previous third-to-first moves on the long run down to the first heavy braking zone at Turn 2 on the opening lap – something the man he’s replacing at Mercedes, Valtteri Bottas, managed to do in 2017 en route to his maiden F1 win. 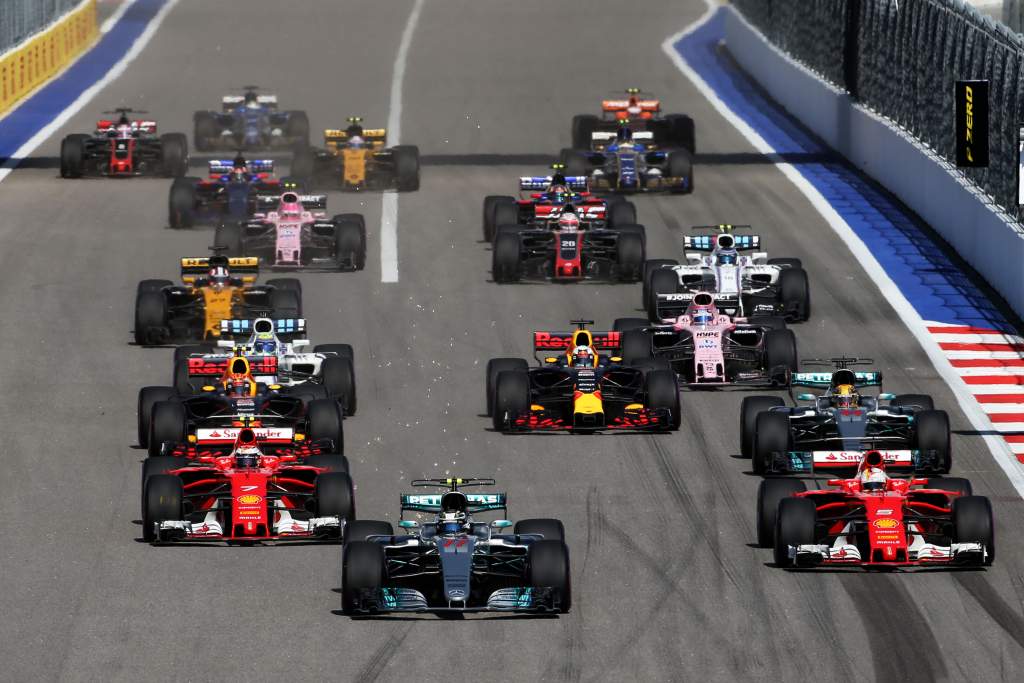 “I would not be surprised if George is leading the race after Turn 2,” Wolff said.

“And that will be good fun to watch. As long as Lewis can make up many positions, we would have the present and the future running in P1 and P2!

“But joking aside he has shown strong performance today, he’s been taking massive risks by being the first one to pit for softs.

“But equally where he was probably qualifying eighth or ninth that was the right thing to do from Williams’s side and George’s side but you still need to bring it home and that’s what he did.”

Russell said he was “equally happy” as he was after qualifying second at Spa and said his long-run pace on Friday “was one of our best of the year”, with a podium finish the target.

“We’re pretty slippery in the straights, we’ve got some nice straightline speed, so we’ve got to go for the podium again. Nothing to lose,” Russell said.

Russell made the call to pit for the slicks in Q3, and said he nearly immediately lost his car when he left his pitbox on the dry tyres.

“[The call was] high risk, high reward, especially in these conditions, and when I came out of the pitlane on the slicks, I almost crashed straight out the box,” Russell explained. 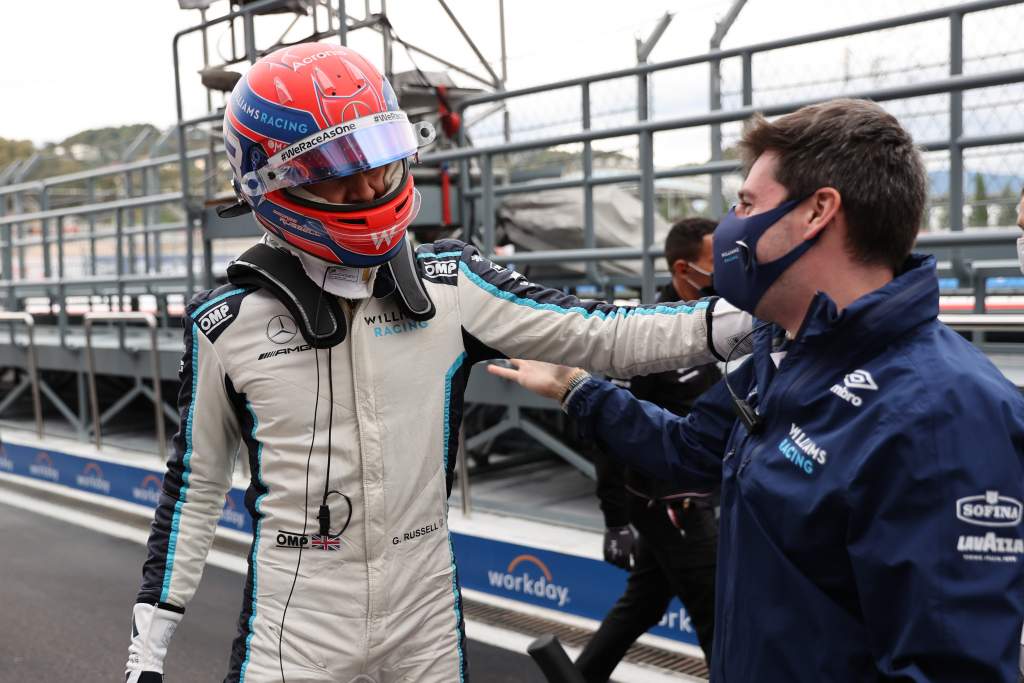 “There was a little bit of traffic, so I couldn’t complete the [first] lap so that was a bit frustrating but as it was for everybody I knew that last lap was going to be the killer lap.

“So we saved it all for then and then it’s second top three in four races now.”