Why Mercedes should fear a title-skewing nightmare

Despite an apparently dream start to the season for Mercedes, team boss Toto Wolff has articulated his fears about reliability – fears that are still highly attuned after the gearbox sensor scare in the season’s first race.

“We’ve had a good start,” Wolff summarises. “We resolved the issues that troubled us on the first weekend, won three out of three races and scored a good amount of points.

“But the first three races have also highlighted another crucial factor: the importance of reliability in this shortened season. We’re one of only two teams that have finished all races with both cars this year and we know how quickly a DNF can make a lead in the points disappear.

“It’s a good reminder to us all that we have to stay vigilant and that even the smallest mistake can cost us many points.”

Although Wolff frames his concerns in terms of creating opportunity for the opposition, in reality the most realistic reliability threat is an internal one – and how it may unfairly skew the title battle between Lewis Hamilton and Valtteri Bottas.

With a significantly shorter season than usual, a mechanical DNF for one Mercedes driver could be incredibly difficult to claw back. If the other driver should subsequently suffer a mechanical DNF of his own, it can be imagined how some might view that with the suspicion of manipulation. It could take the sheen off any success for the team. 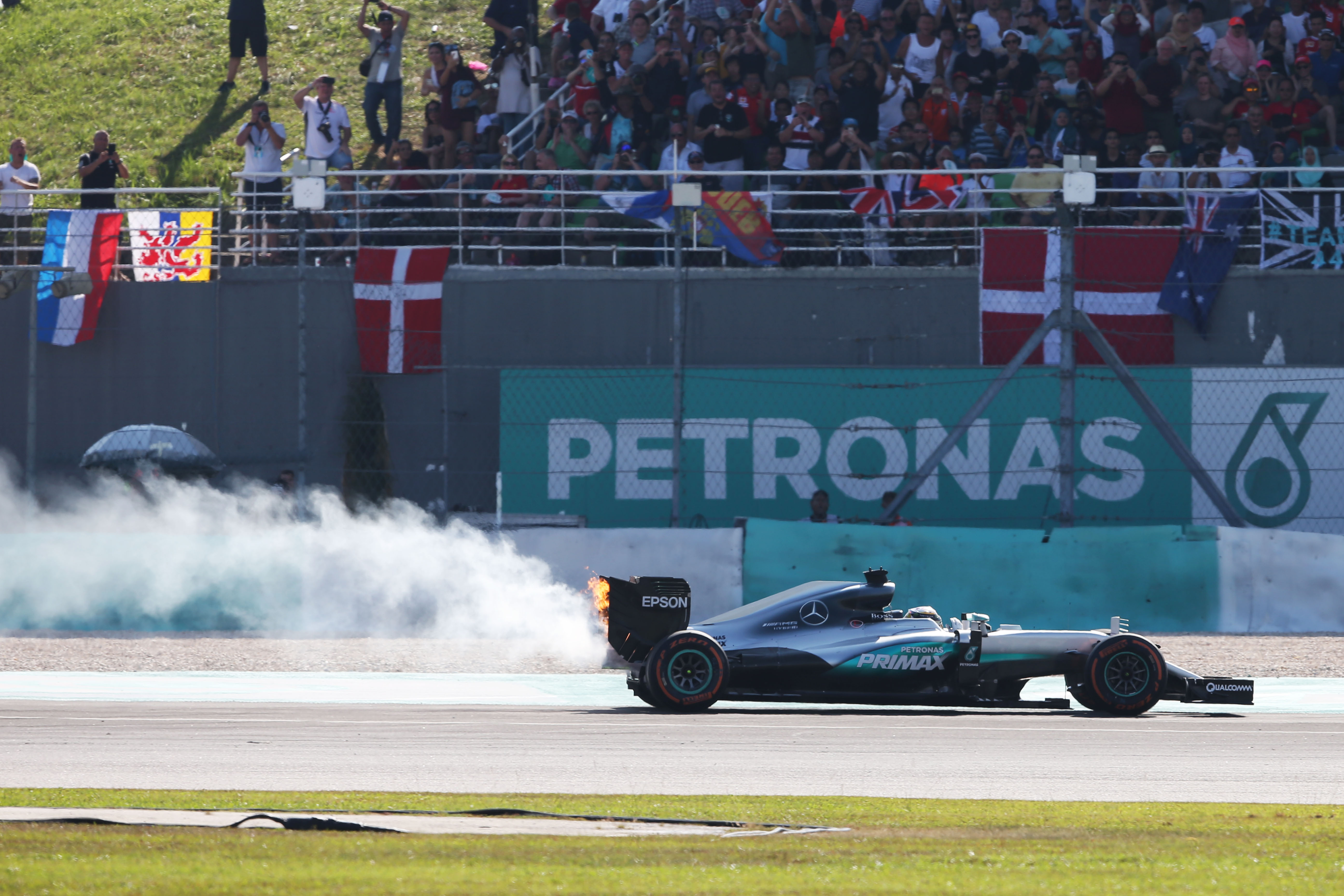 Nico Rosberg won the 2016 world championship largely as a result of a better reliability record than Hamilton, who was clawing back his early-season retirement-induced points deficit until a further DNF in the late-season Malaysian Grand Prix (pictured above) effectively secured Rosberg a relatively easy run-in to the title.

But this time around, thanks to the truncated season, there will be less opportunity to make up any DNF points loss, as the table below illustrates.

Points left up for grabs after three races

Taking a 16-race campaign as our reference point, we can see that after 16 races last year there were still over 100 points on the table. Furthermore, the general reliability of all the cars – after steadily improving year-on-year since the introduction of the hybrid era in 2014 – has this year taken a dive, presumably as the result of the factory shutdowns imposed by the pandemic and the quick-fire consecutive weekend races. The table below illustrates this.

The risk of a title-skewing reliability problem will be weighing heavily upon Wolff for although the constructors’ championship looks a relatively safe bet given the W11’s performance advantage and the lack of a consistent threat from any one of its would-be rivals, the higher-profile drivers’ championship could very easily be skewed.

In this sense, Mercedes is under massively more pressure than any other team not to suffer DNFs. Ironically, the longer it can combat this threat, the more that pressure ramps up – as there will be yet-fewer races in which the impact of a retirement could be clawed back by the afflicted driver.

Given the disappointment among fans created by Merc’s dominance, the team will above all wish to be seen to be playing fair between its two drivers. From a PR perspective, a random mechanical problems could distort the perception horribly. 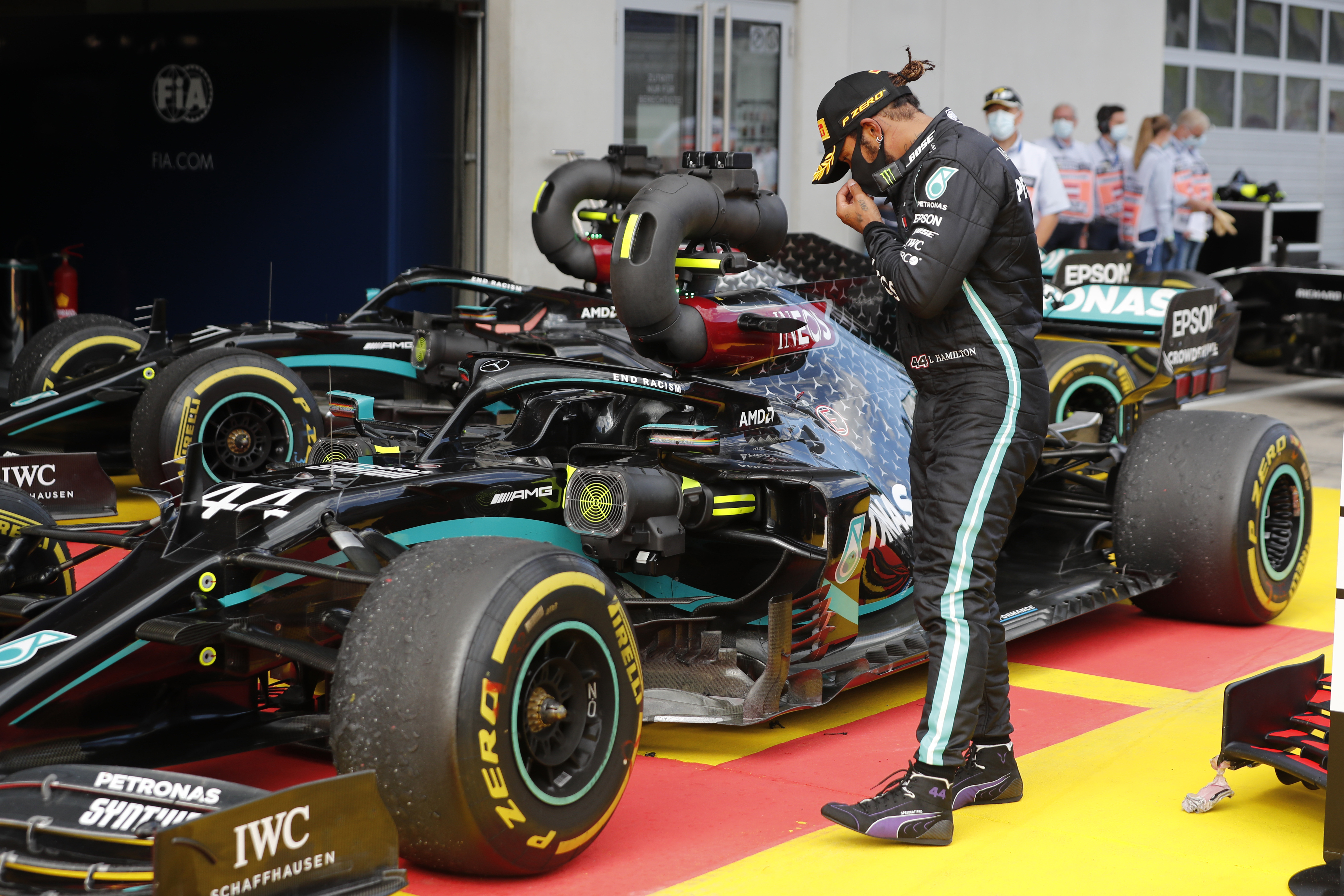