Why did Ricciardo avoid a penalty for spinning Bottas? - The Race
Skip to content
Formula 1

Why did Ricciardo avoid a penalty for spinning Bottas?

Daniel Ricciardo reckons he was “under control” at the point of contact that spun poleman Valtteri Bottas at the start of the Mexican Grand Prix.

Ricciardo was passing Sergio Perez on the inside at Turn 1 and at the apex of the corner when he hit Bottas into a spin as the Mercedes driver passed the apex.

The incident was noted but the stewards deemed no investigation was necessary, which Mercedes boss Toto Wolff called “surprising” although McLaren felt it was a “racing incident”.

A full explanation why the stewards did not even investigate the clash has not been given as FIA race director Michael Masi said he had not been able to review the incident properly or discuss it with the stewards prior to his post-race media briefing.

However, the leading theory is that the stewards realised after a quick check that after initially locking up Ricciardo made the apex of the corner and had the car under control and deemed it was a racing incident.

That is likely to mean the stewards considered Ricciardo was not wholly to blame – which is the requirement for first-lap incidents to result in a penalty. 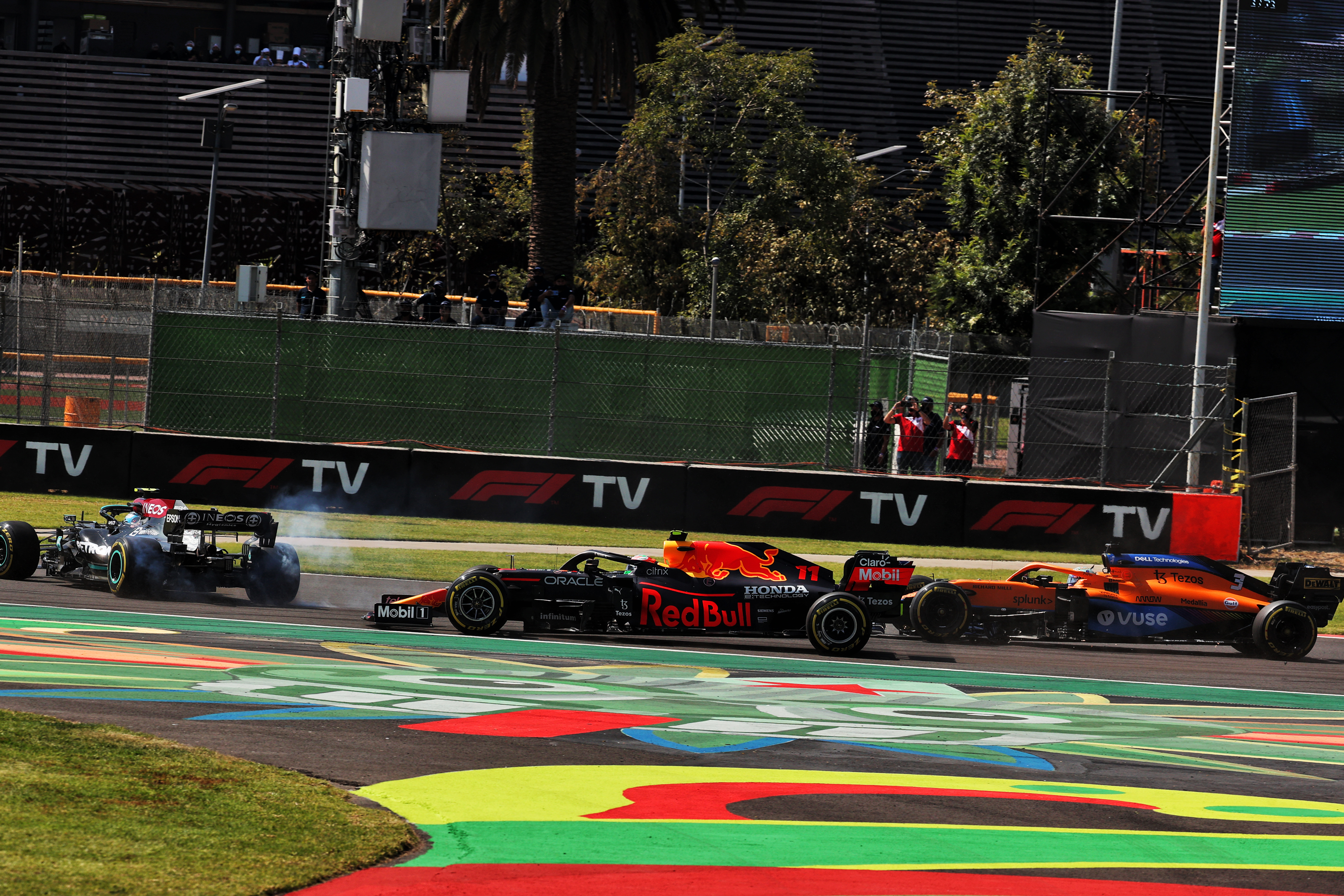 That was made clear in the precedent set when Pierre Gasly was punished for spinning Fernando Alonso at the first corner of the Turkish Grand Prix.

“You’ve got to look at each and every incident and see how it goes,” said Masi. 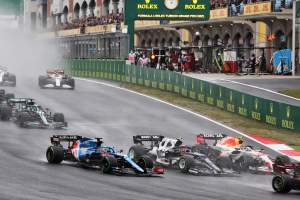 “For starters, Turkey was wet. It was a completely different corner configuration.”

Asked by The Race if Ricciardo’s control of the car at the apex could be one such factor, Masi replied: “That could be a scenario, having a look at the proximity of the cars, where they all are compared to each other.

“There’s a whole lot of different factors that come into it.

“The stewards’ view was that it was on this occasion a Turn 1 racing incident.”

The impact meant neither driver would go on to score points in the grand prix. 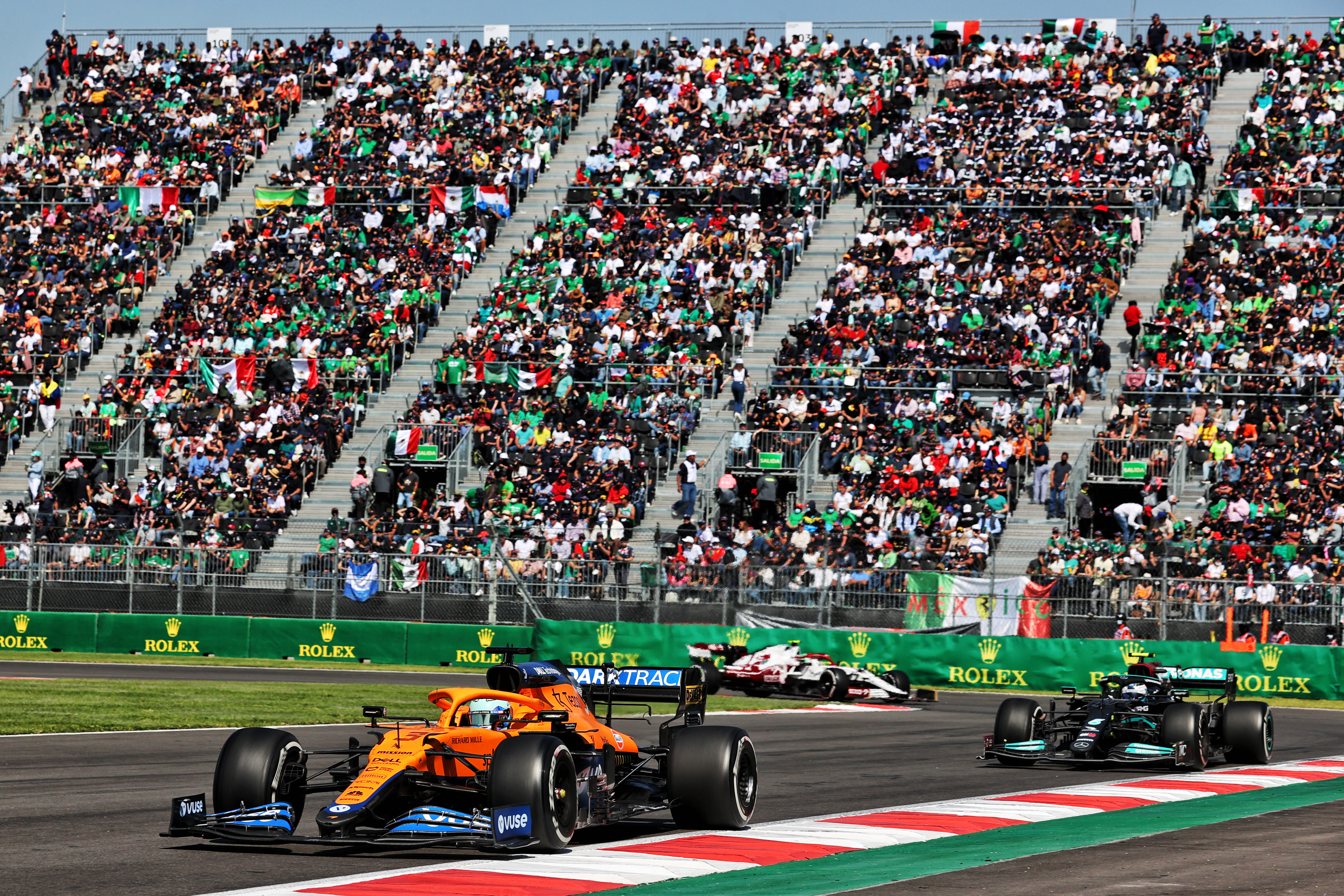 Their clash triggered a secondary accident behind that prompted a safety car so Bottas changed tyres at the end of the first lap, and rejoined behind Ricciardo as the McLaren driver had to pit for a new front wing.

Bottas had no opinion on whether Ricciardo deserved a penalty after the grand prix because he had not seen a replay, but he admitted it “ruined my race” after finishing 15th following two late stops for softs so he could get the fastest lap and take a point away from Mercedes’ title rivals Red Bull and Max Verstappen. 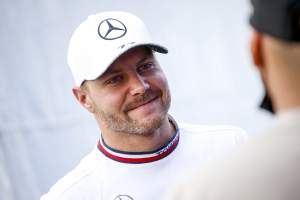 Ricciardo said he spent the grand prix “kind of kicking myself” but he did have a chance to review it before speaking to the media and said it made him “feel slightly better”.

He admitted he locked the brakes briefly “but then it recovered and by the time it got to the apex I was under control, but then the gap was closing and closing”.

“It looked like I locked up in the straightline phase and then actually recovered before turning in and there was just not enough room,” said Ricciardo, who finished 12th.

“Valtteri came across looking like he expected to have some clear track and then there was Perez and me. 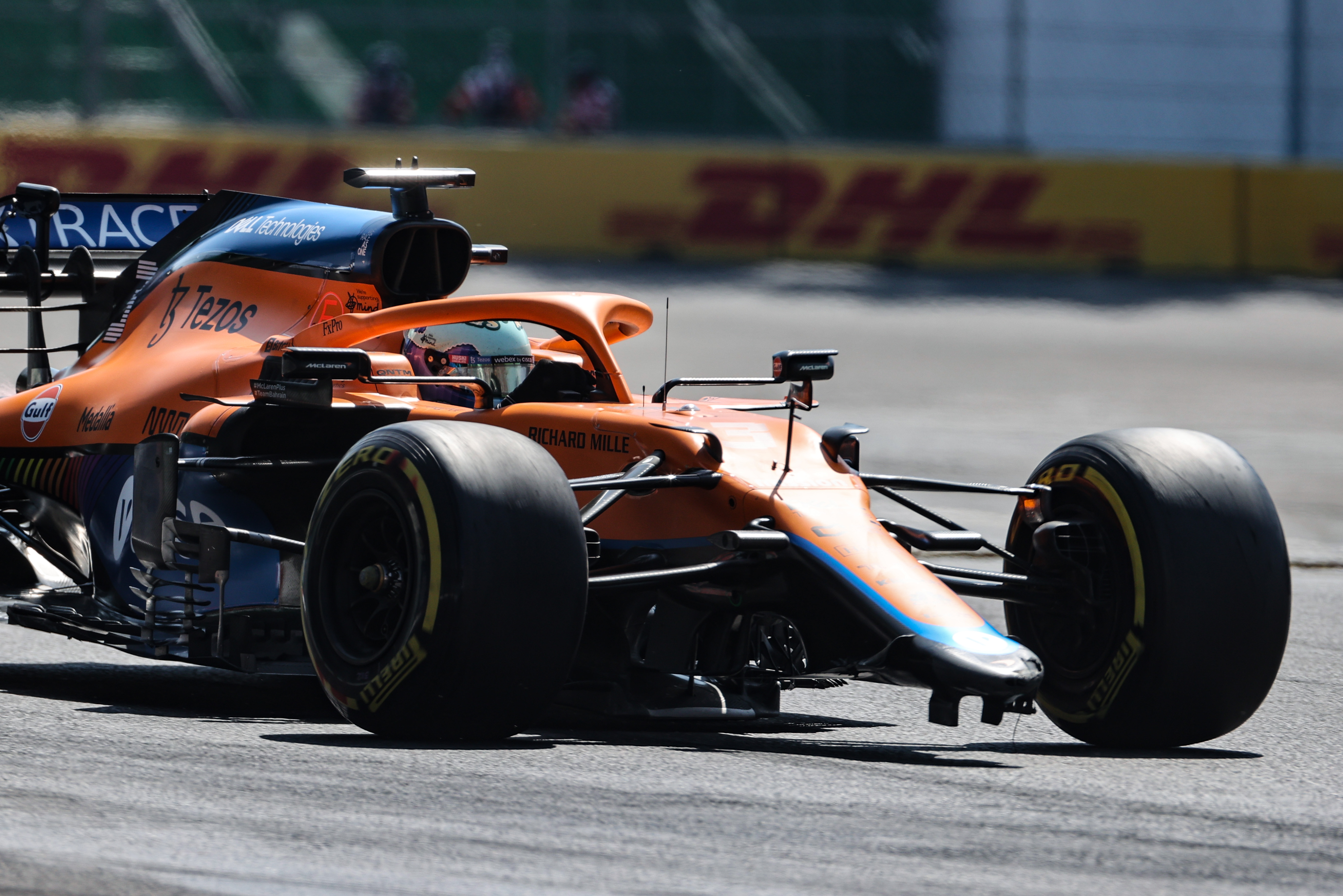 “I don’t really blame Valtteri, obviously I’m the one that hit him.

“But honestly looking at the replay, I just think it’s a first-lap incident.

“It’s a matter of maybe me being optimistic but I feel like it’s one of those gaps that if you don’t go for it, someone else will and you’ll get the short end of the straw.”