Which teams have gained and lost since last weekend?

With the threat of heavy rain for Saturday, which could lead to rivers running across the circuit, Formula 1 teams began Friday practice for the Styrian Grand Prix knowing there’s a chance that qualifying might have to be cancelled.

If that happened and qualifying couldn’t be squeezed in on Sunday morning, then practice two would count for the grid.

This means that everyone needed to give it a bit of a go on Friday to ensure they did the best they could so they had a good time to fall back on. This doesn’t mean everyone used the maximum power modes, but I’m pretty sure most were at least more aggressive than they usually would be in second practice.

This means making a comparison to last weekend’s performance is doubly difficult. But I’m going to look at it compared to Q1, as I’m pretty sure that the teams will have put in a similar effort in that session as they did today in FP2.

I have converted the times to a percentage and they are in last weekend’s running order. That way we can see who has progressed and who has unfortunately stagnated.

If we rearrange that into an order of improvement, we get the following ranking:

As I said after last weekend, I don’t think Racing Point achieved what was expected in the season-opener, so I’m not surprised to see that improvement. Both drivers were in the same vicinity, so that shows this is good, solid, car progress.

So far, Mercedes has looked a bit more ragged compared to last weekend. Lewis Hamilton was not a happy camper, with various off-road moments, and he never really matched Valtteri Bottas at any point in the sessions. Mercedes was looking deep into his car, so perhaps something is askew and it will be found overnight. 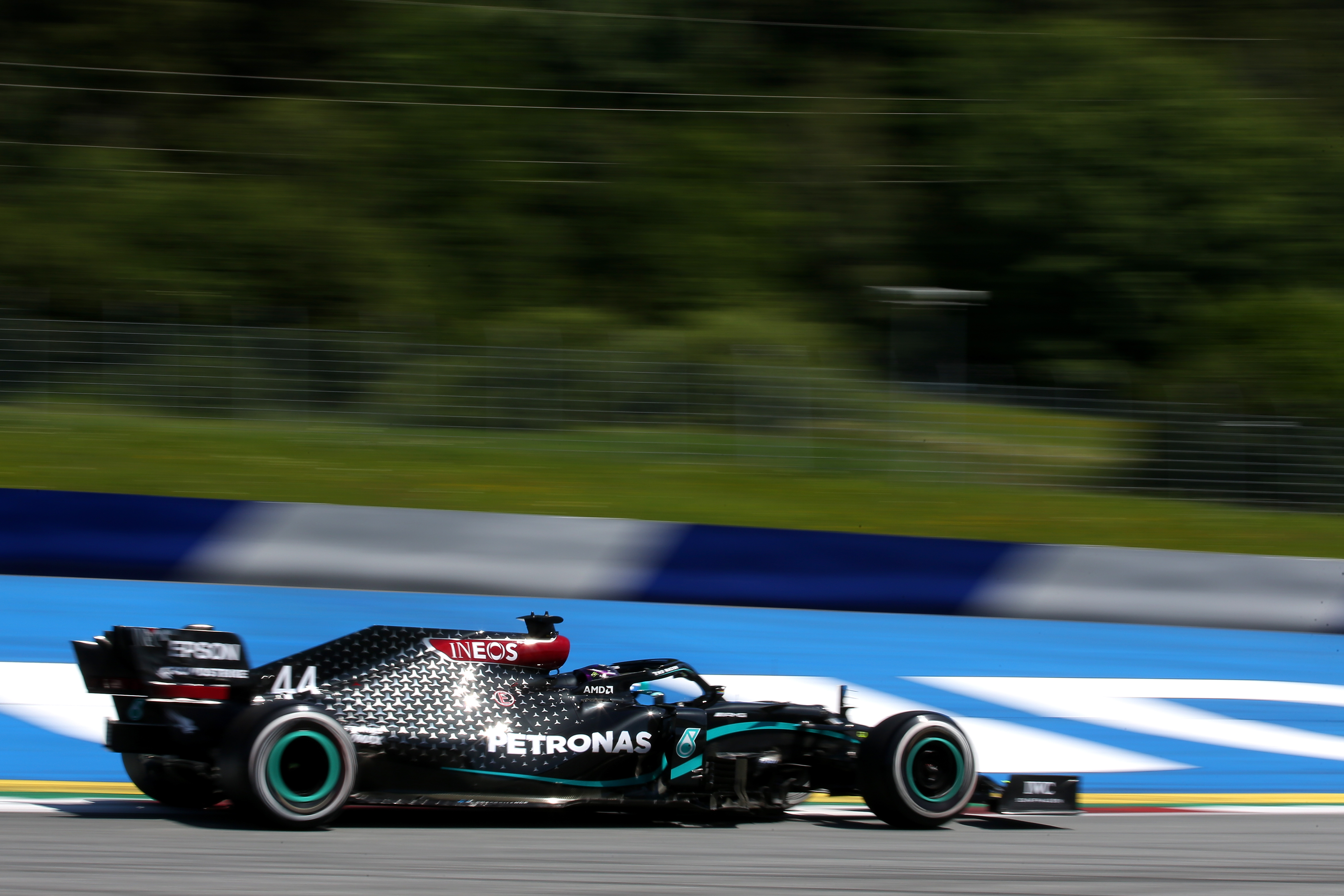 OK, Red Bull is the pacesetter in this comparison, but the car looks nervous to drive. Snappy oversteer is not very driver-confidence inspiring and both cars look very similar. Max Verstappen just has more confidence to sort it out when it happens, whereas Alex Albon tries to stay away from the limit that induces it.

I didn’t really see too much wrong with McLaren. The car looks reasonably stable if a little understeery. Last weekend, McLaren came alive for Q2 and Q3 so once again perhaps it just didn’t give it full beans in Friday spec.

Alfa Romeo had a poor performance level last weekend and an expensive race. We all know that it’s difficult to motivate Kimi Raikkonen during a free practice session, but it doesn’t really look like it has made any progress. 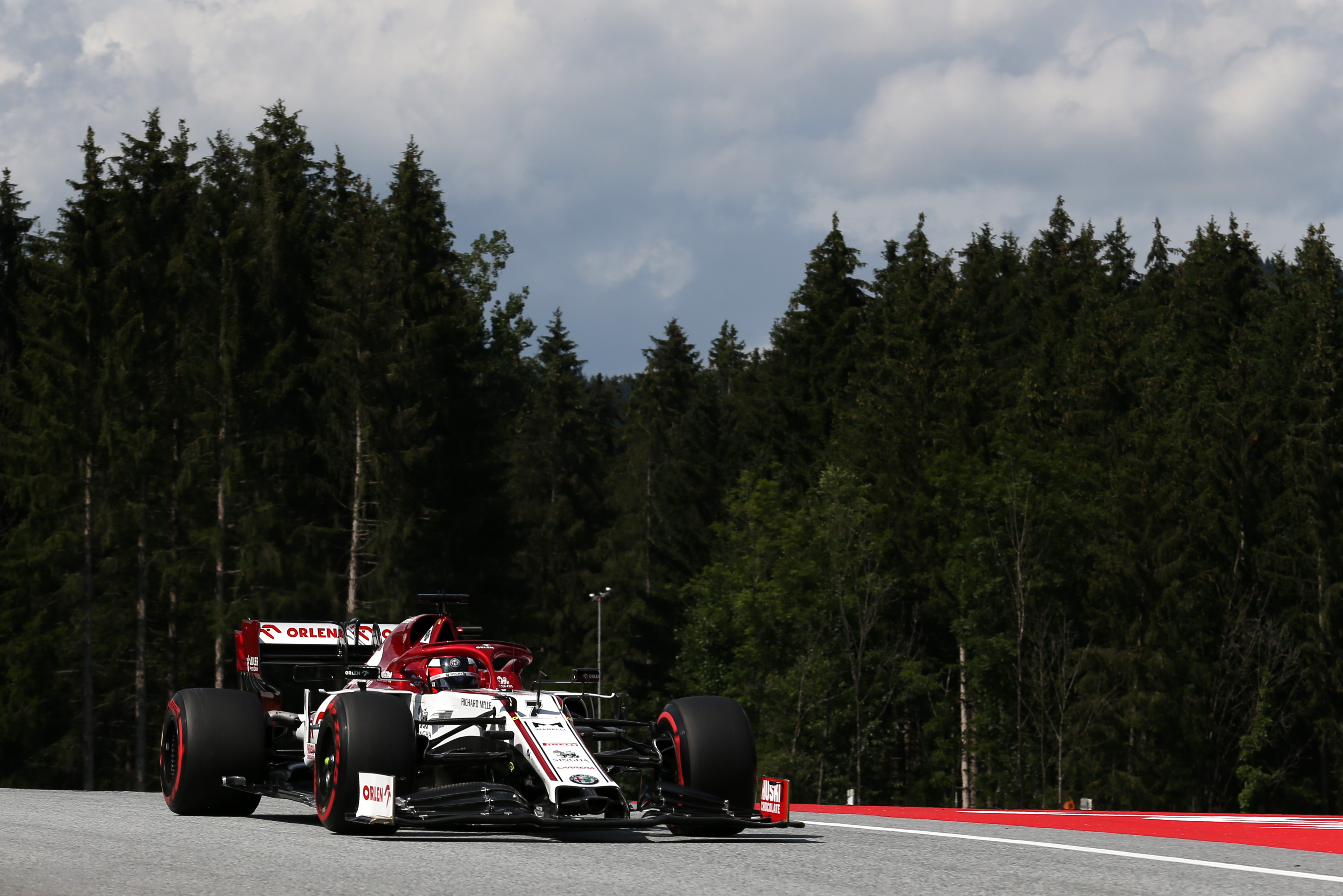 There seemed to be some confusion on who should tow who around the track in FP2! Basically, Pierre Gasly expressed his opinion on how stupid it was trying to get trick when all they needed to do was the best lap they could. It ended up with them tripping over each other so perhaps the times were not a true picture of the performance.

After Daniel Ricciardo’s crash, it was all down to Esteban Ocon but I don’t think we really know where he stacks up yet in his new environment. So we need to wait to see how a proper head-to-head battle works out before really knowing where Renault is.

No matter what the tactics were, Ferrari should not have lost this amount of performance. Yes, it has some new aerodynamic parts but if you screwed up with the initial design and you keep throwing new parts at the car there is a very good chance that you will just screw things up even more. The car looked terrible on the track, with understeer than oversteer. A real handful for the drivers. 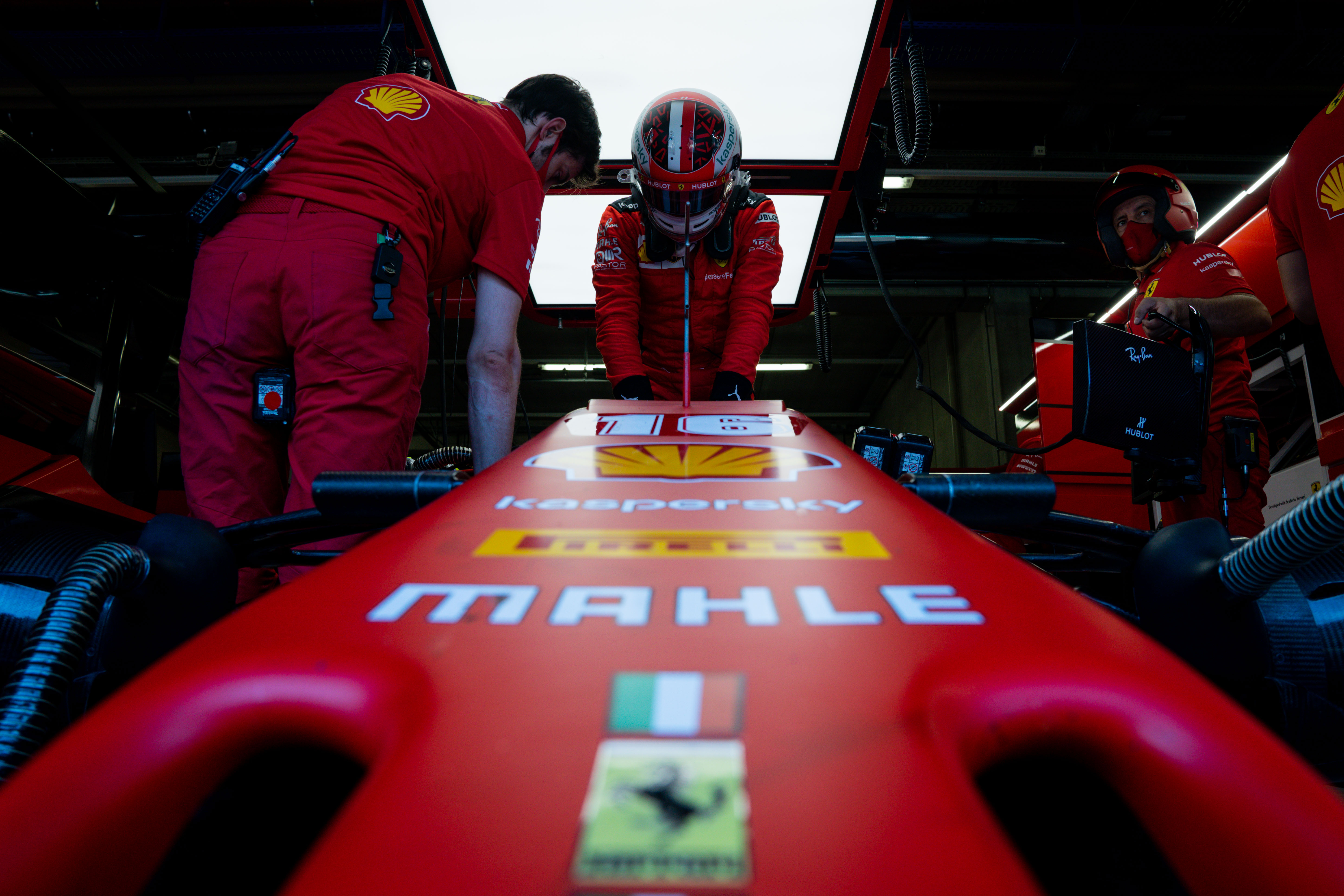 This is the sort of situation in which I would expect Williams to throw down the gauntlet. If this session does happen to be for the grid, today was the day to make it all count. If it really has dropped off by this much then once again it is losing its way.

I think you could say Confucius says ‘Haas are confused’! Last weekend was a terrible one for it. Throughout its time in F1 there have been braking issues and the problem has raised its ugly head again.

There are only two pedals – one to go faster, one to go slower. But Haas doesn’t have the engine to make it do the former or the brakes to do the latter.

After braking problems in last weekend’s race, it has switched to a more conservative cooling package at the expense of a little downforce. 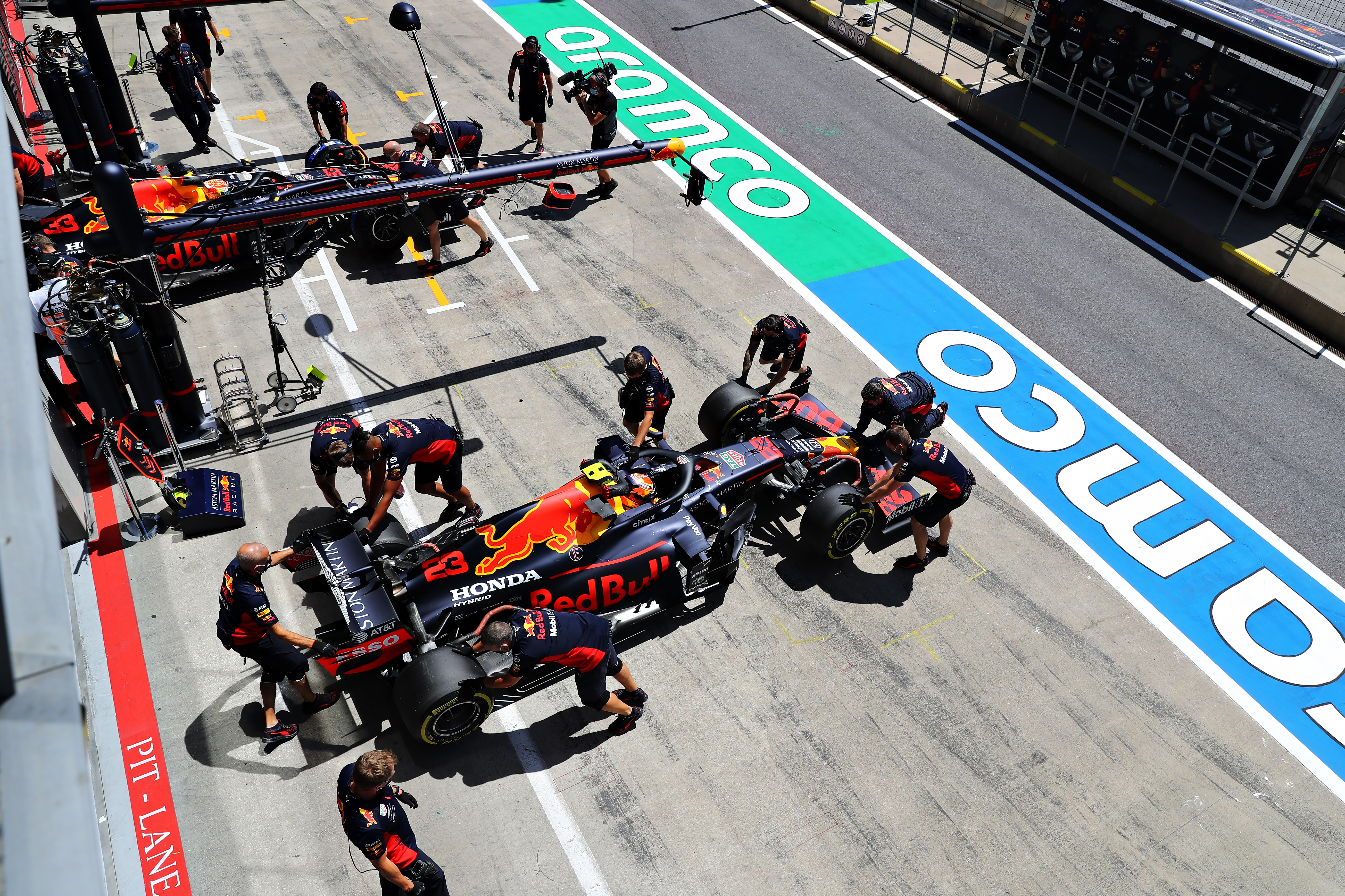 I have to make a lot of assumptions here. But normally a team has a procedure that it goes through each weekend and this weekend should not be dramatically different.

If might just be wet for the FP3 morning session and dry for qualifying, but at least the teams will have gone through their qualifying preparations if that does happen. If it’s just wet for qualifying, then it is start again for everyone.

If, from McLaren downwards, the losses today were just because these teams know more about the weather than the teams that have improved then fine. But sometimes you need to roll the dice.

Those that had a bad weekend last weekend should be the teams that were giving it a shot today. You should never turn down the opportunity of getting one over the big boys, even if it’s a long shot.

Tomorrow will tell, but I wouldn’t be too upset if the grid was as FP2 today. 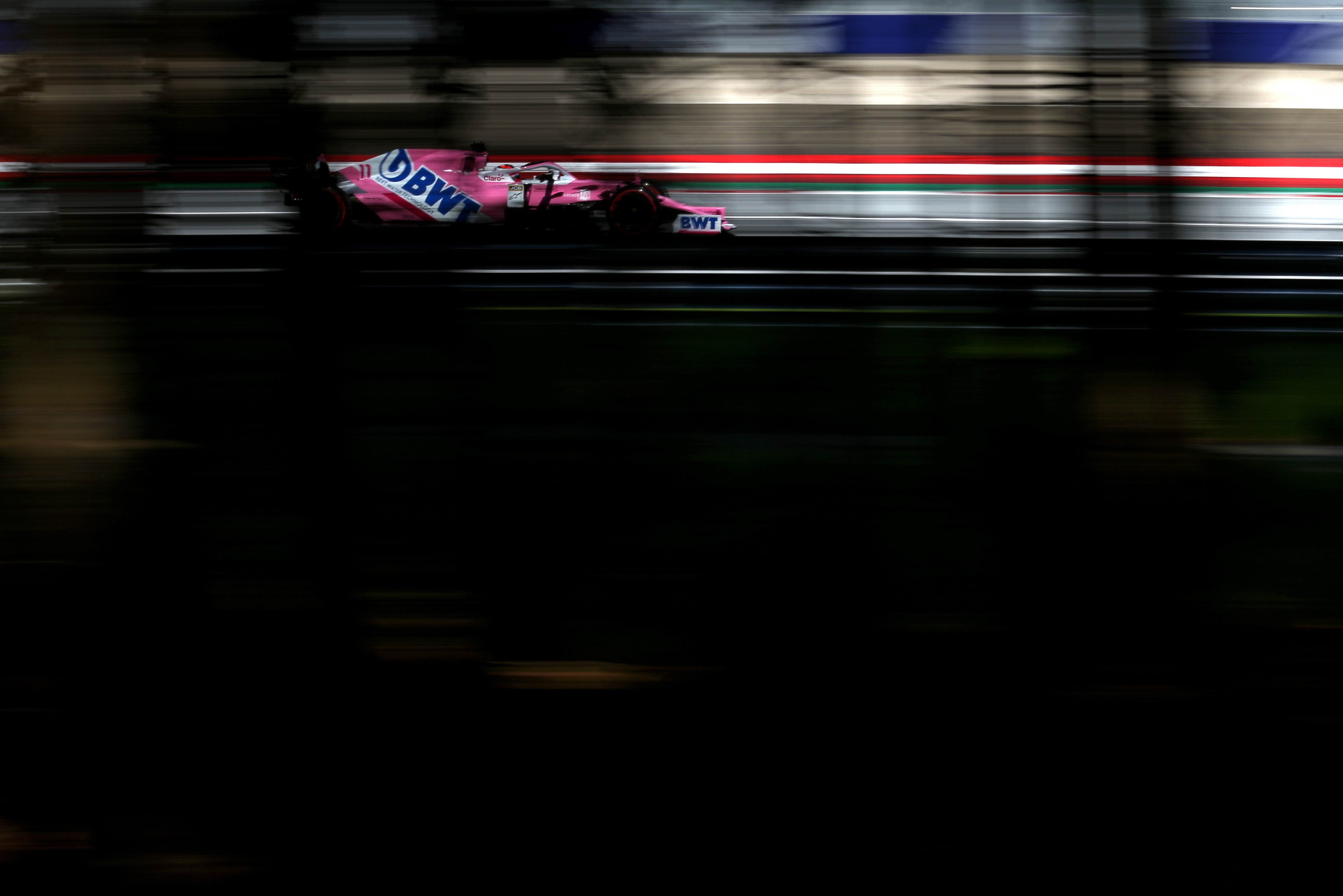