Mercedes’ pace advantage has been slashed this week

Remarkably, the early signs suggested by Friday practice are that the Styrian Grand Prix may show a quite different competitive order to that we saw at the same track last week.

This may just be because the Friday practice sessions were run at a considerably higher track temperature this time around – second practice was run on a track of a scorching 53 degrees C in contrast to 28-deg C for the equivalent session last week. This will completely change how the tyres work and change the performance differentials between each of the three compounds.

However, it looks more than that. It looks like Mercedes is struggling somewhat relative to last week. This was evident in both the qualifying simulation – where Max Verstappen’s Red Bull was quickest, marginally faster than Valtteri Bottas, a car that outqualified the Red Bull by half-a-second last Saturday – and the long runs. 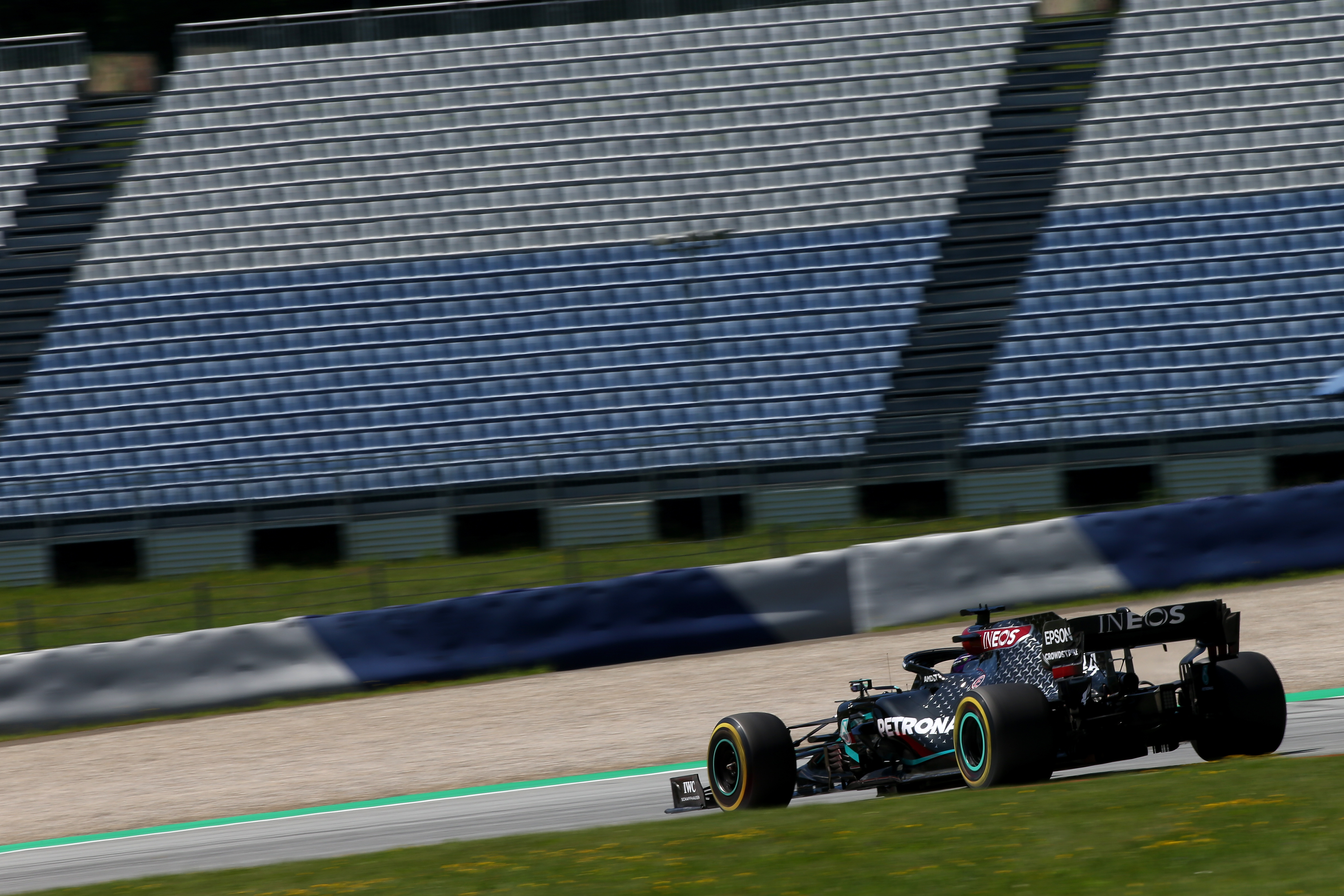 Lewis Hamilton, very unhappy with the behaviour of his car, didn’t even get to complete a serious long run, preferring to have what he described as an inconsistency in rear grip investigated in the garage, where engineers did a cross weight and alignment check but found nothing obviously wrong.

With that imbalance on his single lap runs he went only sixth fastest, behind both Racing Points and Carlos Sainz Jr’s McLaren! This could be of real significance if tomorrow’s planned qualifying session is rained out – because if that is so, the results of this session could form the grid.

Hamilton will certainly be hoping that’s not the case – as it would mean starting from the third row for the second consecutive time, with his likely title rival Bottas on the front row again. 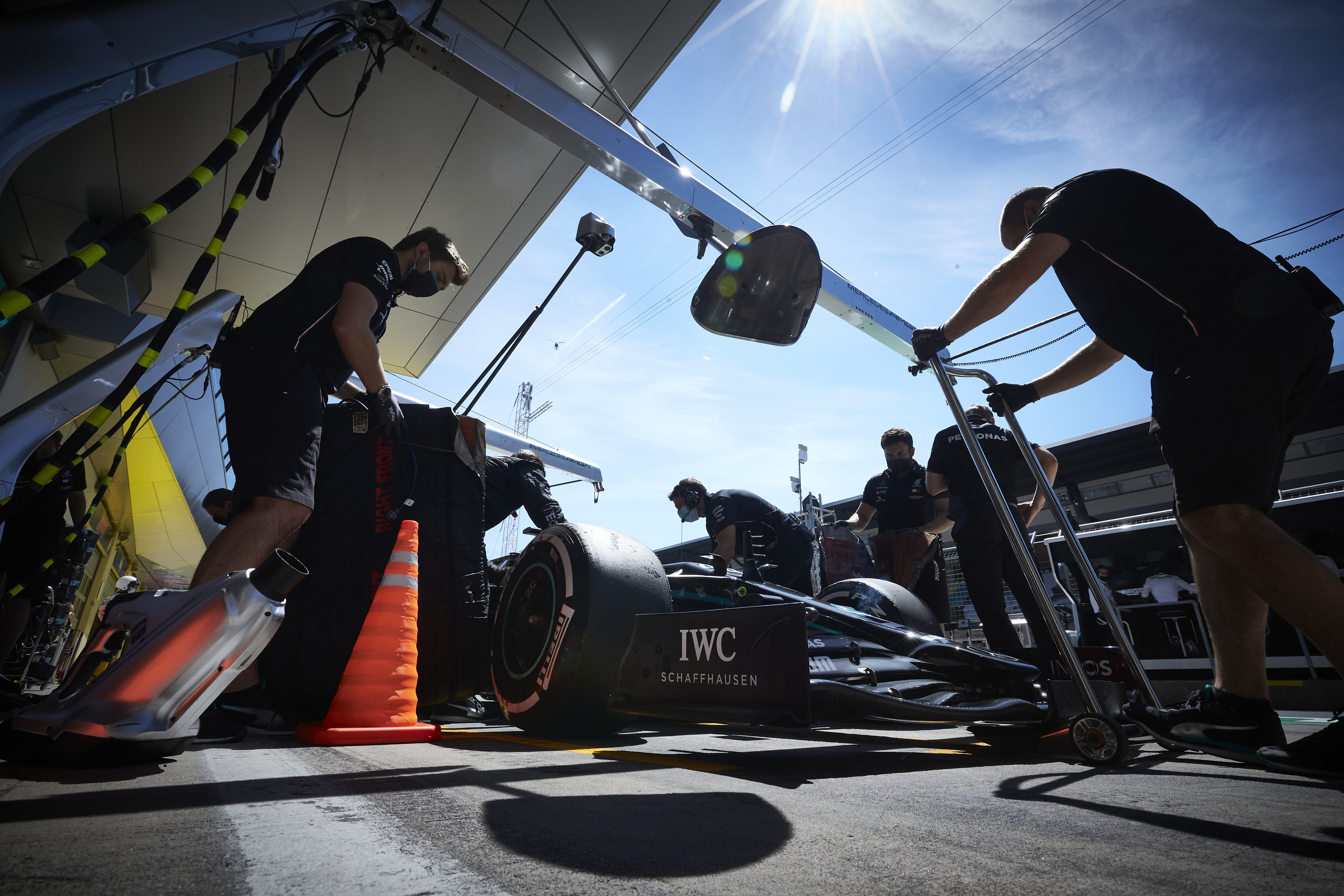 Mercedes was uncertain quite where the answers lay in the immediate aftermath. It was far from obvious. Some of Bottas’ shortfall could be accounted for by the added weight of all the extra monitoring equipment fitted to the cars to try to further the team’s understanding of the gearbox sensor issue that troubled the cars last week. But not all of it.

“A difficult day in the office for us today,” was team principal Toto Wolff’s conclusion. “If you compare to last weekend, it seems to be we have lost some pace compared to ourselves and our competition.”

Bottas’ 16-lap long-run on softs averaged 1m09.493s, compared to Sergio Perez’s run of the same duration, which averaged 1m09.713s. Lance Stroll did a shorter long run, flattering the comparison somewhat, as his averaged slotted between them at 1m09.687s.

The Ferraris had an interrupted session and concentrated on the medium tyre, so giving no obvious comparison. Likewise Red Bull’s running was interrupted – just like last week – by spins from both Verstappen and Alex Albon, both of whom were com plaining bitterly about the RB16’s inconsistent balance. 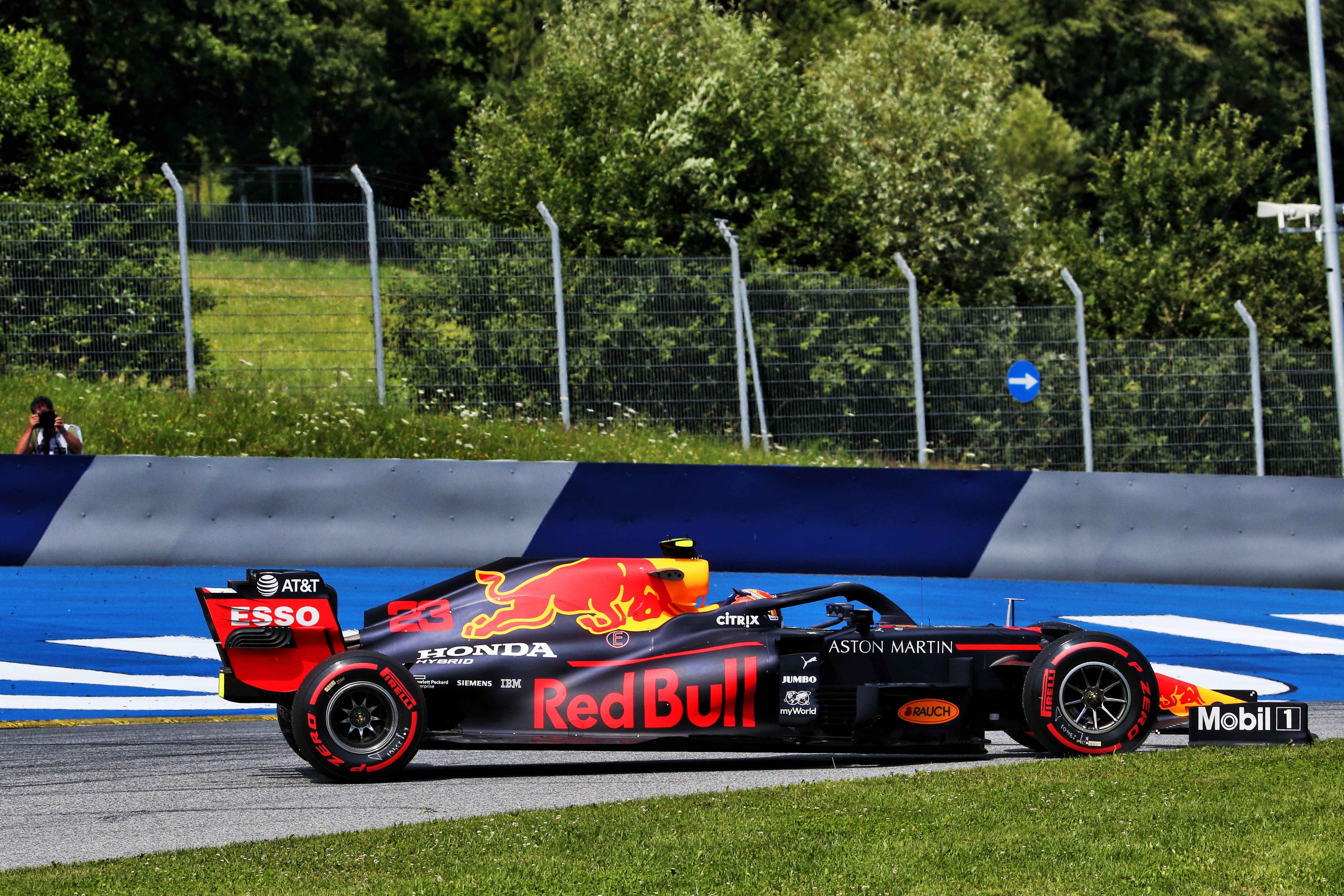 The Red Bull was still slower than Mercedes through the fast corners but faster in the low-speed, especially Turns 3 and 4. Ironically, these were the corners where the Red Bull drivers were experiencing particular difficulties! They were losing less than the 0.2s on the straights they were shy of Mercedes in qualifying last week.

Some teams appeared to treat this session as if it was qualifying; the step changes in performance seen at Racing Point and with Verstappen’s Red Bull certainly suggesting qualifying engine modes. Mercedes, for its part, did not use these modes but rather a halfway house between normal Friday and qualifying modes.

Generally, the times were much slower than those recorded in qualifying last week – but not for the Racing Points and Verstappen, all of which went quicker, with Verstappen’s best lap 0.183s better than his third-fastest qualifying time of last week.

Perez improved by 0.017s and Stroll by 0.213s. The average of the top-10 however was a full 0.448s slower than qualifying. Bottas’ best lap was 0.764s slower than his pole time of last week, with Hamilton a whopping 1.4s slower. The McLarens and Ferraris were significantly slower too. 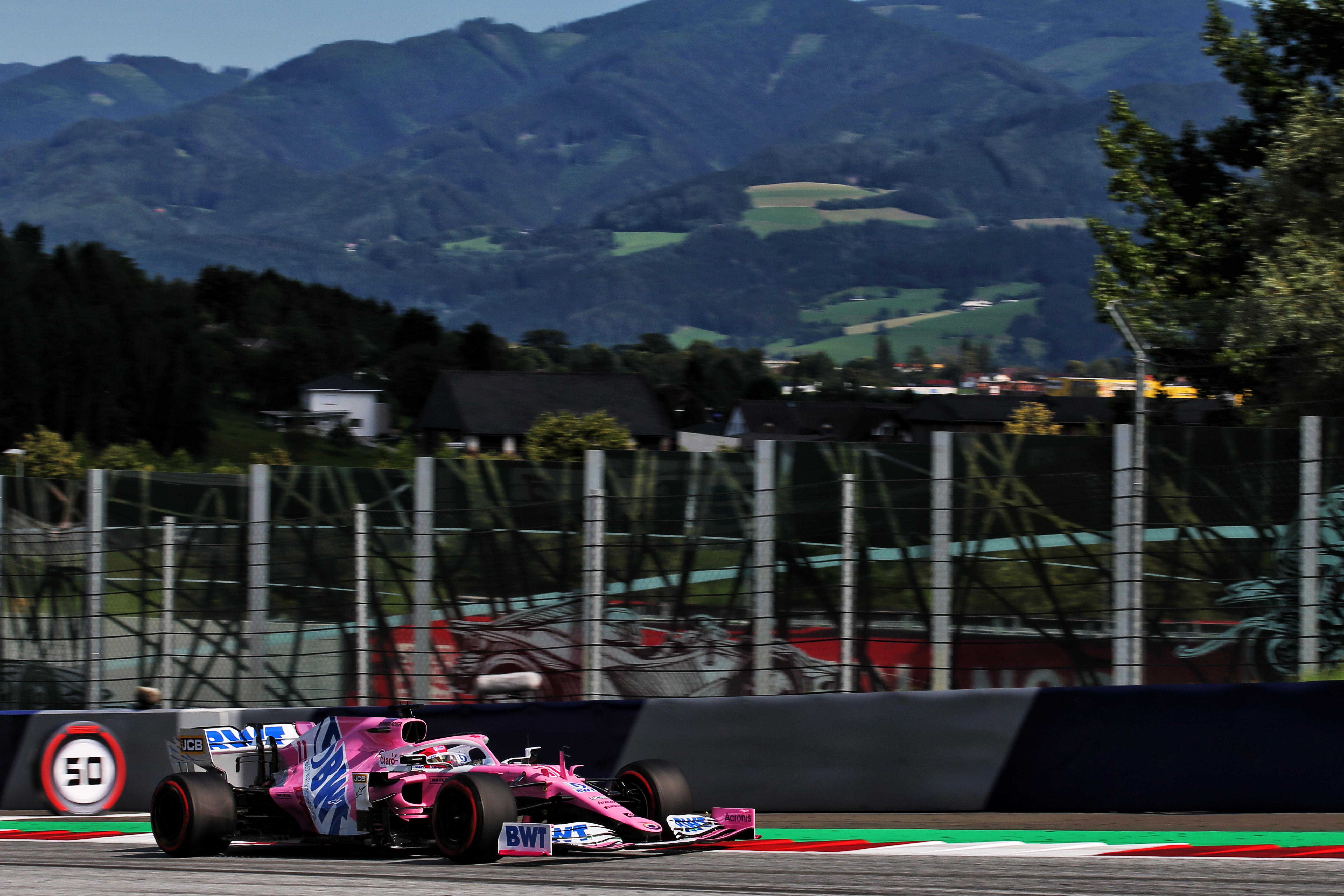 Behind Racing Point, it’s no surprise to see Renault and McLaren in close company. Esteban Ocon put in a decent long run on the softs that suggested Renault had made progress with its car in race trim – one of its objectives this weekend. Without data for Ferrari on this tyre, which it did not use, we can assume it will likely slot into this group.

The picture at the back of the field was also a little different to last week, although once again AlphaTauri held seventh place and will likely end up in a class of its own. 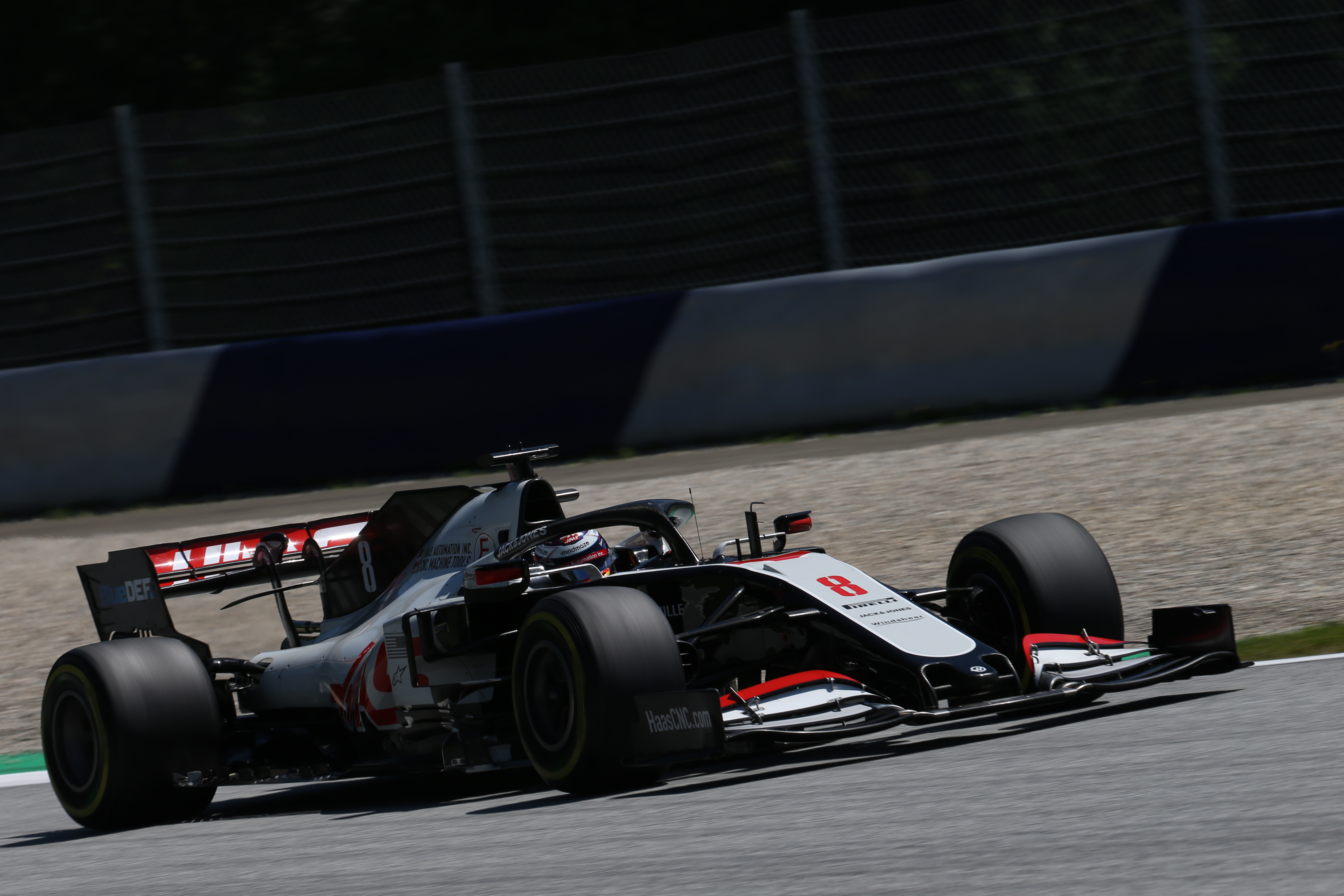 But at the back, with the necessity for Haas to switch to what Romain Grosjean called its “emergency” cooling specification – costing it a small but not trivial amount of rear downforce – the way is opened for one of Alfa Romeo or Williams to head the ‘Class C’ group at the back.

In Austria last weekend, Williams outpaced Alfa Romeo in qualifying but it was the other way round today. If Haas has indeed slumped to the back – and it has certainly had to sacrifice some single-lap pace to maximise its hopes of reaching the end of the race – then that will be the battle to watch in Q1. 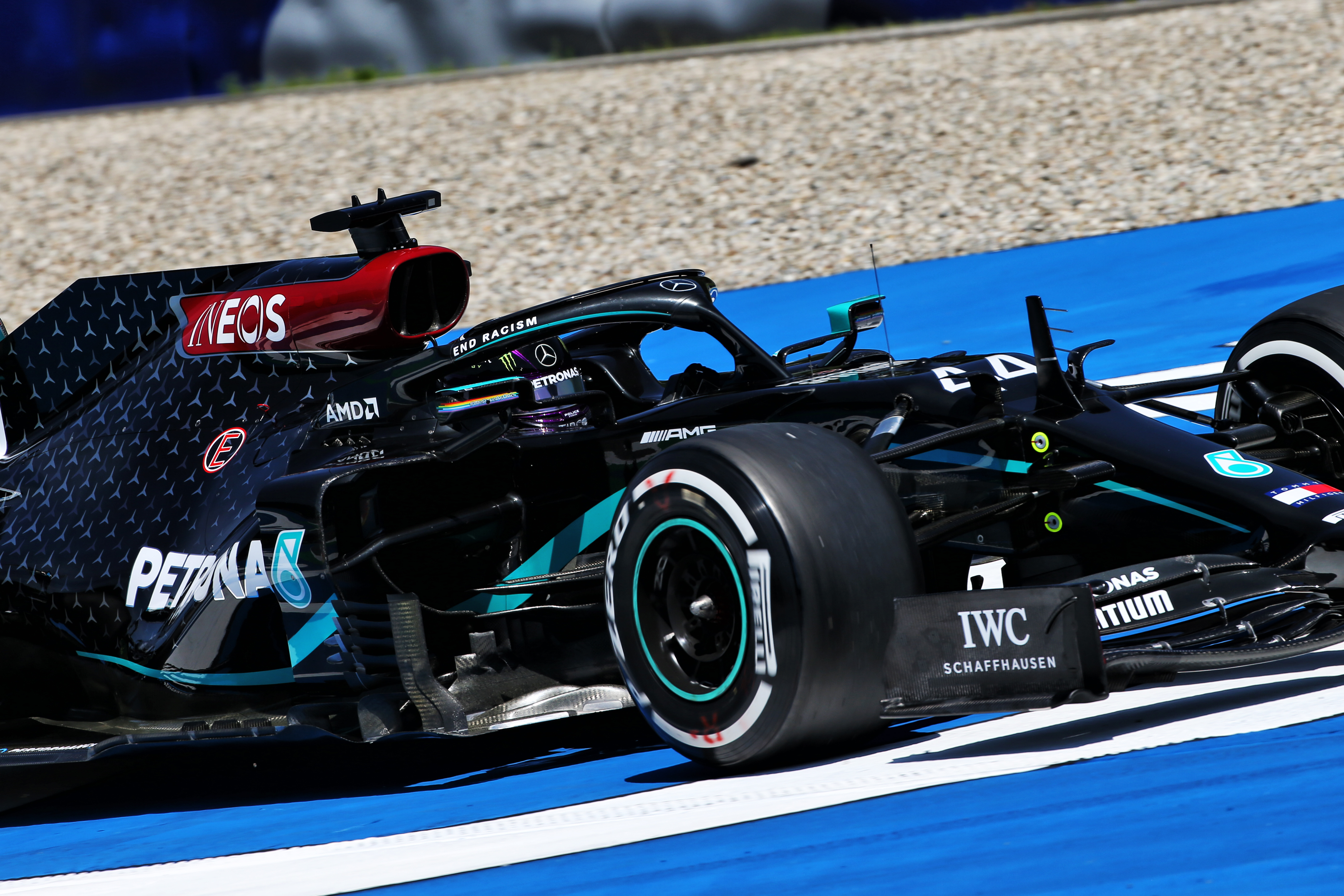