Fernando Alonso has “almost no interest” in the 2021 Formula 1 season and has told Renault to “forget about” it and prioritise the new 2022 technical rules, says Cyril Abiteboul.

Two-time world champion Alonso will rejoin the F1 grid next year with Renault, which has been locked in the midfield battle since its works team returned in 2016.

Alonso spent what appeared to be the final four years of his F1 career growing increasingly frustrated in the F1 midfield with McLaren, but believes Renault offers one final chance to fight at the front again when new car rules come into force in 2022.

He has already said he is “relaxed” and “aware” of what is to come in 2021, when this year’s cars will have mechanical parts carried over to save costs amid the coronavirus pandemic, because Renault is currently still only scrapping for points finishes.

Renault team boss Abiteboul said Alonso has already made it clear the team needs to look beyond next year.

“I think with Fernando he knows Formula 1 inside out on-track and off-track,” said Abiteboul.

“Just to give you one idea of the things he can bring, he’s got this capability in building a plan, building a strategy.

“Not just for the race team but also for the whole Formula 1 programme. 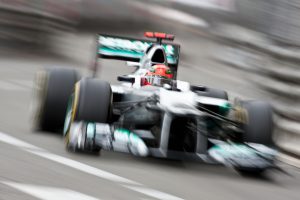 “He will be racing with us in 2021 so you could think he has an interest in making sure we are as competitive as we can but actually he’s saying, ‘Look guys, forget about 2021’.

“And this sort of thinking, this ability to have this experience that in Formula 1 you build success years in advance and by sacrificing the years before, it has happened every single time in the history of Formula 1.

“That is the sort of philosophy that he can bring which is extremely helpful for me as a manager of the team, but for lots of people bringing a little bit of calm in the team is useful.”

Alonso told media including The Race this week that he sees Renault as matching its ambition to return to the F1 podium and believes it has the necessary qualities to do so in 2022.

He also downplayed the significance of his age – Alonso will be 39 at the start of the 2021 season and 40 when the more relevant 2022 season begins.

That led to criticism that Renault should have chosen a younger driver, like one of its Formula 2 protege Guanyu Zhou or Christian Lundgaard.

Abiteboul said in the same press conference as Alonso that the Renault Sport Academy still had a place and those proteges were hurt by the coronavirus pandemic delaying the start of the season.

Addressing the issue again at the Red Bull Ring on Friday, Abiteboul said: “As for young drivers like Guanyu Zhou, the main difficulties that we have with them this year is with the delay to the season start we don’t know at this point in time if they would be eligible for a superlicence at the end of the year, which would be mid-December.

“And the simple question is, can we afford to wait until mid-December to find out if him or Christian Lundgaard could be one of them for next year? Simple as that.

“It doesn’t mean that we have a lack of interest, or commitment or loyalty for bringing them into Formula 1, we will do that, that’s part of the programme.

“That’s part of the commitment to them and I will make sure it happens.

“But there was a bit of difference in timing this year. And we are obviously very happy to go for this option with Fernando which arguably he is one of the best drivers in Formula 1 history, so why would you refuse?”