Stewards made Verstappen call without forward onboard camera

The decision not to investigate Max Verstappen for his defensive move that ended with him and Formula 1 title rival Lewis Hamilton off the track in the Brazilian Grand Prix was made without reviewing his forward facing onboard camera.

Hamilton tried to pass Verstappen for the lead on the outside of Turn 4 and was alongside the Red Bull, but Verstappen ran deep into the corner and both had to take to the run-off.

The incident was noted by the stewards but ultimately no investigation was deemed necessary, which allowed Verstappen to keep the lead before Hamilton passed him at Turn 4 a few laps later.

Previous cases of a driver forcing another off the track have resulted in a five-second penalty. 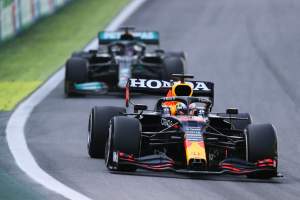 After the incident, FIA race director Michael Masi had interactions with representatives from both teams. Red Bull said “that is all about ‘let them race'” in its call to Masi.

Masi said that policy, which effectively takes a more lenient stance to encourage racing, is what the stewards ultimately decided to apply.

As the incident was noted the stewards did take an initial look at it but only had use of the footage that was being broadcast live at the time, which included a helicopter shot and Hamilton’s forward-facing onboard.

But the onboard camera being broadcast from Verstappen’s car at the time was the rearward-facing one. 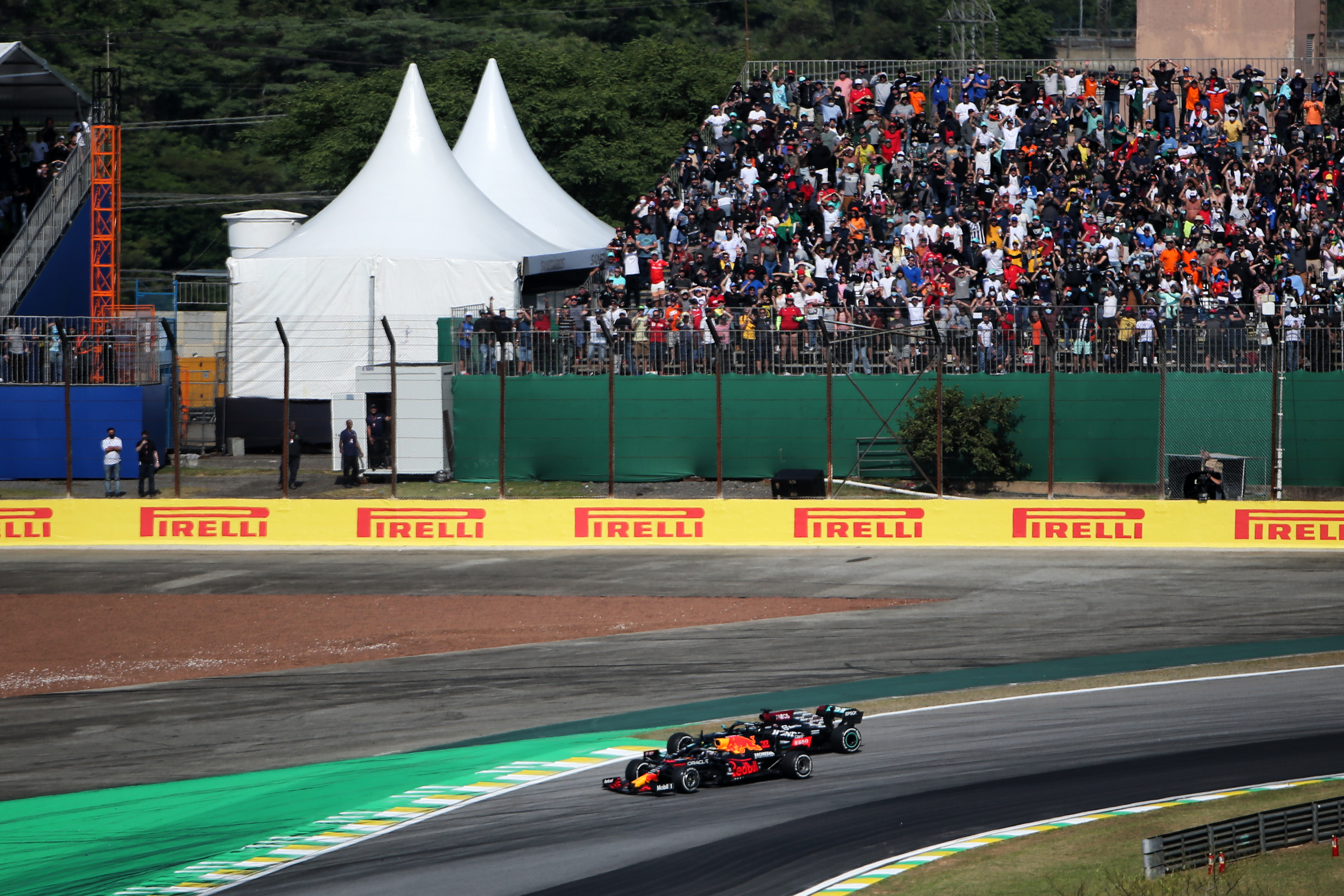 Masi admitted this was “potentially” a piece of defining evidence “but we didn’t have access to it”.

This footage will be reviewed subsequently as will other angles that are not available live.

“It hasn’t been obtained but it’s been requested,” Masi said.

“That will be downloaded and we’ll have a look at them.” 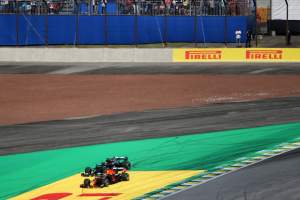 As the incident did not lead to a full investigation, the stewards also would not have reviewed the telemetry from Verstappen’s car showing his entry speed, braking point and steering inputs.

Masi said that was the difference between what they check when an incident has been noted and deciding on an investigation that means “a complete in-depth look, listening to radio, looking at telemetry”.

Earlier this year, in Austria, the stewards punished Lando Norris and Sergio Perez for separate incidents that were simply explained as two cars being “side by side” on the entry of the corner and then on the exit the offending driver was judged not to give the car on the outside enough room and they were forced off the track. 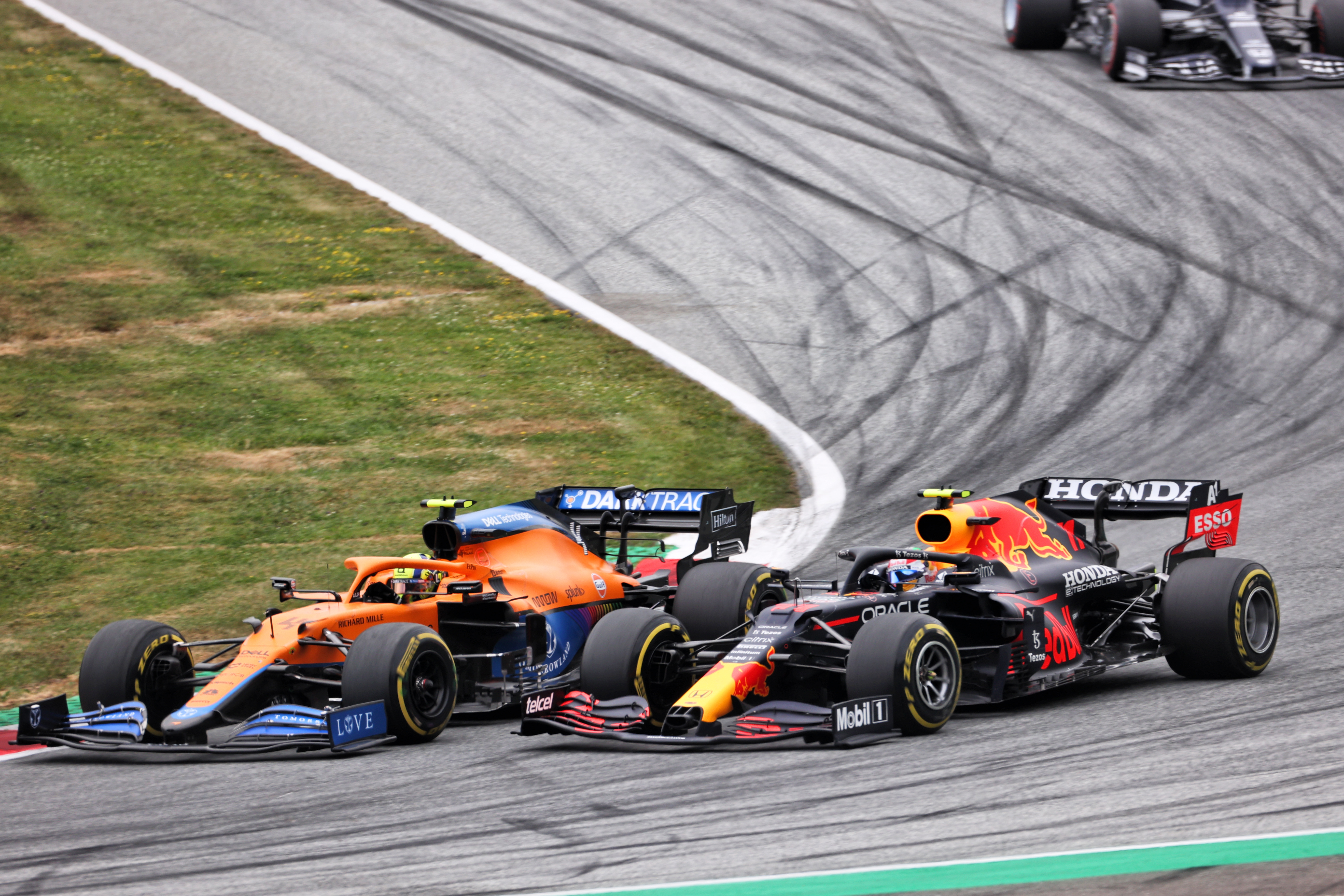 “And let’s not forget we have the overall ‘let them race’ principles and looking at it with all of the angles that we had available it was that philosophy that was adopted.”

Asked by The Race what specifically from this meant the ‘let them race’ principle should be applied, Masi said: “If you look at the proximity of the cars heading into the apex, where it is, the nature of the corner, the fact both cars went off, neither car lost position or anything like that – that was probably the general view.”

Masi said as they were “give or take side by side” it was “for the benefit of everyone to let them race”.