Lewis Hamilton bounced back from a somewhat difficult Austrian Grand Prix weekend to stick his Mercedes W11 on pole for the Styrian GP by over a second, issuing yet another reminder of the otherworldly talent that has made him a six-time Formula 1 world champion.

Amid his dominance, however, a few other standout performances further down the grid risk falling through the cracks.

Below, The Race’s F1 writers select their non-Hamilton stars of a memorable rainy qualifying at the Red Bull Ring. 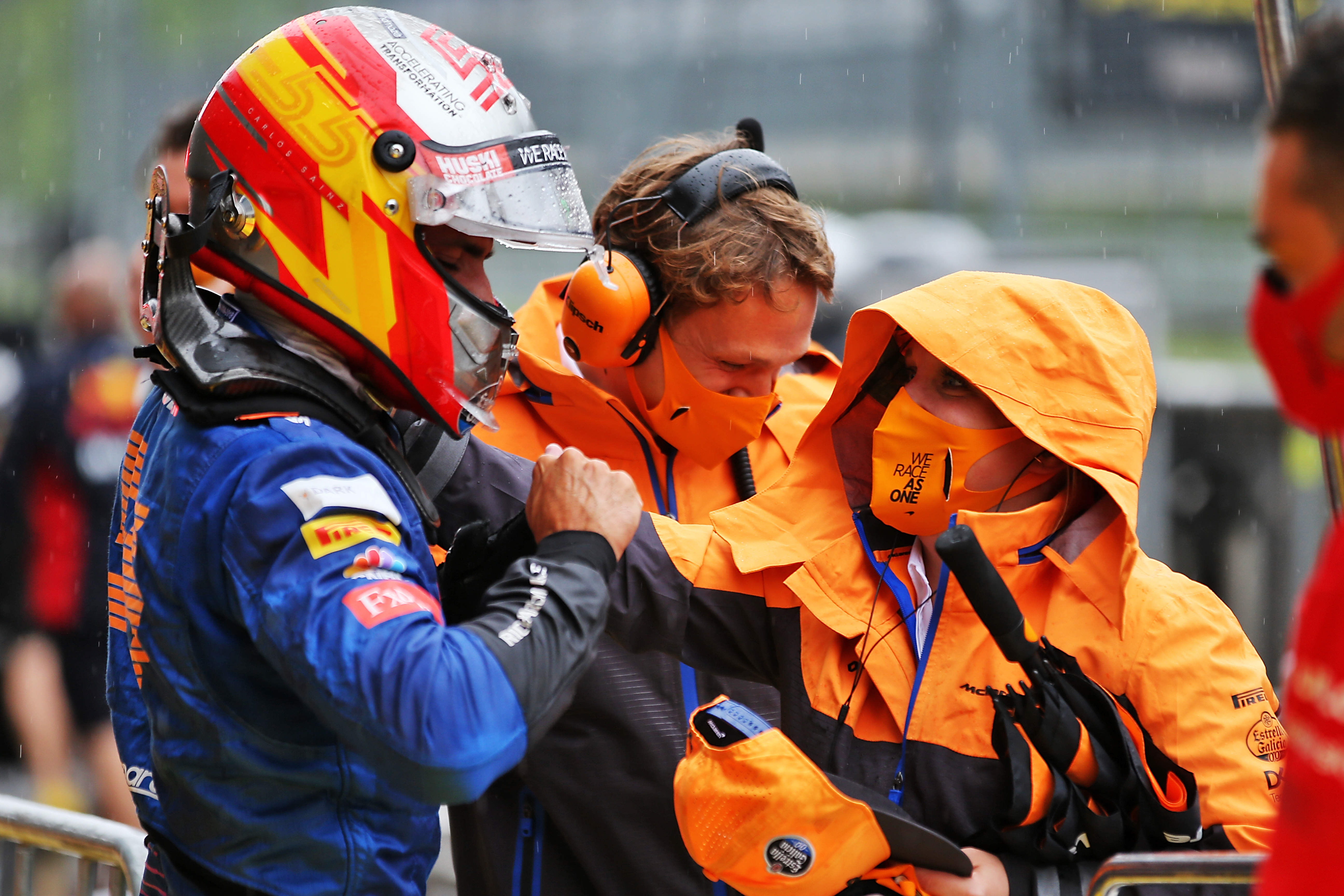 All the plaudits last weekend went to Lando Norris for his first F1 podium but McLaren team-mate Sainz was quietly very good as well, and now he has his moment in the …rain?

Sessions like that are all about confidence and timing. It’s no good having a headline-grabbing start early on in Q1 then crashing out or failing to make it through.

Sainz did everything right to avoid tripping up and then when it really, really counted he found another level and put in a mighty lap time to secure third on the grid.

McLaren might need a bit of fortune to contend for these nosebleed-inducing positions, but damn if it doesn’t have the drivers capable of making their own luck as well. – Scott Mitchell 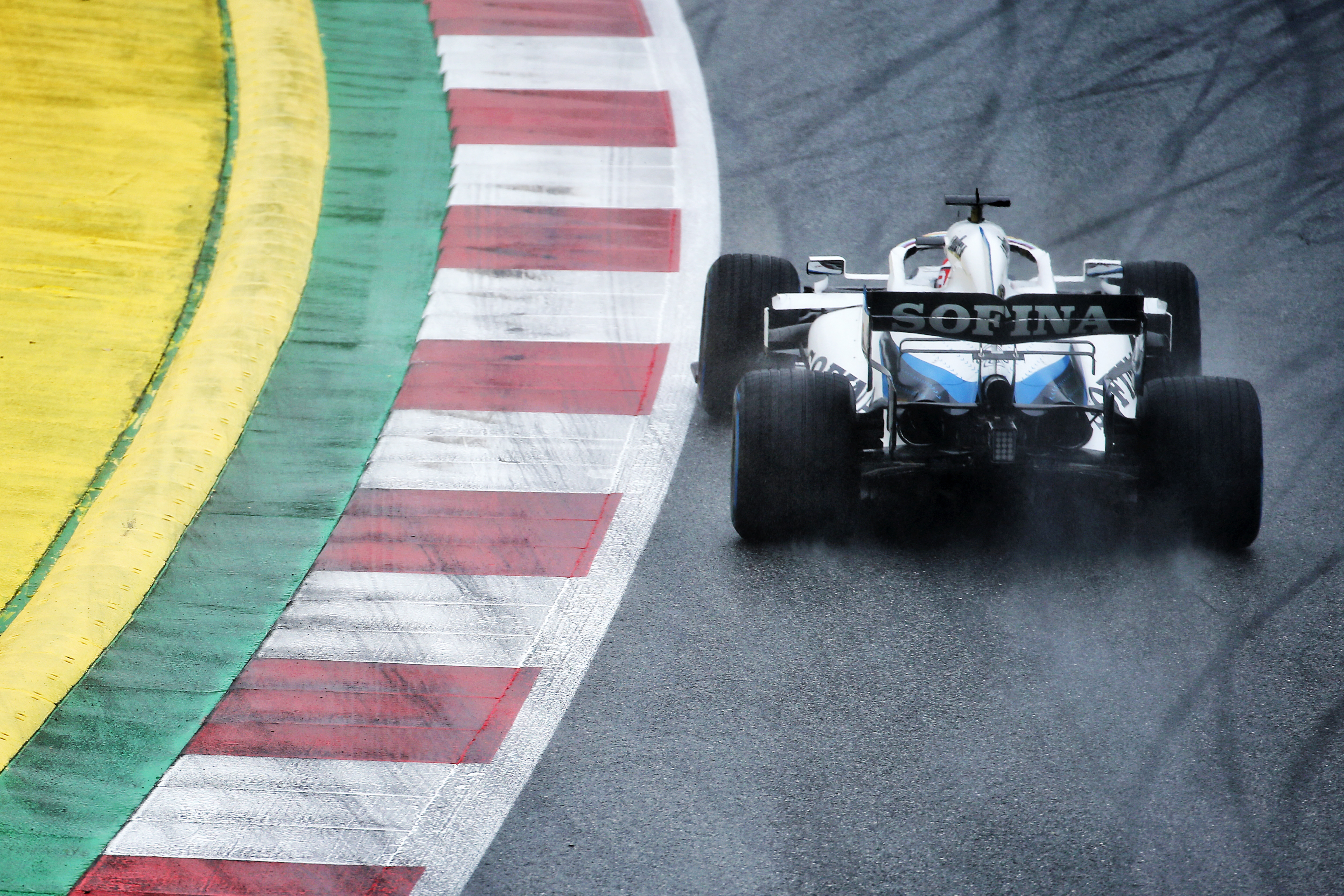 Russell did a fantastic job – not only for transcending the level of his Williams to qualify 12th, but staying calm and making the crucial right calls.

In Q1, as the others were improving whole chunks by the lap, he pitted early for a new set of wets, found the space and simply delivered. It was a great lap that put him 12th, a full 0.7s clear of the cut-off point in a car that on technical merit tends to hover at around that cut-off, though it did seem to be using its tyres well, as Nicholas Latifi was also going well early on.

But Russell’s Q2 lap eclipsed even his Q1 effort – a scant 0.09s slower than Charles Leclerc’s Ferrari, absolutely on merit on his last remaining set of wets.

It was difficult to adequately rate him last year when in a car so far off the pace, but now with a Williams that can at least race with the pack, we are seeing the potential superstar credentials. – Mark Hughes 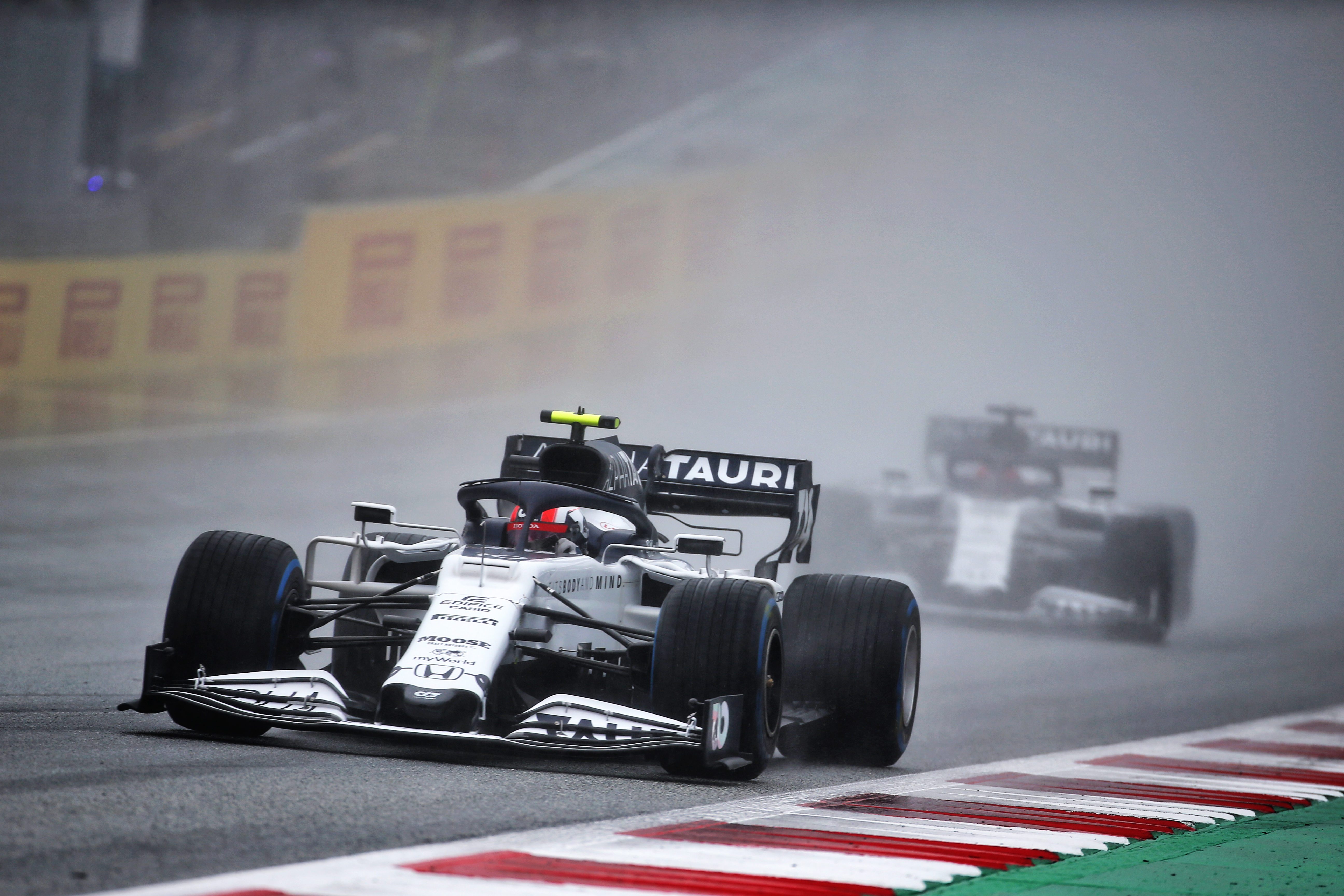 The curious thing about Gasly’s qualifying was that it could’ve so easily turned into a properly bad day at the office. He was in the Q1 drop zone with a few minutes left on the clock, and was in a far-from-safe 15th when Antonio Giovinazzi smacked the wall at Turn 10, but was able to improve to a more comfortable position with no immediate red flag forthcoming.

From there on, he flew. Though team-mate Daniil Kvyat looked more comfortable in Q1, he endured a scruffy Q2 and was therefore roundly beaten by Gasly in their intra-AlphaTauri qualifying head-to-head for the second week straight.

And though Gasly’s final finishing position of eighth (which will turn into seventh on the grid thanks to Lando Norris’ penalty) may have actually been a relative disappointment given he’d popped up in third on a couple of occasions in Q3 and looked to have the outright pace to run with any midfield car, it’s still a result he and the AlphaTauri squad would have taken, no questions asked, if offered right after Friday practice. – Valentin Khorounzhiy 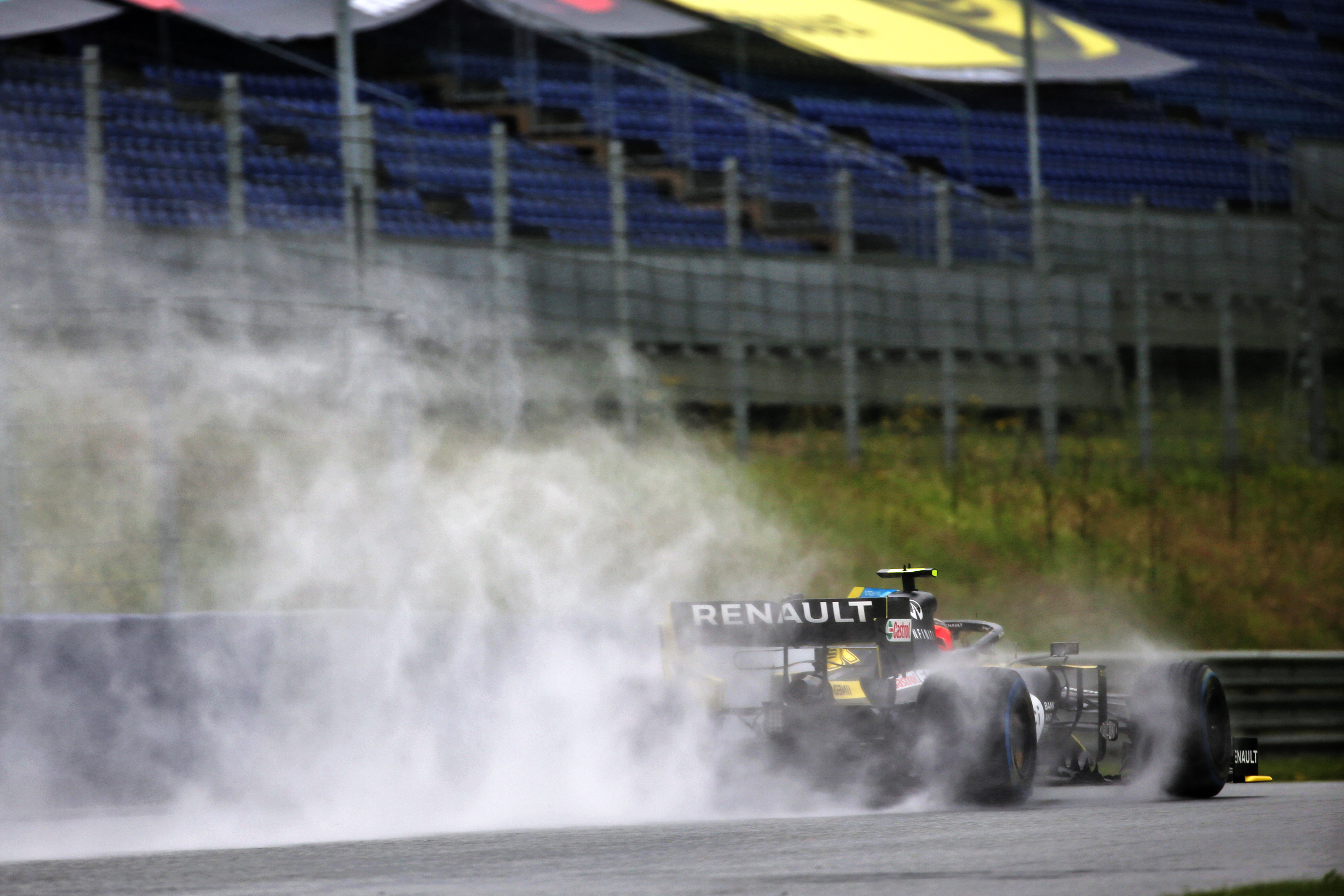 Ocon was in the mix to be as high as third but for perhaps pushing that bit too hard on the final sector on his last lap – although it’s difficult to be sure as the onboard feed switched to the driver-facing camera, but did show lots of sawing at the wheel!

He drove with great confidence and sensitivity to the available grip during qualifying to get in the mix at the sharp end. After a disappointing Saturday last weekend, this was exactly what he needed to remind everyone how good he is after 18 months out of racing.

He also outpaced team-mate Daniel Ricciardo by 0.270s, which is a good effort on only his second outing for Renault. While perhaps he will feel he could have been a couple of places higher than his eventual fifth, this was a fine performance that lays the foundations for a strong result in Sunday’s race after spending too much time in traffic in the lower midfield last time out. – Edd Straw 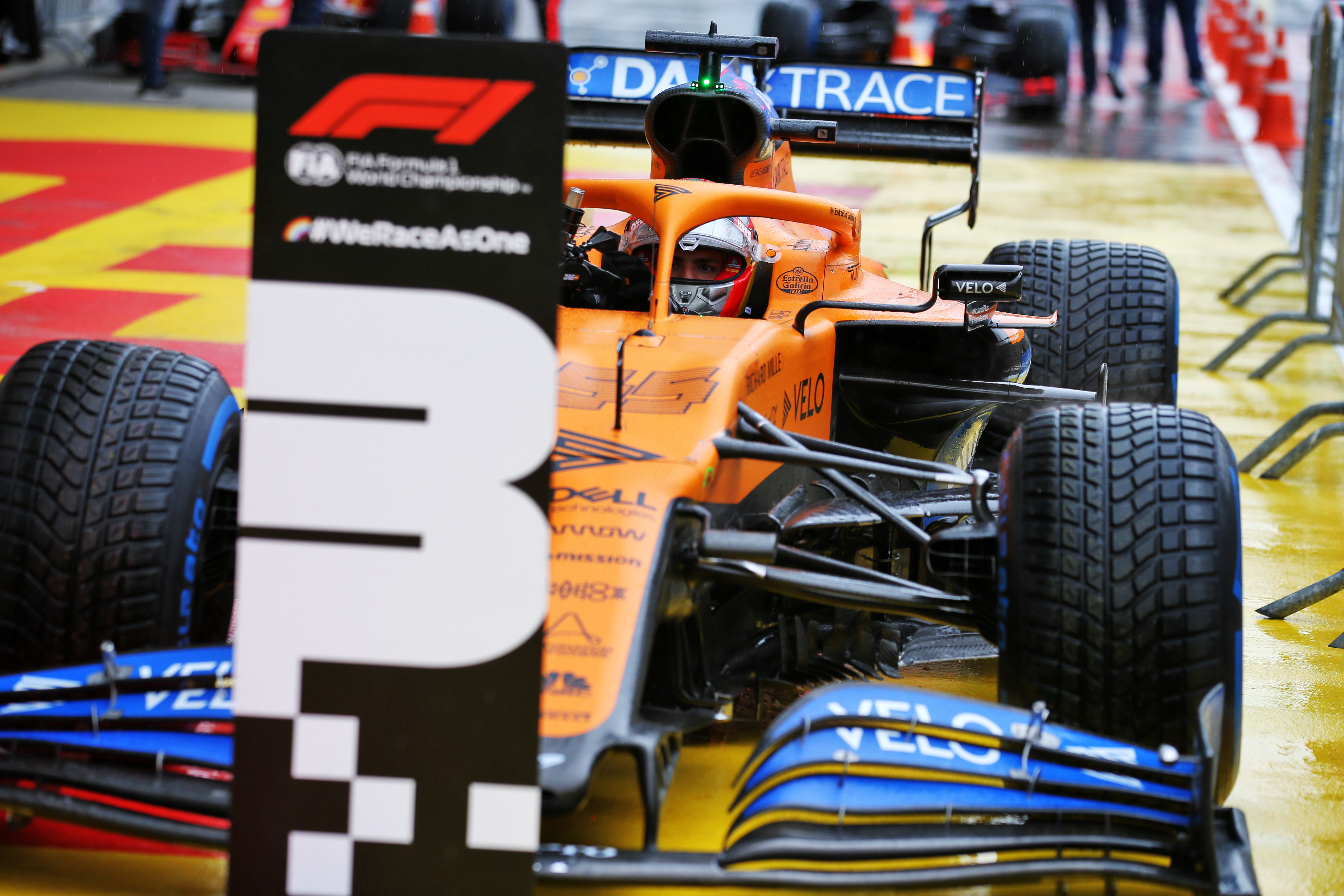