‘Not what you expect from a champion’ – Hamilton angry at himself

Reigning Formula 1 champion Lewis Hamilton was left “incredibly disappointed in myself” after he crashed on pitlane entry and then again on his final lap during Russian Grand Prix qualifying in Sochi.

Hamilton was a heavy favourite for pole, with Mercedes believed to be the car to beat around the Russian circuit and his main title rival Max Verstappen virtually skipping qualifying altogether after incurring an engine change grid penalty.

But rain threatened to mix things up, and though Hamilton topped the first and second segments of qualifying in wet conditions, his bid for pole came undone in the final segment.

The seven-time champion hit the outside wall while entering the pitlane after his first Q3 run on inters, prompting a lengthy wait for a change of front wing. 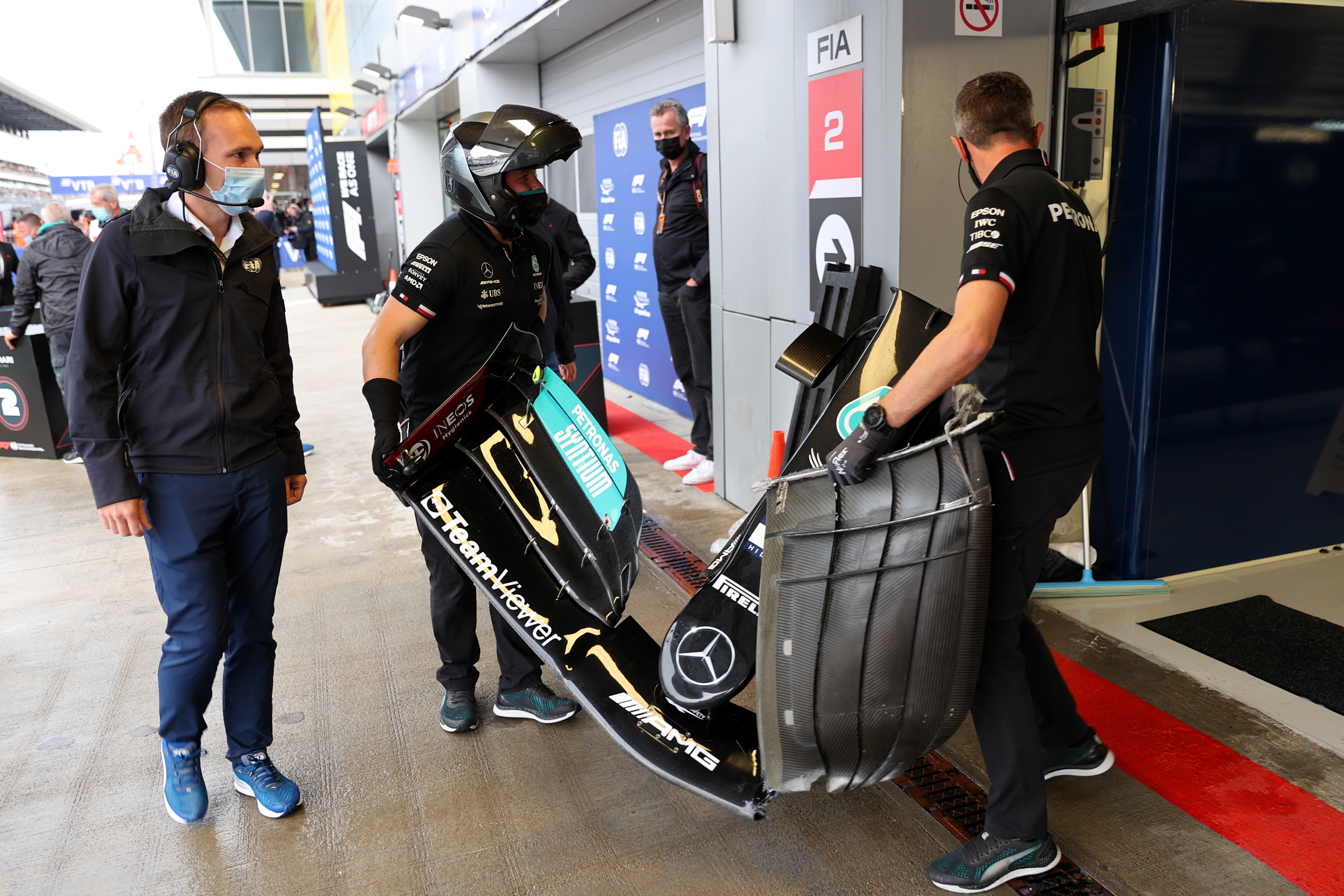 Having already been among the last ones to head for the pits to ditch the inters in the first place, he struggled to get his softs up to temperature in a short amount of time and was slow through the first and second sector on his decisive final push lap.

Relegated by fourth by other slicks runners who fared better, Hamilton then spun and went rear wing-first into the barrier in the chicane in the final sector.

Seemingly describing the initial pit entry incident, Hamilton told SkySportsF1: “It’s just a mistake from myself only. Incredibly disappointed in myself.

“Up until then I was in the groove, I was really in the zone, and yeah, I’m really sorry for the team that are here and back at the factory, because obviously that’s not what you expect from a champion. 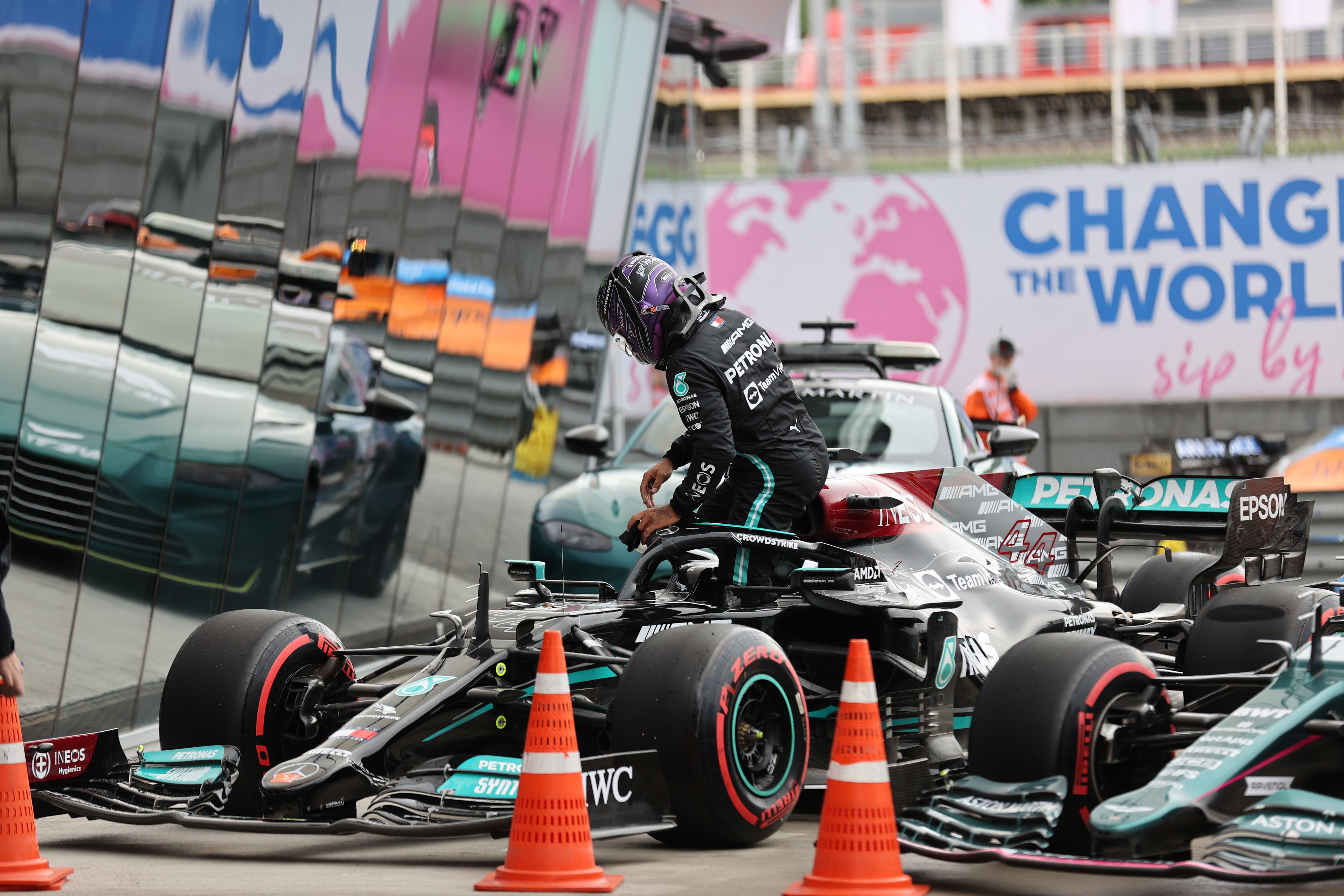 “But yeah, it is what it is and I’ll do my best tomorrow to try and rectify it.”

Though Hamilton did manage to get his Mercedes back into the pits after the late barrier tap, he hinted at concern over the state of the car.

He is currently due to start fourth, behind McLaren’s Lando Norris, Ferrari’s Carlos Sainz and Williams’ George Russell, which still theoretically puts him in a position to capitalise on Verstappen’s back-of-the-grid start.

“The guys up front have good pace, and… it definitely won’t be easy, and I’m just going to say my prayers and hope that the car can be fixed and it’s hopefully okay for tomorrow.

“But yeah, look, these things are sent to try us – I feel terrible right now, but I’ll turn into a positive and try and do the best. But you’ve got a Brit on pole, which is great, so congrats to Lando.”