The Monaco Grand Prix has agreed a new deal to remain on the Formula 1 calendar until at least the 2025 season.

Monaco is F1’s most famous race but its future was at risk as F1 owner Liberty Media questioned some long-held unique benefits enjoyed by race organiser the Automobile Club de Monaco. 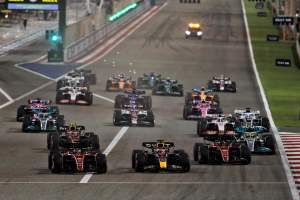 The cost of the race, its TV direction and control of advertising around the circuit were all cited as problems, as was the race’s traditional end-of-May date.

ACM president Michel Boeri and Liberty bosses clashed over a renewal around this year’s race but negotiations continued and the situation improved sufficiently for Monaco to be included on the 2023 F1 calendar that was announced on Tuesday.

It has now been revealed that F1 will race in Monaco until at least 2025, with Boeri claiming a renewal is “likely”.

It means the future of a classic F1 race is secured at a time of significant calendar upheaval.

France has disappeared yet again and Belgium’s future is unclear despite the legendary Spa track getting a one-year reprieve for 2023.

The 2023 calendar, which stands at a record 24 grands prix, includes a new race in Las Vegas and the returns of Qatar (which only made its debut in 2021) and China.

F1 is keen to add a race in South Africa as well and the bulging calendar means some European races are likely to move onto a rotation from 2024 onwards.