Romain Grosjean’s long-time Haas team-mate Kevin Magnussen says the mistakes Grosjean made in his Formula 1 career took credit away from his “phenomenal” one-lap pace that made him “something special”.

Grosjean’s F1 career has been prematurely ended by the massive crash he suffered in the Bahrain Grand Prix, which he escaped with only burns on his hands but those injuries were sufficient to rule him out of the subsequent Sakhir race.

He hoped to return for Haas for his farewell grand prix in the Abu Dhabi season finale but opted to return home to Switzerland to continue his recovery and avoid jeopardising his long-term health.

Grosjean departs F1 as a 10-time podium finisher and a reputation as an incredibly quick driver but one who was prone to mistakes, some of which were spectacular. 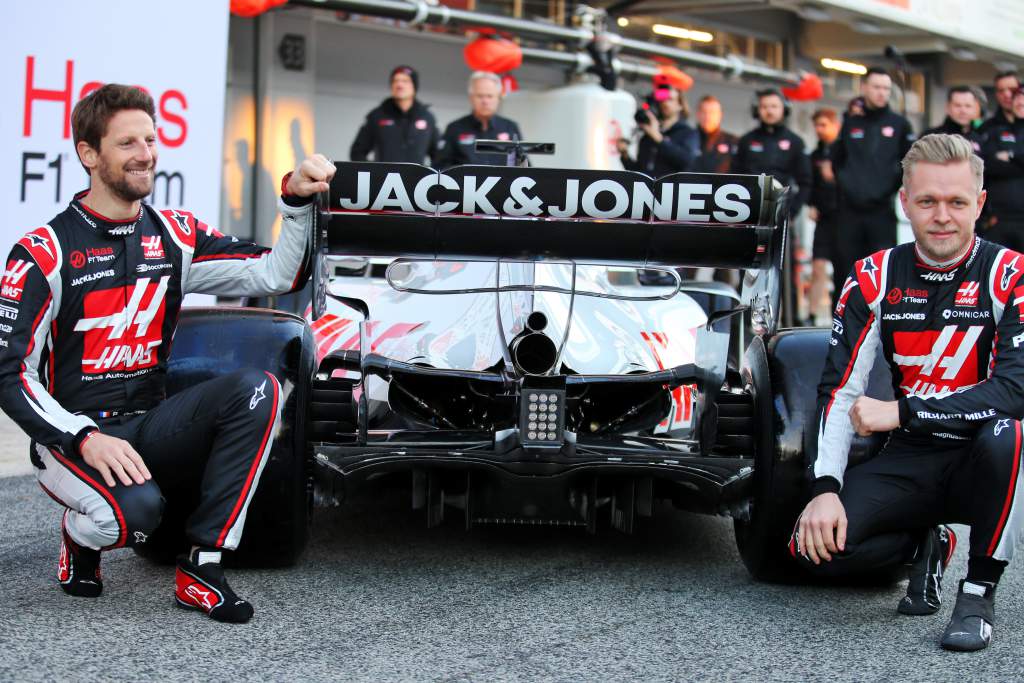 Asked by The Race what F1 has lost with Grosjean’s exit, Magnussen said: “What I experienced with Romain is an incredibly fast driver on one lap. Not that he’s not quick in the race, he’s super quick in the race as well, but especially in one lap he is something special.

“I think having him as a benchmark, especially in qualifying, has really made me a better qualifier. You seriously need to get it right to beat Romain in qualifying. 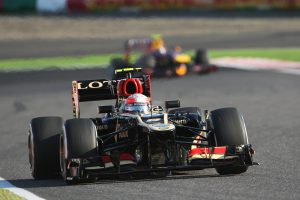 “It’s hard to imagine that anyone can be much quicker than him, because on his day he is phenomenal on one lap.

“Formula 1 is funny because I think Romain made has made some mistakes in the last few years that have gained a lot of attention and kind of taken away from him some of the credit he should have been given for his abilities in the car.

“Because I think my personal feeling is that there’s not a lot of people that can be faster than him on one lap.”

Grosjean’s best spell in F1 in terms of peak results came with Lotus in 2012 and 2013, a period in which he scored nine of his 10 podium finishes including two second places and a front-row start.

He finished seventh in the drivers’ championship in 2013, two places behind his then-team-mate Kimi Raikkonen.

But he also had moments like the start of the 2012 Belgian GP where he caused a massive first-corner accident and was banned for the following race in Italy. 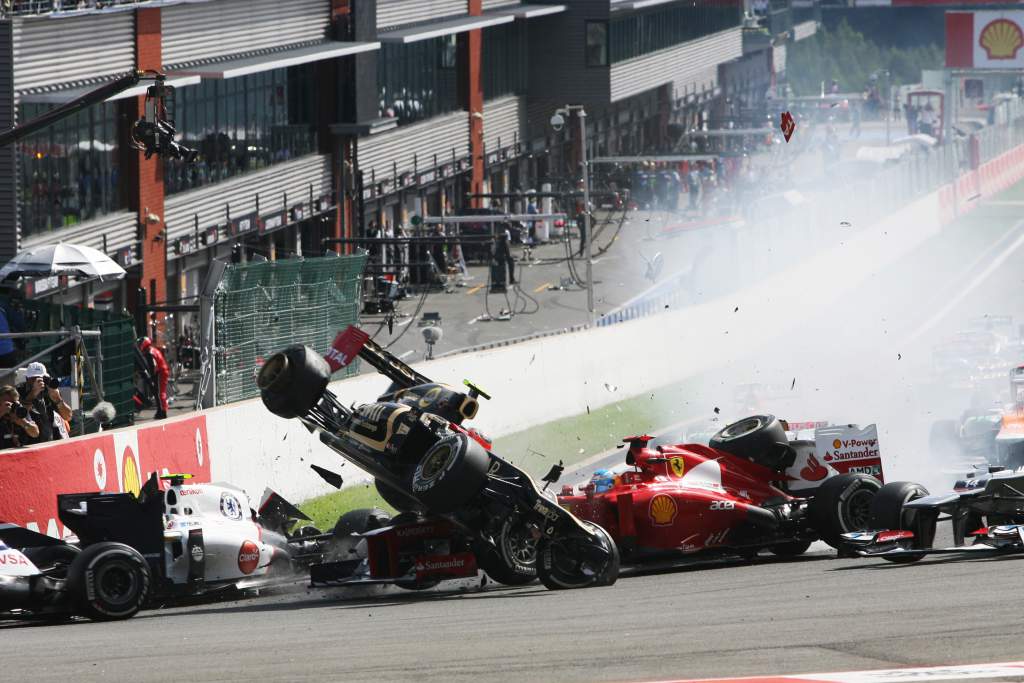 In subsequent years Grosjean has continued to enjoy massive peaks, leading the Haas team he joined for its inception in 2016, but has also made errors that have triggered derision – such as crashing under the safety car in the 2018 Azerbaijan Grand Prix.

“He had a lot of speed when we raced each other or were team-mates on one lap and I think in the race he could be very good,” said Raikkonen on Thursday in Abu Dhabi.

“But often in those days he was a bit all over the place too often.

“As for speed, for sure he had it. I think everybody’s happy to see that he got out of the bad situation more or less OK and I’m sure it would have been much nicer for him to finish his F1 [career] in a different way but that’s how it unfortunately turned out to be.

“The good thing is that he’s OK and that’s the only thing that matters.” 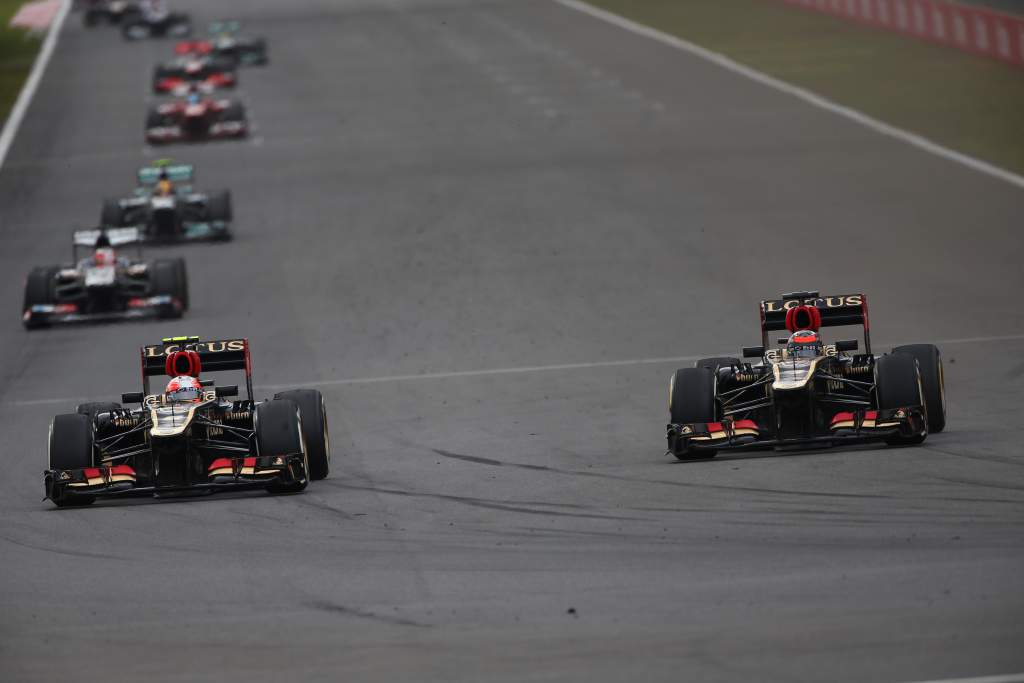 Grosjean’s replacement at Haas for the Sakhir and Abu Dhabi GPs Pietro Fittipaldi said he has come to consider Grosjean a friend in his two years working with the team.

“Obviously I don’t have as much experience as Kevin as racing with Romain but for sure in testing I could see that on one lap he is extremely fast,” said Fittipaldi.

“And I’m happy to call him a friend over the years. He’s not only a team-mate, he’s a friend of mine, and he’s always been super supportive. So I’ve always appreciated that a lot.

“He’s always been open to me when I go testing or when I came into my first race weekend.

“It’s sad in a way he couldn’t do his last race with the team. But I’m very happy he’s healthy, and he’s always been a very good friend.”