The FIA and Formula 1 have issued a joint statement supporting Haas’s handling of its 2021 signing Nikita Mazepin over what the team called an “abhorrent” social media video.

The Haas team issued a statement condemning Mazepin’s behaviour after the 2021 Haas drivers shared shared a first-person video filmed from the perspective of a passenger in a road car, turning to a female passenger in the back seat and touching her breast. 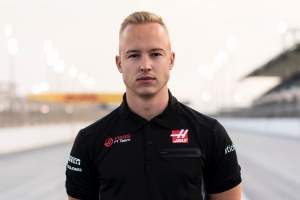 She raised her middle finger to the camera while continuing to be touched.

“We strongly support the Haas F1 Team in its response to the recent inappropriate actions of its driver, Nikita Mazepin,” said the F1/FIA statement.

“Mazepin has issued a public apology for his poor conduct and this matter will continue to be dealt with internally by the Haas F1 Team.

“The ethical principles and diverse and inclusive culture of our sport are of the utmost importance to the FIA and Formula 1.”

The video was shared on Mazepin’s Instagram story with a caption that tagged the passenger and said “she’s the best”.

Mazepin’s own statement addressing the video admitted it was his own behaviour. 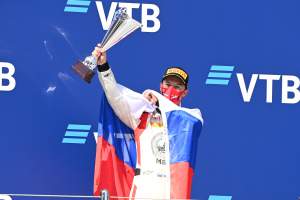 Rich kid, real talent, or both – who is Haas driver Mazepin?
Read more

“I would like to apologise for my recent actions both in terms of my inappropriate behaviour and the fact it was posted onto social media,” he wrote.

“I am sorry for the offense I have rightly caused and to the embarrassment I have brought to Haas F1 Team.

“I have to hold myself to a higher standard as a Formula 1 driver and I acknowledge I have let myself and many people down.

“I promise I will learn from this.”

Haas addressed the matter with its own statement strongly criticising Mazepin and promising to deal with the matter internally.

“Haas F1 Team does not condone the behaviour of Nikita Mazepin in the video recently posted on his social media,” said the Haas statement.

“Additionally, the very fact that the video was posted on social media is also abhorrent to Haas F1 Team.

“The matter is being dealt with internally and no further comment shall be made at this time.”