Mercedes’ failed defence and why Verstappen was irrelevant

The Brazilian Grand Prix stewards determined the problem with Lewis Hamilton’s rear wing was “something gone wrong, rather than an intentional act or design” but his disqualification from qualifying was still mandatory.

After a lengthy process that included two hearings across two days, the Formula 1 stewards concluded that Hamilton should be disqualified after his Mercedes’ rear wing could not fulfil the requirement of a maximum 85mm measurement in the adjustable positions of the uppermost rear wing element. 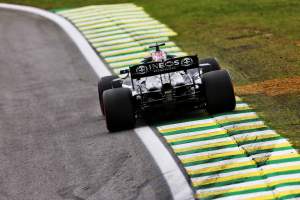 Part of Mercedes’ argument was that the design is intended to meet the regulations and an examination of the design of the rear wing assembly by the FIA confirmed it met the intent of the rules.

The stewards said it was clear that the additional deflection was “due to additional play either in the DRS actuator or the pivots at the end, or some combination or other fault with the mechanism, or incorrect assembly of the parts”.

Therefore, there is “no question in the minds of the stewards that the test failure indicates any intent to exceed the maximum dimension either by action or design”.

Another Mercedes argument was that the car complied with the regulation in the static position, without a load applied and therefore satisfies article 3.6.3.

To check the resistance of the wing elements under load, a test is used that has been outlined in a technical directive.

The FIA’s position is that while not regulatory, the technical directive describes the procedure for the test so that competitors may design cars to meet the regulations and states that the test is designed “to make sure that the rear wing element does not deflect to a larger opening than the permitted value”. 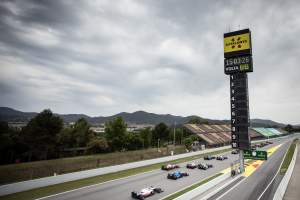 Mercedes also argued that as the car passed this test in the centre section of the wing it is both a mitigating factor and shows there was no intent to breach the regulation.

The stewards have not contested the second point but considered the specific part of the wing that failed is irrelevant to the fact that the wing failed the test. 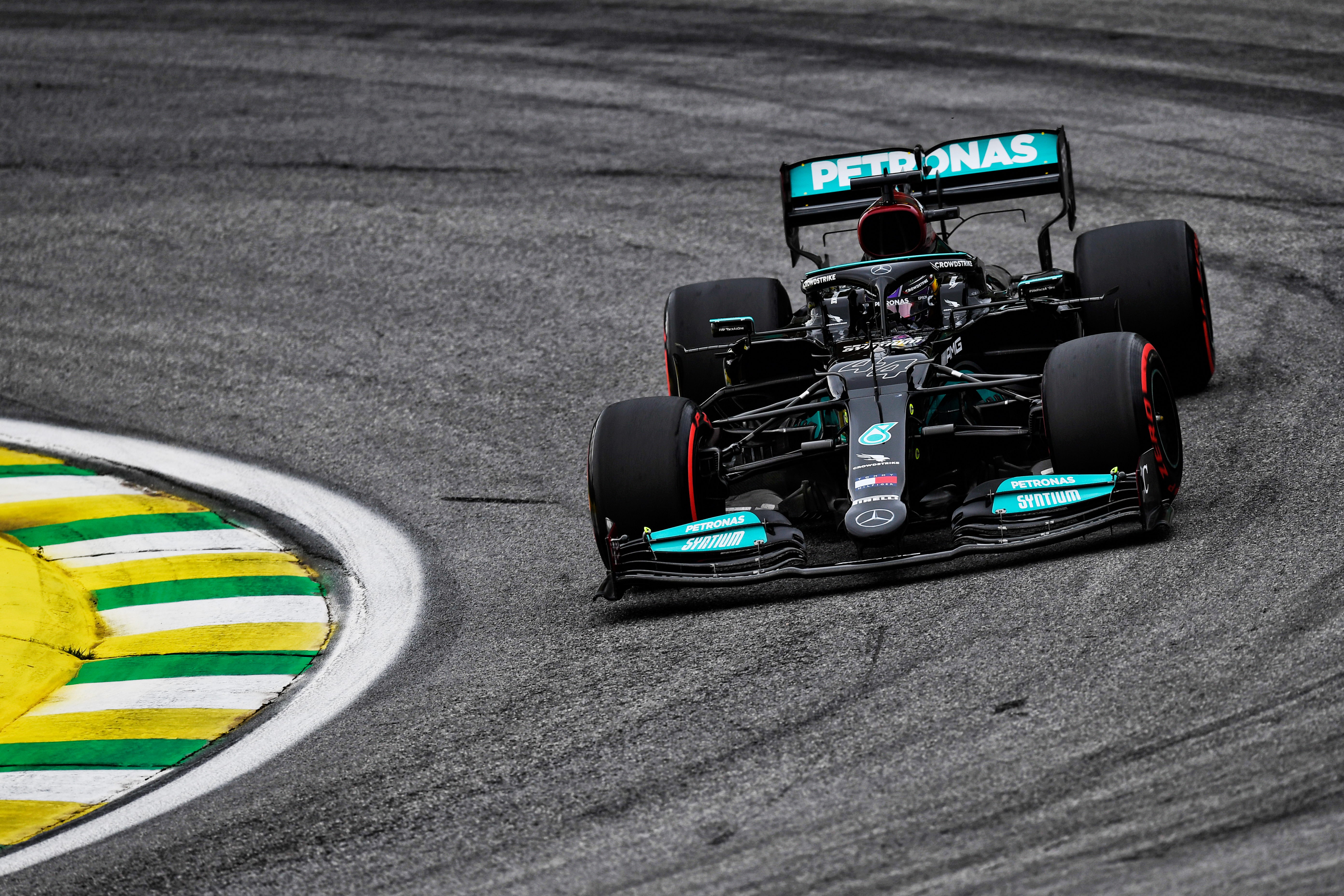 As Mercedes felt it was a unique incident not a systematic breach it argued that the opportunity to inspect the parts – which it was denied while they were impounded – would have helped explain how the problem arose.

But the stewards felt the the evidence of the failure needed to be preserved rather than “altering the parts in an inspection which would have involved some handling of the parts and thus some alteration of the evidence”. 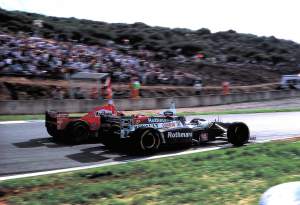 Mercedes’ final point regarding the assembly itself was that the FIA Technical Department regularly allows teams to fix minor problems they find with their cars, even during the parc ferme conditions.

So if Mercedes had recognised this problem during qualifying it would have sought and received permission to fix the problematic parts or tighten bolts if needed.

The stewards said they were “sympathetic to this argument and analysed whether they felt this was a mitigating circumstance” as it often is to make allowances for crash damage.

However, the stewards decided this should not cover parts “that were found out of conformity in post session checks with no obvious reason in evidence other than considering normal running at this event”. 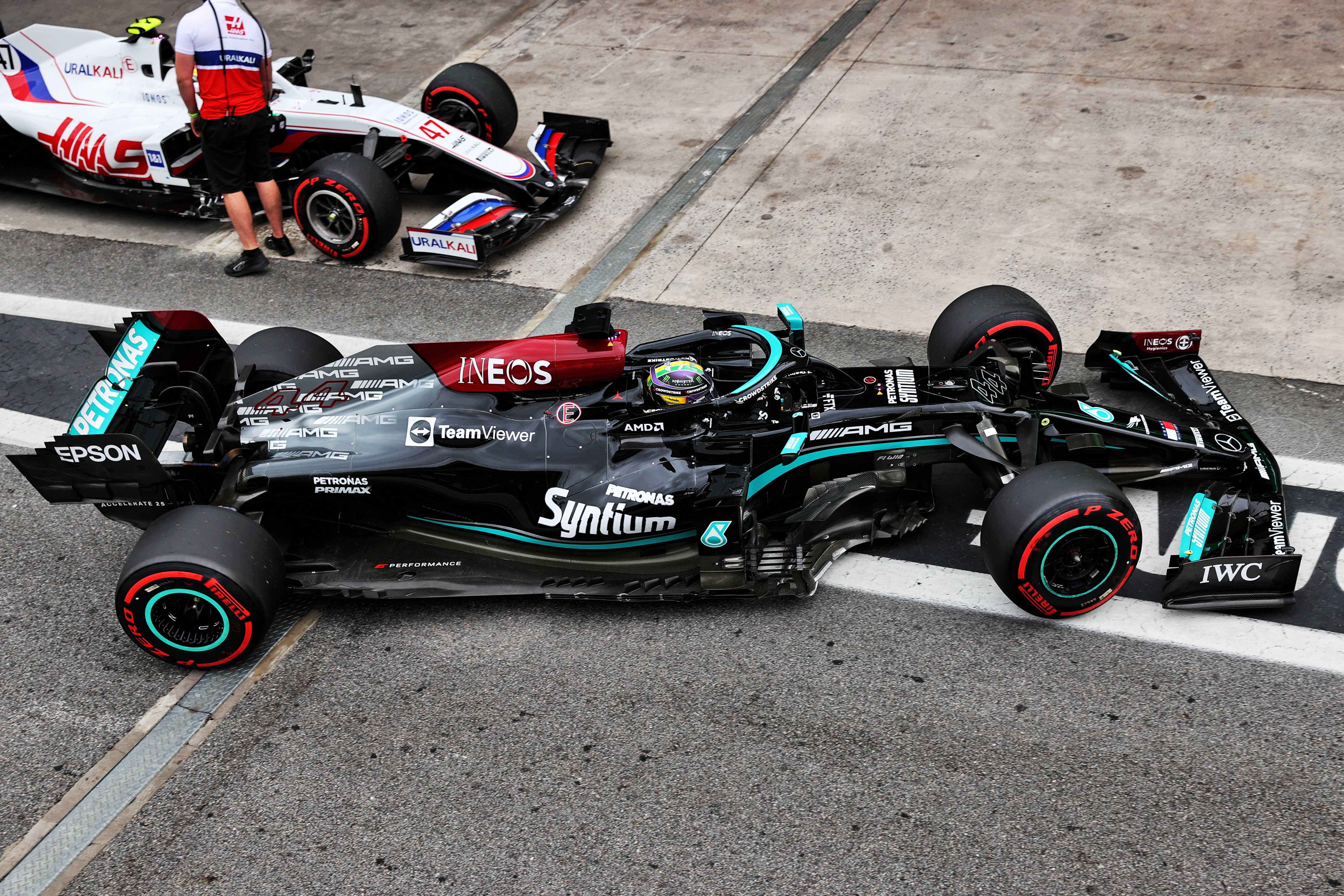 “In the end, the regulations are clear and at the moment of the conformity check, the car did not comply,” said the stewards.

In addition, the stewards have made it clear that Max Verstappen’s touching of Hamilton’s rear wing in parc ferme had “no bearing” on the Hamilton case.

A separate hearing was held into Verstappen’s parc ferme breach and he was fined €50,000 as a matter of principle but the officials determined his actions did not have a material impact.

They said Mercedes agreed that it was unlikely that Verstappen’s actions caused the fault but considered it an “open question”.

The stewards themselves “were fully satisfied, having extensively reviewed the totality of the evidence regarding that incident, that it has no bearing on this case”.

Ultimately the stewards determined that Hamilton’s car failed the test outlined in the technical directive and therefore breached the technical regulations.

They agreed “that this is something gone wrong, rather than an intentional act or design” but did not find mitigating circumstances and reminded that the International Sporting Code states that “it shall be no defence to claim that no performance advantage was obtained”.