Hamilton takes Belgian GP pole by half a second

Championship leader Hamilton led a Mercedes 1-2 by two tenths in the first segment, and by a tenth in the second on medium tyres, before going a mammoth six tenths clear of his Finnish team-mate Valtteri Bottas with a 1m41.451s on his first attempt in Q3.

And though Bottas had been compromised by an error at Turn 1 on his first Q3 try, he was unable to challenge Hamilton on the second go as well, coming up 0.511s short as Hamilton improved to a 1m41.252s.

Max Verstappen sat fourth behind the Renault of Daniel Ricciardo after the opening runs, but ultimately came within 0.015s of denying Mercedes a spot on the front row.

He was disappointed to miss out on beating Bottas, too, telling Red Bull he “ran out of energy a bit too early”.

Like the Mercedes duo, he had comfortably made it through Q2 on the medium compound, locking it in for the start of Sunday’s race.

Ricciardo’s final lap in Q3 didn’t come together but he was still a standout fourth, three tenths up on Esteban Ocon, with the Renault pair split by the Red Bull of Alex Albon.

Carlos Sainz took seventh for McLaren, ahead of the two Racing Points of Sergio Perez and Lance Stroll, the Silverstone-based outfit failing to replicate its usual stellar form at the Belgian circuit.

Sainz’s team-mate Lando Norris rounded out the Q3 order, propping up a session that featured just five outfits with two cars each.

The two AlphaTauris were narrowly denied Q3 spots in the very final seconds of Q2 and will share row six on the grid, albeit with Daniil Kvyat outqualifying Pierre Gasly for the first time this season, by 0.015s.

Ferrari narrowly avoided the ignominy of a Q1 elimination on merit, with Sebastian Vettel jumping up from 19th at the chequered flag in the first segment and Charles Leclerc only a tenth above the cut-off in the end.

Leclerc, who led a pack of midfield rivals late on and missed out on a slipstream, looked on course for a Q1 exit, but Kevin Magnussen – two tenths up on the Monegasque in the first sector on his last-gasp attempt – went off at Stavelot.

In the second segment, the two Ferraris bested the sole remaining Williams of George Russell – making his fifth Q2 appearance this season in seven attempts – but could do no more than that, with Leclerc heading Vettel by just under three tenths in 13th.

“There’s not much more I can do,” Leclerc told Ferrari over team radio after competing his quickest lap.

Kimi Raikkonen won the intra-Alfa Romeo qualifying battle for a second grand prix weekend in a row, but missed out on Q2 this time – with he and team-mate Antonio Giovinazzi split by the Haas of Romain Grosjean in 17th.

Nicholas Latifi had outpaced team-mate Russell in two of the three practice sessions, but his wait for a first qualifying triumph over the Brit goes on. The Canadian rookie was half a second off Russell’s pace in Q1, and will only line up ahead of Magnussen on the grid. 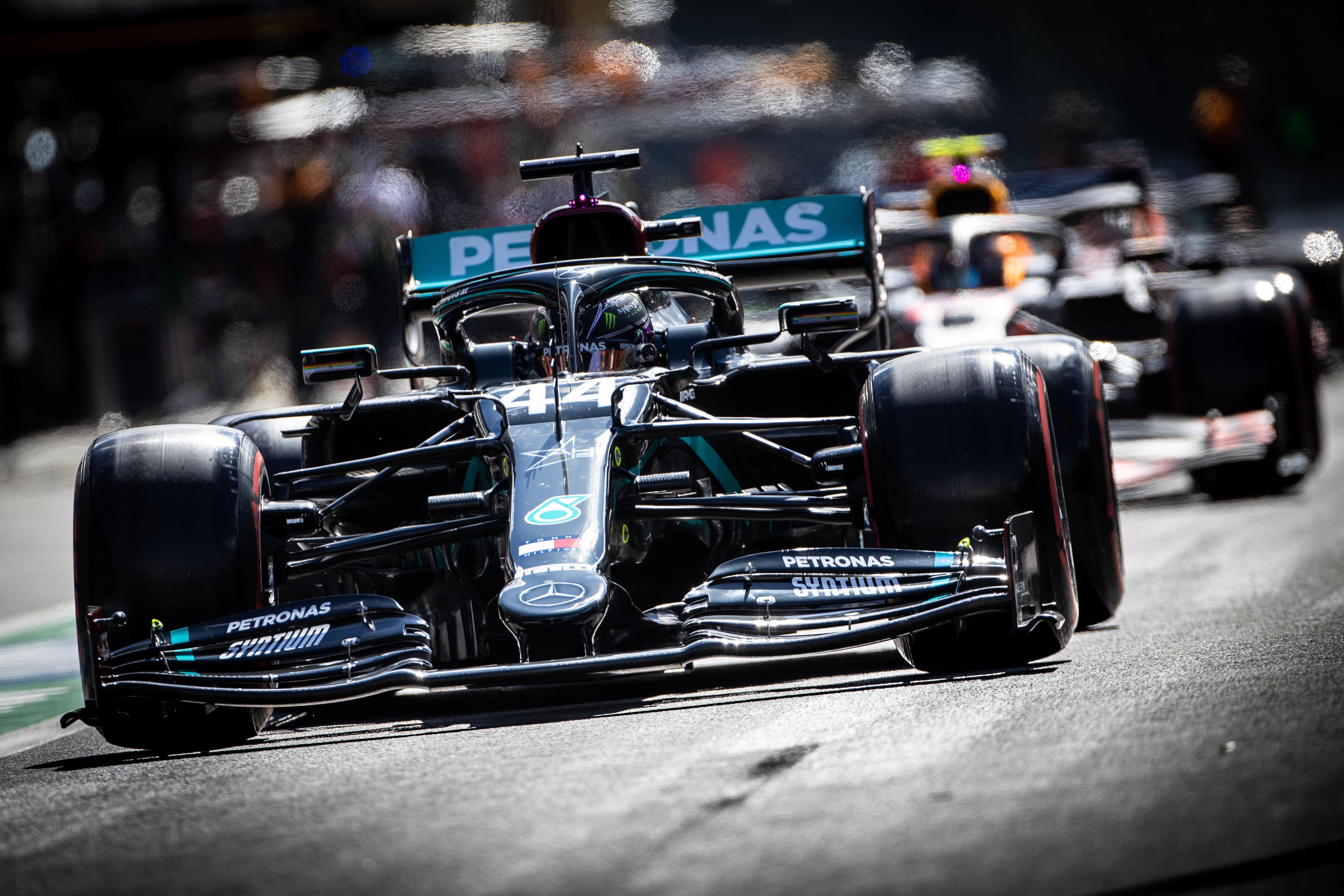