Did Ferrari avoid humiliation at Spa? Our verdicts - The Race
Skip to content
Formula 1

Did Ferrari avoid humiliation at Spa? Our verdicts

The big storyline in the closing moments of Q1 in qualifying for the Belgian Grand Prix was if Ferrari could get both cars through to the second segment.

One year on from the team locking out the front row at Spa, success in 2020 was avoiding the shock of a car falling at the first hurdle.

Given it could have been worse, does a seventh-row lockout have to be considered ‘disaster avoided’? Our journalists give their verdicts.

Well, disaster has been avoided because the Ferrari was Q2-marginal and a Q1 elimination was very possible. Not just for one car, but both. Now that would have been embarrassing.

But whatever this can be called, it’s only one step short of embarrassment. And it’s the harshest evidence so far that Ferrari’s 2020 car, or aerodynamic work, is mediocre.

There’s only so much blame to be apportioned to the engine because Haas and Alfa Romeo improved, albeit modestly compared to others, versus their 2019 lap times. And Ferrari can’t hide behind the ‘drag trade-off’ excuse because Renault and AlphaTauri have done similar – AlphaTauri locking out row six and Daniel Ricciardo’s Renault getting onto the second row!

Ferrari was outgunned in all three sectors by its midfield rivals so the all-round package is just lacking, at least over one lap and on a track like this.

Spa has simply exposed the extent of the car’s flaws, and sets up power-sensitive home races at Monza and (even worse, its own circuit) Mugello terribly. Escaping Q1 will be even less of a consolation prize there. 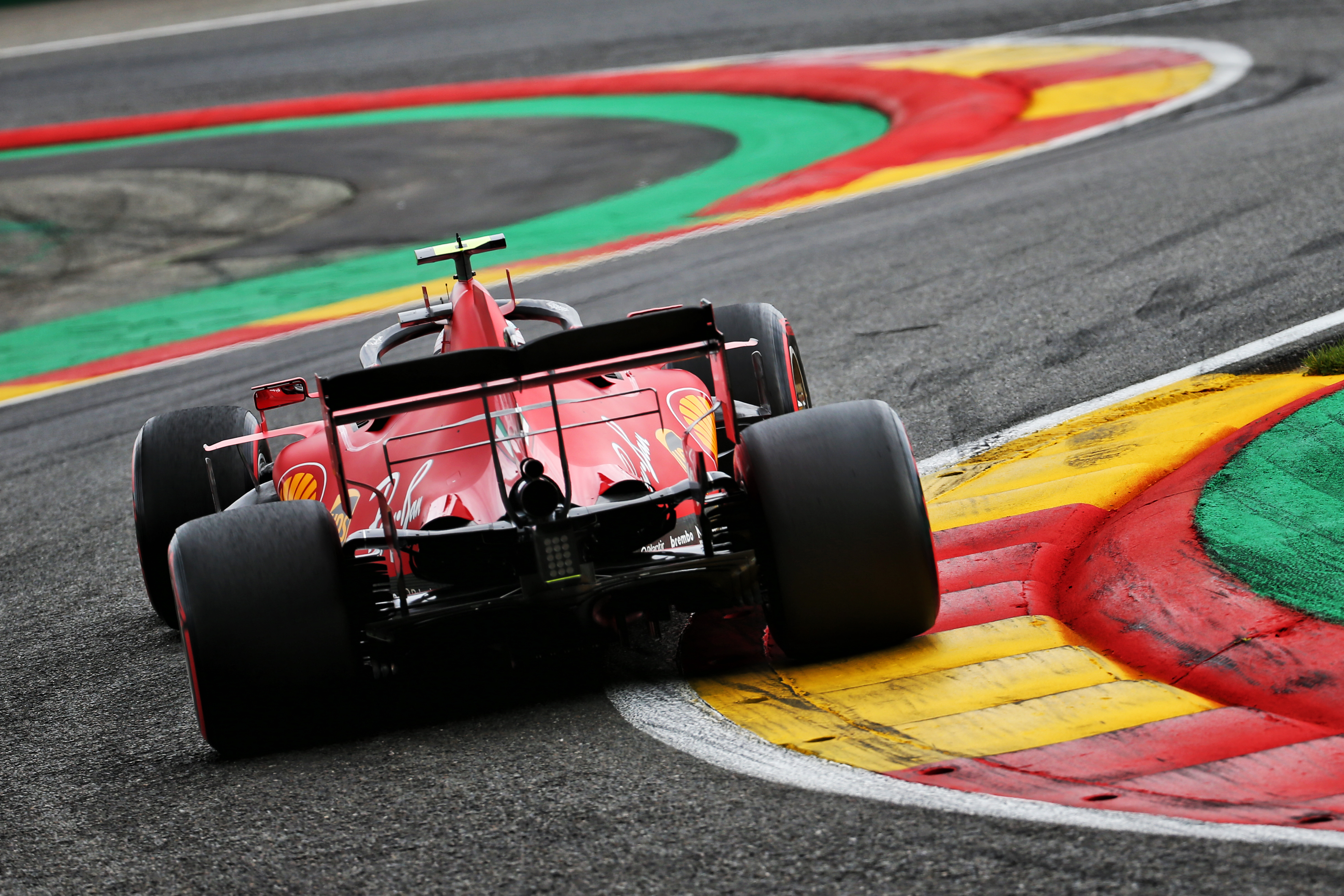 COMPROMISE IS BEST OF A BAD JOB

Ferrari’s performance is dreadful, but this is a trade-off circuit and it’s logical for it to have biased its aero set-up even more towards the race even if it cost a little time in qualifying.

After all, Ferrari needs to be able to stay ahead of some quicker cars to have any chance of picking up any real points without significant help from attrition and wouldn’t have been that quick even with a best-possible single-lap set-up.

If Ferrari can get ahead of quicker cars based on strategy or through some slice of luck, Sebastian Vettel and Charles Leclerc will have no problem staying ahead in the twisty sector two even if they are significantly slower. And their pace will be strong enough in sectors one and three to have half a chance of staying ahead.

That doesn’t excuse how poor its performance is and taking this approach tells you everything you need to know about the competitiveness of the car. This is making the best of a bad job for Ferrari and further confirmation, if it were needed, that the engine clampdown has hit it badly.

NO WORSE THAN BEFORE

Ferrari only just clearing the Q1/Q2 hurdle and then going only 13th/14th in Q2 looks bad even by the standards of the team’s awful season. But actually, in hindsight it’s explainable.

Spa and Monza always narrow the gap between fastest and slowest – because low drag acquires more importance than at more conventional tracks, raw downforce for less. So aerodynamically mediocre cars are not punished as badly.

What really punishes you here is high drag and/or a lack of power. Ferrari has both.

To put that in proper perspective, consider this: in terms of percentage gap, Ferrari was closer to pole position here than it was at either the second Silverstone race or in Hungary. But that translates to a worse grid position because of how Spa has flattered the other cars around it. 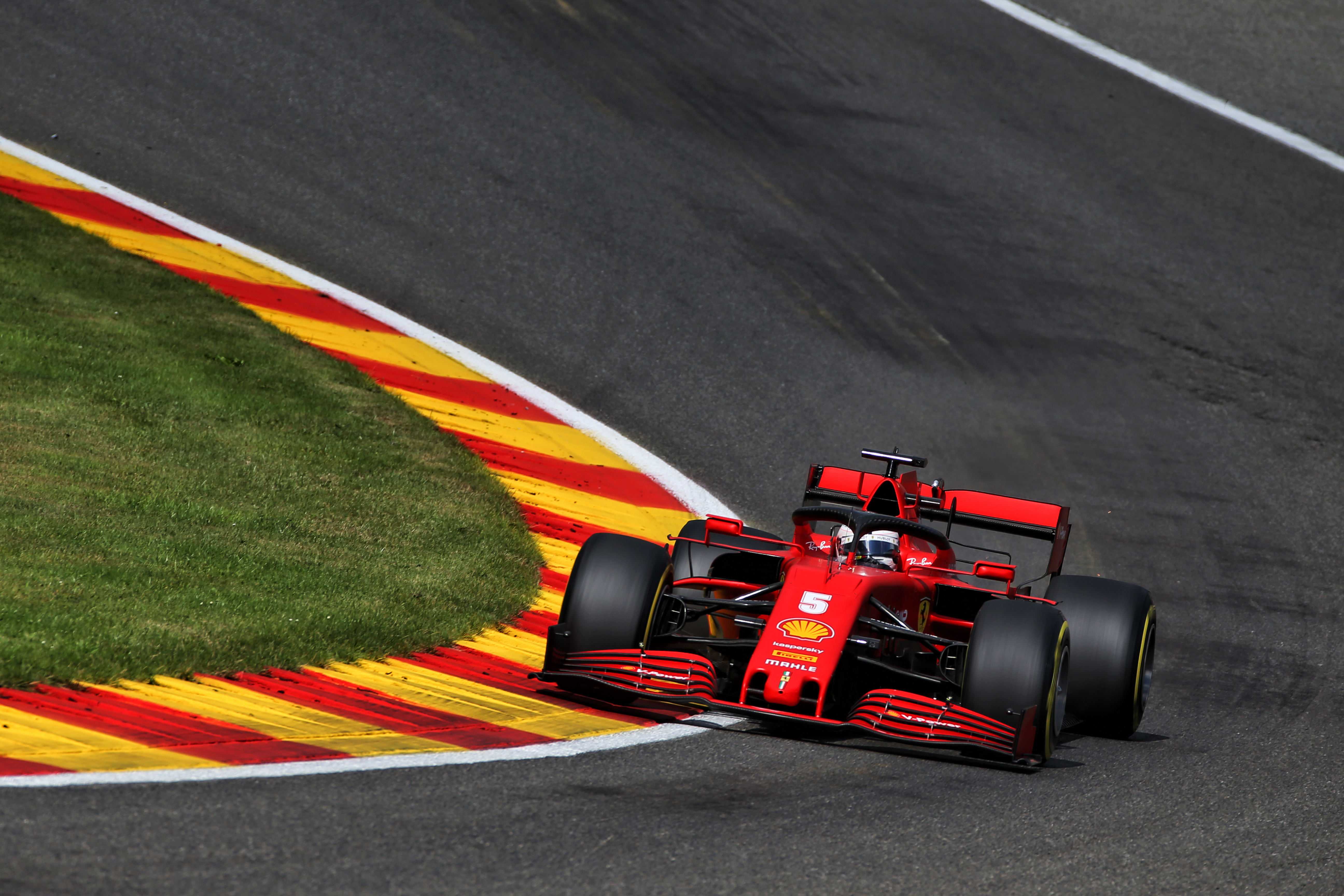 Regardless of the logic, though, the playing out of how it was always set to play out on these types of low drag-demanding tracks will just ramp up further pressure.

It’s actually no worse than it already was.

FERRARI WAS KIDDING ITSELF

Ferrari just about turned a disaster into a huge embarrassment. When you consider that last year Ferrari was one-two in every session and won the race, the turnaround in performance to this year is mind-blowing.

If I had been at a team that suffered this type of drop off from one season to the next, I would have been shown the door very quickly, Actually, I was – 1999 with Stewart to 2000 with Jaguar was my downfall, but in reality, it was nothing like this.

I think we all understand where the deficit really comes from – the engine situation and whatever Ferrari was doing for the past couple of seasons has definitely lost it power now things have been tweaked for 2020. But the big problem was that while it had that extra horsepower, those at the team were believing their own hype about where they actually stood in the competitive running order.

As Enzo Ferrari would have said, ‘forget aerodynamics just build an engine with more horsepower than the others’ – now Ferrari has neither.

Next week it’s Monza and Ferrari will be very happy that the public won’t be allowed in! But as it’s Italy, I wouldn’t be surprised if we saw a few supporters – sorry I mean protesters – in the grandstands that want to express their disgust at the current Ferrari performance. 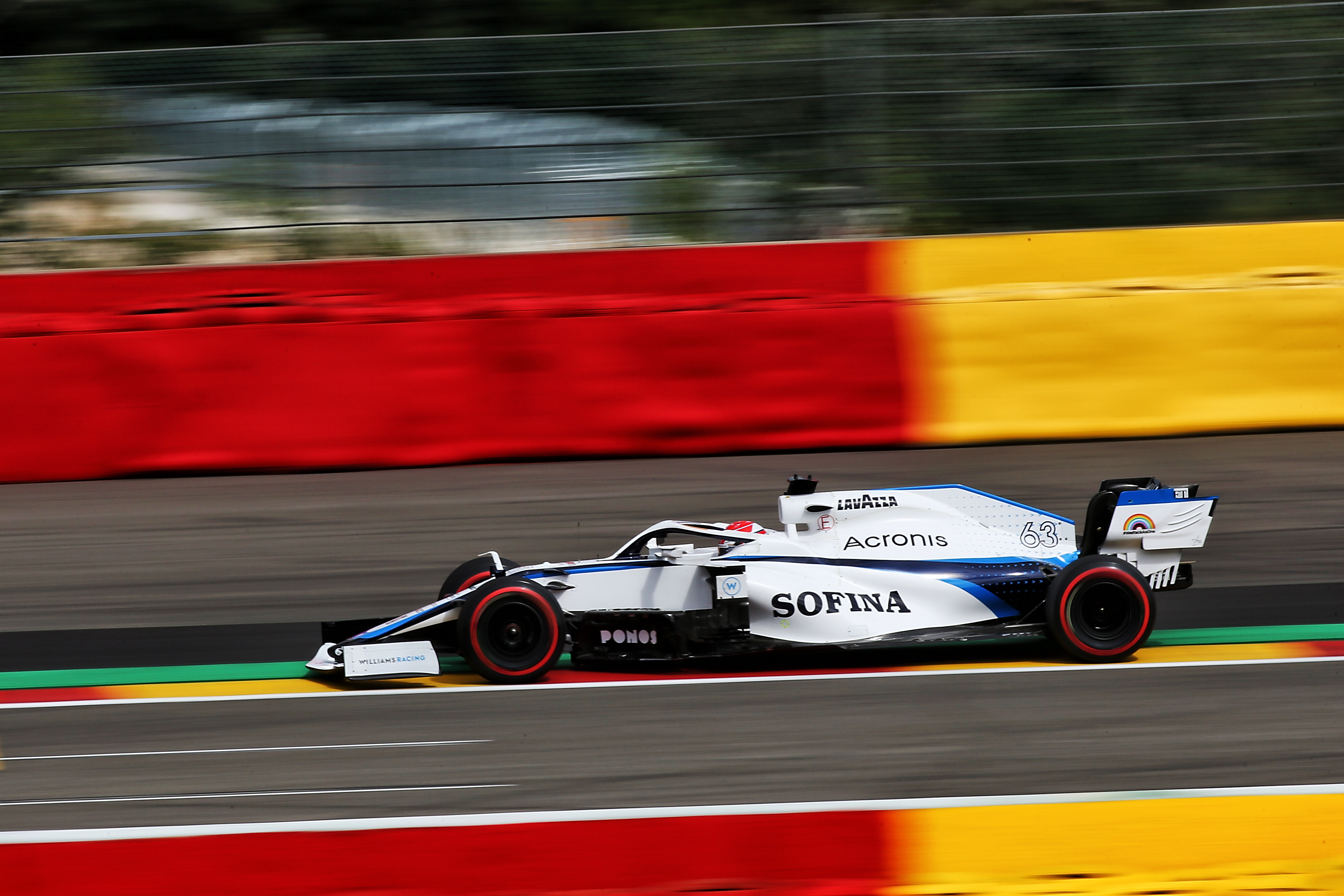 FERRARI v WILLIAMS IS NOT A FAIR FIGHT

The big story of Q1 was if Ferrari would lose either of its cars from the first part of qualifying. Just because they both scraped through, that doesn’t anything about this result remotely positive.

The big story of Q2 was if the Ferraris could beat the Williams of George Russell. Just because they did doesn’t make its Saturday at Spa anything that can be considered a success.

Russell is driving for a Williams team that has been through such turmoil and financial hardship that the Williams family has finally had to sell-up. One of the contributing factors towards that downturn was the horrendously uneven distribution of F1’s revenues between the teams since 2013, of which Ferrari was one of the main beneficiaries. So in 2020, which team is doing a better job with its resources?

When news broke during pre-season of Ferrari’s confidential settlement with the FIA over investigations into its engine last year, rival teams were outraged.

The worse Ferrari’s on-track suffering gets, the more those rivals may feel a sense of justice.

Prior expectations play a humongous role in how sporting outcomes are perceived, and the prior expectation heading into Belgian GP qualifying was that Ferrari would be in the thick of the backmarker battle and potentially go no further than Q1.

In the end, it executed qualifying reasonably well and almost certainly maximised the package by locking out the seventh row. In addition, the driver it has bet on for the longer term continued to comfortably outqualify the driver it is letting go at the end of the year – which, in terms of optics, is a better result than had he been eliminated in Q1.

So it could’ve been worse. Being beaten by Williams, and especially Haas and/or Alfa Romeo, could’ve marked a point of no return for the season and would’ve potentially led to serious questions about the other areas of Ferrari’s decline beyond the obvious engine regression.

Not to mention, it would’ve seriously tested the higher-ups’ commitment to the longer-term project in its current guise and with the current personnel make-up.

Face has been saved, a bullet dodged. Yes, upcoming rounds may not be so kind, but for now this Ferrari lives to fight another day. 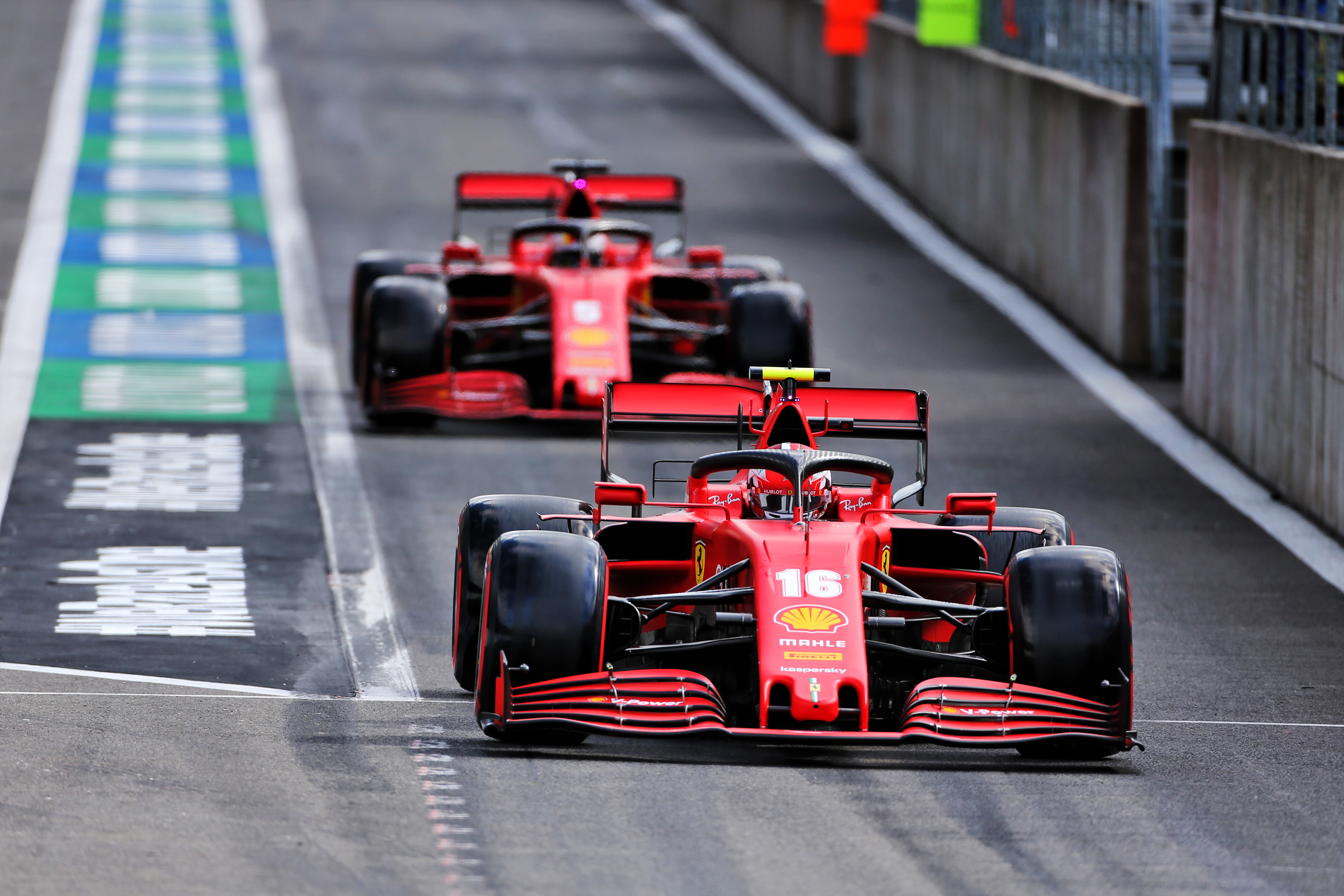