The Mercedes Formula 1 team has brought a new front and rear wing, as well as a modified beam wing to the inaugural Miami Grand Prix.

The team had talked about the possibility of upgrades for this race as it bids to improve the performance of the Mercedes W13, which has been held back by porpoising so far this season.

The full extent of changes to the car won’t become clear until Friday, but some modifications – including the new lower-downforce rear wing assembly that Mercedes has talked about as being in the pipeline for some time – were visible on Thursday.

These changes won’t transform the car. However, the lower-downforce rear wing, which has been in design, development and production for quite a while, should improve the general performance. I don’t really see it doing very much for the porpoising problems, although the change to the flow around the front tyres thanks to the front wing change may have a small influence. 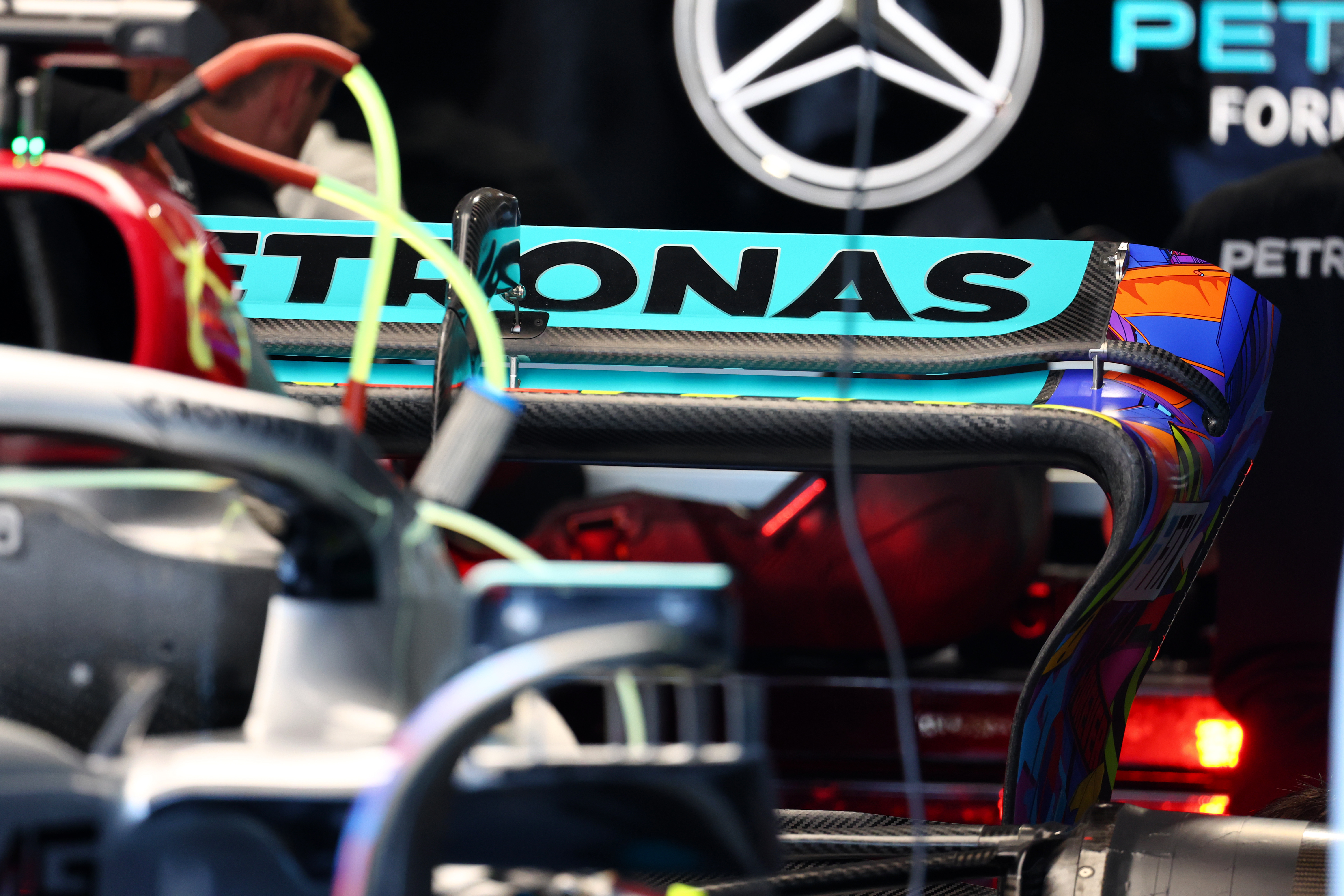 Before the aerodynamic rule changes for 2022, every team had their own family of rear wing downforce and drag levels.

This family of wings would have covered the season’s requirements from Monza to Monaco. But with the new regulations, they all went in the bin and it was a case of start from scratch.

Five races into the season and Mercedes has finally introduced its second version of rear wing. This is best described as a lower downforce/drag wing than previously. 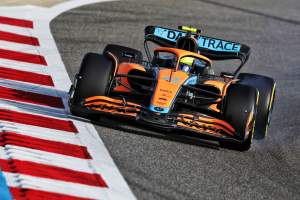 For earlier races, Mercedes contented itself with simply trimming the chord length of the rear flap. This is never the best way of going about reducing the drag as it reduces the height and overhang of the trailing edge. Therefore, in effect you get less leverage for the same level of wing downforce and you don’t benefit from as big a drag reduction.

You also get less of a drag reduction when the DRS is open. This is because the chord length of the rear flap is shorter, so it has a small influence on the overall rear wing drag.

The new rear wing has more of a straight leading edge. The outer parts of the leading edge have been lifted up, which means it integrates better with the upper curvature where it blends into the rear wing endplates.

Overall, the vertical cross section is less and with that the trailing edge of the flap is also straight, giving maximum leverage from whatever load it can produce.

Mercedes has also introduced a new rear beam wing rear flap. From the limited pictures we have so far, it looks like the main plane is the same but the flap is a much shorter chord – or at least the outboard ends are a shorter chord.

If it’s only the outboard ends, then it should be a drag reduction, If it’s a shorter chord all the way across it will reduce its influence on the diffuser. 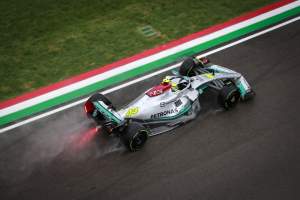 I don’t think this has anything to do with the ‘lower’ downforce upper rear wing. Normally, the lower you go with the upper wing the more help you want from the beam wing, so I suspect these are two separate developments.

This beam wing configuration could reduce the high speed porpoising, but at the cost of underfloor downforce that is very efficient. However, it may allow Mercedes to keep the downforce from the underfloor in slow and medium speed corners when the car is at a higher ride height, which is what this Mercedes concept is all about.

Overall, it may have a lesser effect than simply raising the rear ride height which loses you underbody downforce through the speed range. I would classify this as a band aid as opposed to a long term fix.

To achieve the balance it requires to match the new rear wing, Mercedes also has a new front wing package.

The trailing edge trim line of the rear flap is slightly different to reduce the downforce it produces, but not influence the flow downstream too dramatically.

Mercedes has also altered the outer section where the rear two flaps blend into the endplates.

This reduction in angle should connect up more robustly to the flow being displaced when the front tyre rotates onto the track surface, which is commonly called tyre squirt. Together, this will increase the outwash around the outside of the lower section of the front tyre.

However, the main difference is that Mercedes has lifted the outer ends of the mainplane, giving a ‘twisted’ leading edge. By comparison, the outer part of the mainplane was straight on the previous specification, pictured below. This will allow more flow to get to that rear corner of the flap-to-endplate intersection, again increasing the outwash.

Although this is not a major problem with these new regulations, it should also reduce the sensitivity of the front wing during combined braking and turn-in when that part of the wing is closer to the ground.

It will also reduce the sensitivity in high speed corners when the car is low to the ground and rolled due to the high lateral forces.

It’s all a step in the right direction and if you had a car that wasn’t suffering from porpoising problems then these parts would be a decent development step.

However, Mercedes’ priorities need to be sorting out the underfloor to eliminate, or as a minimum reduce, the porpoising.

Perhaps when we see the cars in more detail over the weekend and Mercedes goes through its show and tell process, it may also reveal some developments in that area.