Styrian Grand Prix poleman Lewis Hamilton says Formula 1 nailed an “on the limit” call to allow qualifying to take place in full in the wet at the Red Bull Ring.

The F1 paddock went into Saturday pessimistic about the possibility of track action taking place, but while the morning’s practice session was rained out, qualifying did take place with minimal delays after an initial 46-minute wait.

All three segments were held, and Hamilton – who would’ve had to start sixth on the basis of Friday afternoon results if qualifying had been completely shelved this weekend – eventually took pole position by over a second, revelling in the conditions.

The Formula 2 feature race was set to get going following F1’s qualifying, but was red-flagged after several formation laps.

“These cars create so much spray and we have evacuated so much water that there was a very thin line where there was actually some small amount of grip” :: Carlos Sainz Jr

Speaking in the post-qualifying press conference, Hamilton heaped praise on race direction for managing to put on a “special” wet-weather pole position contest on Saturday.

“I think the officials definitely have a difficult job, the majority of the time, and particularly on a day like this, knowing when to go and when to choose not to let the cars run,” Hamilton said. “But I’m grateful they did [today]. 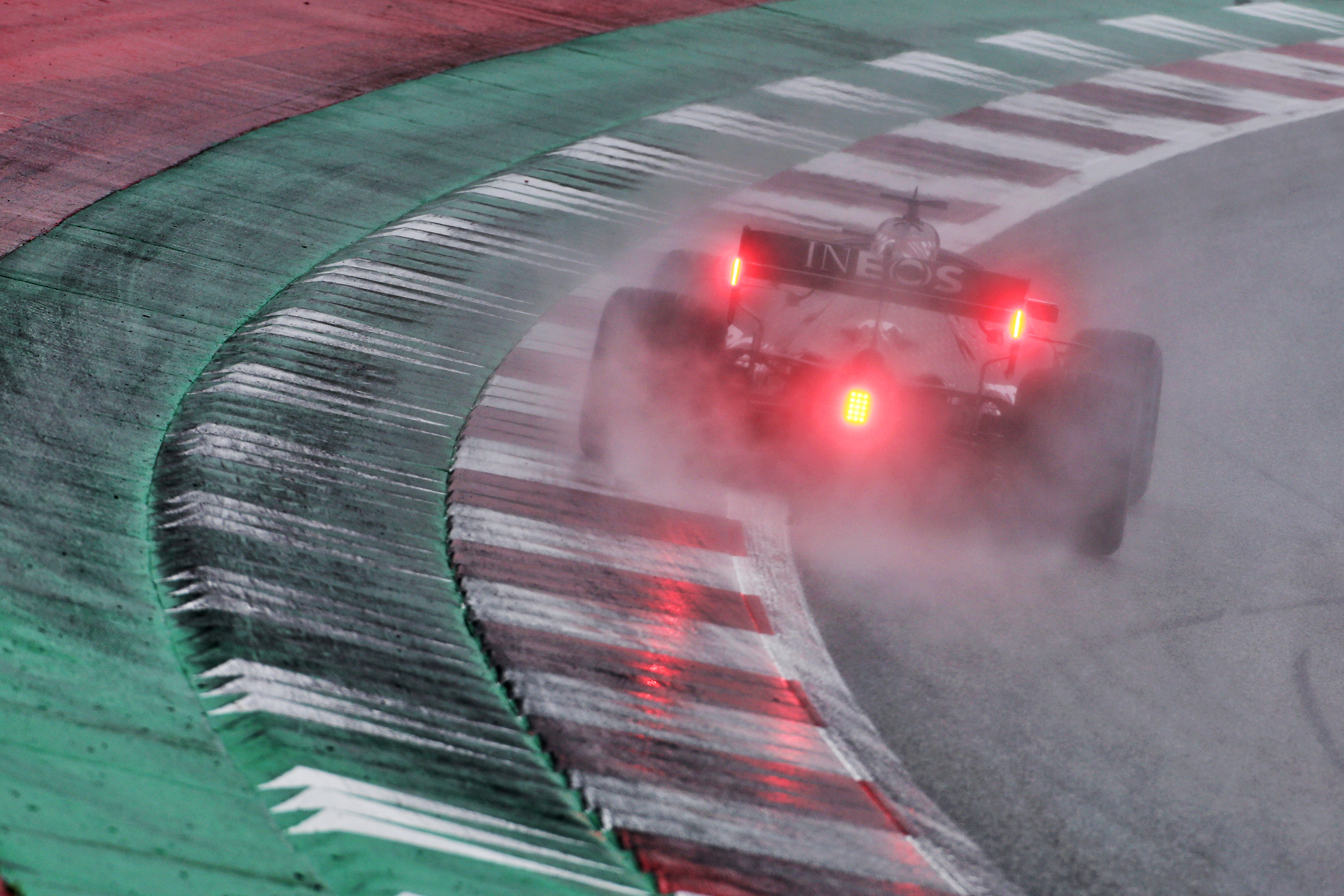 “Just as we came to qualifying obviously it wasn’t raining for a while. It’s just as everyone got in car it started to rain again. So we had the pause but once we got going it was fine for the first session, then it did get worse.

“But I’m glad that they allowed us to stay out – it was definitely on the limit but that’s racing, and I’m glad they didn’t take that away from us.

“It’s so special, it’s so difficult. I don’t know how it comes across on the cameras, but it is the hardest conditions that we ever drive in and just one small lapse of concentration and you’re off, it can be big or small. More chance of it being a big one.

“So I’m grateful for that.”

McLaren driver Carlos Sainz Jr, who qualified a standout third, echoed Hamilton’s point that track conditions took a turn for the worse towards the end of the session – but likewise praised F1 for allowing the session to be completed. 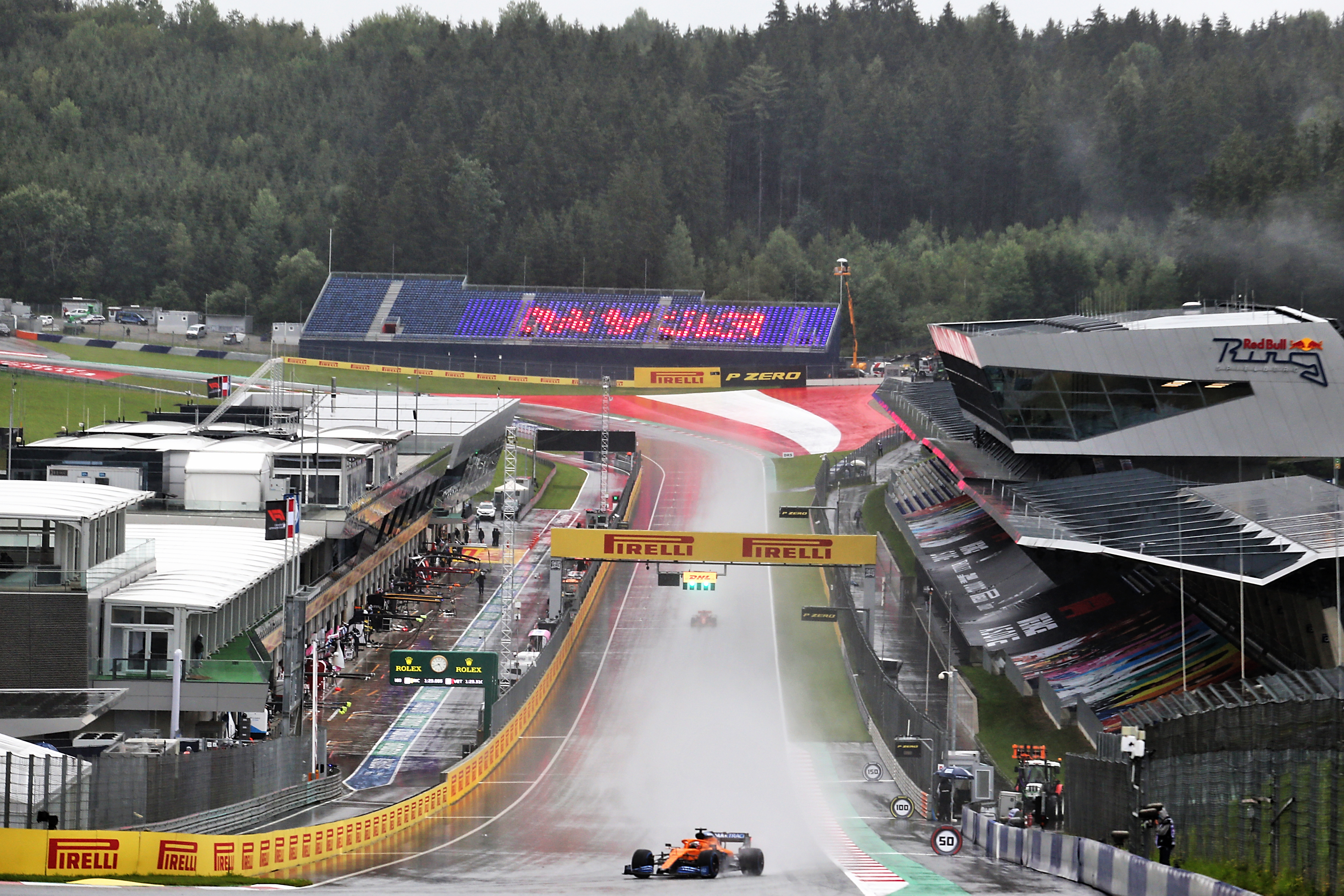 “It was definitely getting really, really tricky but I’m glad that they left us out there because actually these cars create so much spray and we have evacuated so much water that there was a very thin line where, if you put your tyres, there was actually some small amount of grip to actually run,” Sainz said.

“So I’m pleased. [It was] very difficult, a lot of front locking, a lot of rear locking, a lot of improvisation on the car and that is the conditions I think, as drivers, we enjoy the most because it’s the most natural instinct that comes to you as the first thing to do.” 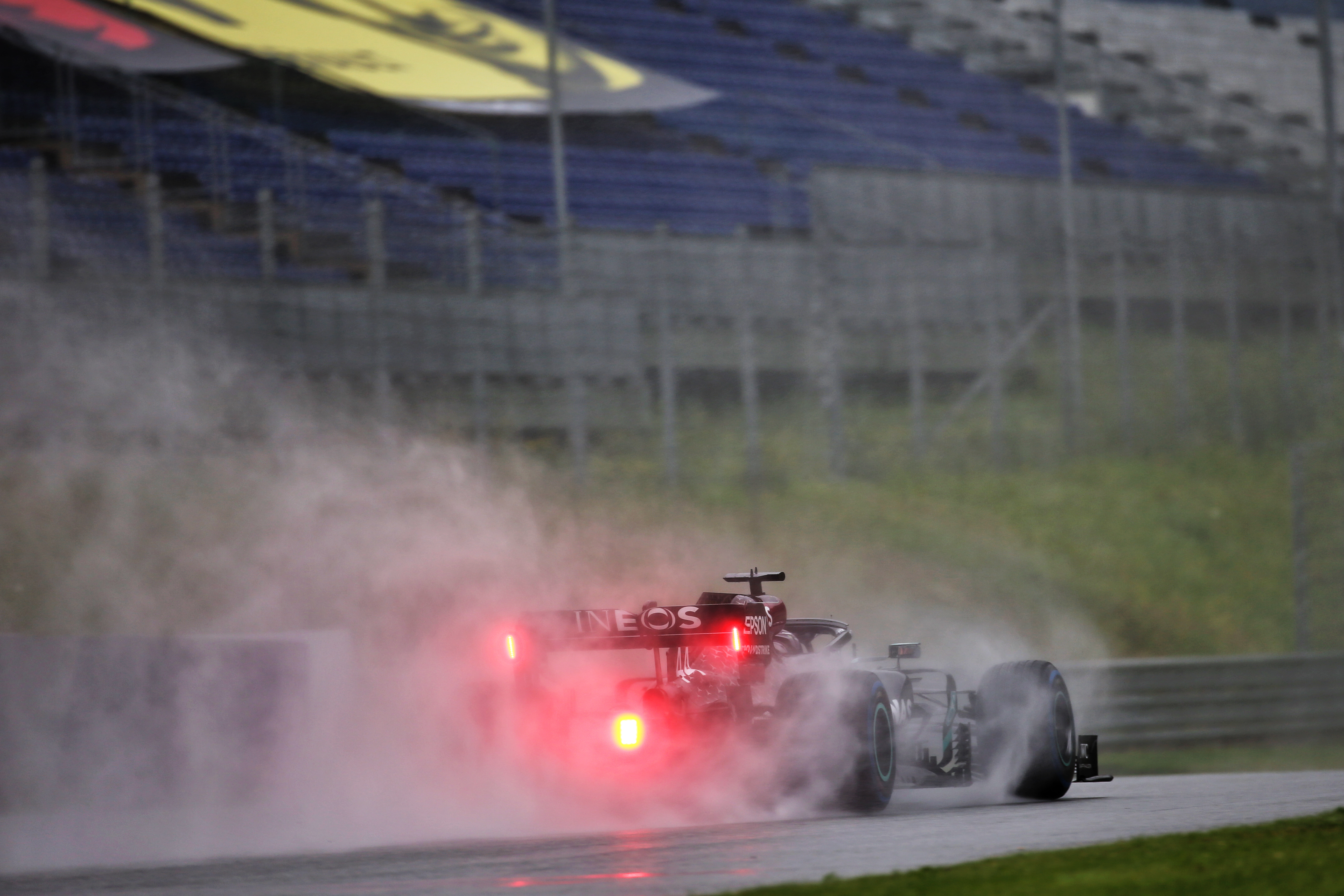