There is no debating the fact. This year’s Le Mans 24 Hours, the 88th edition of one of the greatest races in the world, was different. And not just because it was the first time it had been held behind closed doors, or that it took place in September for the first time since 1968.

No, instead there was a strange feeling about the event and the series it hosts, the World Endurance Championship.

Much has been said about the future of the WEC since the departures of Audi and Porsche for the top class in recent years. Diminishing manufacturer involvement hasn’t just been a concern in the headline LMP1 class either. GTE Pro, invariably held up as the home of the closest racing, has lost Ford and BMW.

The peak LMP1 period of Audis doing 24-hour sprint battles with the Peugeot 908, then the crack teams of Toyota and Porsche should not be mulled over too much now, and neither should the top class’s ultimate downturn. It’s happened and those days are gone.

The world of sportscar racing – of which the WEC is the modern embodiment – is always cyclical. Which means that the new Hypercar rules to be implemented next year, and Peugeot’s return in 2022, point to a new and brighter future for Le Mans. 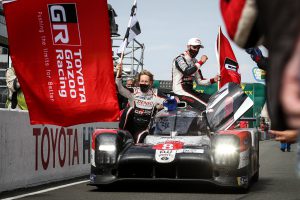 “That we have been able to hold the Le Mans 24 Hours this year has been a big effort, and we are thankful that so many teams, associated with the FIA and privateer outfits alike continue to show their interest in the World Endurance Championship,” said Todt.

“It is heartening to see the support, continued and future, for the championship as we head into a new set of technical regulations from next year onwards, that is the new top class which we are calling Hypercar.

“The return of brands such as Alpine and the arrival of Peugeot in Hypercars has given the FIA and ACO fresh optimism for the future, helped also by the confirmation of new constructors for the joint top class LMDh.”

For Fillon, it’s also about harnessing the momentum the WEC aims to build on over the next year to ensure more cars join the fun – with an eye on the next future technology too.

“We are very pleased with the uptake on Hypercars so far and the fresh interest these two announcements have generated,” he said of the Alpine and Peugeot news.

“In addition to that, we are also in discussions with a number of other constructors, with the collaboration of the Americans, so we are on an upwards trajectory at the moment.

“As for the adoption and introduction of the hydrogen cars, set to arrive in 2024, I think the way that the car industry and the innovations seen on the road fit very well with the world of endurance racing.”

Peugeot’s return to the top level of sportscar racing is a blessing for a category that has suffered no end over the past two seasons. 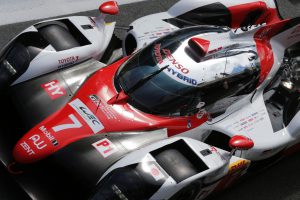 While manufacturer involvement at world championship level is always highly volatile, the double impact on the WEC of the exits of both Porsche and Audi in quick succession had cast a gloomy cloud over its chances of survival with only Toyota left standing.

The Hypercar rules move has not been without its issues either – and high-profile blows like Aston Martin ‘pausing’ its planned programme and WEC stalwart Rebellion pulling out after initially being part of Peugeot’s new project.

But Hypercars are at least pointing the WEC a direction where manufacturers’ eyes have been caught with the open engine rules and technical challenges.

Shortly after the announcement of Peugeot’s return, the firm’s design director Matthias Hossann said: “The new Le Mans Hypercar category offers an unprecedented and historical opportunity for sports and design teams to collaborate.

“The regulations answer fully to Peugeot’s need and appetite to embody its vision for the future in its next competition car: that of electric neo-performance.

“The look of the vehicles will no longer only be the result of the windtunnel sessions, we will have a dedicated space to create a unique, iconic product, combining performance and expressiveness.

“We intend to make the most of the wiggle room offered and we are very excited about this project.”

“We’re there to give those who have been in the championship for a long time a good fight” :: Alpine’s Patrick Marinoff

Talk like that shows how the regulations are striking a chord with manufacturers at least. Making sure they commit and stick around in the current challenging global environment may be the hard part. But at least they have a variety of options in the WEC’s new world.

Peugeot was quick to announce its comeback in December last year but took until the eve of Le Mans this year to pick its weapon.

Hypercar, it was decided, provided the better technological challenge for the PSA Group.

The reason for the delay in announcing its Hypercar programme for 2022 was that another piece of good news gave Peugeot food for thought at the beginning of the year.

So often in different technical territory to each other, the US-based IMSA Sportscar Championship and the ACO concluded convergence talks to allow the new generation IMSA Le Mans Daytona hybrid (LMDh) to join the FIA and ACO developed Hypercar regulations as a joint top class for the WEC in 2022.

That is a mouth-watering prospect for those who have craved increased US competition for top honours at Le Mans. The annual meet-up of the WEC’s GTE Pro and IMSA GTLM packs at Le Mans shows what could happen.

Another brand set to return to the top table of the WEC and Le Mans next year, but with the caveat that it will be a one-year deal in a grandfathered Rebellion R-13 LMP1 initially, is Alpine.

Announced at the start of Le Mans week and a week after its Formula 1 arrival with the rebranding of Renault was unveiled, Alpine’s LMP1 move is a partnership with LMP2 veteran – and two-time Le Mans class winner – Signatech.

The team has yet to give any clues as to whether it will adopt LMH or LMDh for 2022, instead opting to keep its options open.

It’s a shrewd decision, particularly given the news that LMDh cars are only set to make their full-time IMSA debuts at the beginning of 2023, with some races possible in 2022.

He’s naturally happy to make the step up to LMP1 and sees a bright future in having a proper push at the top of the WEC.

“As you can imagine we are so proud to take on this new challenge and represent the Alpine brand,” Sinault tells The Race.

“We have much experience in the LMP2 class and have been very successful over the years.

“We believed that it was the time to make the step up to LMP1, for us it was natural.

“We are very passionate about sportscars and particularly the Le Mans 24 Hours, so this is the next challenge and to do this with Alpine, with the goals and ambition they have, is a real pleasure.”

Managing director of Alpine Patrick Marinoff echoes the passion and dedication of Sinault as you would expect, but he is quick to underline that success in the team’s first season should not be expected straight away.

“We’re there to give those who have been in the championship for a long time a good fight,” Marinoff said.

“We like being the underdogs, and maybe in the first year it will be a bit like David against Goliath, but this is the start of hopefully a long association [with the WEC].

“Alpine is brand born from competition, for competition. Group Renault has signalled its intentions to make Alpine the sports brand of the group and it has therefore raised the bar high.

“This is a tremendous opportunity for us to compete at the top level while also keeping costs at an acceptable level.”

So don’t expect the sort of success at Le Mans that Alpine achieved with Jean-Pierre Jaussaud and Didier Pironi in 1978 just yet, but Sinault is keen to stress that this is a work in progress.

“We will see what the future will bring for Alpine, with regards to the new Hypercar regulations,” he says.

“For sure, right now we have to focus on next season first and it is clearly too early to make a decision about whether we will go for Hypercar or not in 2022.”

Manufacturers are what give a major sportscar championship the credibility and respect it craves, so the prospect of Peugeot and Alpine wrestling Toyota off its rather comfortable perch in both Le Mans and the WEC is promising.

For the longer term, Todt is also happy to consider a move to fully electric cars, alongside hybrid powertrains as part of a zero-emission goal fronted by the FIA Endurance Commission and the governing body’s #PurposeDriven movement.

The idea is that if motorsport is willing and able to develop technology from the road and vice versa, the bigger the chances are of attracting – and more importantly, keeping – manufacturers.

“Everything we can do to make sure we have zero emissions, we will do, that I can say,” said Todt.

“At the moment, something like electric cars competing at Le Mans is not possible, because the technology does not have the autonomy yet or the durability to tackle the 24 hours.

“So, at the moment, we cannot consider [electric] but it is definitely something that we [the FIA and the ACO] are trying to research from the technological side.

“Motorsport is a laboratory, and in a laboratory, you have to test things. We see the technology on the road, and we have to imitate that sort of development on the track.

“Green fuel, bio-fuel is another aspect in which we are working deeply, and this is something we want to see appear in the Le Mans 24 Hours.”

So, while Toyota romped to yet another Le Mans 24 Hours win at a relative canter – despite mechanical issues that would have surely cost it victory against the likes of Porsche and Audi – there does seem to be a light at the end of the tunnel.

It may not come next year. The shortened 2021 season’s grid of a Toyota hypercar (pictured above in concept form during a Le Mans demo run), Alpine’s old Rebellion, and new projects from ByKolles and Glickenhaus will be a very different sort of hybrid.

But the 2022 regulations and the hints of manufacturer interest so far offer a glimpse of what could move sportscars back onto the radar of all motorsport fans.

Toyota was fastest in first qualifying for the 2022 Le Mans 24 Hours, but only just - and only one of its cars was anywhere near the front