Toyota was fastest in first qualifying for the 2022 Le Mans 24 Hours, but only just – and only one of its cars was anywhere near the front.

Though Toyota is the only fully-fledged manufacturer entry in Le Mans’ and the World Endurance Championship’s top class for a fifth straight year, it hasn’t had a smooth start to 2022 – with a massive crash for Jose Maria Lopez taking one of its cars out of the Sebring 1000 Miles season-opener and a hybrid failure hitting the other car in the following Spa 6 Hours. 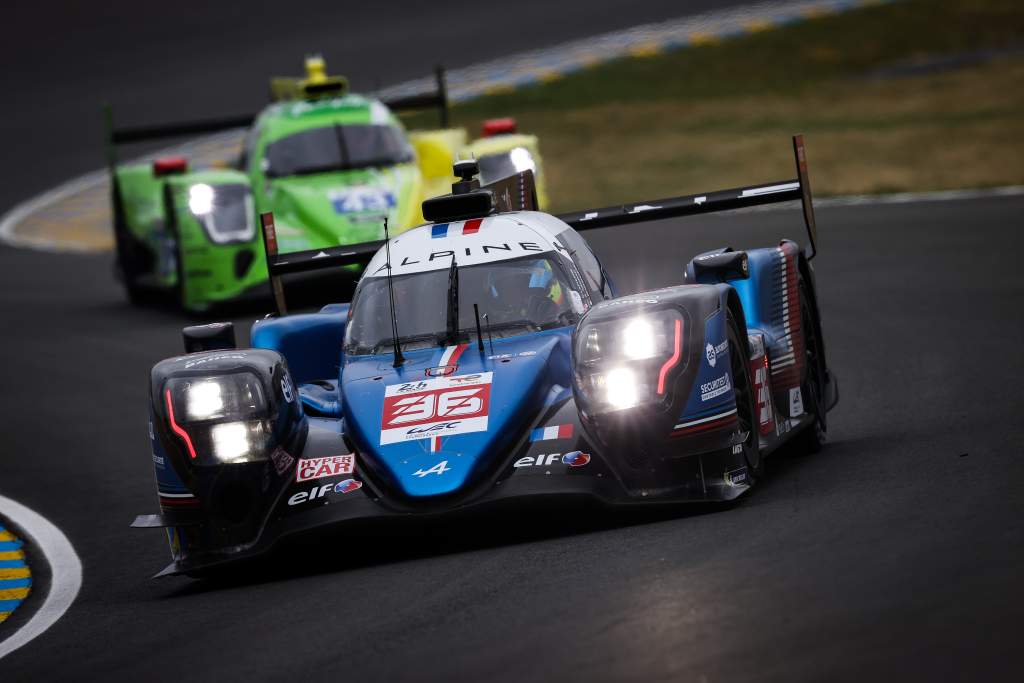 Wednesday evening’s opening qualifying session didn’t set any of the leading positions, but did decide who goes through to the hyperpole session on Thursday, when only the top six cars from each class participate.

With only five entries in the premier hypercar class, it didn’t ultimately matter that the #8 Toyota shared by Brendon Hartley, Ryo Hirakawa and Sebastien Buemi missed the start of first qualifying due to a mechanical problem that necessitated a rear corner change.

#LeMans24 – Quite some damage on the No. 93 @ProtonRacing #Porsche #911RSR. Car is back in the @24hoursoflemans paddock pic.twitter.com/URib9rKuUz

A red flag for a heavy crash by Hollywood actor Michael Fassbender – making his Le Mans debut in a Proton Competition Porsche after two preparatory seasons in the European Le Mans Series – then caused a 15-minute delay, during which rain began to fall. It got heavier, meaning only the early laps really counted.

Just to show you the conditions , it's tough work trying to keep a prototype on the road 💪

Having only just got out before the stoppage, the Buemi Toyota was down in 29th overall, 13.6s off the pace.

But Kamui Kobayashi upheld Toyota honour in the car he shares with Lopez and Mike Conway, setting a 3m27.247s to pip the Glickenhaus of Olivier Pla, Romain Dumas and Pipo Derani by 0.108s. 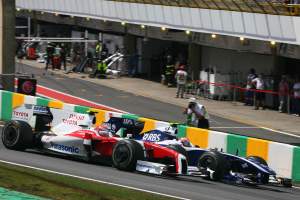 Toyota’s unusual reshuffle might be a masterstroke
Read more

The other Glickenhaus was third ahead of the Alpine – a rebranded Rebellion LMP1 car running in the hypercar class with performance balancing for a season.

Alpine will have a hypercar of its own for 2024, part of the massive manufacturer influx that’s about to come for Le Mans, the WEC and the IMSA SportsCar Championship with Peugeot, Ferrari, Porsche, Lamborghini, Acura, BMW and Cadillac all also preparing cars to either hypercar or LMDh rules.

Peugeot was due to be on the grid already, but its new car’s debut has been postponed to the next WEC round at Monza in mid-July. 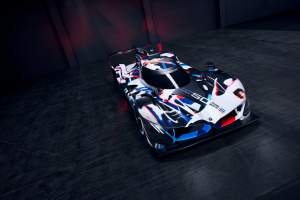 Robin Frijns was fastest in LMP2 for WRT, just ahead of his Formula E rival Antonio Felix da Costa in the Jota entry.

Two of WRT’s three cars made it into hyperpole, with Norman Nato making the cut in the #41 entry. Both United Autosports cars and ELMS champion squad and junior single-seater giant Prema are also through in LMP2.

Fastest of those missing out was the Richard Mille Racing entry that includes World Rally legend Sebastien Ogier in its driver line-up, while the LMP2 entry Penske is fielding in preparation for running Porsche’s LMDh programme next season was ninth in LMP2 with ex-Formula 1 driver Felipe Nasr.

Aston Martin led GTE Am thanks to the NorthWest team and David Pittard.