Hartley’s effort, ensuring pole for himself and team-mates Sebastien Buemi and Ryo Hirakawa, marks the #8 Toyota’s first qualifying triumph at Le Mans after three successive poles for the #7 car.

It came despite the crew’s Wednesday qualifying session being compromised by damage from contact with a GT challenger, and despite it suffering a stoppage in the Thursday practice session that preceded hyperpole.

The hyperpole session, per regulations, is to feature the top six cars from each of the classes from the opening qualifying – meaning that in the marquee Hypercar class all five of the machines made the cut.

And while Kobayashi in the #7 Toyota had topped the initial qualifying on Wednesday, he was bested by Hartley in the early hypepole runs, the Kiwi recording a 3m25.213s to his fellow ex-F1 driver Kobayashi’s 3m26.130s.

Nicolas Lapierre, running in the Alpine entry, recorded a 3m24.850s to lift himself ahead of both the Toyotas, and both of them then caught up traffic in the form of the #92 Porsche of Laurens Vanthoor while trying to hit back.

Despite this, Kobayashi was nearly three tenths faster than Lapierre – but his time was deleted for track limits.

Yet that ultimately proved immaterial in the pole battle – as while Kobayashi just narrowly pipped Lapierre with a slower final attempt, Hartley metres ahead of him had restored himself in first place with a 3m24.408s.

Lapierre therefore settled for third in the Alpine A480, which is a rebadged Rebellion LMP1 car serving as a holdover until Alpine introduces its own proper LMDh challenger.

The two Glickenhaus entries rounded out the Hypercar order, with Ryan Briscoe having a best lap a second off Hartley deleted for track limits but still ending up ahead of team-mate Olivier Pla. 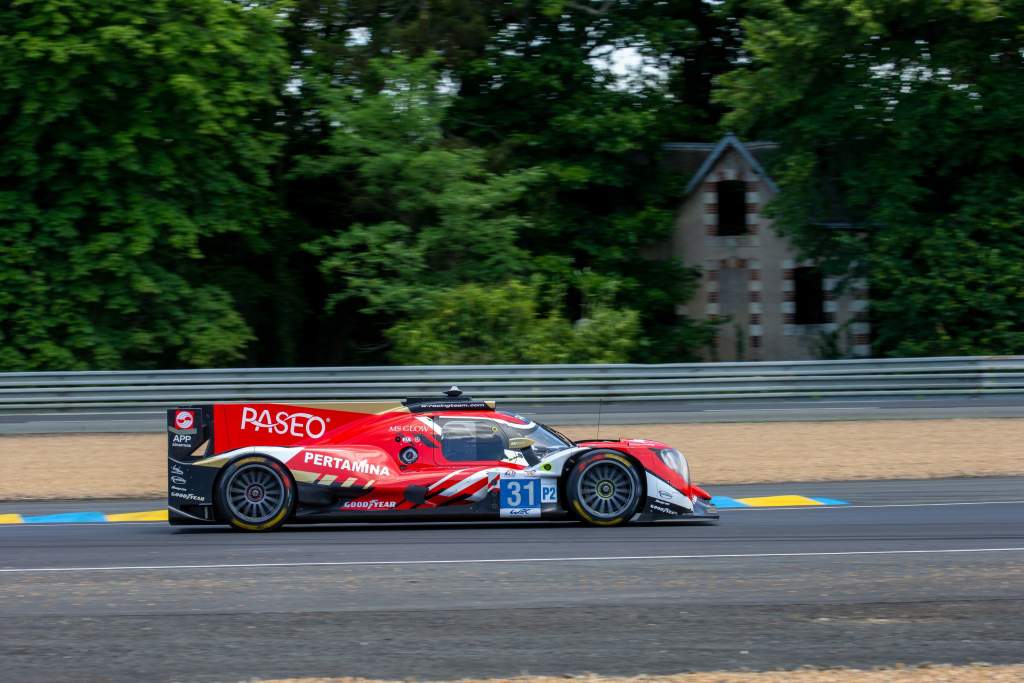 It was a WRT 1-2 in the LMP2 class, with Robin Frijns (in a crew with sometime F2 racer Sean Gelael and three-time DTM champion Rene Rast) picking off Norman Nato late off with a lap just four seconds off overall pole.

Corvette held on to an initial 1-2 among the GTE Pro entries, with Nick Tandy (partnered by Alexander Sims and Tommy Milner) responsible for pole – having beaten Antonio Garcia by two tenths, with the next-best car, the #91 Porsche of Frederic Makowiecki, another two tenths down.

Finally, in GTE Am the #61 AF Corse Ferrari led the way courtesy of a Vincent Abril effort, with Abril partnered by Louis Prette and Conrad Grunewald.