The FA/RB Allinsports entry has returned to the virtual Le Mans 24 Hours after a red flag reset following pleas from a ‘heartbroken’ Rubens Barrichello.

Barrichello, who is part of the #14 crew alongside fellow ex-Formula 1 star Fernando Alonso and simracers Jarl Teien and Olli Pahkala, looked set to miss out on any mileage in the rFactor 2-based event after a bizarre sequence of events took the Allinsports Oreca 07 out of contention.

Alonso, battling within the LMP-class top 10, had clipped Simona de Silvestro’s Porsche while lapping her and was assessed a stop-and-go penalty just as he came into the pits.

This resulted in the #14 car’s pit strategy being overwritten, and meant it was eventually sent back out onto the track without enough fuel to complete the subsequent lap – which meant the car was, at that point, retired.

“My heart is broken, I wish I was in the race,” Barrichello said subsequently during the livestream.

“It was such a disappointment, two weeks of trying, and unfortunately we had this problem with Fernando.

“He was already in the pits when he got the penalty, and he couldn’t switch it off, so it didn’t allow him to refuel, and then we stopped and we’re out of the race. All I want, is give us 20 laps behind, but let me drive.

“I organised everything for me to be good, it was hours and hours of practice, so it’s a pity we’re not in.”

Barrichello also indicated that the FA/RB Allinsports team plans to enter the 24-hour race at the same circuit on a different video game, iRacing, next week.

“I even got a new sim for me to get going faster. Alonso was so competitive and it was nice – we put up together such a nice team. It’s been fun, and we’re organising already, the 24 hours next week for iRacing [24 Hours of Le Mans] because it’s frustrating not to be in.

“If the organisers hear me, please give us 30 laps behind but put us back in the race – we want to go racing!”

Race control communicated “technical issues with the computers” and threw out the red flag for a server reset, the #14 entry was reinstated into the race.

The red flags came out at the 4h45m mark and were lifted just over half an hour later.

The Allinsports car, now driven by Teien, has now rejoined the race six laps down (same as the second-to-last LMP car before the restart) on the race leader, the 2 Seas Motorsport entry of Oliver Rowland, Isa bin Abdullah Al Khalifa, Devin Braune and Rory MacDuff.

Full explanation of what happened and why we allow @alo_oficial and his team to get back on track.#WEC #LeMans24Virtual pic.twitter.com/88ZCEd3Dgm 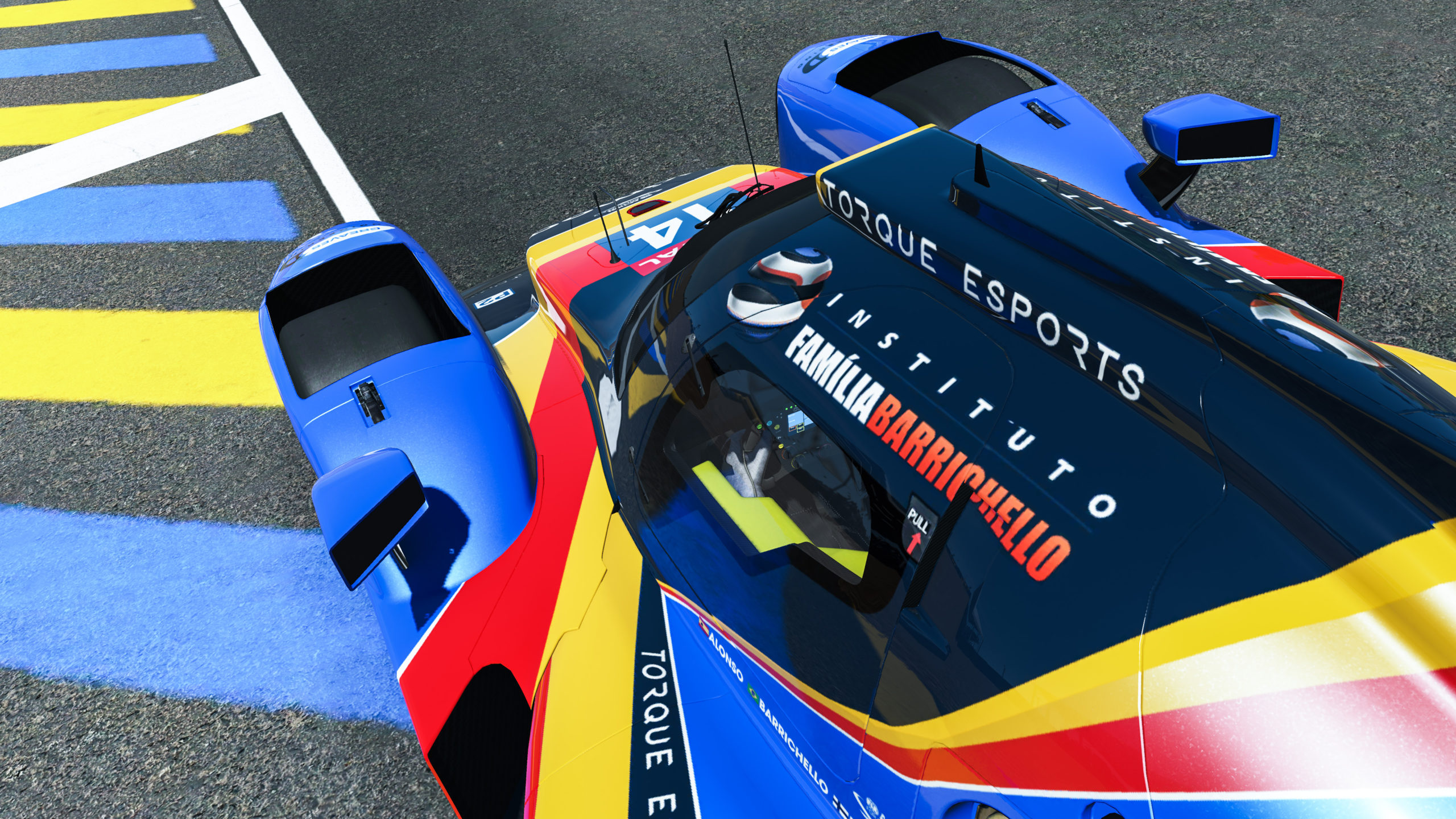 The ROKiT Triple Crown season of The Race All-Star Series wraps up today at Le Mans, with all three of its championships set for closely-fought title deciders