Jun 13 2020
By Valentin Khorounzhiy
No Comments

Ex-Formula 1 stars Fernando Alonso and Rubens Barrichello have dropped out of the Virtual Le Mans 24 Hours in the opening stages of the marathon, due to what Alonso described as “a combination between a human error and game glitch”.

Simracer Jarl Teien had qualified the #14 Team FA/RB Allinsports entry in 13th place on Friday, and Alonso moved up into the top 10 after the start.

However, while trying to lap Porsche Esports Team #94 GTE entry piloted by Simona de Silvestro at Tertre Rouge, he swiped the Porsche off the track – and was assessed a one-second stop-and-go penalty just as he entered the pits for his planned pitstop.

The penalty overrode Alonso’s planned pitstop, prohibiting him from refuelling, with the TV feed showing the two-time F1 champion desperately trying to get the refuelling process to commence to no avail.

Ultimately, when Alonso emerged on track after a lengthy period of troubleshooting in the pits and tried to coast through the subsequent lap, the #14 Oreca 07 ran out of fuel on the approach to the Mulsanne corner, dealing a final blow to the team’s race before Barrichello, Teien or fellow simracer Olli Pahkala could turn a lap in anger.

“So here we are, not the 24 hour virtual that we hoped for,” Alonso summed up afterwards. “I think a combination between a human error and game glitch put us in a bad situation. I think the race directors gave us a penalty when we were in the pitlane, which was a bit unusual, and the game doesn’t allow you to block that penalty to serve the lap later, at least to put the fuel.

“So, it serves the penalty but doesn’t put any fuel or tyres, so we didn’t have fuel for the full [next] lap. So, that glitch and probably that penalty when we were on the pitlane was not expected for anyone.

“Unfortunately not the race we were hoping for. We did I think a good preparation. We will have fun on the next one, on the next 24[-hour race] – let’s see if we can choose another race soon with this ‘superteam’, and let’s enjoy.”

It’s a nice evening now to ride a bit on the bike…🚴‍♂️! Not the 24h we were hoping for 😂😂😂😂!
Into the next challenge team @Allinsports_srl @rubarrichello @OlliPahkala @JarlTeien …any suggestions? Spa24? Nurburgring? Daytona? 💪 pic.twitter.com/KLmrORf2Aw

Elsewhere in the LMP class, there have been big crashes for Brendon Hartley in the #8 Toyota entry and the #21 Axle car piloted by Alex Yoong.

The #4 ByKolles – Burst Esport car piloted by Tom Dillmann kept the lead off pole position, but Dillmann was assessed a drive-through penalty for jumping the start.

This handed the advantage to the WRT entry, but a reported internet problem for Kelvin van der Linde meant another lead change – with cars from Veloce Esports and Team Redline, started by Stoffel Vandoorne and Max Verstappen respectively, subsequently taking turns in the lead. 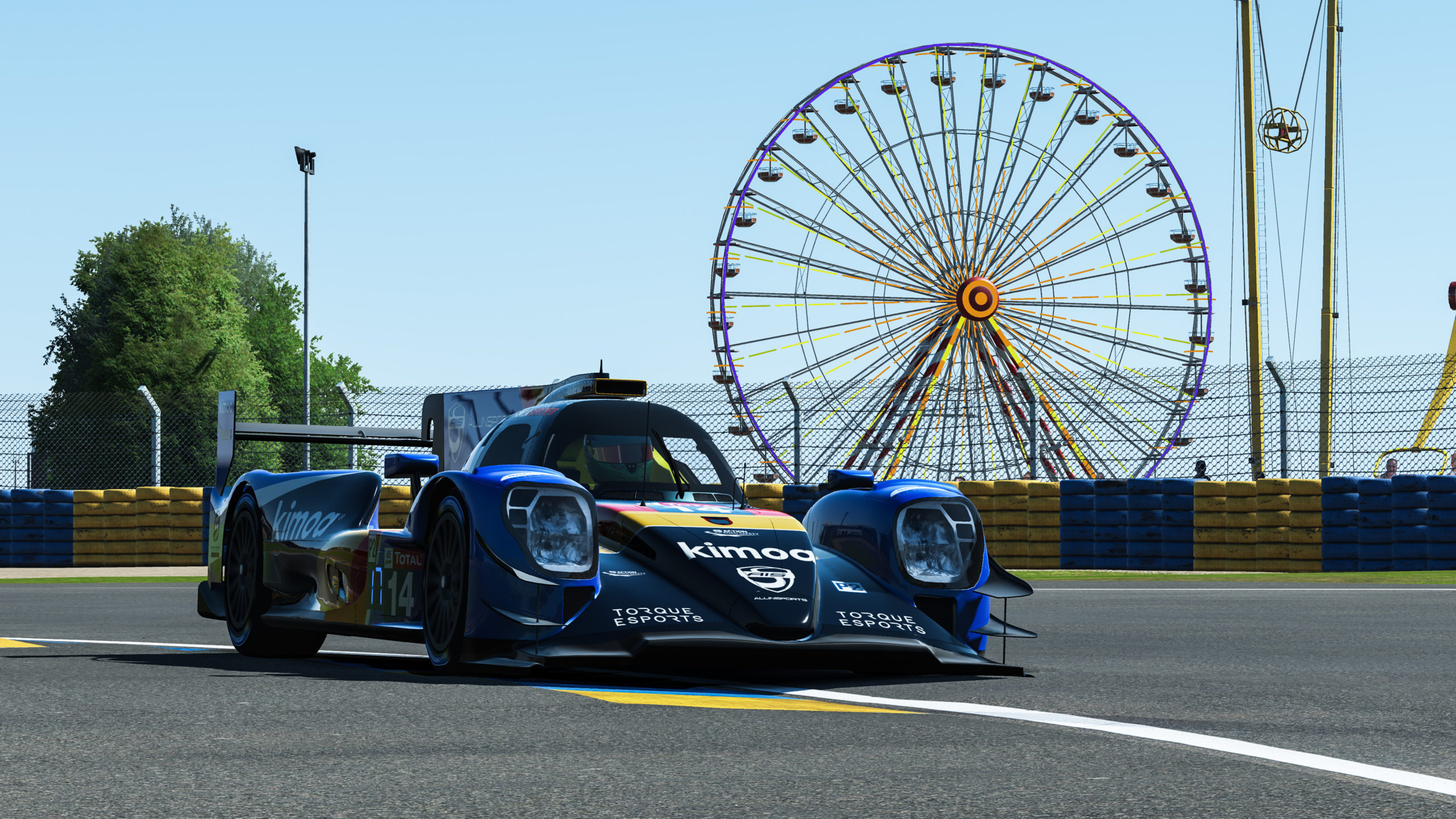 Toyota’s history of tears and triumph at Le Mans is well-documented, but within the nuances of its two wins over severely limited opposition in 2018 and 2019, mapping out a true LMP1 Hybrid legacy is difficult