Michael McDowell scored the first NASCAR win of his 13-year career at the Daytona 500 in a shock result as the Penske team-mates took each other out on the final lap in a fiery crash.

In the closing laps McDowell – driving for a Front Row Motorsport team that had two wins coming into the race – was partnered with fellow Ford driver Brad Keselowski.

The 2012 Cup Series champion Keselowski has six wins on super speedways but the Daytona 500 is still the one thing missing from his resume.

On the last lap, McDowell gave Keselowski a bump on the backstretch, just as he tried to move to the inside of Penske team-mate Joey Logano.

Both Penskes crashed at either end of the race track which instigated a huge multi-car crash and a caution which finished the race, and McDowell was just ahead of reigning Cup champion Chase Elliott when the caution flew.

Take a look at the accident that brought out the caution flag at the end of the #DAYTONA500. pic.twitter.com/M7AUZJ1c1C

McDowell made his Cup debut in 2008 and has bounced around different teams not usually in contention ever since, but his switch to Front Row in 2018 did yield some strong results including a fifth at Daytona in 2019. 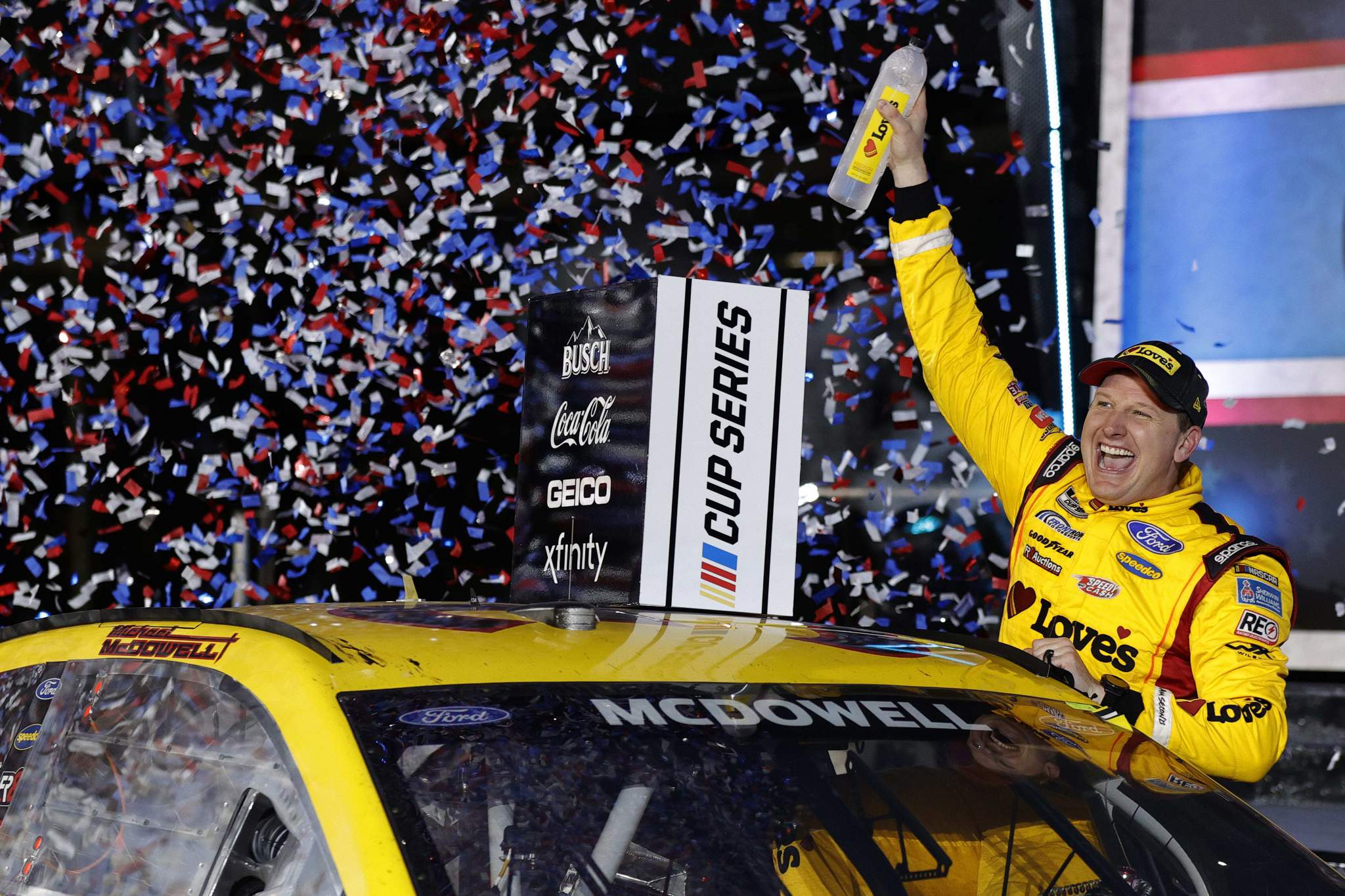 It was Front Row’s first win since another shock result when Chris Buescher won at Pocono in 2016 and its only other win since 2004 came with David Reagan at Talladega in 2013.

Denny Hamlin had been bidding to become the first person to win three consecutive Daytona 500s, and he dominated most of the race after a key decision at the start.

At the beginning of the race the Joe Gibbs Racing driver fell to the back of the field and in the process avoided a massive crash at the front on lap 14/200 which took out a number of leading contenders 14-laps in. 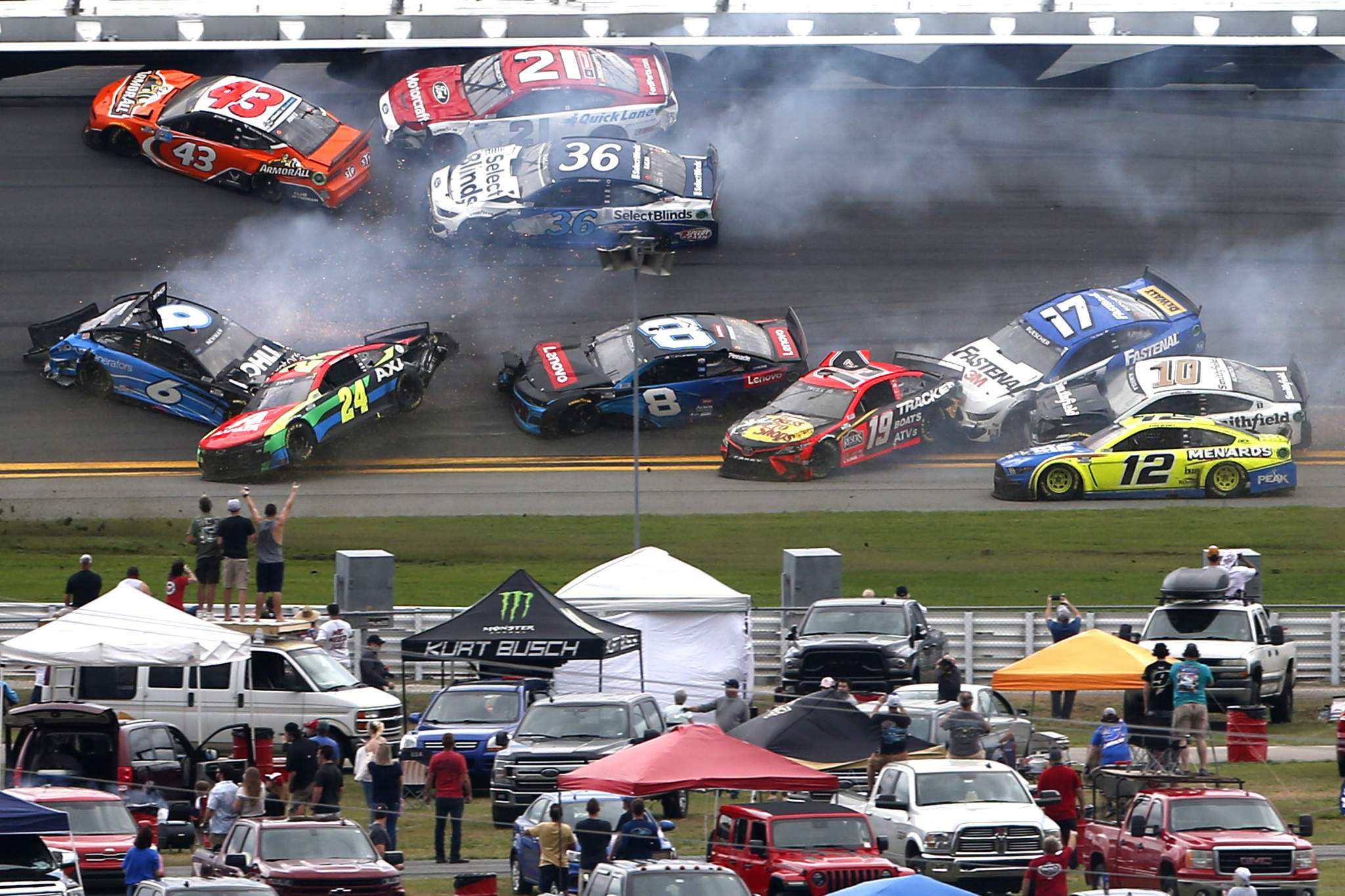 In the leading pack, Kyle Busch gave Joe Gibbs team-mate Christopher Bell a push, which in turn gave him a run resulting in hitting the back of second-place Aric Almirola’s car.

.@NASCARONFOX takes a closer look at what caused this multi-car accident. #DAYTONA500 pic.twitter.com/sS8wJkt9La

Almirola lost control and speared up the race track hitting third-place Alex Bowman, which proved the catalyst for a pile-up which affected 16 cars right at the start of the race.

A rain delay of almost six hours immediately followed the crash, allowing some drivers to head for local fast food restaurants to replenish supplies before the race commenced after 2100hrs local time.

.@RossChastain out here in the drive thru ordering @McDonalds for the entire 42 team during this rain delay 😂🍟#NASCAR | #DAYTONA500 pic.twitter.com/Gt3Z47leJs

Hamlin was the star when the race resumed, heading Ryan Preece to win the first of three stages which NASCAR individually awards points for.

Bubba Wallace emerged as a leading contender in the second stage for the new 23XI team owned by Hamlin and basketball superstar Michael Jordan. 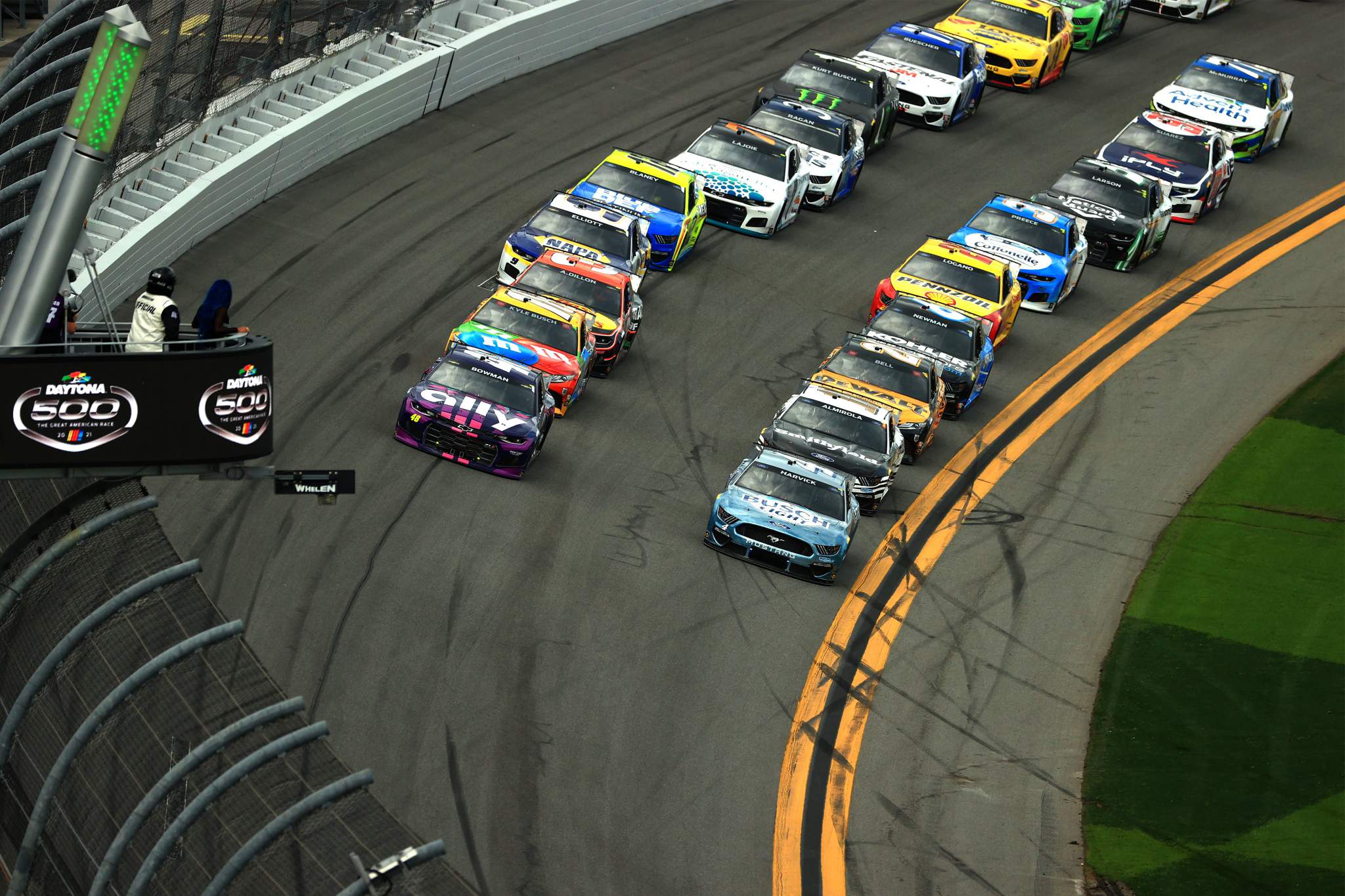 However Hamlin was able to beat Wallace and early leader Kevin Harvick who was just out in front and unaffected when the lap 14 pile-up took place.

With the second stage in the bag a number of cars attempted to move forward from in the pack but the race’s early exponents remained. Wallace was the first to fall out of contention though.

After the last pit stops – made under the green flag – within the last 30 laps, Wallace had to make a secondary stop due to a problem with wheel vibration and finished 17th after being hit from behind in the last lap wreck.

An unscheduled stop for @BubbaWallace!

He reports a vibration on his No. 23 machine. #DAYTONA500 pic.twitter.com/f7NU3G8c1B

In the melee after the crash, 2018 Daytona 500 winner Austin Dillon – who had been a threat throughout – took third, ahead of Harvick and Hamlin.

Cory Lajoie took ninth, ahead of Kyle Larson racing for Hendrick Motorsports just a year on from a racial slur which cost him his #43 Chip Ganassi Racing ride that Chastain now represents. 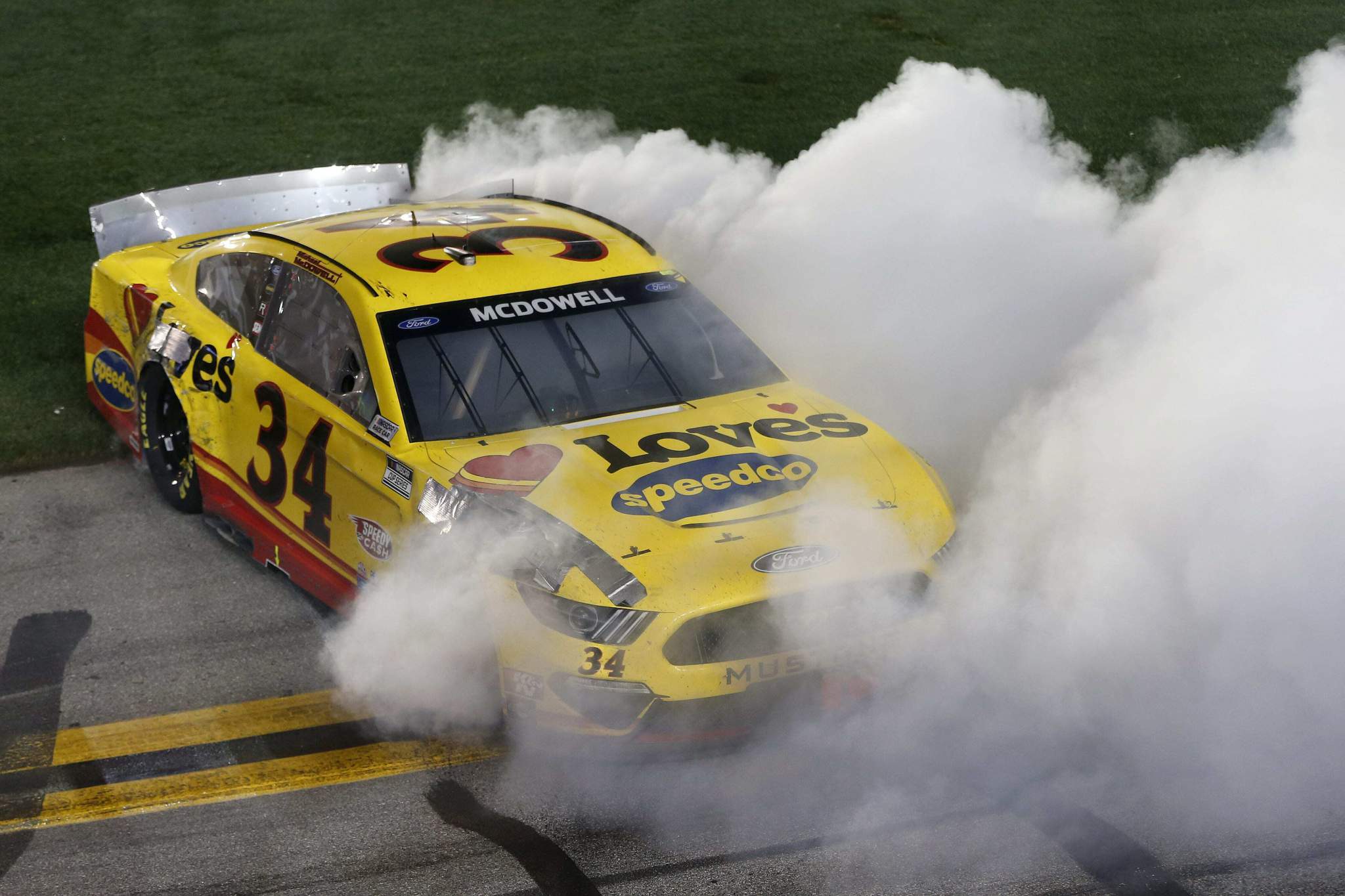