NASCAR Cup Series frontrunner Kyle Larson has been suspended by his employer Chip Ganassi Racing without pay, and NASCAR itself, after Larson used a racist slur in an iRacing event on Sunday.

Larson had been driving in an event called ‘Monza Madness’ organised by fellow Cup Series driver Landon Cassill, when Larson was heard using a racial slur during the live-streamed event.

Another competitor reminded Larson that everyone could hear him after the slur, and IndyCar racer Conor Daly said “yikes”, seemingly in reaction to what Larson had said.

Larson put out a video on Twitter to apologise for his actions. He said: “I just want to say I’m sorry, last night I made a mistake and said the word that should never, ever be said.

“There’s no excuse for that. I wasn’t raised that way, it’s an awful thing to say. I feel very sorry for my family, my friends, my partners, the NASCAR community and especially the African American community.

Larson’s team also took to Twitter to issue a statement.

“We are extremely disappointed by what Kyle said last night during an iRacing event,” it said.

“The words that he chose to use are offensive and unacceptable.

“As of this moment we are suspending Kyle without pay while we work through this situation with all appropriate parties.”

A NASCAR spokesperson told The Race: “NASCAR is aware of insensitive language used by a driver during an iRacing event on Sunday, and is currently gathering more information.”

NASCAR then tweeted that it would be suspending Larson indefinitely to “maintain an inclusive environment for our entire industry and fan base”.

Larson graduated into the NASCAR Cup Series – joining Ganassi for 2014 after a few outings with Phoenix Racing in the previous season – through the sanctioning body’s Drive for Diversity programme.

He has finished in the top 10 in the championship standings every year since 2016. 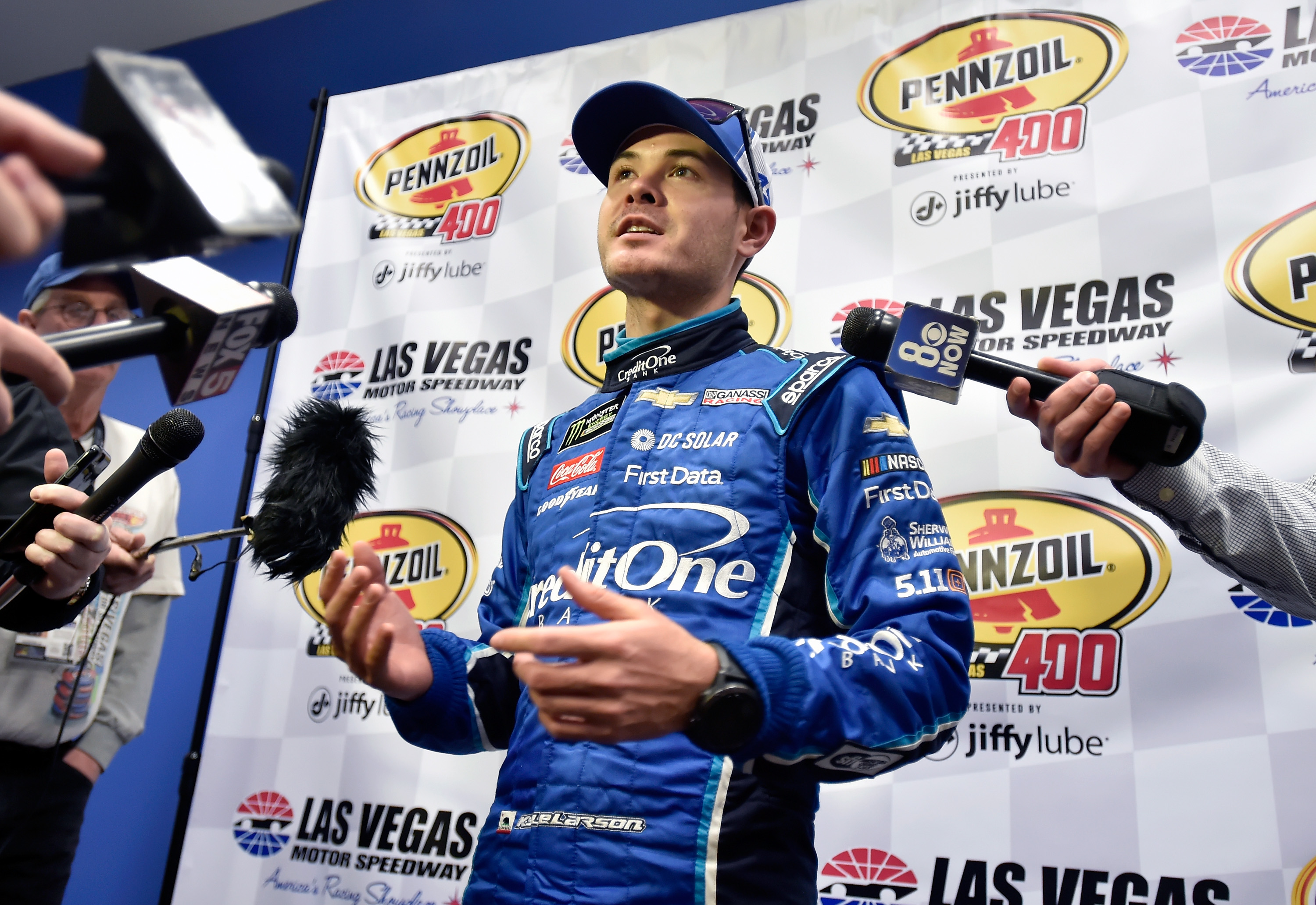