Peter Hickman secured his fourth win of the 2022 Isle of Man TT by lifting the blue riband Senior TT trophy in the final outing of the week.

Hickman led from start to finish in the delayed and rescheduled six-lap race to take the top spot from Dean Harrison and local hero Conor Cummins.

Hickman repeated his feat from the opening race of the week by starting with an explosive opening lap to immediately chalk up a comfortable margin over week-long rival Harrison – and was then able to cruise home to the win in the six-lap, 226-mile-long race across the Snaefell Mountain course. 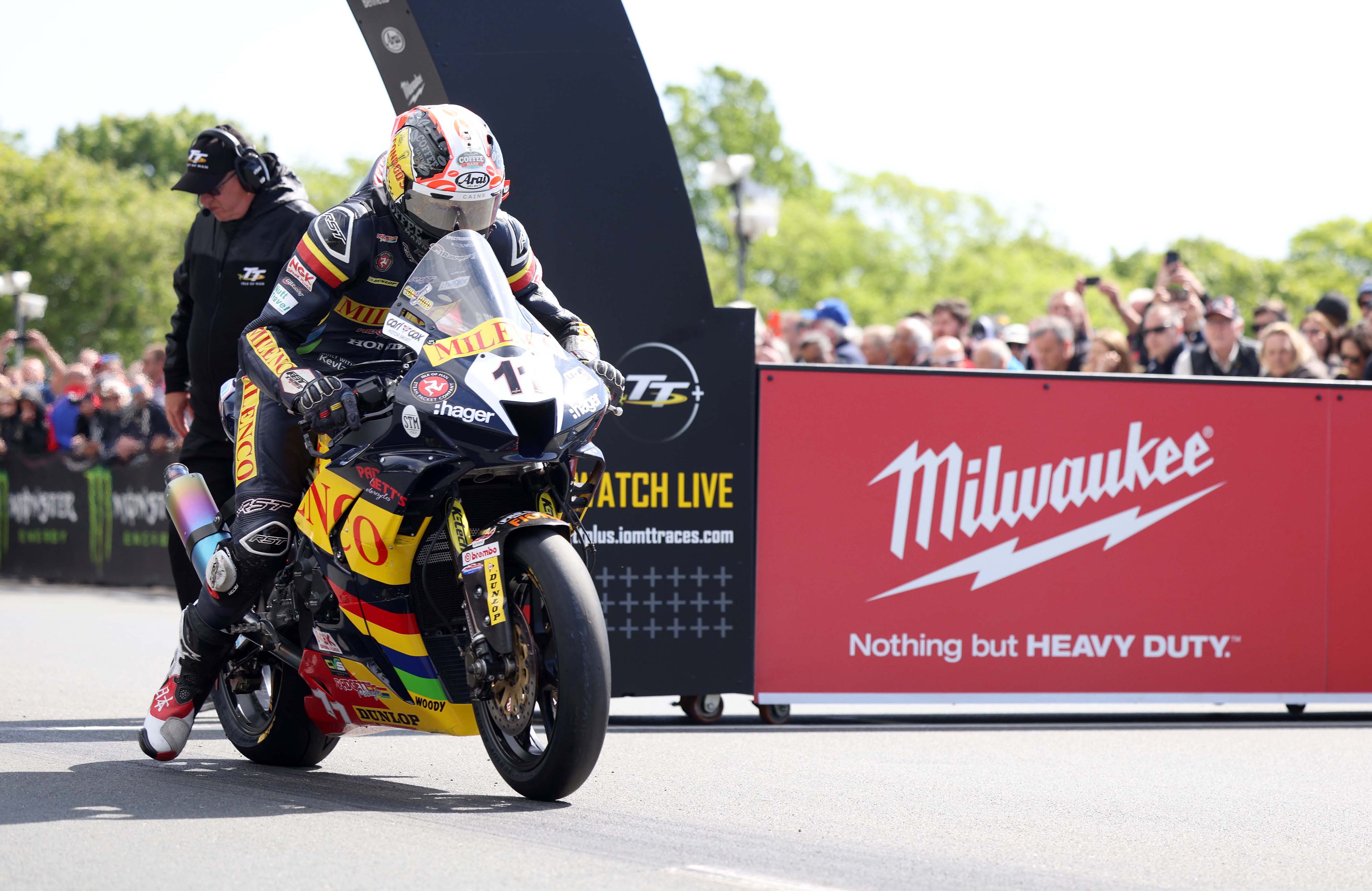 Behind the duo, the real battle was for third as Cummins traded places with his Padgetts Honda team-mate Davy Todd on the time screens, with the Manxman getting the advantage only in the closing stages of the race to take the final podium spot by fewer than three seconds.

Michael Dunlop was fifth, with the double supersport class race winner unable to find a competitive edge on the Hawk Racing Suzuki all week long.

James Hillier was sixth and Ian Hutchinson seventh, while Jamie Coward took the honours of top privateer in eighth.

23-time winner John McGuinness was ninth, aided by a late crash from Dom Herbertson (who was reported as conscious with hip injuries) and by a mechanical problem for his team-mate Glenn Irwin, who missed out on his chance to secure a top-10 finish on his first Senior TT appearance.

The race, delayed from Friday by adverse weather but reinstated to its original six-lap length as a result, brings the 2022 Isle of Man TT to a conclusion after a week of extreme highs and lows.

Dunlop crept closer to the all-time winners’ record but tragically the 2022 TT featured five deaths, the most in a single running of the event since 1989.