Yamaha rolled out a significantly-modified exhaust for its M1 MotoGP bike at the one-day post-race test at Misano, delivering the exact modifications that The Race’s technical guru Neil Spalding first predicted two weeks ago in our MotoGP podcast.

A series of engine failures caused by a batch of faulty valves across the opening two events at Jerez has left Yamaha juggling its remaining engines in and out of its bikes since then to try to preserve them.

That’s been coupled with rev restrictions that have cut 300rpm from what is available to Yamaha’s riders, leaving them struggling at Brno and the Red Bull Ring last month with top end power.

But, as our veteran tech guru predicted, that can in part be rectified by using a new and longer exhaust system, as seen on Tuesday on the bikes of Valentino Rossi and Maverick Vinales. 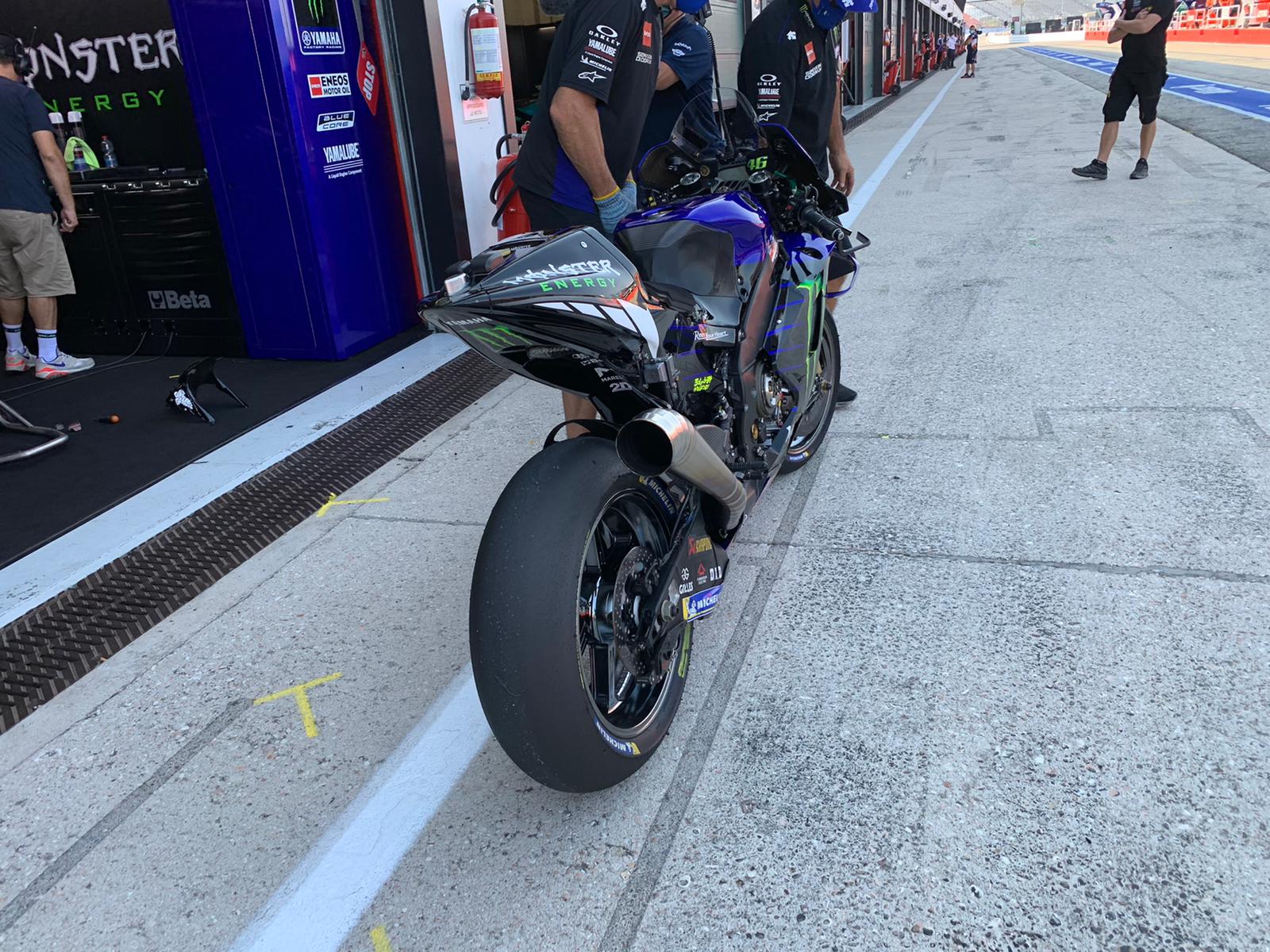 “Yamaha definitely cooked some of their engines right at the start of the year, and that damaged the valves,” Spalding explains.

“But sealed engines mean they’re not allowed to change those valves. So they’ve got to run the rest of the year with those engines and now they’ve got to find a way to put them under less stress.

“The only way to do that is to reduce the maximum revs and then try and build all of the equipment on the outside of the sealed engine to try and help that engine make its best power lower down the rev band.

“That is typically going to include modified throttle bodies inlet lengths and most critically a new exhaust system with longer primary pipes and a longer overall length to help the engines make better power at lower rpm.”

To hear Neil’s full explanation plus the source of all of Yamaha’s engine woes, make sure to check out the edition of our MotoGP podcast below – and for more of Neil’s insight you can buy his acclaimed book MotoGP Technology here.

18 hours ago Formula 1, Gaming No Comments