The Yamaha riders’ advantage from last weekend’s San Marino Grand Prix seems to have been closed down by their rivals as the series returns to action at the Misano circuit for a second consecutive weekend.

KTM rookie and Czech Grand Prix winner Brad Binder took the top spot after the first day of practice for the Grand Prix of Emilia Romagna, while the Yamahas ended the day between third and 15th in the combined classification.

However, while changing track conditions might be playing a role in allowing KTM in particular to return to its form from earlier in the year, a significant part of the closing gap seems to be more to do with Yamaha riders themselves than with their rivals. 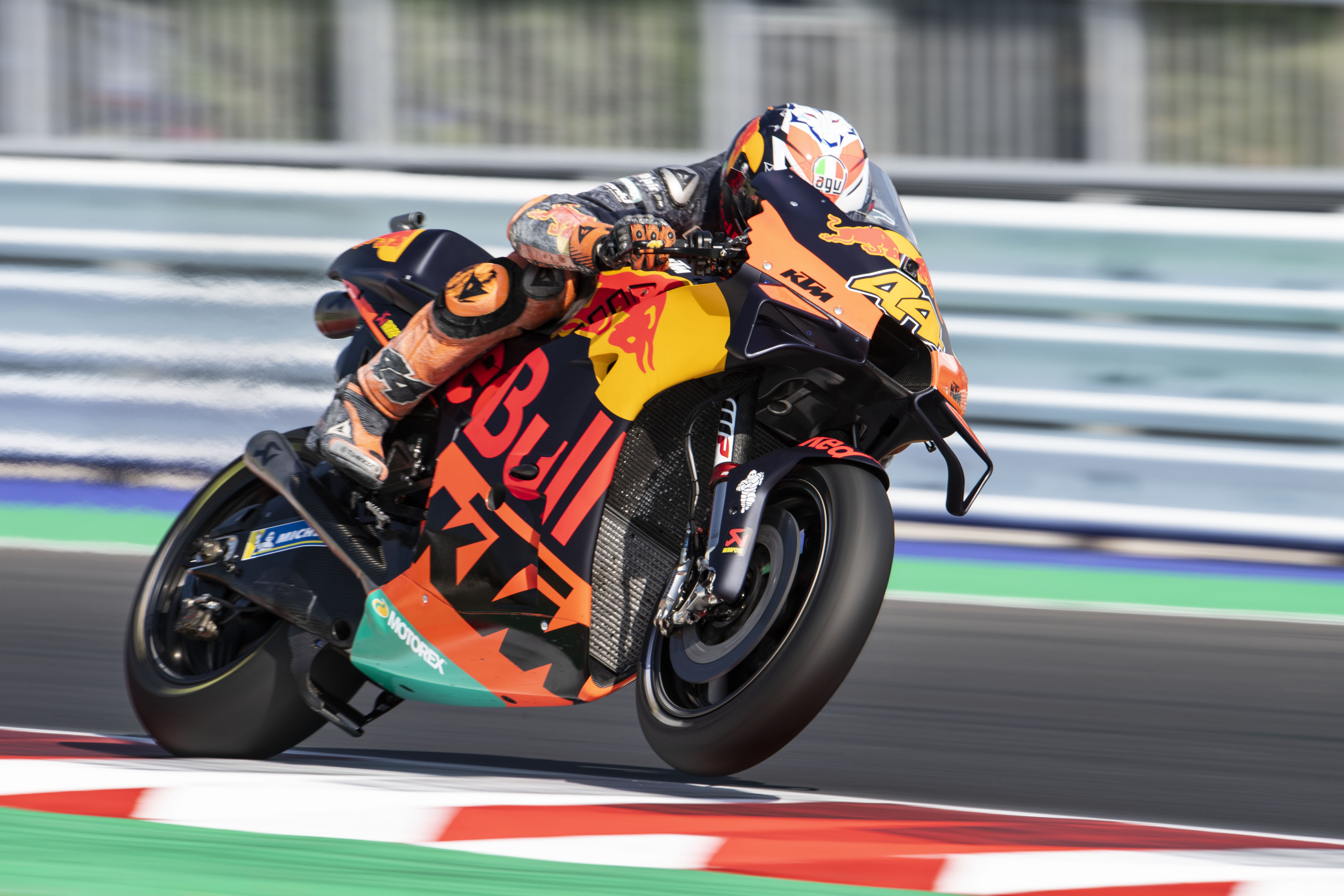 Binder’s team-mate Pol Espargaro, who finished fifth on combined times, was quick to pinpoint what he believes is the main reason for the RC16’s ability to close down on the quartet of Yamahas, who dominated on single-lap pace last weekend. With it being cooler, windier and yet with more rubber down after three days of practice and racing and a test on Tuesday, Espargaro believes that the altered conditions are playing to KTM’s strengths.

“The rear grip dropped so much during Sunday’s race and I couldn’t stop the bike,” Espargaro said. “We’ve tried a lot of things since then, but that’s the thing that’s making all the difference. The track last weekend was very green, and even now when you go off track this weekend you can see the dust.

“We’re very close to the beach and when the wind blows it gets very dirty. For us it’s very important that we have good grip, and without it we struggle. At the test, our level of grip increased by 30% and now today everything is at another level and we’re fast with new tyres, used tyres, everything.”

The other man who demonstrated an impressive improvement in form versus seven days ago was LCR Honda rider Taka Nakagami. One of the few left for the Japanese manufacturer as Stefan Bradl joined Cal Crutchlow and Marc Marquez on the injured list, Nakagami ended up second-fastest overall – a radical shift from last Friday when he believed that he would struggle to finish the race. 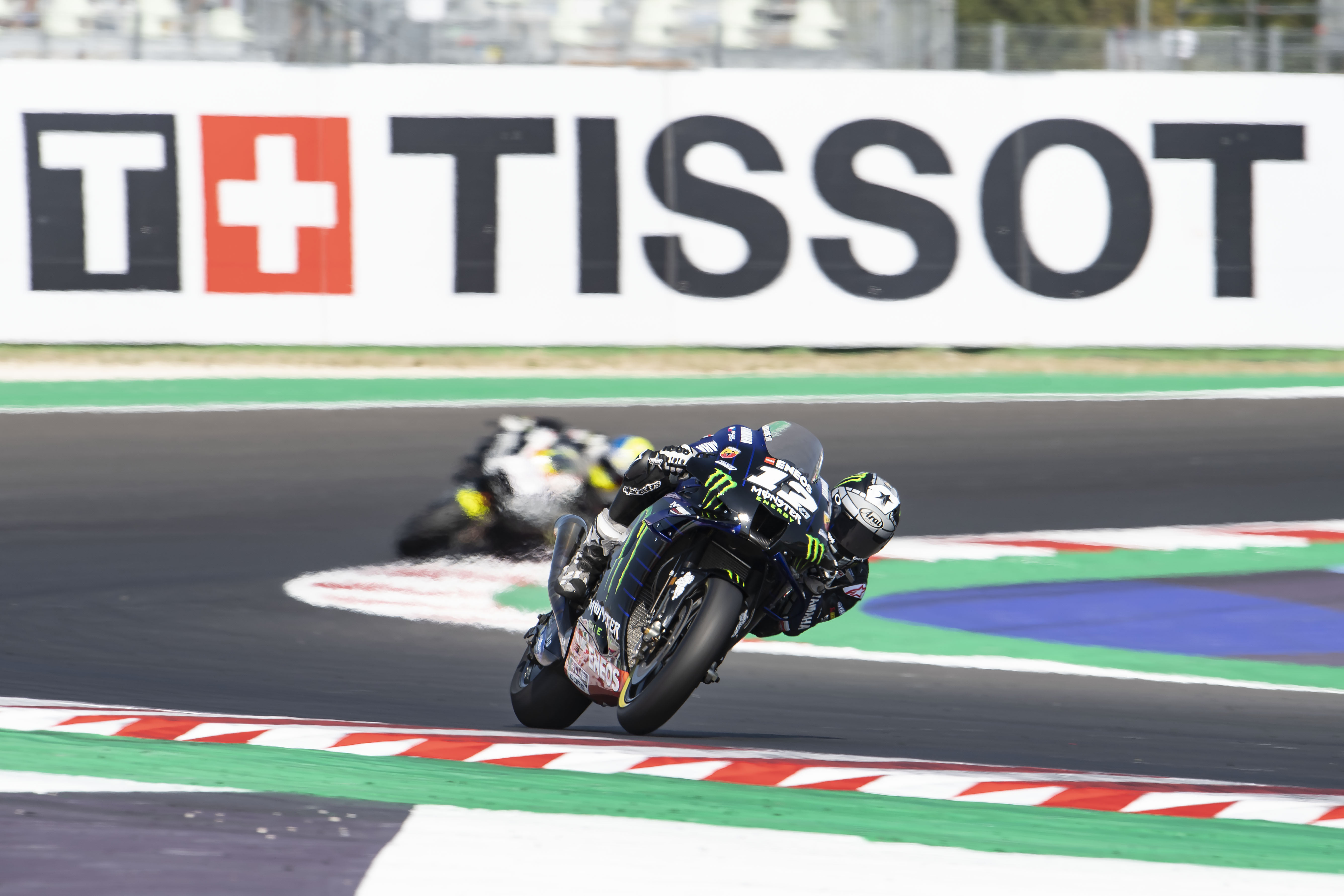 That changing grip is clearly working against last weekend’s pole position man Maverick Vinales more than anyone else. Vinales looked set to fight for the win last Sunday, but his charge fell apart when conditions started to change, leaving him to settle for a distant sixth place at the chequered flag.

And those issues haven’t been resolved, either, with the Spaniard sounding increasingly like his lost self of 2018 despite ending up fourth on combined times. However, there’s a small glimmer of hope for him in the form of a radical departure from his crew’s usual working method in the hopes of finding a positive.

“Unluckily we haven’t found anything,” he conceded. “We thought we had, but when we put in the race setup we found nothing. We set it to the same power level, filled the fuel tank, and found the same problems.

“We’re going to work with the front tyre, looking for more grip, more stability and more turning. We’re going to try to see if we can solve that problem.” 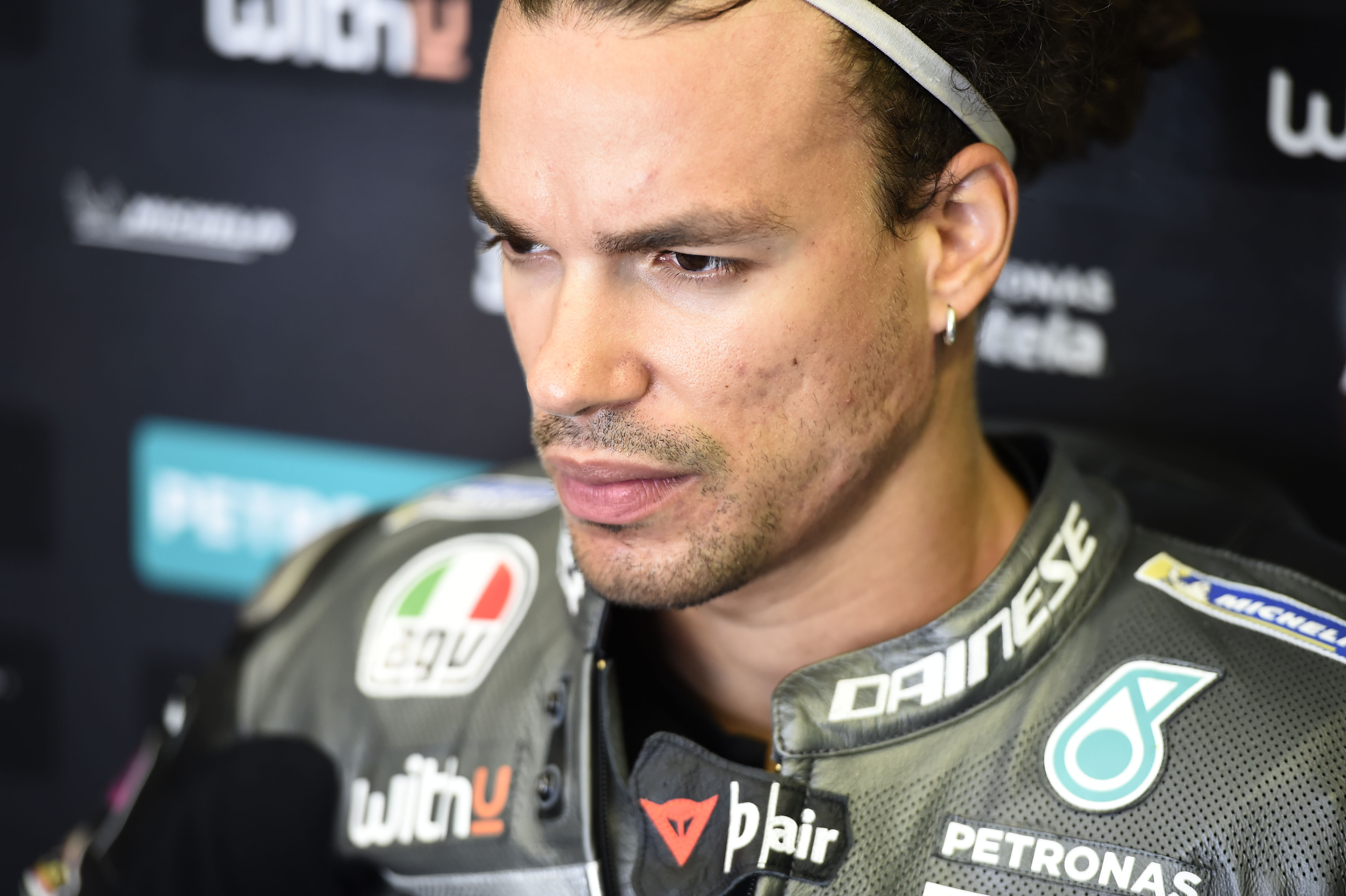 Things aren’t much better in the camp of last week’s runaway winner Franco Morbidelli – although for vastly different reasons. Missing Tuesday’s test due to a stomach illness and seeing it return today, he didn’t speak to the media after finishing sixth.

And while some assumed that Morbidelli’s absence at Tuesday’s test was due to over-enthusiastic post-race celebrations, mentor Valentino Rossi categorically says that wasn’t the case.

“When Franco didn’t come to the test on Tuesday, many people were asking me about the party on Sunday!” Rossi said. “But I went home with my girlfriend and watched the race back. We were supposed to meet for dinner on Monday evening but he [Morbidelli] sent a message to everyone saying that he was sick and already at the toilet!”

Knowing that it would be a harder weekend for himself, too, despite just missing out on the podium last week, Rossi admitted that there’s still plenty of work for him to do ahead of Sunday’s second race too.

“I expected after Tuesday’s test that this weekend would be harder for us, because the other manufacturers can improve the setting and the riders can work on themselves,” he said. “So we need to work on the bike to improve, because Tuesday was an important test but we didn’t find anything.

“I’m a bit faster compared to last week, but we haven’t finished our work and I don’t feel comfortable with the balance of the bike. I’m a little bit in trouble on braking and corner entry, and we need to improve and to continue to work tonight because we need to stay in the top 10 in FP3.” 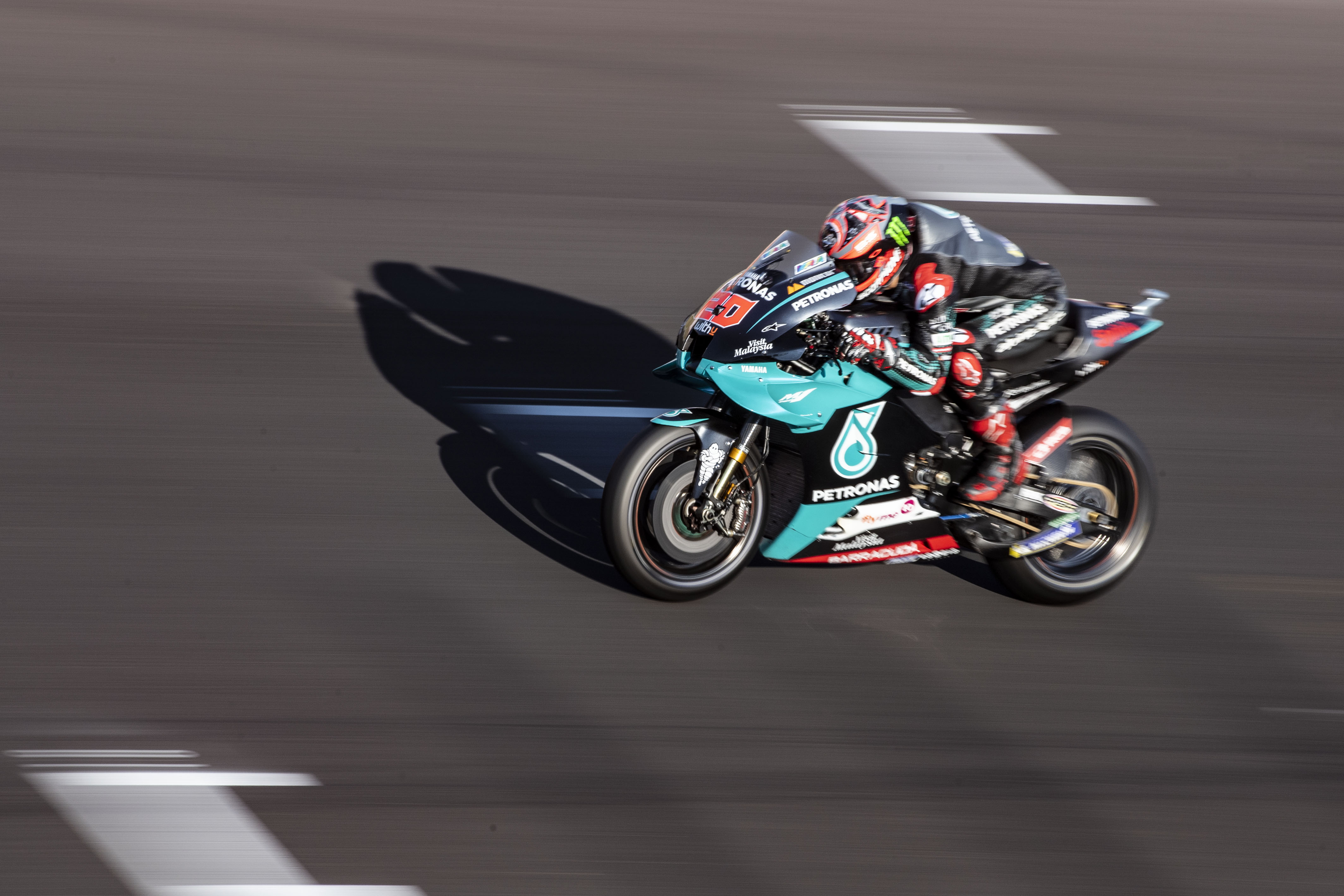 But adding to the belief that it’s more Yamaha’s misfortune than newfound pace from rivals that has closed down the gap was an impressive display of race pace from Morbidelli’s Petronas Yamaha team-mate Fabio Quartararo this afternoon.

Losing out on the opportunity to fight for the win last weekend after making a rookie error and crashing out, he put on an impressive display in FP2 by completing 14 laps in a row not far off lap record pace.

“We finished really well,” he enthused afterwards. “We made a great long run with the tyres we are supposed to race and I’m very happy with it, with every lap in the 1:31s.

“We did a time attack with the medium as well and there was still some margin, so I can’t wait now to see our potential tomorrow with the soft.” 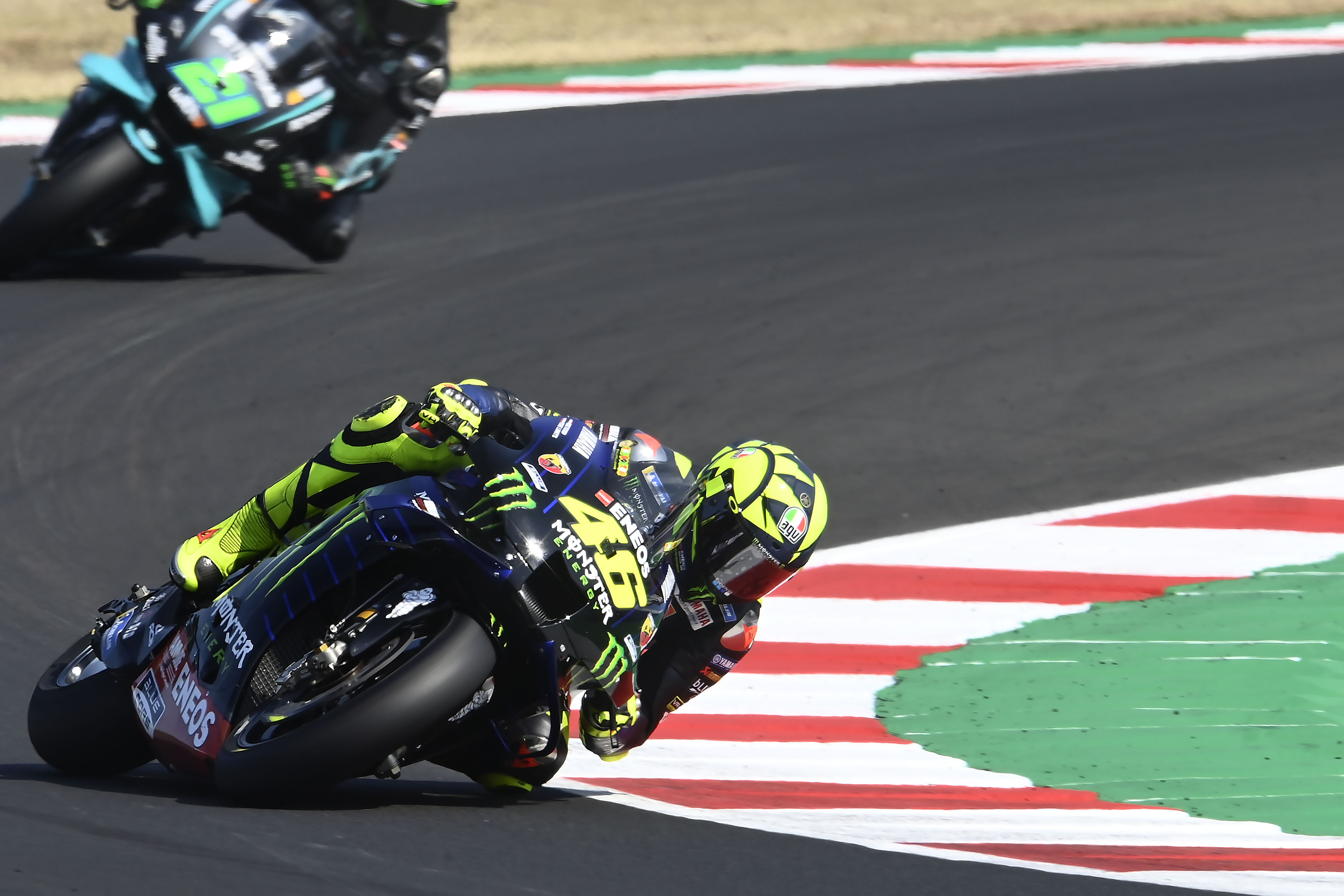