Why Suzuki's sure the best Brivio replacement is... no one - The Race
Skip to content
MotoGP

Instead MotoGP’s champion squad will rejig its existing management structure to cover for Brivio’s sudden departure to Alpine’s Formula 1 efforts. 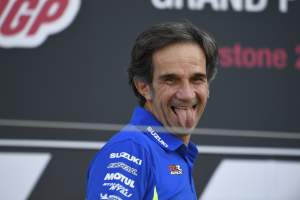 Brivio’s move – only weeks after lifting the championship trophies – came as a complete blindside to Suzuki’s entire senior management.

Veteran engineering boss Sahara admitted that despite him being confident that Suzuki has a solid structure in place to cope with the news, it was a hard blow to receive.

“It was shocking news,” he admitted in an interview issued by the team recently.

“I really appreciate what Davide has done since he joined Suzuki; coming in at the start with the newly-created project and growing it to become a top team.

“We know who we are, how we work, how we interact, and what we need. We will try to manage by ourselves” :: Shinichi Sahara

“For sure we are affected by it, but I don’t think we are going to lose the way without him, because we always looked at things in the same way and agreed on the direction to take. We also have expert staff to help us manage.”

That’s in part thanks to an effective team structure that the squad has built under the veteran Italian team boss’s tutelage.

Suzuki is something of an anomaly among the factory teams thanks to its unique blend of European and Japanese mentalities and the family feel that it’s been able to maintain even when growing into a world championship-winning operation with Joan Mir. 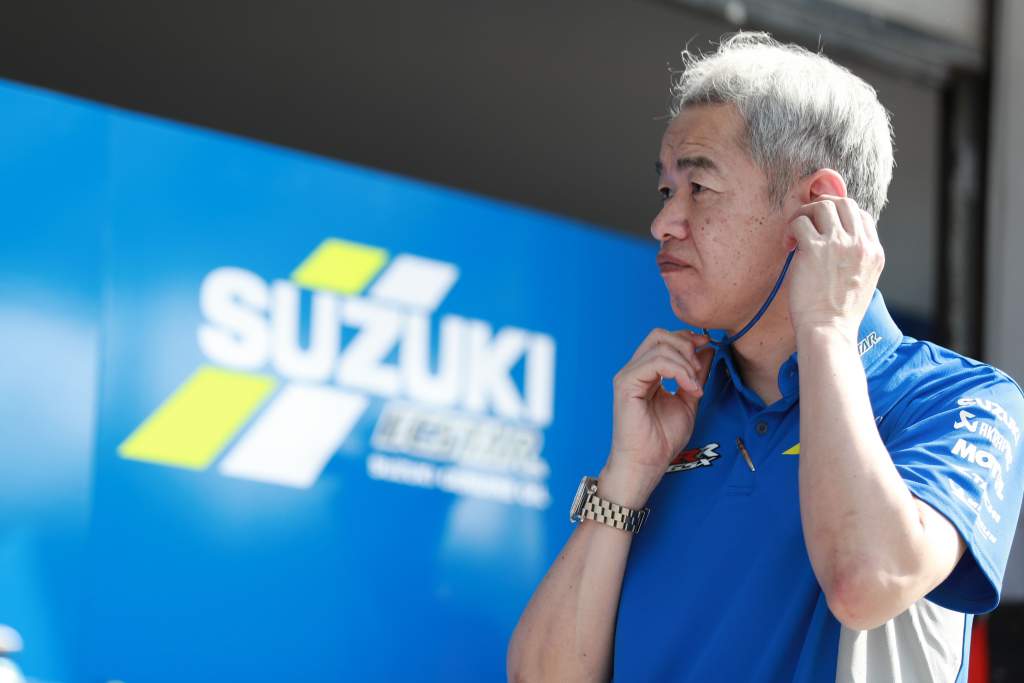 Sahara (pictured above) seems keen to maintain that feeling by not bringing in anyone new just yet.

“I fully trust the team structure we have and the rest of the people who helped build it up,” he said. 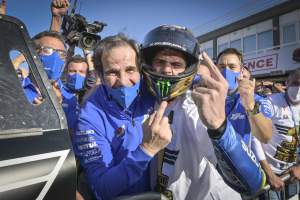 “I think that we can manage the situation with the people inside Suzuki, and it is the best way for us.

“We know who we are, how we work, how we interact, and what we need. We won’t look for an external manager right now, we will try to manage by ourselves.”

That’s an entirely sensible plan, too, given just how well the current structure is working.

Suzuki has become a well-oiled machine, and bringing in someone like former Honda boss Livio Suppo or Ducati’s current sporting director Paolo Ciabatti (both names linked to the role) risks upsetting the delicate balance within the team. 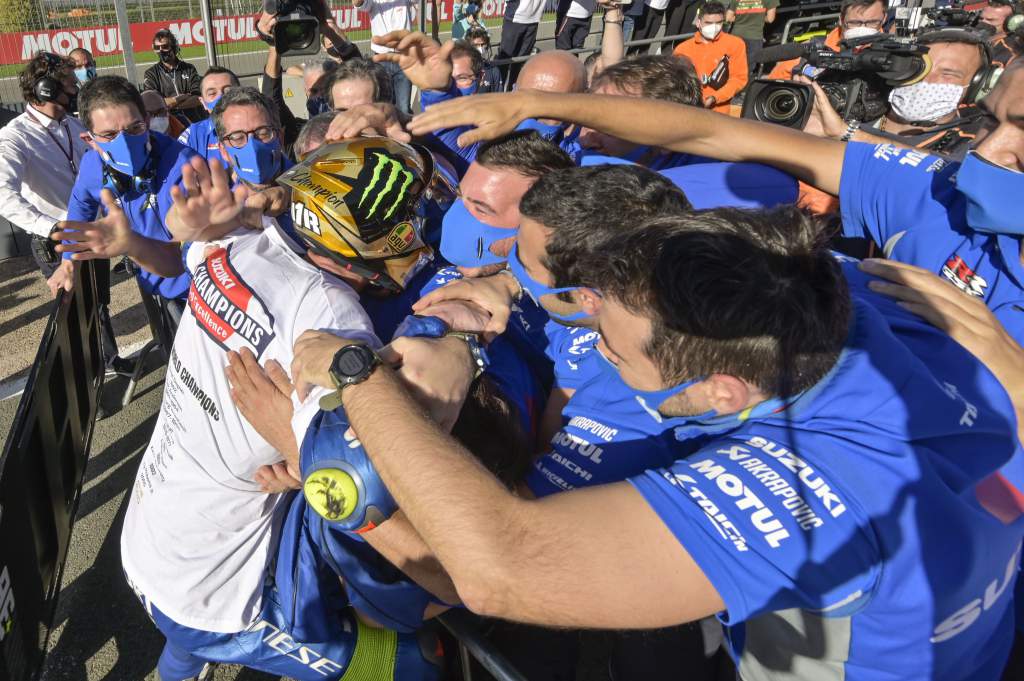 There’s no obvious candidate at Suzuki to immediately step up and fill Brivio’s shoes, either, meaning that the reality of the situation could be that we see some veteran members of the team shoulder more responsibility without their day-to-day role changing.

Suzuki is helped out by having both Mir and Alex Rins already signed up until the end of 2022, as well, meaning that there’s no pressure to make deals for now. 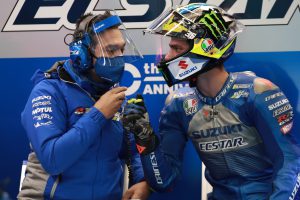 The biggest deal to be made, in fact, is the decision over whether to run a satellite team in 2022 and who exactly to give the machines to – something that has been a pet project of Brivio’s but will now likely fall to Sahara to organise.

With six years of hard work from excellent people-manager Brivio under the team’s belt now since Suzuki returned to MotoGP action after its brief hiatus in the middle of the last decade, there’s one thing that Sahara is particularly sure of: that Brivio’s absence won’t affect performance.

“In my opinion it should not affect anything from now on,” he said.

“We will be working as we know how, and even more than before now that we’ve won the championship. 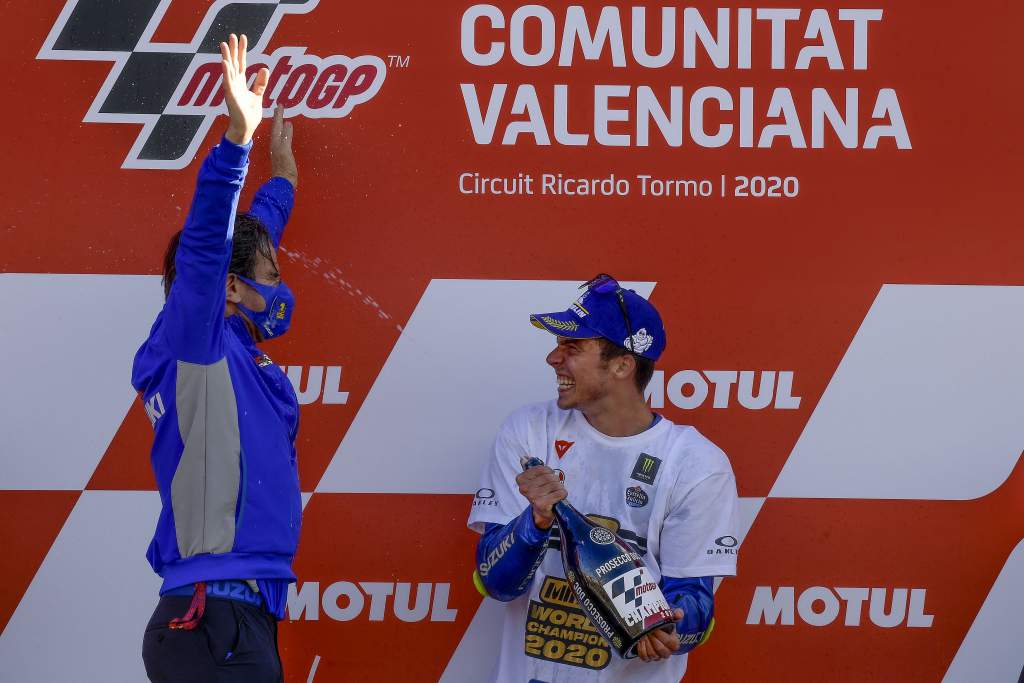 “Our attitude has never changed: we will aim to fight for the title again with our two strong riders, Mir and Rins.

“It will not affect our riders’ ability to fight for the championship. We are already champions and we have two young, talented, and great riders.

“They know how to deal with troubles or difficult situations and manage the pressure all the time. I’m not worried at all from this point of view. They are both super professional and ready for the 2021 championship.

“It is always necessary to fine-tune the team structure to get the maximum performance from each team member as standard procedure, even without Davide leaving.

“But I think everyone is professional enough and has the know-how to go on in the best way possible.” 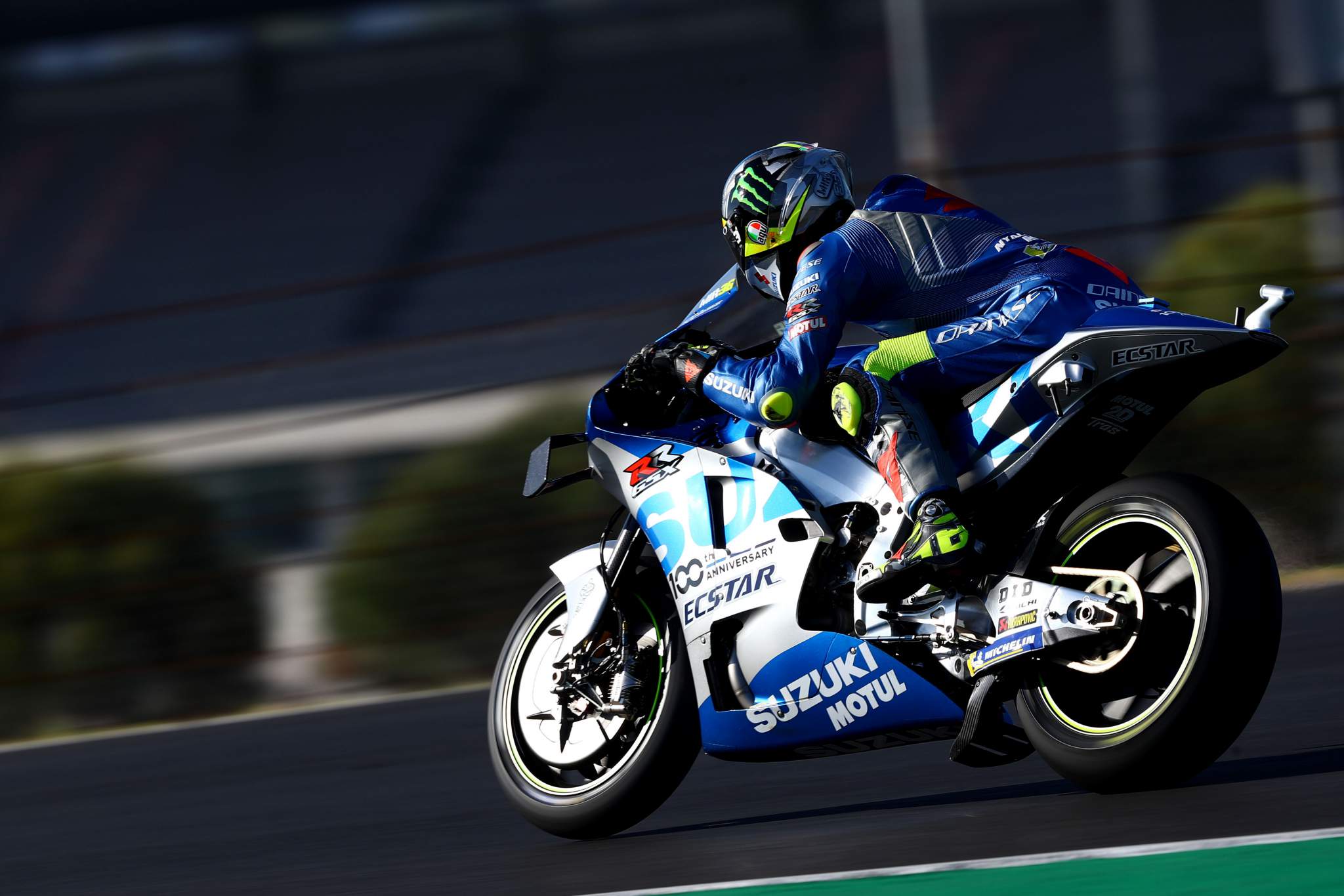