Apr 17 2021
By Valentin Khorounzhiy
No Comments

Honda MotoGP rider Marc Marquez says he knows he “will not enjoy” his comeback race at Portimao and expects it to feel “very long”.

Having sat out a full season after an injury to his right humerus, three subsequent surgeries and an array of complications, Marquez was immediately on pace when he returned to MotoGP action on Friday at Portimao.

But though he continued to impress on Saturday by managing to put the bike sixth on the grid, Marquez admitted that he was struggling more with muscle fatigue, and says he’s been warned that he may be in even worse shape for Sunday’s race. 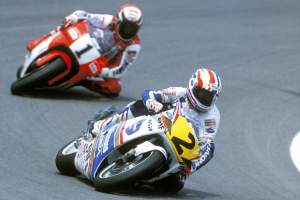 “Of course I felt worse today than yesterday. And this is something that already the doctors and the physios expected, it’s the natural thing, they advised me that tomorrow should be worse but we will see,” Marquez said.

“Most important is that the bone is good, and I don’t have any pain there.

“But it’s true that the muscles, the fingers, the arm pump, the elbow, it’s where I’m struggling more now.”

Marquez pointed out that that the prevalence of right-handers at Portimao is further complicating his return, but reiterated that “we already knew that coming here”. 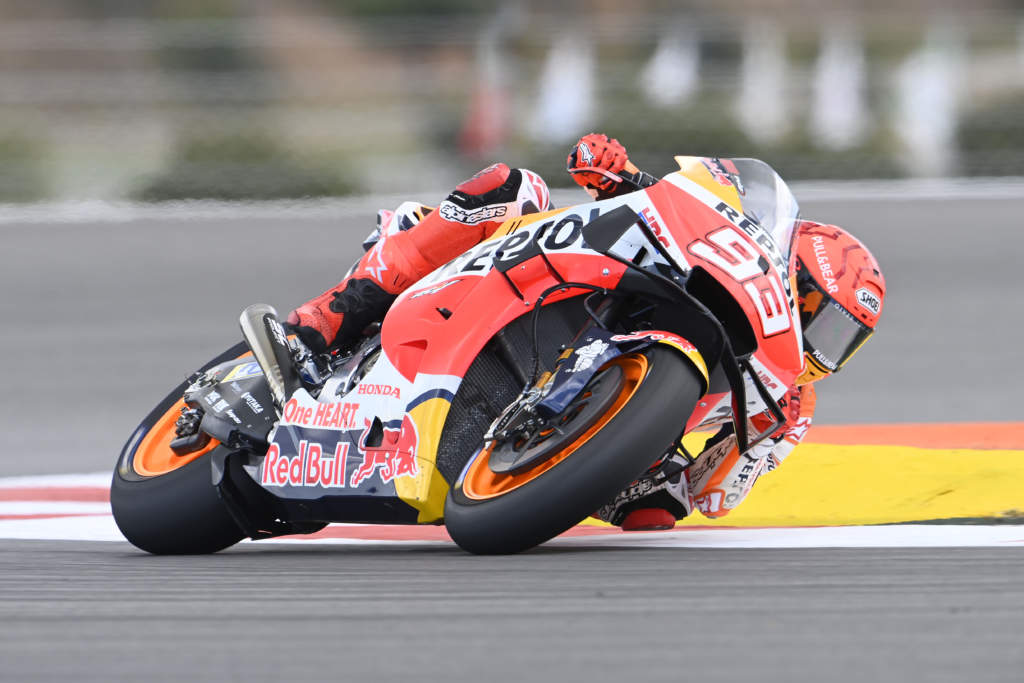 “The question mark is tomorrow on the race. 25 laps, it will be very long. I will say I will try to enjoy it, but I know that I will not enjoy it. I will suffer.”

Despite expecting a tough race, Marquez seemed in good spirits and sounded satisfied about how the weekend was coming together so far.

This was also because he felt he’d managed a big improvement after third practice, having begun to tweak the set-up after using the same settings as his stand-in Stefan Bradl in the initial sessions. 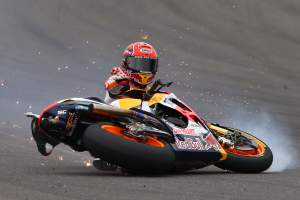 “Immediately after FP3 I said ‘OK, now I’m ready to try things’. And we already started to change the bike, more for my riding style,” Marquez explained.

“It’s not something very big that other Hondas aren’t using, not something extreme, but already adapting the bike to my riding style, what I need now, and already the step was big in FP4 in terms of feeling on the bike.”

Marquez had to fight his way through Q1 as he was only 15th in FP3, failing to secure an automatic Q2 spot on combined practice times.

He saw his brother Alex have a big crash right in front of him in the closing minutes of FP3, and says that prompted him to ease off. 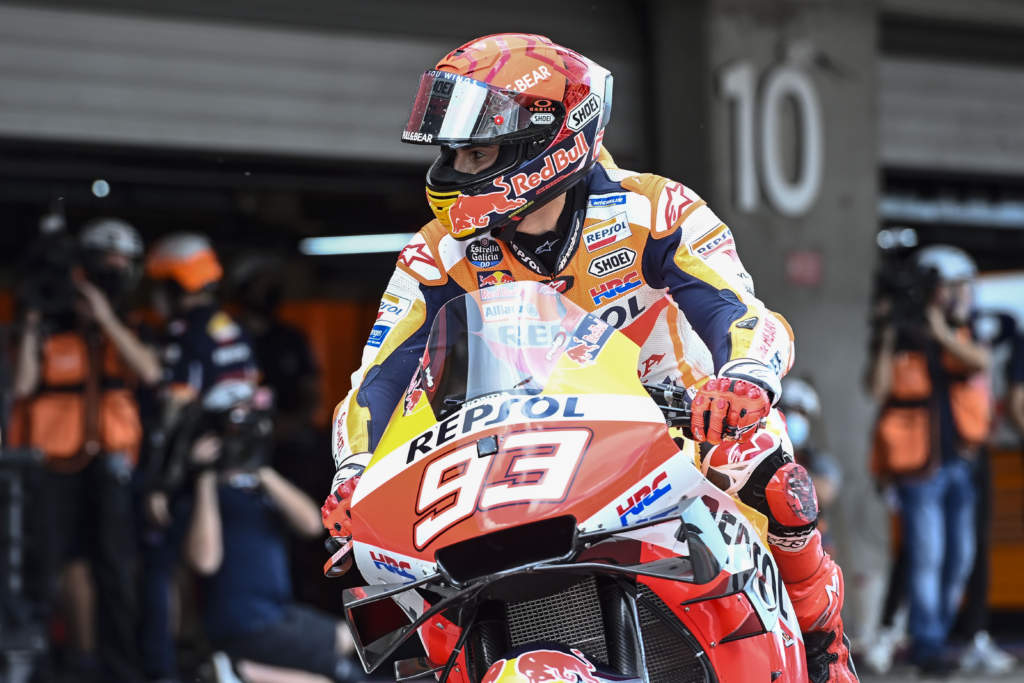 “Alex’s crash was a scary one. It was maybe one of the main reasons why in FP3 I didn’t improve the lap,” said Marc.

“He crashed in Turn 3 in front of me, and after a big crash – it doesn’t matter who it is but after that big a highside, also I didn’t feel well on the bike and I said ‘OK, we finish the lap and we will see in the afternoon if the feeling is better’.”

The younger Marquez escaped any serious injury in the shunt, and went on to qualify 13th.

Having admitted last year that his brother’s injury absence felt “strange”, as they’d both been in the paddock for the entirety of Alex’s pre-MotoGP career, he said that Marc’s return meant “I’m on track, I’m on the circuit, but it looks like home”.

“It’s better to have him back, also for Honda,” Alex Marquez added. “He’s showing to us the limit of the bike, this is good for us.

“In FP4 we were riding together and the pace was really similar from him and me. Looks like he did a really good job in Q1 and Q2, which – when you come back from many months [away] – is the things that are more difficult, to have that time attack, to find the limits again in one lap.

“But he did it again, so it’s an unbelievable job they are making.”