What we learned from Marquez’s 21 laps before disaster

Last Sunday at the Spanish Grand Prix, we were robbed of the chance to see yet another epic last-lap battle between Marc Marquez and Fabio Quartararo, after a series of incidents in the high-tension opening round of the 2020 MotoGP season meant Marquez first ran into the gravel then crashed out while picking his way back through the field.

And while Marquez might have only completed 21 laps of the race at Jerez before falling and fracturing his right upper arm, the laps we did witness gives us a chance to gather some insight on the state of both Marquez and the Honda MotoGP project.

The first thing that we can take away from the weekend is perhaps no longer entirely relevant – but Marquez was able to demonstrate with ease that the shoulder that originally looked set to give him trouble before the scheduled start of the season is completely healed up.

That might be somewhat of a relief, given that he’s now nursing another upper-body injury that’s set to delay him even more.

Unable to ride the way he wanted to during pre-season testing, the coronavirus delay gave him a chance to heal himself up and that extra mobility will be crucial as he now goes into another battle for fitness. 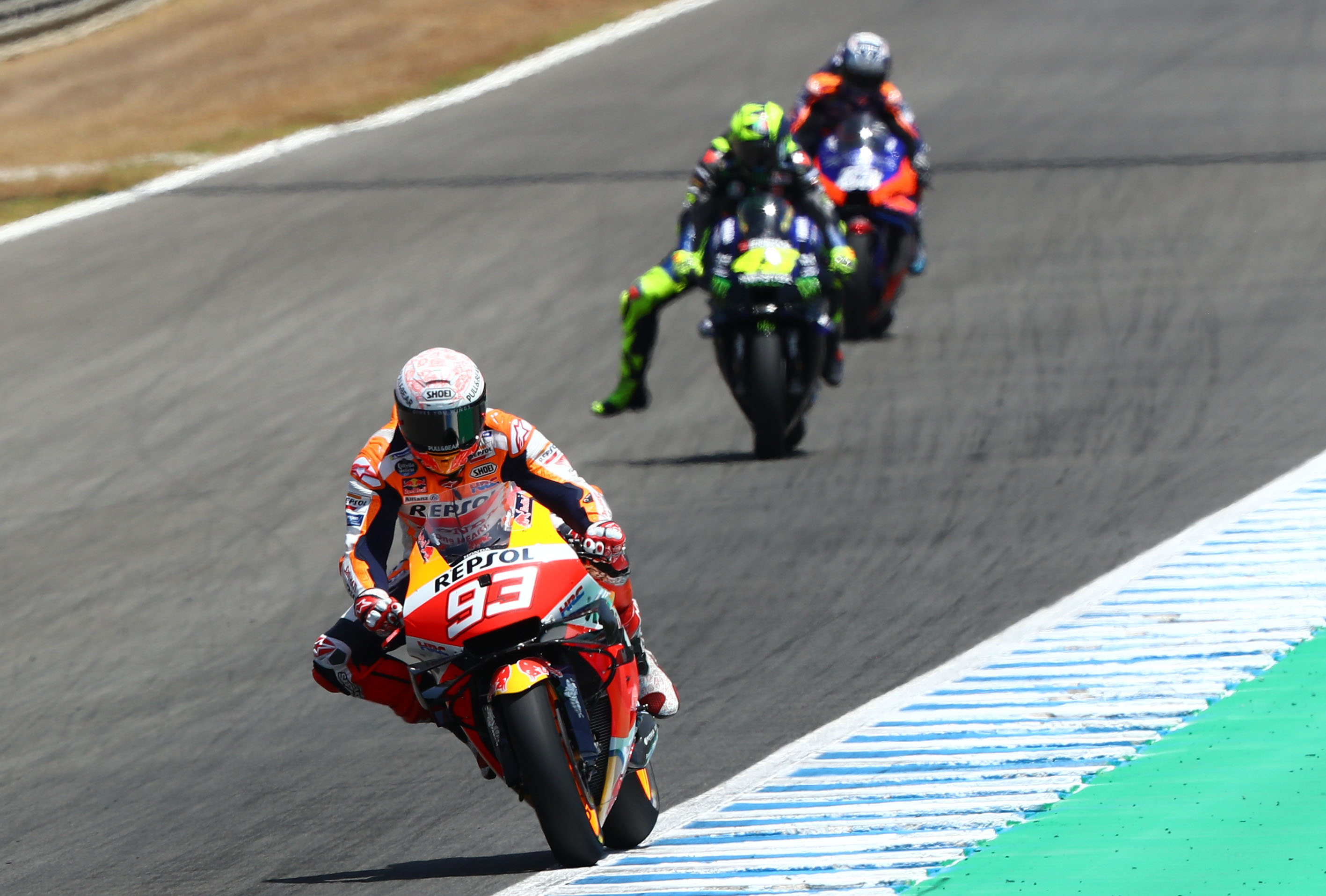 It’s also apparent that he hasn’t lost his hunger over the winter, with a truly heroic performance to blast through the field in Sunday’s race after running on while in the lead and ending his chances of victory.

After dropping out of the points, to hammer back into podium contention was a sublime ride as he dismissed most of the grid as if they were backmarkers. This must’ve come as a psychological blow to his opponents, even if he wasn’t able to score points in the end.

But perhaps the most telling takeaway from the race is just how hard the reigning champion was once again needing to ride.

It’s clear that the problems with the current Honda RC213V are far from fixed and that it still takes brute force and maybe even disconnection of the rider’s brain to get the bike to work.

There’s no questioning that Sunday’s huge moment was almost inevitable given just how hard Marquez was pushing. 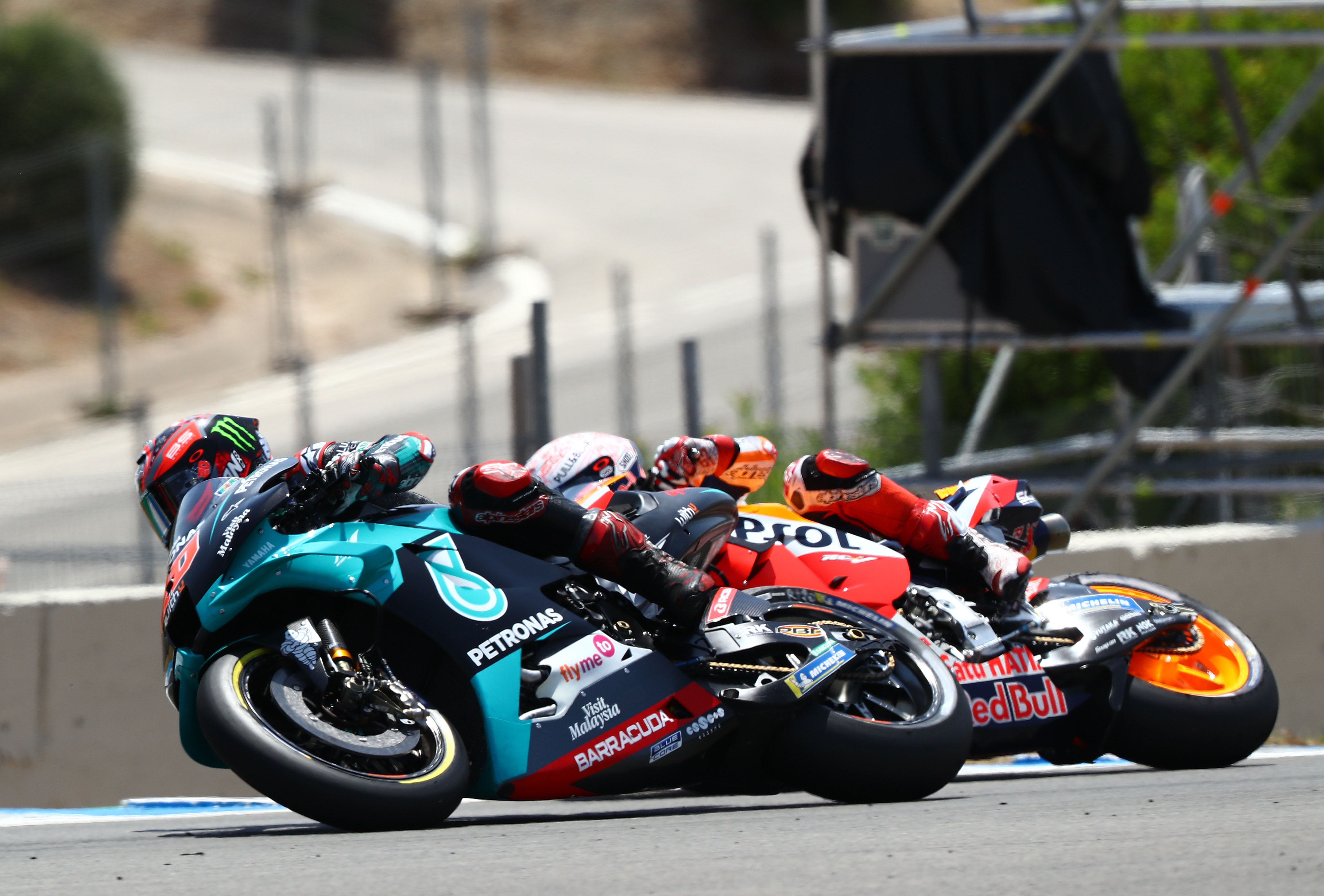 Fellow Honda rider Cal Crutchlow learned the same lesson in warm-up, sitting out Sunday’s race after being flicked at speed by the bike as well.

That doesn’t bode well for the near-future, with Marquez set to spend the coming rounds of the ultra-condensed championship riding injured – even though his comeback has been expedited.

Will he be able to get the most out of the bike if he can’t go to the limit? Is it even really worth his time being on track if he’s not going to be close to his usual competitive self?

It’s not great for the long-term either.

The riders have been pushing Honda hard to make the bike more rider-friendly, but it often feels like their feedback is falling on deaf ears. Sunday’s opening race of the year didn’t do anything to change that feeling, given how Marquez was clearly riding the wheel off the bike. 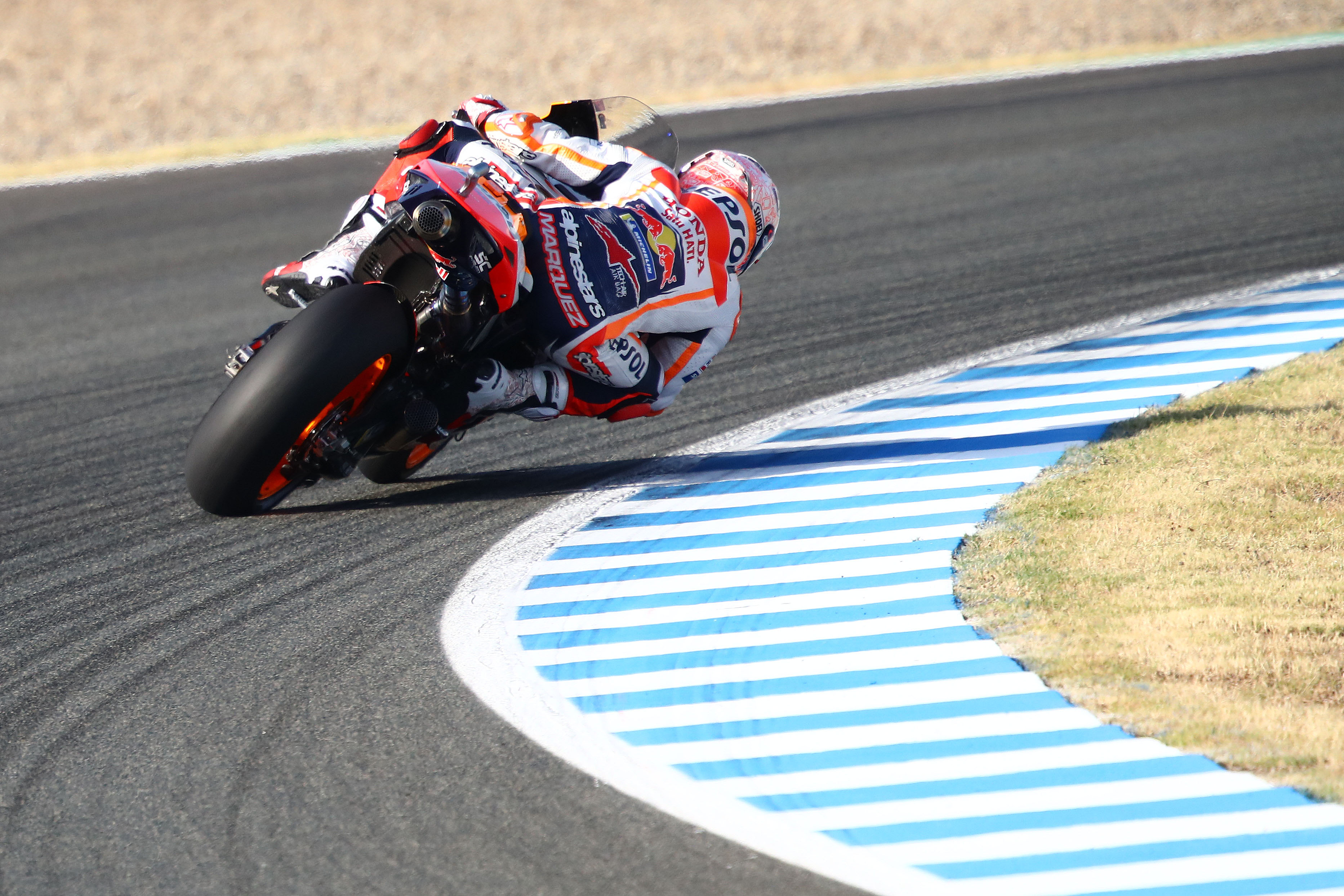