Jul 25 2020
By Valentin Khorounzhiy
No Comments

Marquez, who had surgery on a fractured right humerus on Tuesday but passed fit to ride this weekend, had sat out Friday practice in order to conserve his strength and minimise risk.

Marquez ventured out of the pits just a minute into third practice, and after a first flying lap five seconds off the pace he shaved off three seconds with the next attempt, before lapping just 1.2s off what was the weekend’s best time at that point.

However, automatic passage to Q2 would prove too tall an order, with Marquez improving by just a few tenths over the rest of the session and coming up eight tenths short of avoiding Q1. 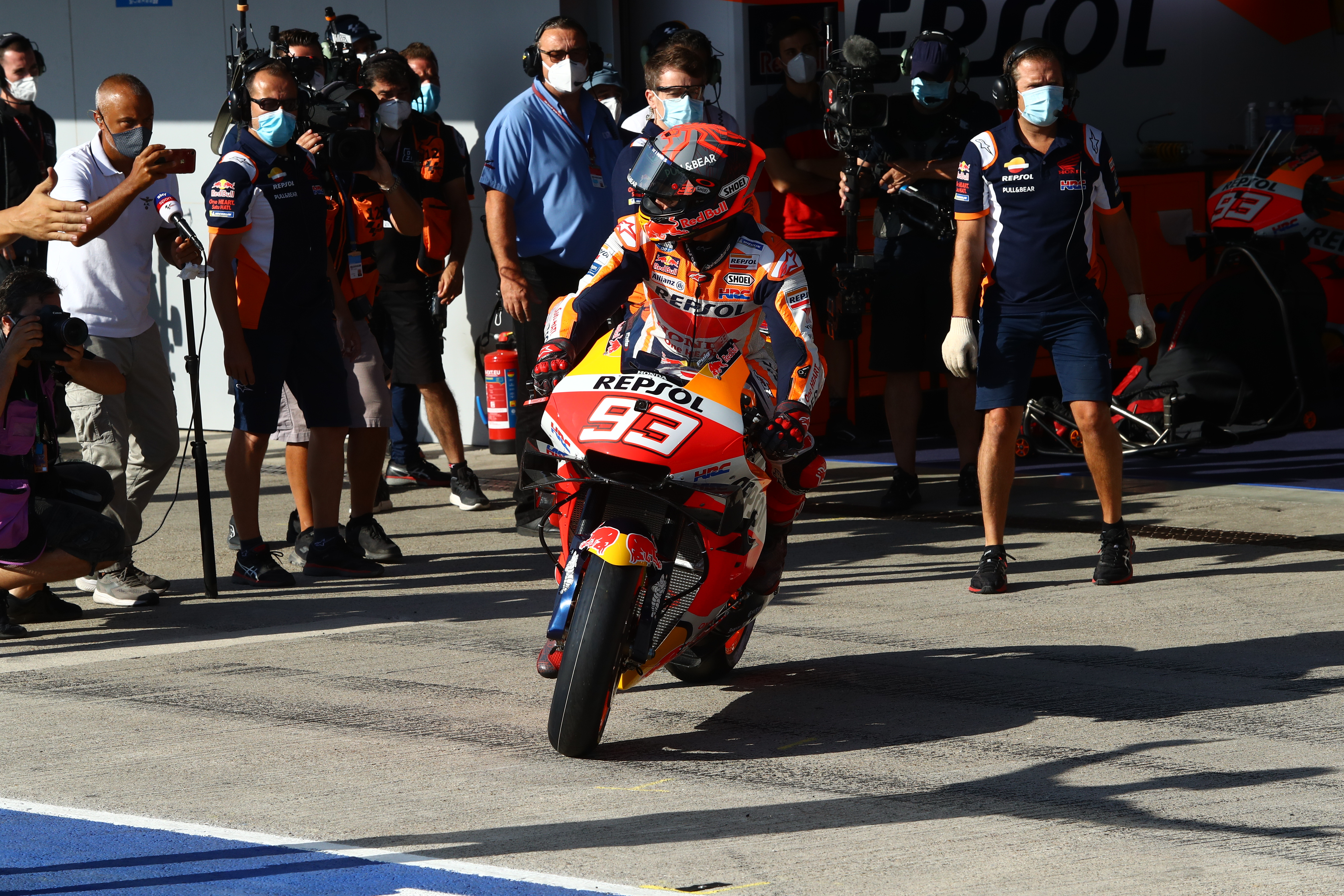 Out front, Vinales’ Friday practice benchmark was usurped by Pramac Ducati rider Francesco Bagnaia with just under half an hour left on the clock, the Italian posting a 1m36.847s.

But his stint in first was short-lived, as he was deposed by Spanish Grand Prix winner Fabio Quartararo – who, like Bagnaia, had focused entirely on long runs on Friday and ended the day outside of automatic Q2 transfer spots.

Quartararo pumped in a 1m36.643s, the effort surpassing his own Spanish GP pole lap as the best MotoGP race weekend lap in Jerez history.

Jack Miller was just over a tenth off in third behind Vinales and Quartararo, ahead of FP2 pace-setter Takaaki Nakagami (LCR Honda) and Miller’s Pramac squadmate Francesco Bagnaia.

Works rider Danilo Petrucci spent the whole session outside of Q2 spots, but put together a late charge to make it three Ducatis in the top six. The other works Ducati of Andrea Dovizioso was only 14th.

Aprilia’s Aleix Espargaro came up just 0.017s short of a Q2 berth despite crashing during the session, with Iker Lecuona of Tech3 KTM the only other rider to fall.

LCR Honda rider Cal Crutchlow is continuing to nurse a fractured scaphoid and finished the session in 17th. The field’s other injured rider, Suzuki’s Alex Rins, opted to sit out FP3 entirely after a “painful” Friday and will resume his weekend in fourth practice and qualifying. 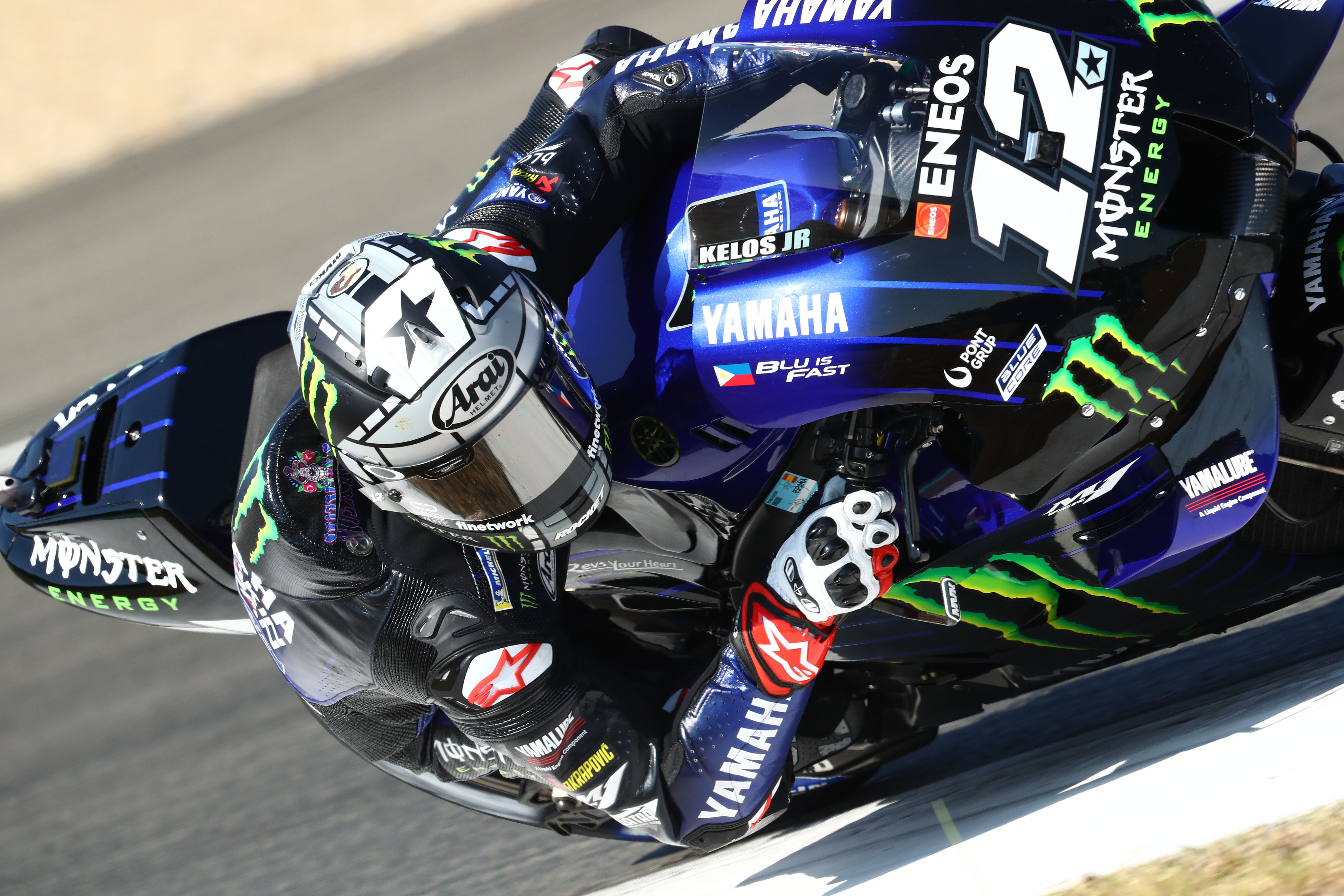