The injured Marquez had logged 10 laps in the pre-qualifying fourth practice session and displayed consistent pace, but was limited to a single out-lap in Q1 – immediately returning to the pits and heading straight for the Honda factory team truck.

This would’ve meant that Marquez would line up 22nd on the grid had he chosen to take the start, but it emerged immediately after qualifying that the six-time MotoGP champion was done for the weekend.

Marquez will now presumably focus on recovering for Brno in two weeks’ time, and will head into the third round of the 2020 championship with zero points.

Quartararo went to the top spot with a 1m37.007s effort with three minutes to go on his Petronas-run Yamaha, and though factory counterpart Vinales found another tenth at the chequered flag, he had the lap scrubbed off for a track limits offense at Turn 7 and had to settle for second place.

Pramac Ducati rider Bagnaia improved late on to strengthen his grip on what wound up a career-first front row start, with his mentor Valentino Rossi on the works Yamaha heading the second row in fourth place.

Miguel Oliveira was a spectacular fifth, just 0.002s behind Rossi in Q2 after having fought through Q1, as the top KTM, with the Tech 3 rider joined on the second row by fellow Q1 graduate Franco Morbidelli (Petronas Yamaha).

Jack Miller took seventh for Pramac Ducati, ahead of Takaaki Nakagami, the FP2 and FP4 pace-setter who should’ve placed higher up but ran through the gravel at the final corner on his final flyer.

Rookie Brad Binder was ninth, three places ahead of works KTM team-mate Pol Espargaro, who crashed at Turn 2 for the second time in two days. The pair were split by Suzuki’s Joan Mir and Ducati’s Danilo Petrucci.

LCR Honda’s Cal Crutchlow, nursing a fractured scaphoid, came within just over a tenth of making Q2 and will line up 13th on the grid, despite “struggling with the feeling of the handlebars”.

He will be joined on the fifth row by Ducati works rider Andrea Dovizioso, the 2019 world championship runner-up finishing only 14th after his was the only 2020 Desmosedici that missed out on an automatic Q2 spot in FP3, and Avintia Ducati’s Johann Zarco, who Oliveira followed for his fastest Q1 lap.

Marquez’s brother and factory Honda team-mate Alex Marquez had one of his better sessions in the premier class so far in FP4, but endured a miserable qualifying, crashing at the fast Turn 5 right-hander on his final lap and placing last of those to set a time – half a tenth behind the injured Alex Rins on the Suzuki. 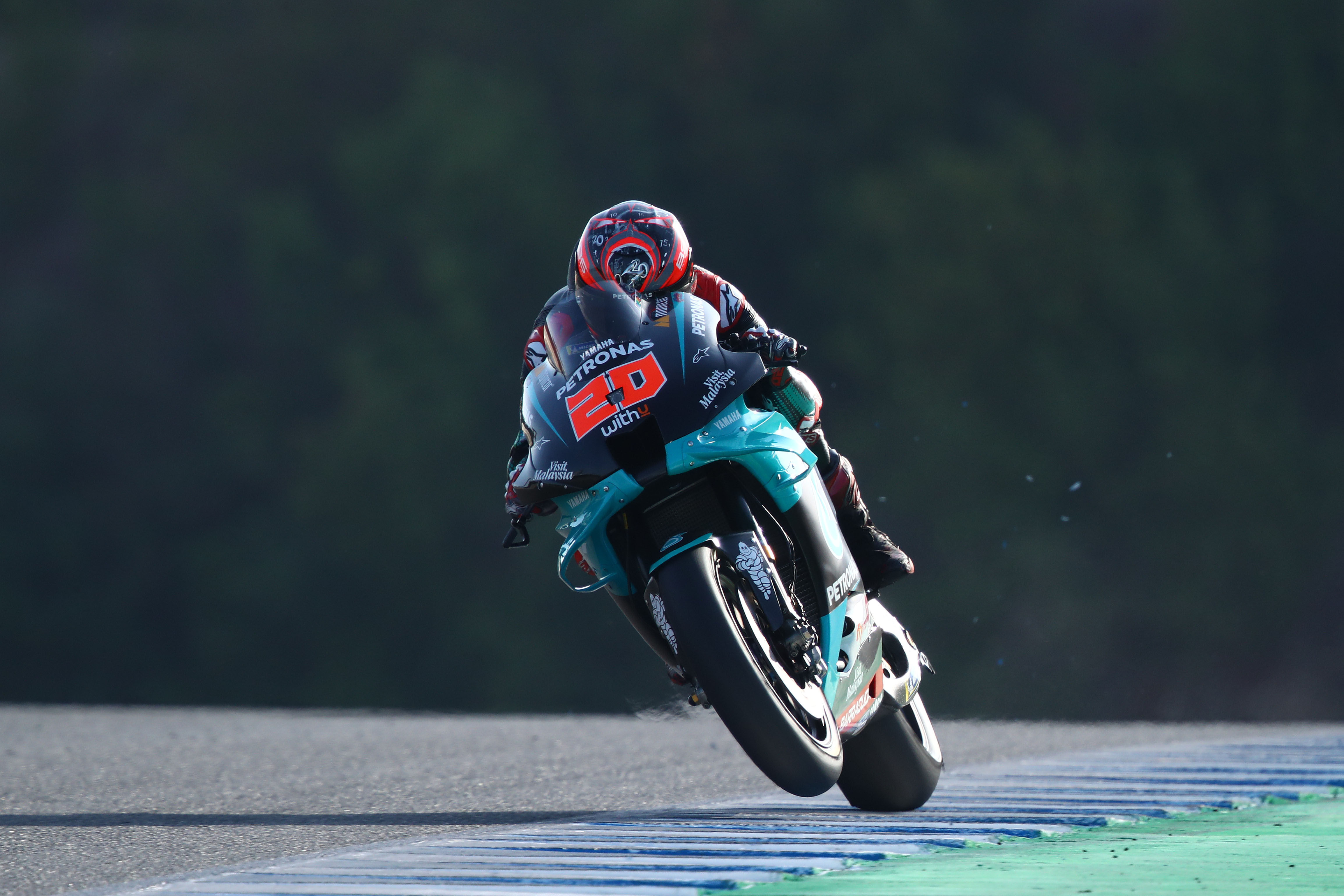