The greatest PR professional in the world couldn’t spin Ducati’s Teruel Grand Prix weekend as anything but thoroughly, overwhelmingly miserable. The previous weekend’s race at the same track, the normally Ducati-friendly Motorland Aragon, was already a bitter pill to swallow, but the Teruel GP topped it with aplomb.

The bike’s performance? A throwback to Ducati’s wilderness years, with none of the 2020-spec Desmosedici escaping Q1.

Hopes of a first title since Casey Stoner? Virtually gone, with main hopeful Andrea Dovizioso toiling to 13th, his championship aspirations now requiring a spectacular comeback that would be in sharp contrast to the guide?

The future factory line-up of Jack Miller and Francesco Bagnaia? The former wiped out instantly by Brad Binder and the latter suffering from a power cut-out a couple of laps later, recording his second reliability-induced retirement of the campaign (third if you count the Aragon GP crash Bagnaia attributed to a gearing problem). More worryingly, it capped off a weekend of Bagnaia having “the worst feeling of the year”, his superb Misano form an increasingly distant memory. 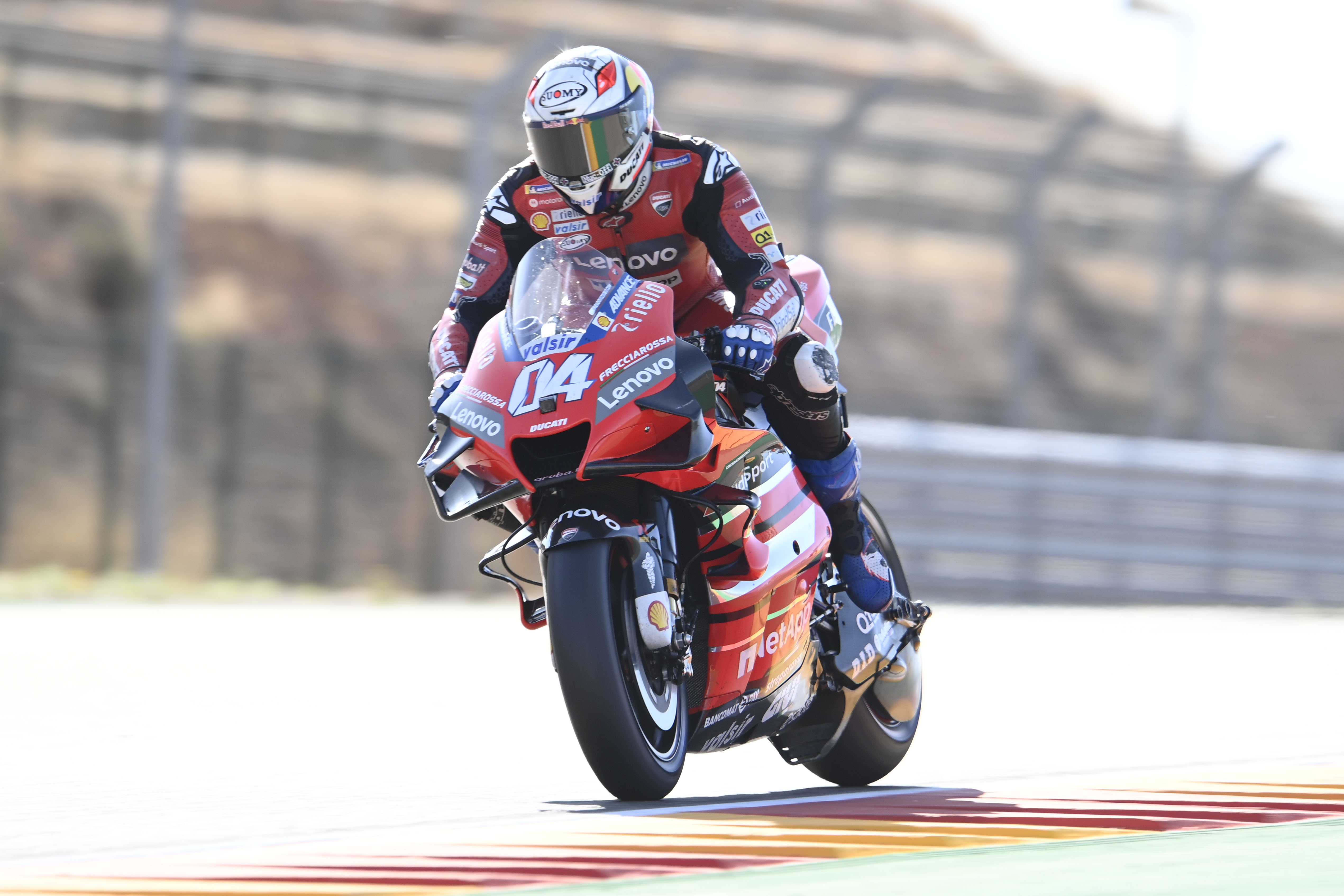 So, all horrible, all around. Well, not exactly all around – thanks to Johann Zarco.

After sneaking through to Q2 on his 2019-spec Avintia-run Desmosedici, Zarco put the bike on the second row and from there mounted the archetypical Ducati underdog race – a good opening lap allowing for a well-managed, defensive race to hang on to a podium finish by around three hundredths over Miguel Oliveira.

“I was thinking maybe to catch a podium because really the beginning of the race I was having really good feeling, I wanted to stay with [Franco] Morbidelli and [Alex] Rins but they were a bit too fast to really stay comfortable behind them,” Zarco said.

Zarco’s arrival was already justified by his Brno success, but the Teruel GP highlighted just what a coup he was for Ducati

“If I wanted to stay with them I had to take almost too many risks, so third place was quite good and the pace was okay. But clearly, I think after half the race I began to lose good control of the bike.

“I tried to manage as well as possible to be ready to fight at the end of the race, and I didn’t do it with Pol [Espargaro] but I did it with Miguel and it was pretty good.”

“Pretty good” might be underselling it a bit. Zarco did scale bigger heights already this season – a pole and the first-ever podium for Avintia in Brno, a more competitive fifth in the wet at Le Mans – but the Teruel GP showing put an end to a pretty rough run of dry races. 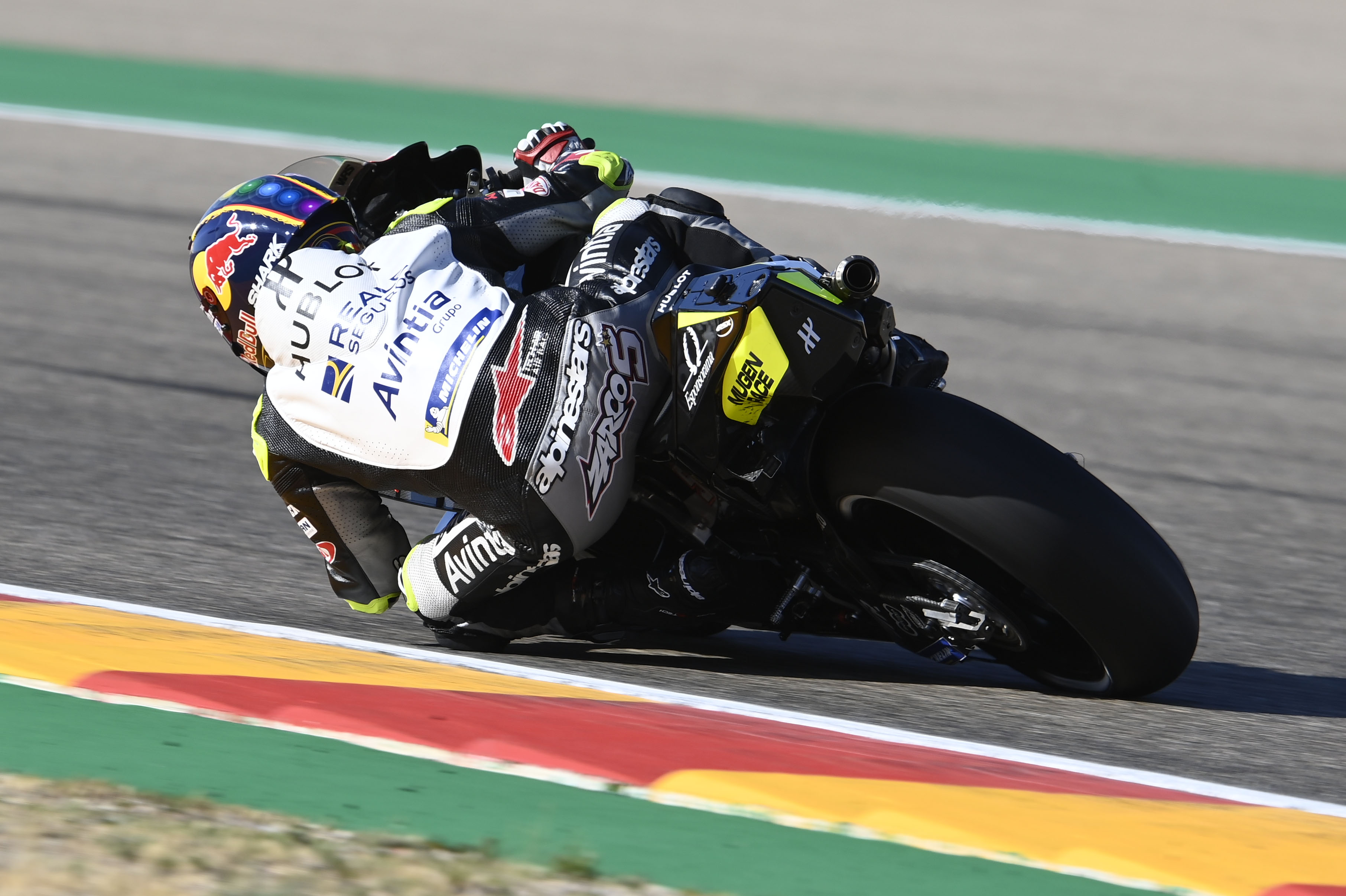 In six dry outings before last weekend’s – a period which started out with that terrifying Red Bull ring shunt – he scored just 14 points and finished no higher than 10th.

Yes, he still outscored team-mate Tito Rabat handily in that time, and perhaps it’s to be expected of a team that before 2020 was a guaranteed backmarker, but Zarco himself had set the bar higher.

And after he’d looked competitive at the Aragon GP but lost confidence after a pair of practice crashes, this latest outing was the perfect response – especially in light of his Ducati peers’ travails.

The theory that Zarco somehow benefitted from riding an older-spec bike compared to the GP20s at Aragon was dismissed summarily both by Dovizioso – who was steadfast in insisting it was all about specific riding styles and how they mesh with the 2020-spec Michelin rear tyre – and Bagnaia.

Asked by The Race about whether Zarco’s machine maybe contained some hints for Ducati to climb out of its slump, Bagnaia said: “I don’t know, his bike is the 2019 but very close to our bike. So, it’s a hybrid.

“What we can say is Johann was very strong and was fast. I have to see his data to understand what he was doing, for me was really difficult to go fast like him.

“First thing is for sure that he’s very good at, he’s great at opening [the] gas. And in a situation like this for sure it’s better. Because I normally have a good acceleration and in this track it was very difficult for me to be constant and fast.

“In any case, I will check his data and I really hope that in Valencia will be better. Because in this condition I was very slow and [it] was very difficult to be faster.” 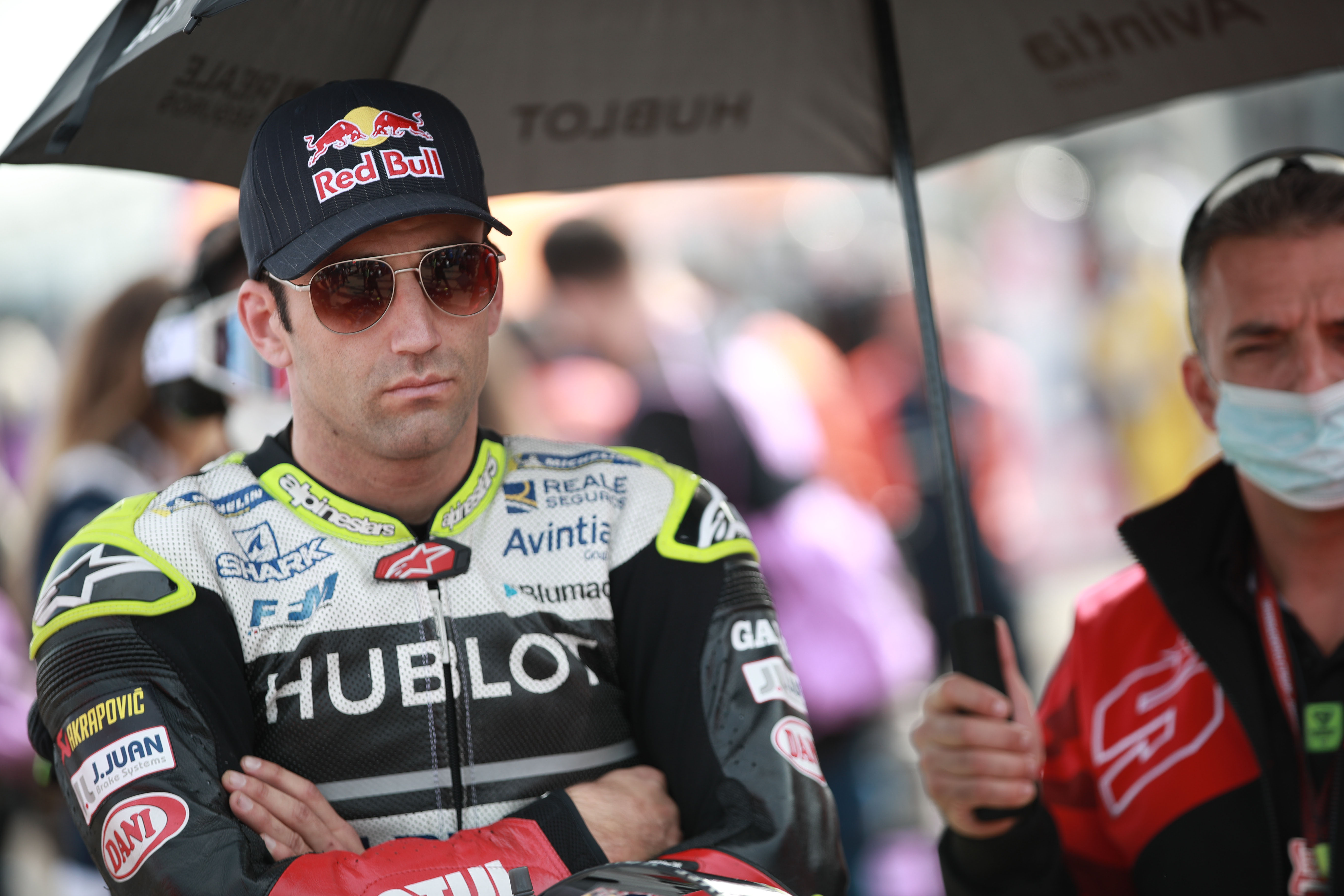 Zarco’s arrival was already justified by his Brno success, but the Teruel GP highlighted just what a coup he was for Ducati – a rider of clearly prodigious single-lap pace, increasingly gelling with the Ducati and bringing his experience of a multitude of other MotoGP bikes (having tested the Suzuki and raced the Yamaha, KTM and Honda) to the table.

His fifth-place shored up Ducati’s position in the manufacturer’s standings, allowing it to keep second place from Suzuki on a dreadful weekend, and can’t be easily dismissed as track-specific, because – as Zarco himself points out – his record at Aragon prior to this weekend was questionable.

To be more specific, that record was: one podium in 125cc, one podium in Moto2, best qualifying of 11th in MotoGP and best finish of ninth.

Miller, who along with Bagnaia rides for the Pramac team that Zarco will hop into in 2020, posited last year that it took riders three years to adjust to a change of bike in MotoGP. Zarco doesn’t have three years, as though it’s only his fourth season in MotoGP he’s already 30, but it is increasingly clear that he won’t be needing as long. 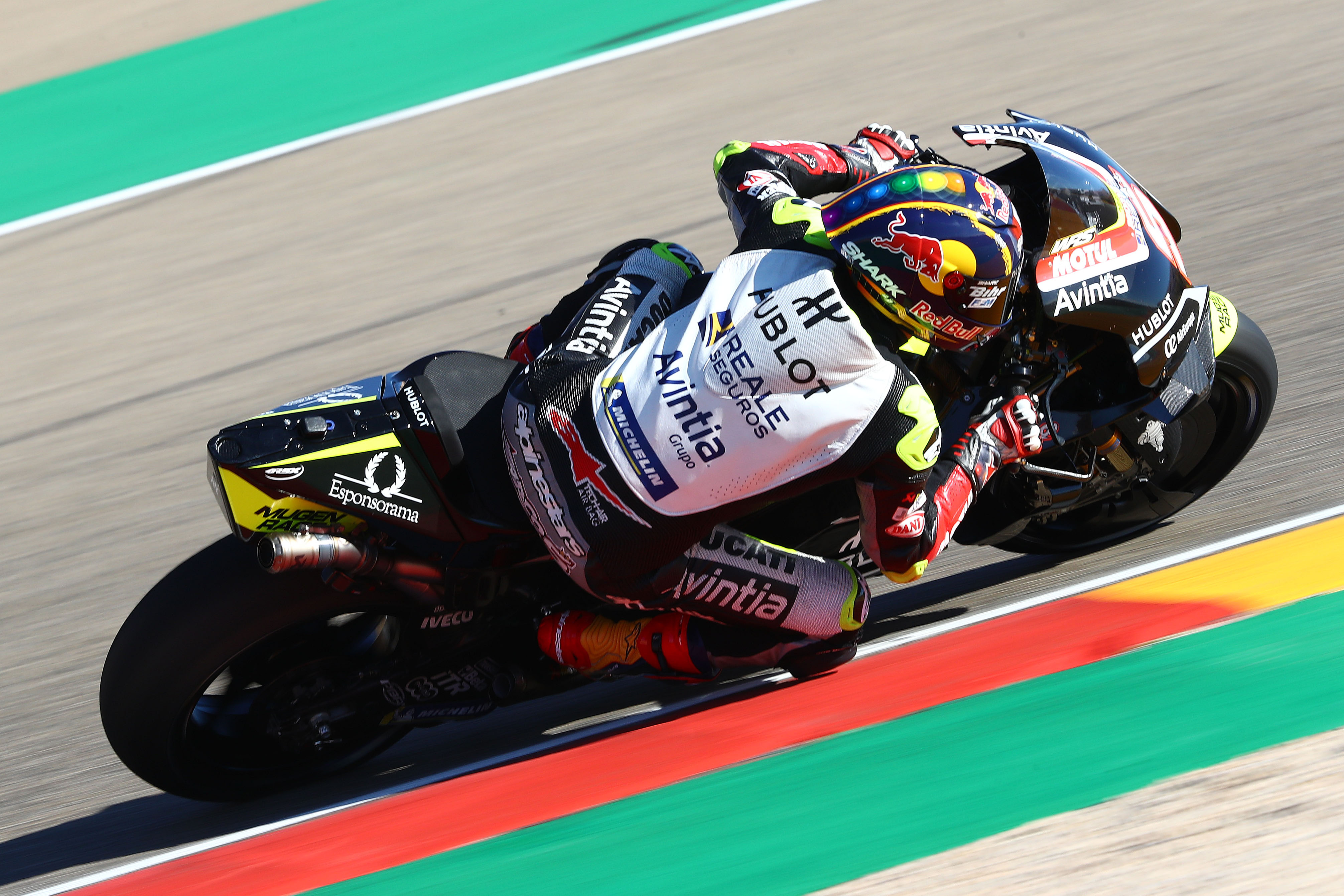 When Miller’s theory was put to Zarco by The Race, he said: “The feeling can change, depending on the race.

“Here in Aragon I never got a good race like this on any bikes, even in Moto2 I’ve been struggling a lot when I was fighting for my titles. With the Yamaha I didn’t get great races here. So my best race is today with the Ducati.

“That’s why I cannot really say where I am [in terms of adaptation], but we had good work with the team, from many problems we got with the cold from last weekend and this weekend also was not easy, we got a great qualifying and a great race.

“I try to take these races as the best training as possible to be stronger next year. That’s the most important. I don’t have three years on the Ducati but I expect that one year will be enough to really understand everything and be competitive, to fight for podiums next year.

“Because I also have now the experience of three years, two with Yamaha, one complicated with KTM, a bit with Honda. So all of this I think can help me to understand the things on the Ducati.”

Satellite bikes are increasingly valuable in the MotoGP title fight – ask Yamaha. And if Zarco can tap into his Teruel GP form regularly in 2021, Ducati will have an enormous asset in its Pramac roster. 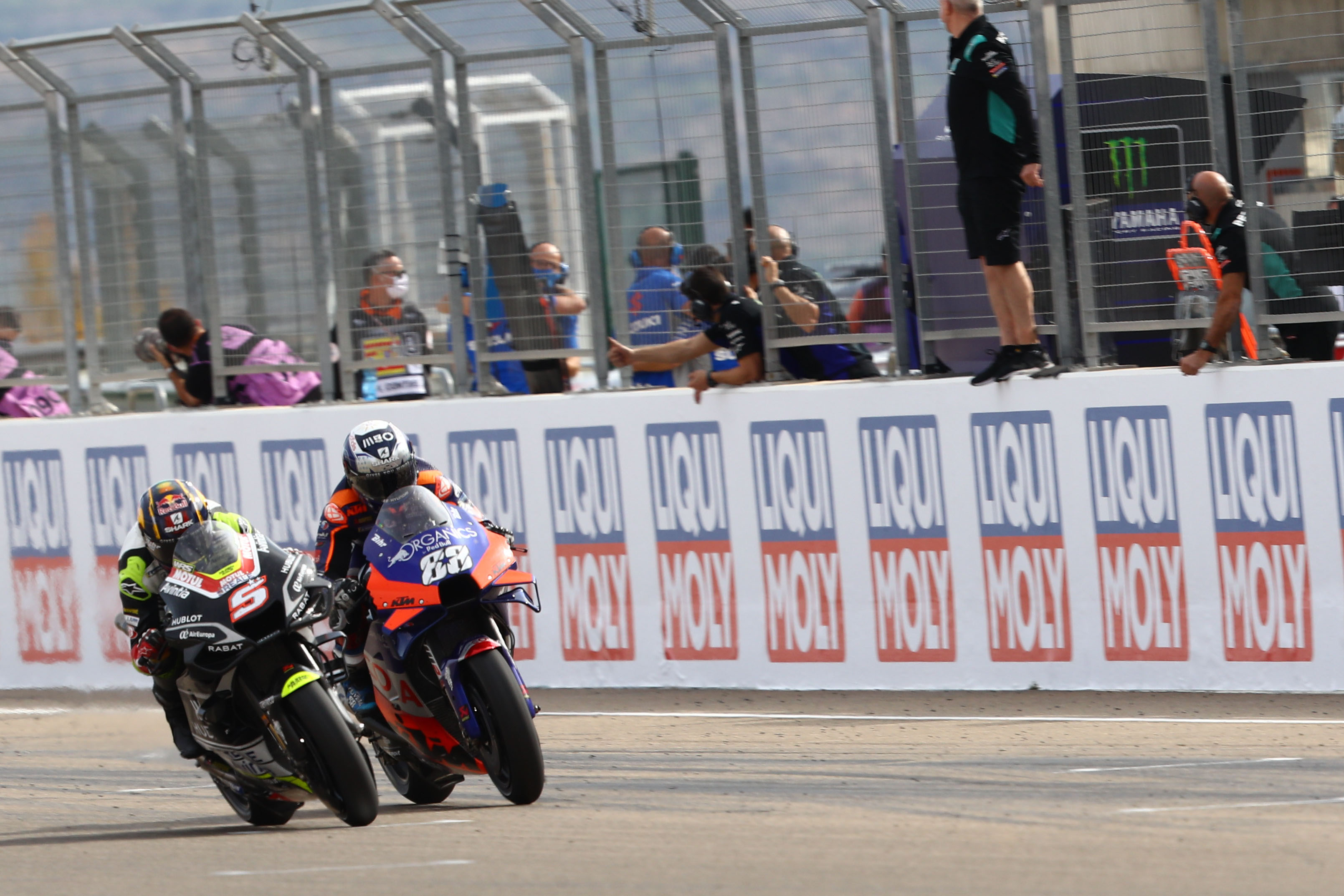