Petronas Yamaha rider and MotoGP title leader Fabio Quartararo has been left to rue his tyre decision for today’s Aragon Grand Prix, after betting on an untried compound and suffering as a result.

Poleman Quartararo’s decision to try out Michelin’s medium compound for the very first time all weekend in the race dramatically bit him – and could play a huge role in the championship battle.

Unable to do anything with the bike as his front tyre pressure rose, he went from leading the race to outside the points in short order. With Quartararo finishing in a distant 18th place, it means that Suzuki rider Joan Mir, who finished third, now leads the championship for the first time.

“We were in good shape to fight for a nice result,” Quartararo insisted, “but the front pressure went totally out of control, out of normal. It’s so strange because we had the pace to fight. Maybe not for the victory or the podium, but for the top five. The front tyre went out of control and we don’t know why. 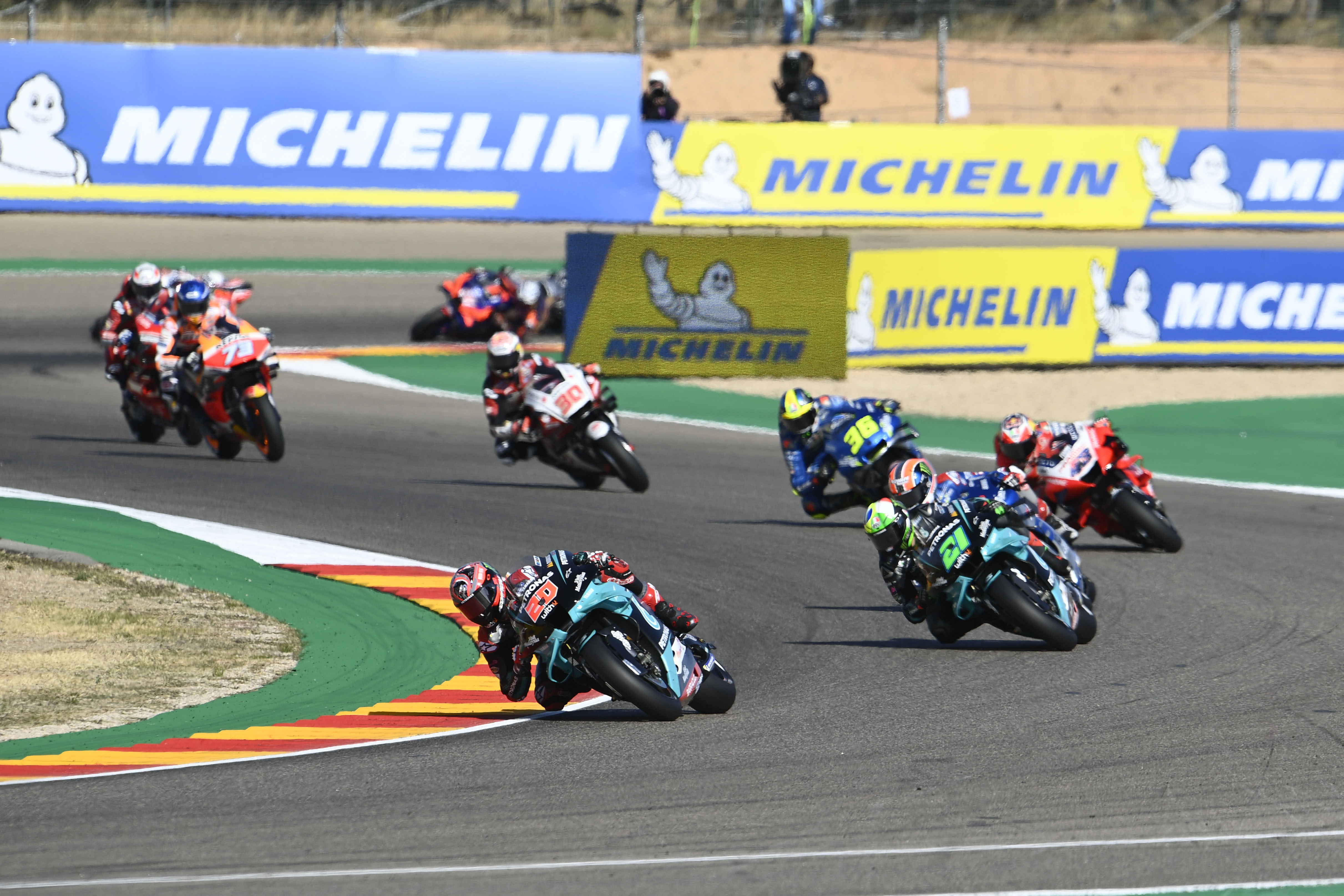 “For me the choice was correct because the first three laps were perfect – I had a great feeling. But from lap three the pressure was already higher than normal. If it was like that after three laps of 20, you can imagine what it was like by the middle of the race.

“I can’t say the numbers but it was totally out of control. I couldn’t brake, I couldn’t turn, I couldn’t lean the bike.”

However, according to The Race’s sources familiar with the issues, the team is already aware of the source of the problem. Amid hotter track temperatures than throughout the rest of the weekend, Quartararo’s difficulties started when he and the team elected to run the medium front tyre – a compound that he had previously not used once throughout the weekend.

Unable to use previously-collected data to gauge what set-up Quartararo needed to use with the tyre, the team was forced to estimate which pressure to put into the front tyre.

The team guessed too high, thanks in part to the warmer conditions, and it meant that once Quartararo started to push with the tyre, the pressure quickly rose to the point where it was “out of control”. 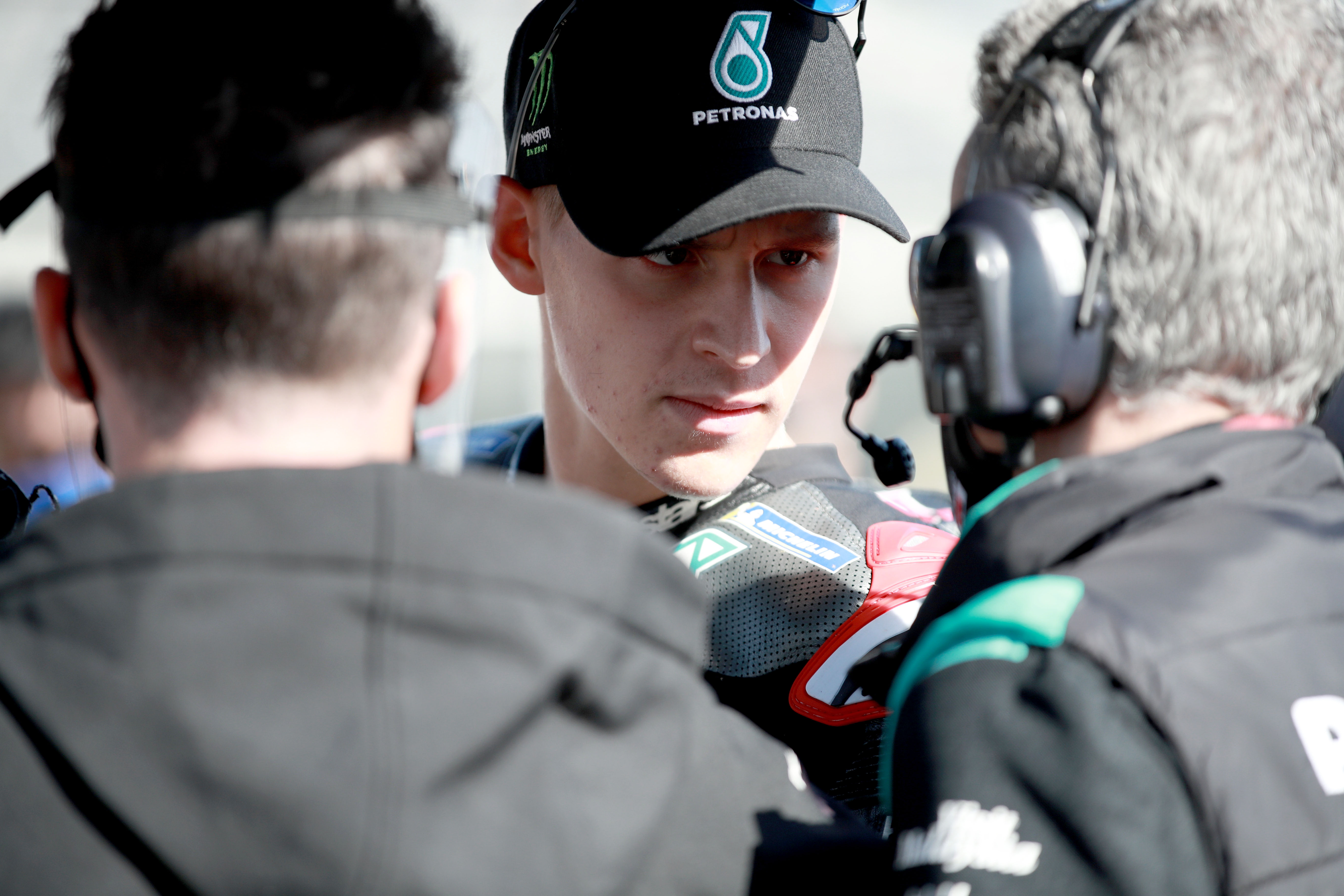 Making the issue even worse is that Quartararo essentially ended up without any data from Sunday’s race – but will line up again next weekend at Motorland Aragon for a second outing there against a grid who has a full race of information to help them go faster.

“It’s one of the few races where I learned nothing,” he conceded, “because it’s not something from my riding style but was a technical problem. I don’t like to blame the bike, but today it was unrideable – not in a normal condition.

“For next weekend we’ll try and fix the problem, but we need to improve as well because for sure everyone will go faster.”

The silver lining for Quartararo is that he believes his physical condition didn’t impact him in Sunday’s race – despite him crashing heavily during Saturday’s FP3 and suffering heavy bruising to his hip. 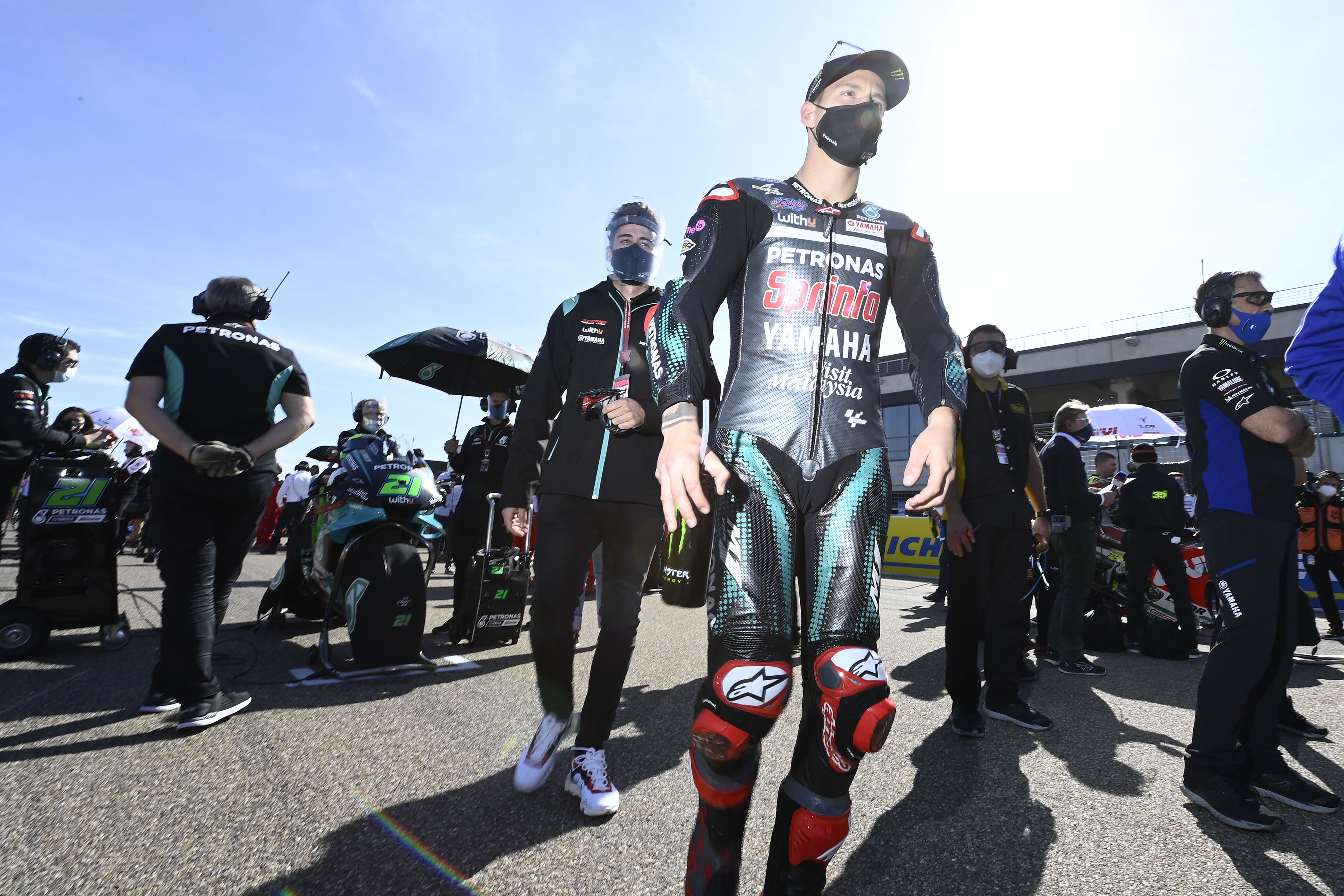 Quartararo is also well aware that Alex Rins did him a big favour in taking victory at Aragon, by denying title rivals Joan Mir and Maverick Vinales valuable points, even if the Suzuki rider now leads Quartararo by six points.

“Of course I’m really happy that Rins won today and [Danilo] Petrucci last weekend,” the French racer said, “but what’s also important is our result. Today was a disaster day – but, I’m sad to say this, but it could have been even worse, if Mir had won with Maverick second and Dovi [Andrea Dovizioso] third.

“But in the negative we still need to think about the small positive – and the positive that we had is that the two Alexes finished in front of Joan. In the end, the pressure isn’t really on me – the pressure is on the factory riders and I’m still feeling OK.” 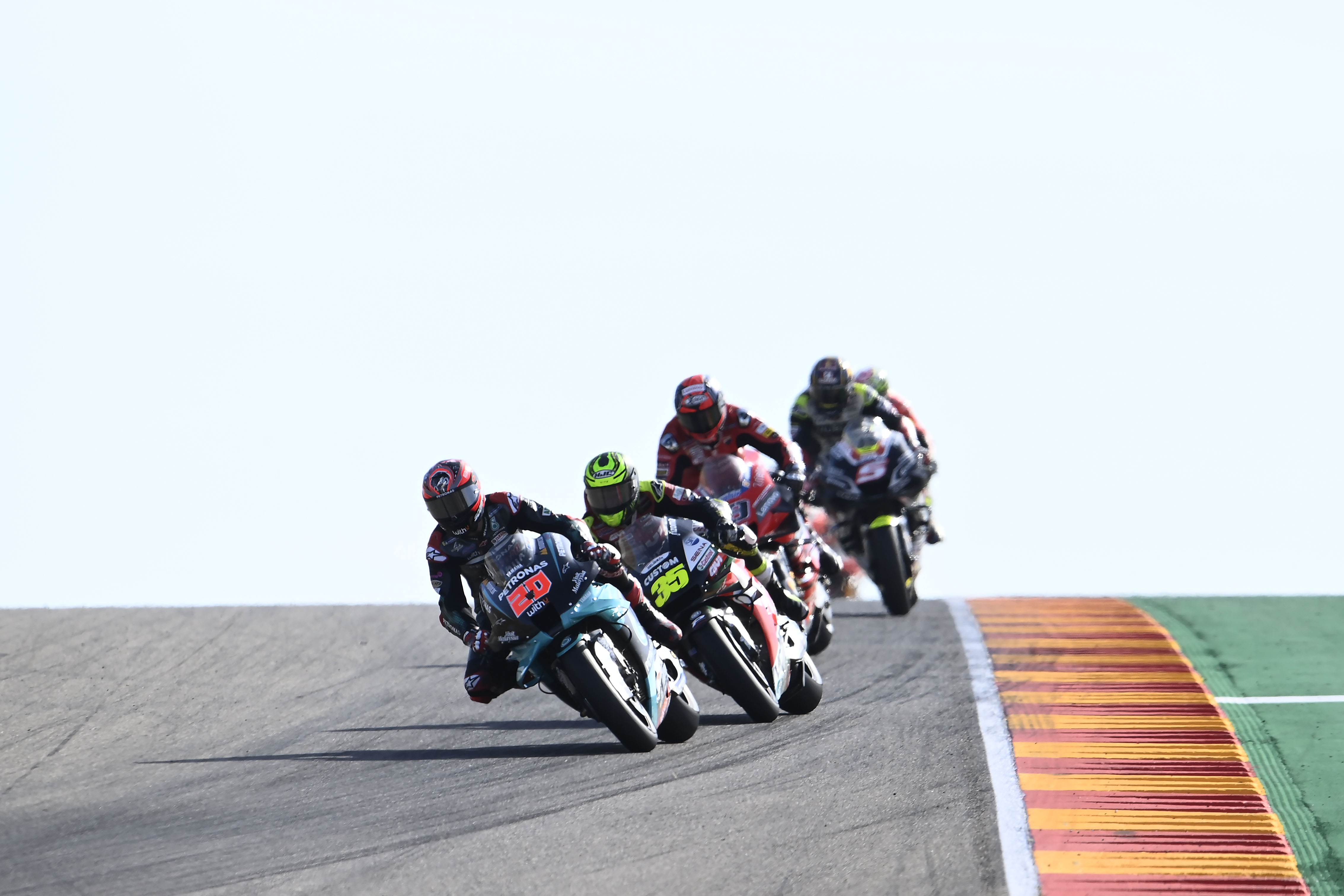