Suzuki MotoGP rider Joan Mir will start tomorrow’s Grand Prix of Emilia Romagna from a distant 11th place on the grid after learning first-hand in today’s qualifying session at Misano exactly what sort of issues with Michelin’s new rear tyre have been plaguing his Ducati rivals since the start of the 2020 championship.

The Spaniard is out to match last weekend’s podium success at the Italian circuit as MotoGP returns to action for the third of its double-header events of the shortened and compressed season – but Mir faces a bigger challenge tomorrow than he did last weekend starting from eighth.

Taking to the track today in qualifying after three days of action last weekend, a test on Tuesday, and two more days of practice yesterday and today, Mir said afterwards that the newly-resurfaced Misano track was possibly the grippiest circuit he had ever encountered.

But with that extra grip came an unusual problem with Michelin’s new rear tyre. Introduced at the start of 2020 and a considerable improvement on the old one in terms of adhesion to the track, it has caused chaos in the Ducati garage by refusing to work with its 2020 bike.

Ducati relies on a planted front end and a rear that’s free to move around under braking to help the rider back the bike in by using the rear brake to lock and skid the tyre, but the additional grip of the new tyre has hindered this process. 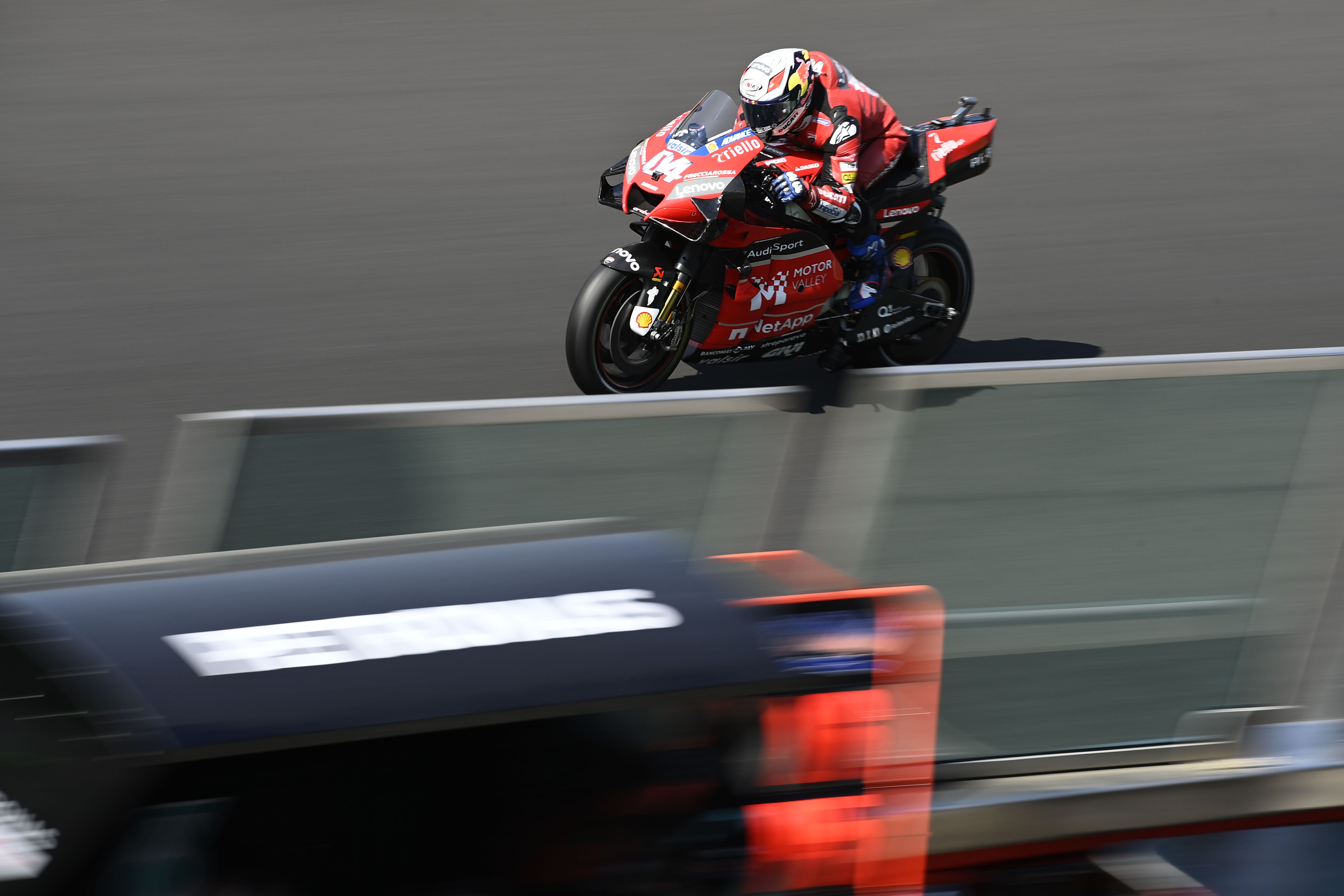 Subsequently, factory riders Andrea Dovizioso and Danilo Petrucci have spent the opening half of the season working hard to alter their riding styles to allow them to better manage the bike – something that satellite rider Pecco Bagnaia seems to have mastered much more quickly to take an impressive maiden podium last weekend.

But, with overall grip levels increasing substantially on Sunday after an almost-constant week of track action and perfect conditions, Mir was left unable to take the most from his Suzuki in time attack mode thanks to a similar issue.

“I’m a little bit disappointed about qualifying,” Mir said. “There is a lot of grip on track, and to make a fast last time on track was harder because of that. We improved from the last GP, but everyone else did too. They went so fast.

“The main problem I had was that the rear is pushing the front a lot and then I can’t turn the front in a good way. This makes everything worse because you’re not able to make up time in braking and you’re never at the right point of the corner to make the best of the tyre. That’s a lot of the lap here.

“Last weekend was better because the grip was a little bit less, but today’s was unbelievable. I’ve never tried a track with grip like this, and I’m hoping that tomorrow with used tyres we don’t have the same problems.” 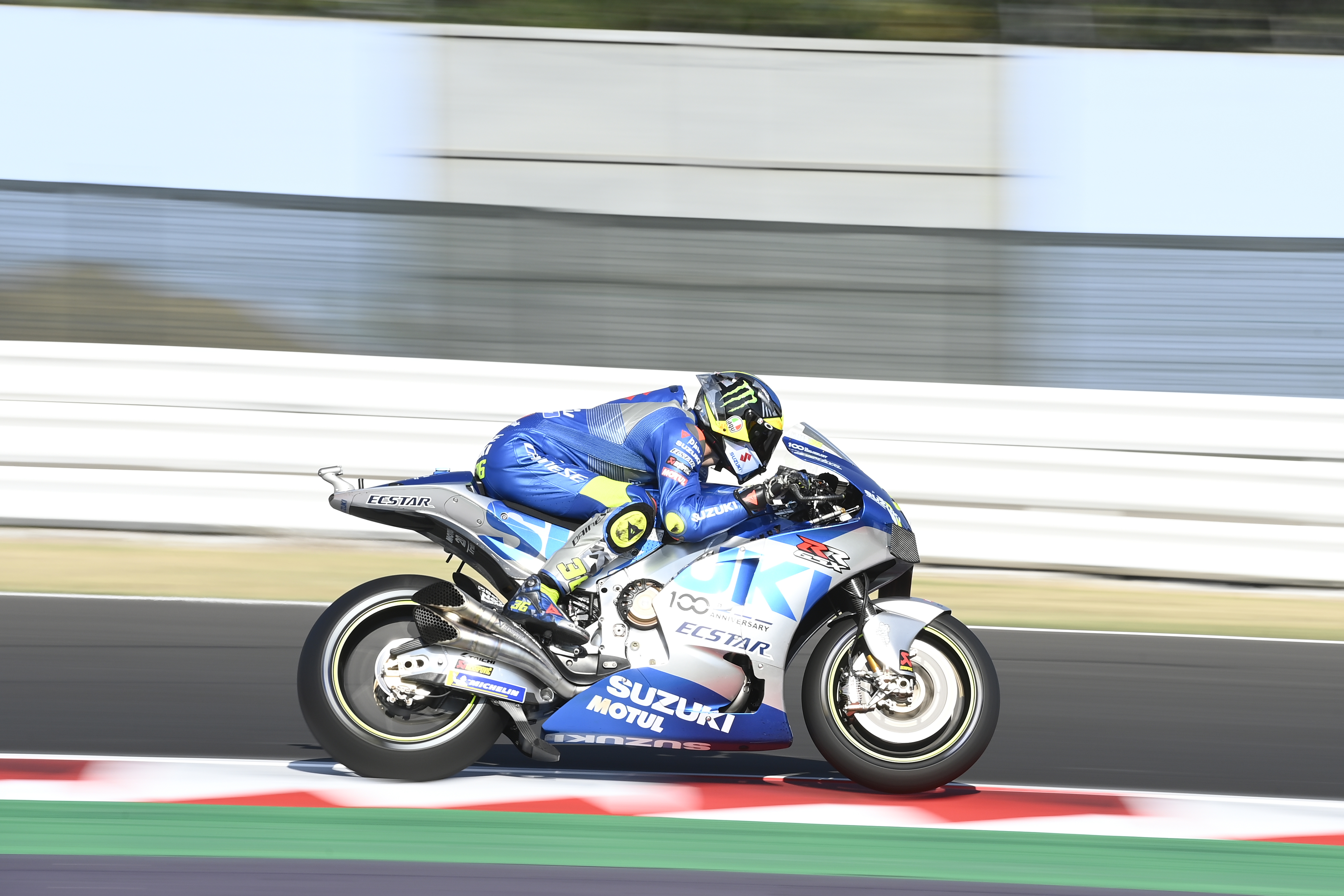 It’s been an issue for his team-mate Alex Rins, too, with the senior Suzuki rider having a nightmare of a day to end up a distant 18th on the grid.

Rins was left at a loss to explain how to find improvements ahead of the race.

“It looks like it’s a difficult weekend for us, but I don’t know why I can’t find the same feeling as I had at the test,” he explained. “We’re going faster than last weekend but the other riders have made a bigger step, and we’re struggling.

“Let’s see how we manage it in the race. We’ll try to start well and recover some positions at the start. It looks like the track is super fast with a lot of grip, and I’m struggling to stop the bike – I have movement with the front tyre that doesn’t give me conditions to stop the bike.” 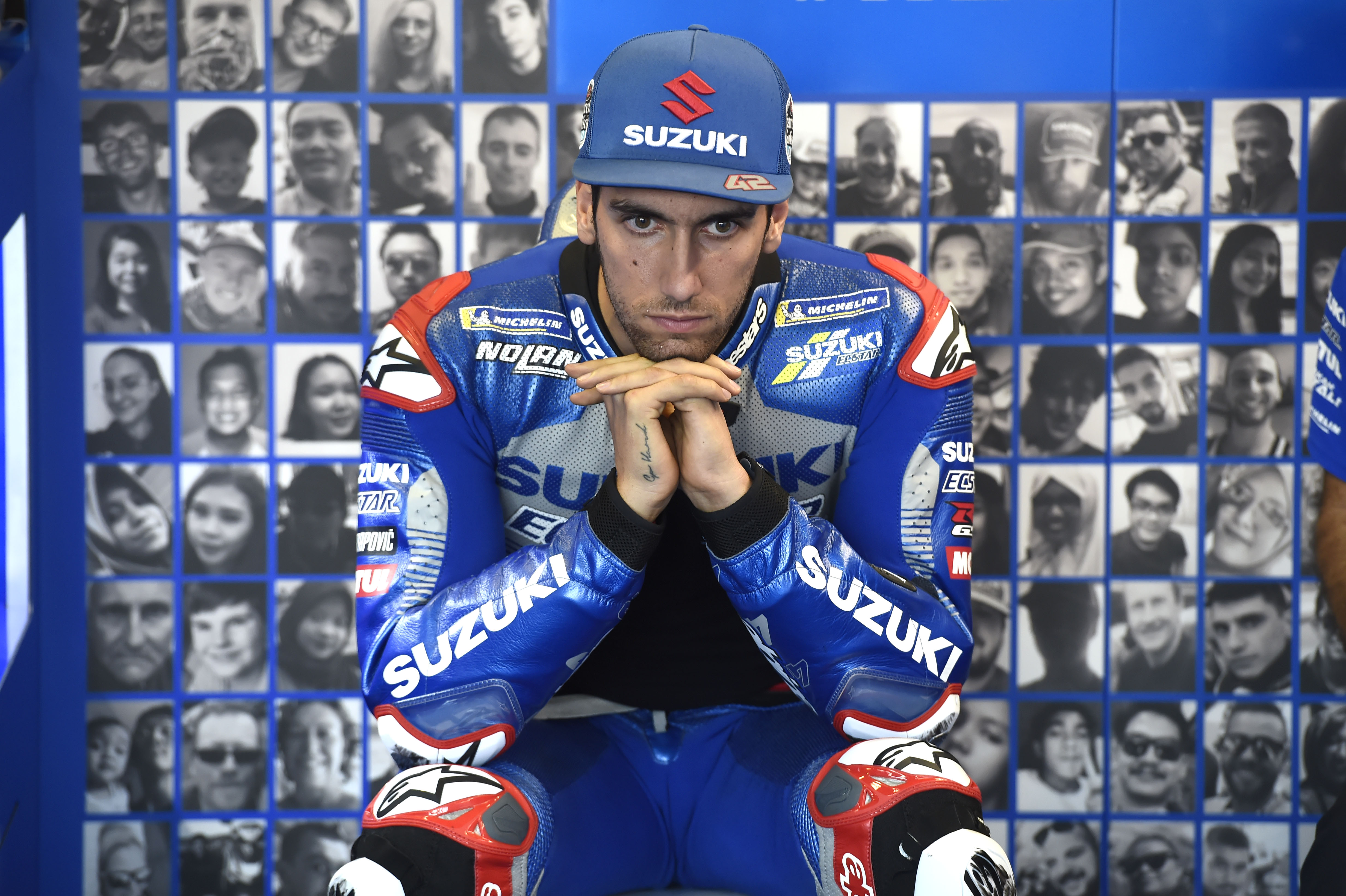 However, while both might have had a tough day, Mir in particular is certain that he can put the qualifying performance behind him when the lights go down and replicate last weekend’s charge through the pack.

Having come from eighth to third and taken the final podium spot from home hero Valentino Rossi in the final half-lap, he’s confident that a similar result isn’t only impossible but perhaps even easier than last weekend.

“The good news is that we’ve improved our pace and I’m happy about that. I have to be focused about tomorrow, make a good start and good laps at the beginning, and then keep a little bit of our race pace and try to fight for the podium.

“Everyone is fast in one lap and with a fresh tyre in practice and at the start of the race, but not many are able to do great laps when there are a few laps on the tyre. It’ll change a little bit in the race, with the Dunlop rubber [on track from the Moto2 race], and I won’t be as strong as I was in FP4, but it won’t be as difficult as last week.” 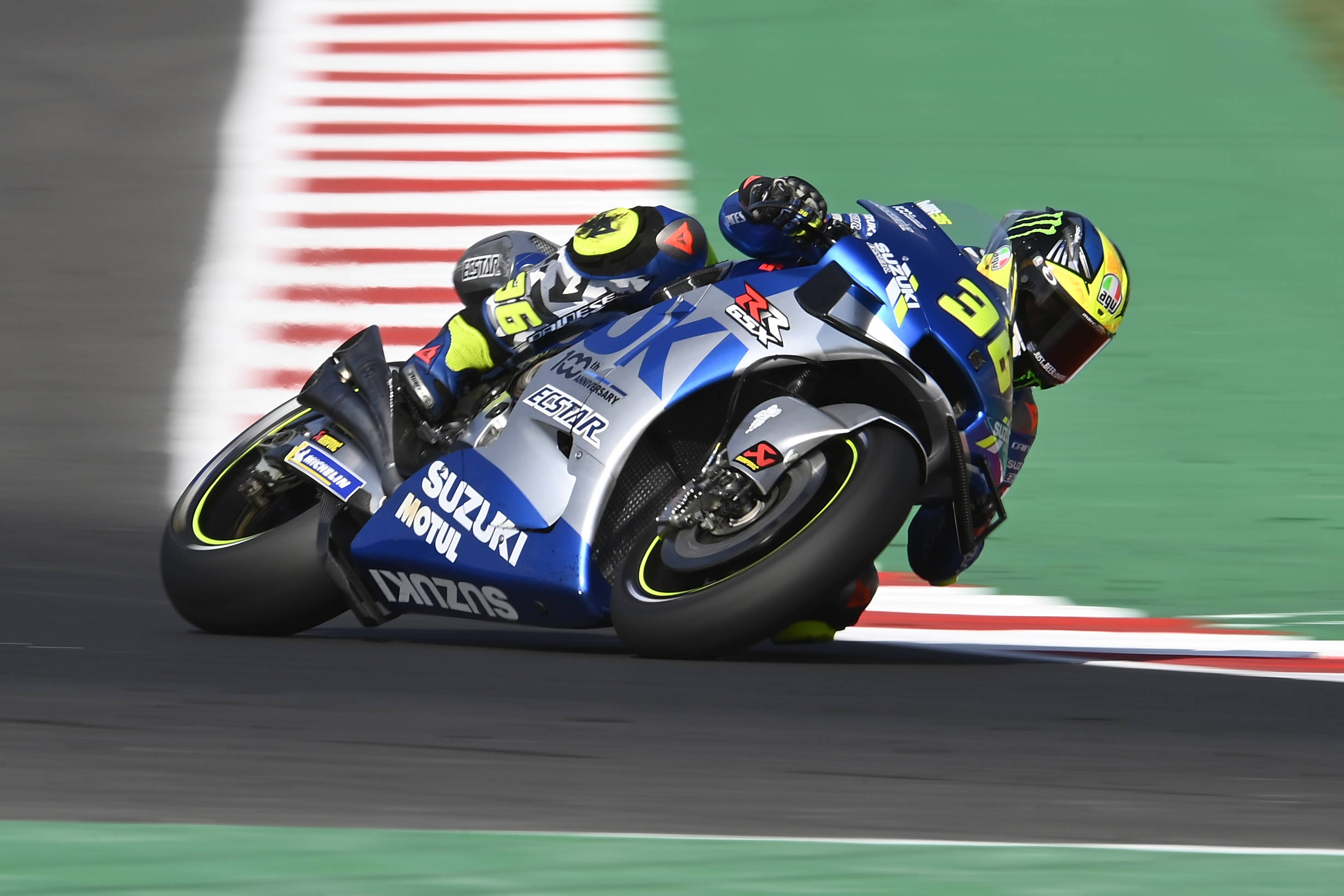