Suzuki MotoGP rider Alex Rins will miss this weekend’s Catalan Grand Prix at Barcelona’s Montmelo circuit, after crashing this morning on his bicycle and breaking his right arm.

The Spaniard was cycling the track at his home circuit when he fell, suffering a break to his right radius bone.

According to a brief statement from his team, Rins was transferred to the Dexeus Hospital in Barcelona following the fall, and will require surgery tomorrow to stabilise the break.

“The Spaniard fell during a training lap and as a result he suffered damage to his right arm, with a large contused area and a lot of pain,” the team confirmed. “He was quickly taken to Barcelona’s Universitari Dexeus Hospital for further examinations and the medical checks revealed a fracture in the radius bone.

“The fracture was immobilised and tomorrow morning Alex will undergo surgery to fix it.” 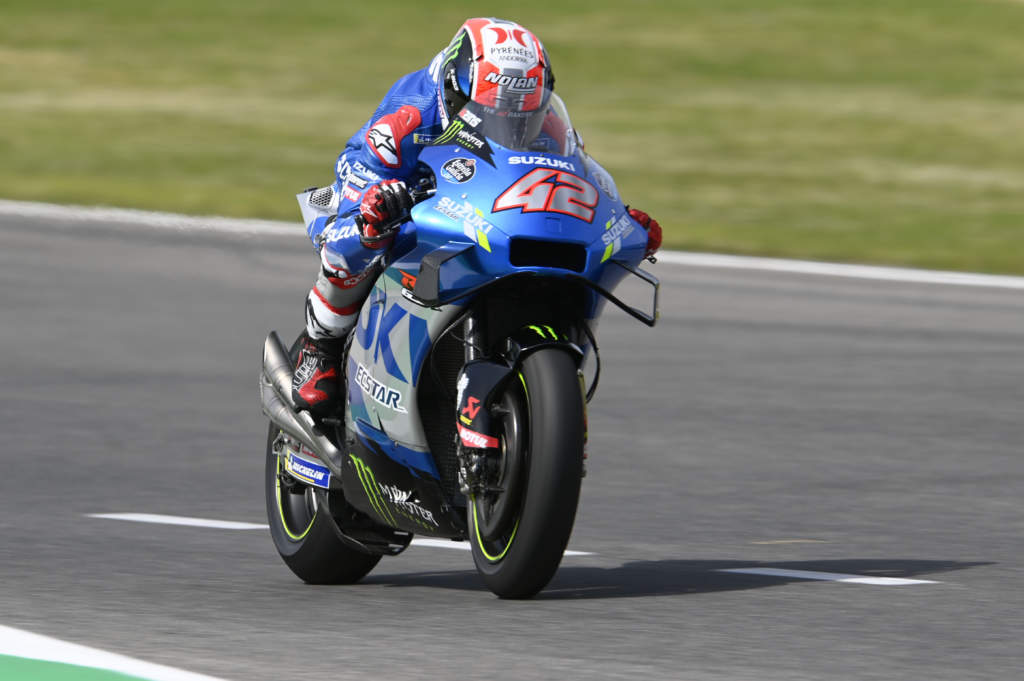 The news comes at the worst possible time for Rins as he faces increased pressure over his recent results, with the Suzuki rider now failing to finish the last four races after every time crashing out of strong positions at Portimao, Jerez, Le Mans, and Mugello.

It means that he’s 13th in the championship with only 23 points to show from six races – just over a fifth of what championship leader Fabio Quartararo has managed.

It remains to be seen whether Suzuki will replace him for this weekend, but with an important post-race test on Monday and with TV commitments, the team’s test rider Sylvain Guintoli is already on site in Montmelo and could well be drafted in as a last-minute replacement for the injured Rins.

“The management of the team is still evaluating the situation and no decisions have been taken yet,” Suzuki’s statement said regarding a replacement.