Mar 7 2021
By Valentin Khorounzhiy
No Comments

Saturday’s surprise package, Aprilia’s new RS-GP looked to be headed for a clean sweep of the two-day test when Aleix Espargaro jumped out to first place just as the clock ticked over the five-hour mark.

But Franco Morbidelli of Petronas Yamaha then closed to within 0.001s of Espargaro’s time, before his former team-mate Quartararo uncorked the first sub-1m54s effort of the test.

Quartararo had been just 15th the day prior, admitting he had found it difficult to immediately get back into his rhythm as MotoGP rider, but his late Sunday effort proved enough to keep him top, with only Ducati’s Jack Miller getting close. 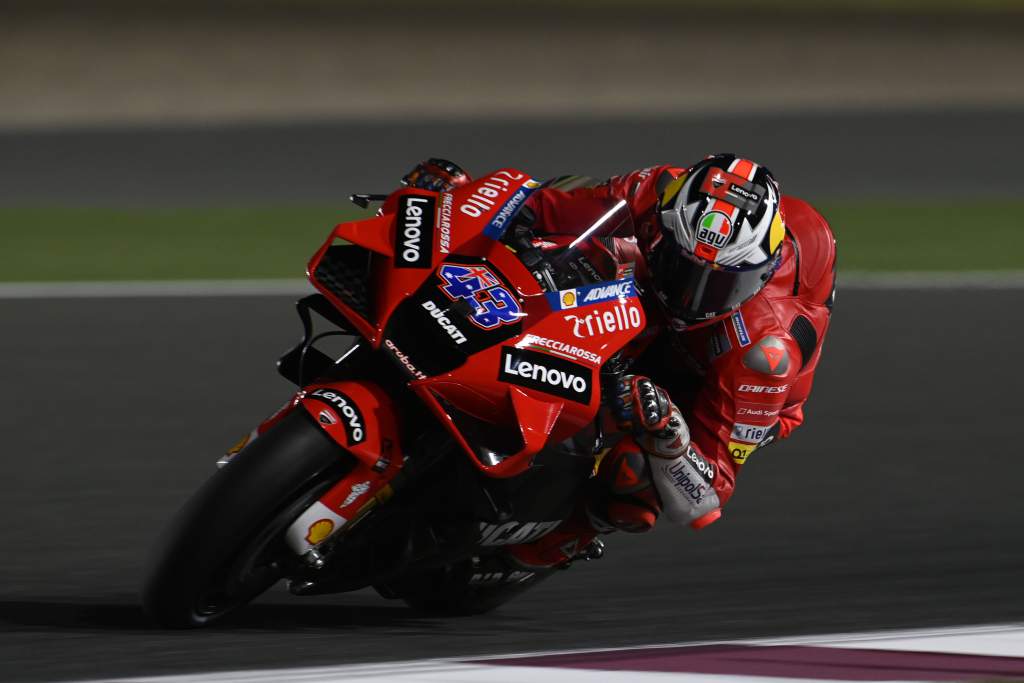 Honda test rider Stefan Bradl again spent a significant chunk of the day at the very front, and ended up fifth on the timing screens.

He was followed by Pramac Ducati’s Johann Zarco – sixth for the second time in two days – and Quartararo’s team-mate Maverick Vinales. 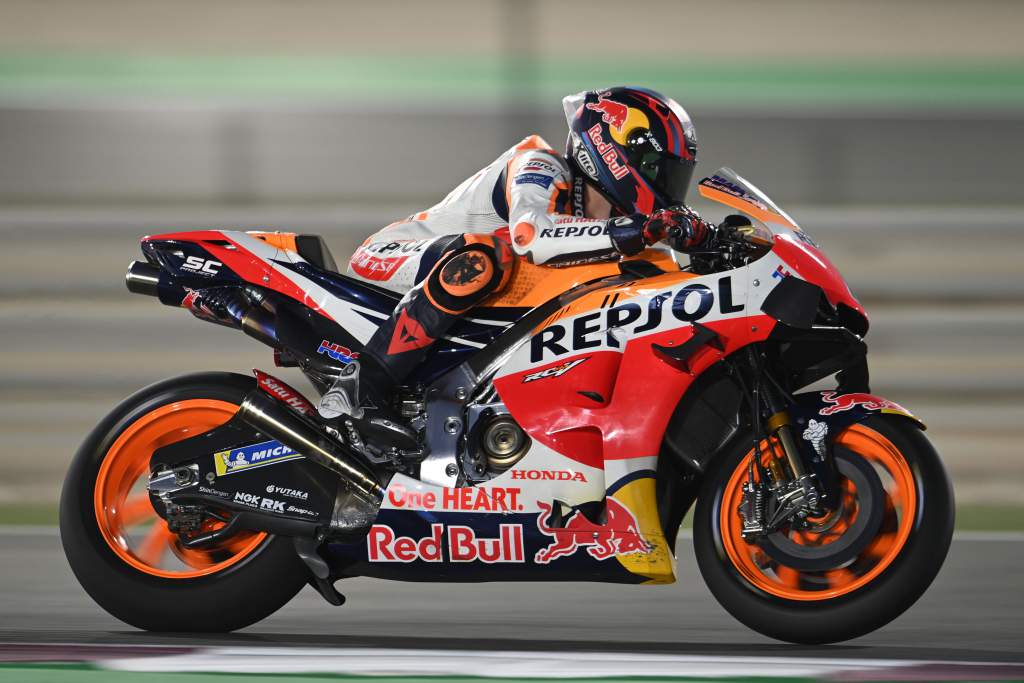 Reigning champion Joan Mir ended what he described as a “tough” day – in terms of workload rather than performance – eighth, while his Suzuki team-mate Alex Rins was demoted to 10th late on by the second works Ducati of Francesco Bagnaia.

Honda’s new boy Pol Espargaro was just 0.015s behind the table-topping Bradl at the halfway mark and though he was shuffled down the order in the end he completed the test an encouraging 12th.

This placed him 0.015s behind Rins and 0.007s behind his works KTM replacement Miguel Oliveira, as well as right ahead of LCR Honda duo Takaaki Nakagami and Alex Marquez – both of thom had had crashes. 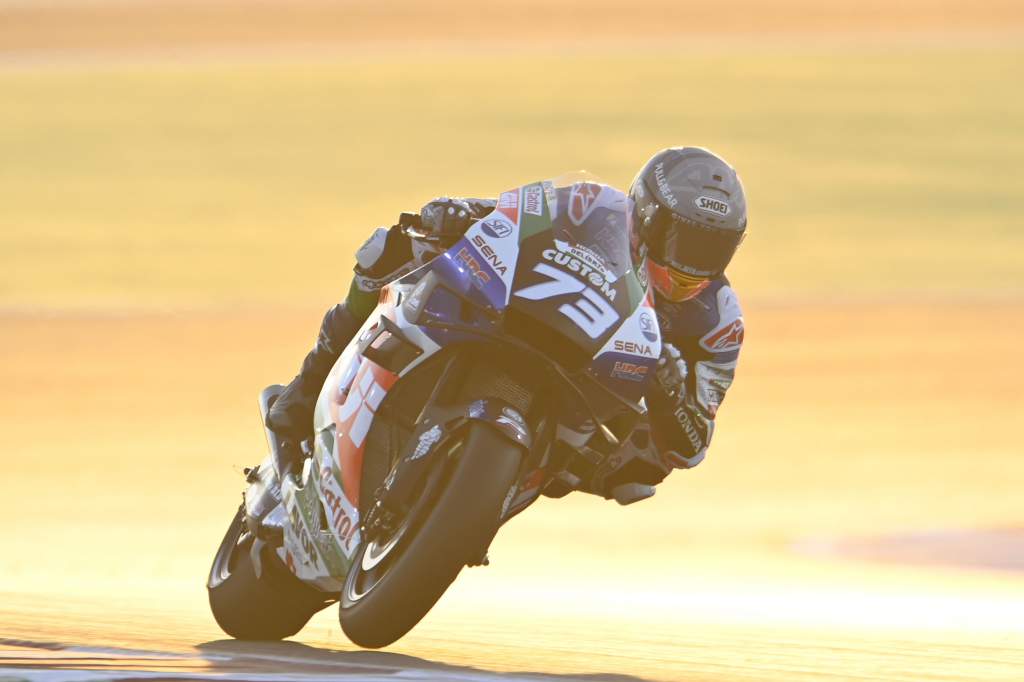 Avintia Ducati’s Enea Bastianini, the reigning Moto2 champion, was top of the rookie crop in 16th.

That put him four places up on Petronas Yamaha rider Valentino Rossi, who did not improve on his Saturday time and ended the day narrowly ahead of Tech3 KTM’s new rider Danilo Petrucci. 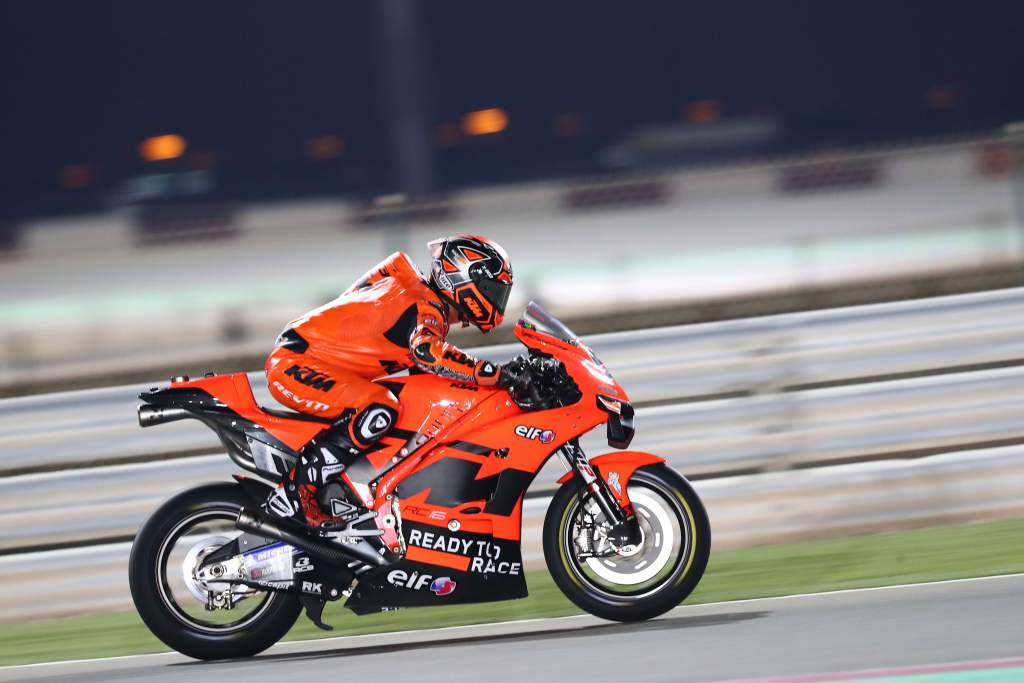 Elsewhere, there were crashes for two of the Yamaha test bikes, while the third one was seemingly parked for the duration of the day.

MotoGP will now take a break before reconvening for another three-day test at the same Losail venue, starting with March 10. Two weeks after that, that very same track will host the first race weekend of the season-opening Qatar MotoGP double-header.