Mar 7 2021
By Simon Patterson
No Comments

After he’d topped the first day of 2021 MotoGP pre-season testing, it wouldn’t be odd to think that Gresini Racing Aprilia’s Aleix Espargaro would have been the happiest man in Qatar.

But rather than the ecstatic figure he was after last year’s tests, the Aprilia veteran was instead a more reserved figure last night in Losail.

Pleased about the performances of the day, Espargaro was nonetheless more cautious than he has been on previous occasions, thanks in part to the lessons learned from a strong series of tests in 2020 that failed to translate into race results. 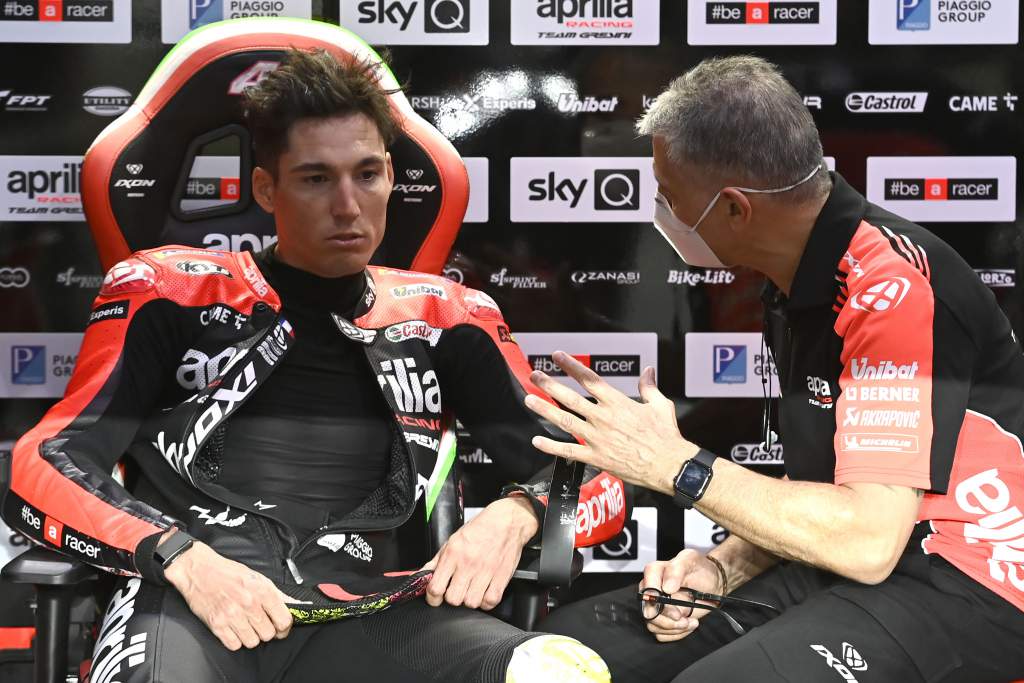 “Obviously I’m very happy to finish P1,” he told the media at the end of the first of five days of testing, “because to do that with the time we set isn’t easy, and we should be proud.

“It’s true that last year in Malaysia we were strong but we weren’t P1, and in Qatar we were happy but we were P13. It’s just day one, but we have to be proud. But it’s just one test and we still have to improve. 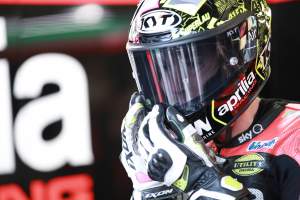 “We’re improving year by year, making small steps, but we are getting closer to our goal. I hope that it’s more real this year, though, and we still have four more days to prove it.

“I didn’t just do a single lap today, I did a simulation of 10 laps and it was quite fast, too.

“Why can’t it be real? I’m the number one guy who wants to put the bike on top, but we have to go step by step.” 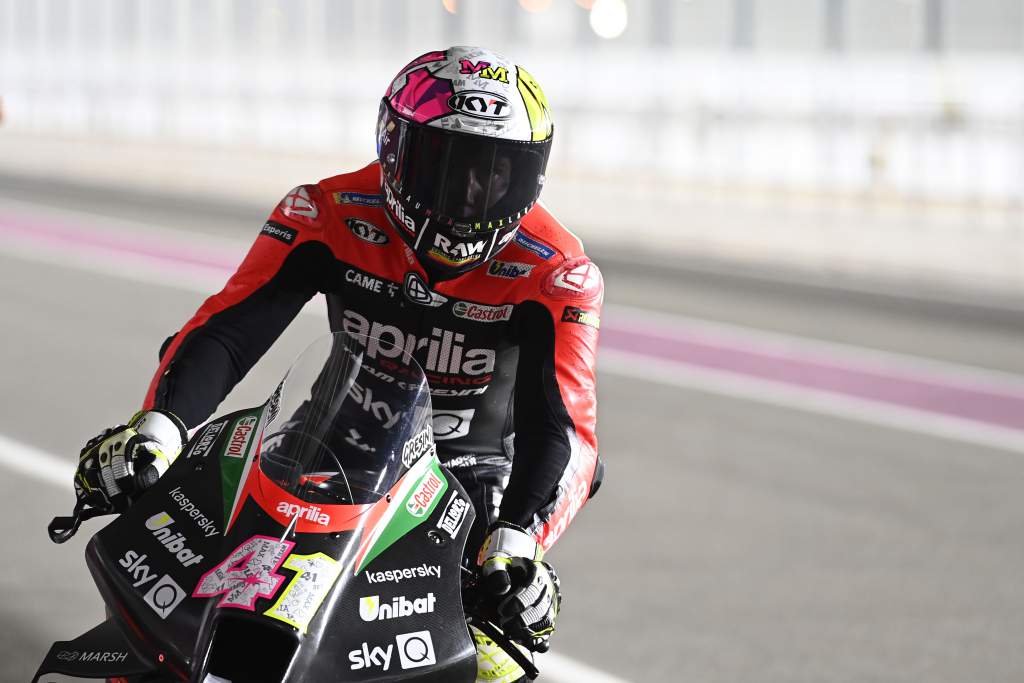 Riding a bike that’s very different to last year’s already-revolutionary RS-GP machine, Espargaro says that there’s a lot of work to do in Losail ahead of the opening two races at the Qatari circuit.

“We still have big things to test. We did a very good test in Jerez, and the problems were basically very similar just in a completely different track. 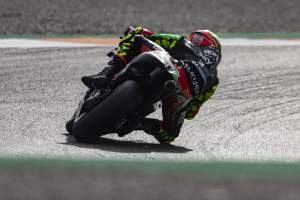 “We tried both bikes, because we only had one in Jerez, and I tried both of them. We’ve got a swing arm, different electronic settings, a lot to try.

“The bike doesn’t look like a revolution, but to ride it, it is very different. Regarding the stability, we’ve made a big step forward and it’s very stable. They’ve done a big job with the aerodynamics too, and in acceleration the bike has made an improvement.

“There’s a lot more downforce, so it’s a lot more physical, but it’s more stable so I can accelerate better, which is more than welcome.

“It means we’ve done a great job, when we have one of the slowest bikes but we are in P1 with a very fast laptime. Now we have to understand how we can improve and find a good balance.

“We still have to understand the bike, to see the strong points and the weak points. But the bike seems to like me a lot!” 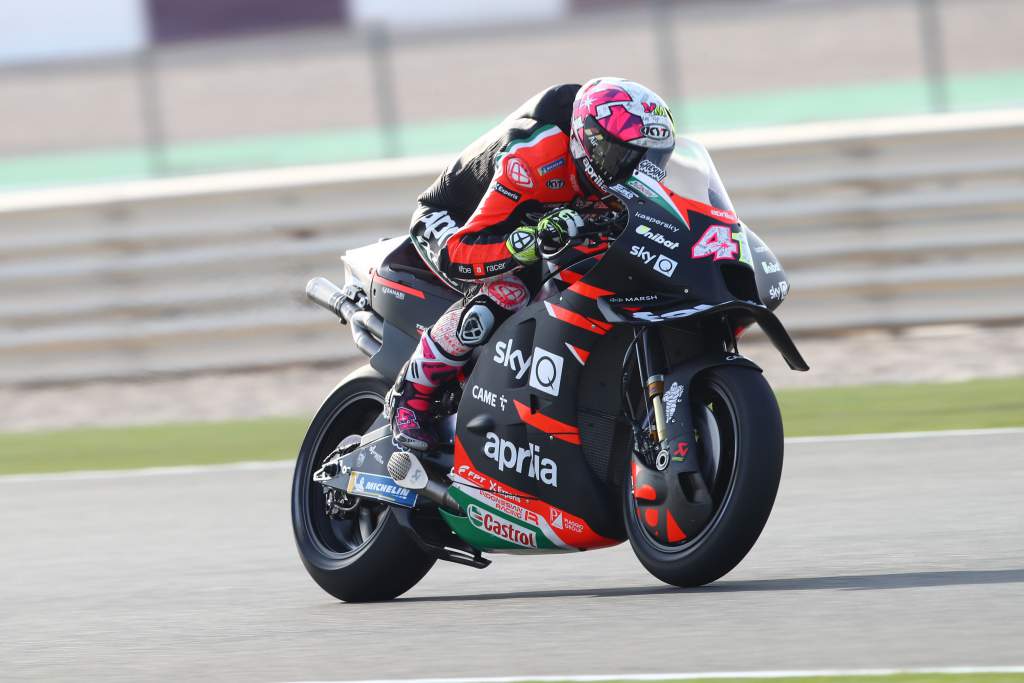 Working yesterday with two different variations of their new front wing, one wider and one narrower, Espargaro said that he felt a substantial difference not only on the downforce generated but also the drag – and that Aprilia still needs to finetune everything.

“Sometimes it’s not just the engine that affects top speed – things have become a little more complicated in the past four or five years with aerodynamics. I have to say that I’m accelerating better than ever, but we still have to improve our top speed. It’s very low – lower than last year’s. We’re losing 15km/h to the Ducatis.

“The aerodynamics allow you to turn better or worse, to accelerate better or worse, or to make more or less top speed. Now we have to find the balance, and today I tried two different aerodynamic packages. Obviously I would like to have better top speed, because Qatar is a very demanding circuit for it, and I’m going to suffer a little bit in the coming days.” 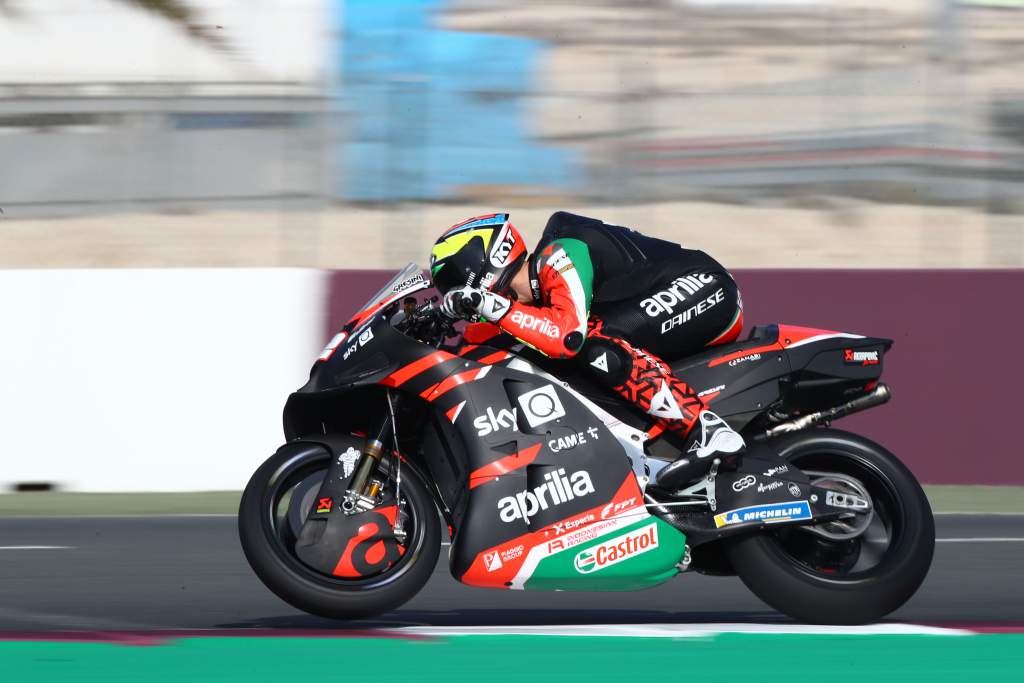 Things were steady on the other side of the Aprilia garage, too, thanks to new team-mate Lorenzo Savadori coming into the weekend nursing a shoulder injury sustained during training last month.

Savadori didn’t embarrass himself as he ended the day in 19th, and he says that he’ll be fully fit for the opening races.

“I’m quite OK, but I’m not at 100% physically,” he told the media, “because I had a little injury to my shoulder before the Jerez test.

“The bike is working well, though, and step by step I’m improving my feeling with it.

“I still need to understand the category, the tyre, and my team-mate, but it’s only the first test of the year and improving the feeling is the goal.”