Quartararo took the championship lead courtesy of his second consecutive win, in a race in which six-time champion Marc Marquez marked his return with a seventh-place finish.

Poleman Quartararo was swamped off the line, somewhat predictably, and was down to fifth into Turn 1, surrendering another place to a fast-starting Joan Mir shortly afterwards.

Mir then managed an aggressive overtake on Marquez, who was briefly up to third place, before Marquez tagged his rear tyre at Turn 3 on the following lap – running wide and impeding Ducati rider Jack Miller, too, which allowed Quartararo to regain two positions and move up to third.

Fourth quickly became third as Quartararo overtook Mir on the main straight the next time around, setting off after the leading duo of Pramac Ducati’s Johann Zarco and Mir’s Suzuki team-mate Alex Rins. 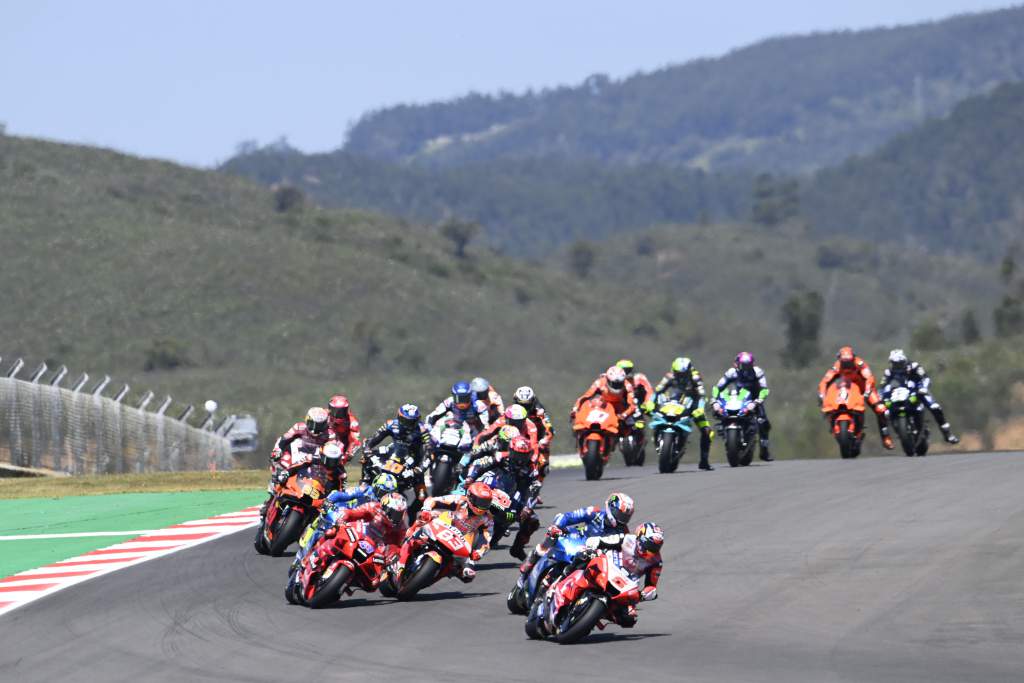 Rins had tried to pass Zarco at down the inside of the sharp Turn 13 left-hander as early as the second lap, and having been unsuccessful initially got the move done a lap later.

And while Zarco then used Ducati’s power advantage to breeze past on the main straight, Rins made the same move again next time by, and Quartararo then managed to lunge down the inside of his compatriot at Turn 15, robbing Zarco of a chance to retaliate against Rins on the straight.

With Mir successfully challenging Zarco for third shortly afterwards, Quartararo was left free to reel in Rins, finally drawing alongside on the main straight at the start of the ninth lap and completing the overtake into Turn 1.

But thought Quartararo’s race pace had looked superior all throughout the weekend, Rins pushed valiantly to keep the Yamaha man in his sights, keeping within four tenths at most of the Yamaha man as the race entered its final stages.

Ultimately, that pace proved too much for the Suzuki man – on the 19th lap, Rins fell while going through Turn 4 in Quartararo’s wheeltracks, retiring from the race and leaving Quartararo with a lead of over four seconds – which he managed until the chequered flag.

Francesco Bagnaia rode a fascinating race, having failed to make the expected progress from 11th on the grid – the spot he’d been relegated to after his record lap of Portimao was chalked off due to a yellow flag infringement.

But the Ducati rider methodically went about making his way up the order, making his way into the top five after 16 laps and passing Mir and Zarco in quick succession for what became second due to Rins’ crash.

Zarco, who’d entered the race as championship leader, crashed at Turn 10 a few corners after being passed by Bagnaia.

And though Mir had kept enough in his reserves to attack Bagnaia on the final lap, he settled for third behind the Ducati man and right ahead of Petronas SRT Yamaha man Franco Morbidelli.

Brad Binder moved up seven places on the opening lap and salvaged a superb fifth-place finish for his KTM team, while Aleix Espargaro completed the top six for Aprilia.

Marquez faded after running out front early on but benefited from attrition to pick up seventh, right ahead of his brother, LCR Honda rider Alex Marquez.

The younger Marquez and his LCR team-mate Takaaki Nakagami – a heroic 10th, having suffered nearly all weekend with pain from a Friday practice crash – were split by Avintia Ducati rookie Enea Bastianini.

It was a bewildering race for Quartararo’s team-mate Maverick Vinales, who had a horrific start and was down to dead last early on, before regaining some semblance of pace and fighting his way up to 11th.

Miller’s disappointing start to the season continued as, after slipping behind Espargaro and into sixth place early on, he fell on the approach to Turn 3 while chasing after the Aprilia man. 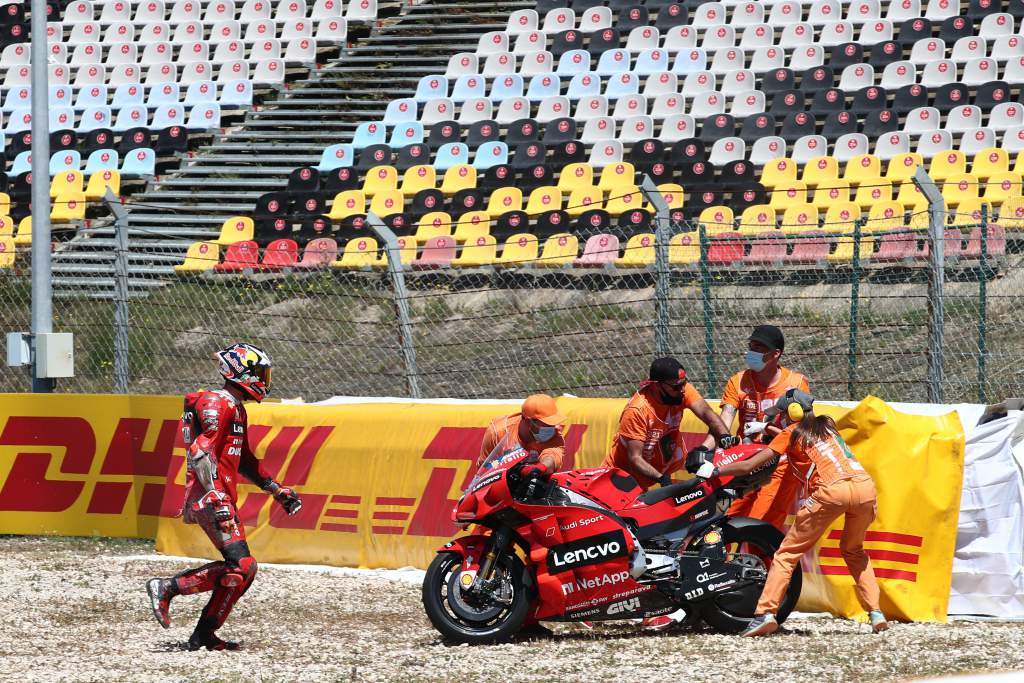 By then Honda rider Pol Espargaro had already retired with what appeared to be a mechanical issue, while home hero Miguel Oliveira, having slipped outside the top 10 at the start, then crashed at the Turn 14 right-hander on the same lap as Miller.

On lap 15, Valentino Rossi joined the list of fallers, continuing his worst-ever start to a premier-class season as he lowsided at the Turn 11 right-hander while running in 11th place.