Apr 18 2021
By Valentin Khorounzhiy
No Comments

Ducati MotoGP rider Jack Miller says his post-surgery arm wound opened up in a Portimao race crash he described as a “silly mistake”.

Miller was running sixth in the Portuguese Grand Prix when he fell on approach to the hairpin-like Turn 6, retiring from the race on the spot.

The Australian had had surgery on his right arm in the lead-up to the Portimao weekend, in order to alleviate an arm pump problem that had compromised his previous race in Qatar.

And while the aftermath of the surgery caused him little grief in Portugal – with Miller feeling fully fit throughout the weekend – it did lead to a somewhat gruesome discovery post-race.

“I was feeling fantastic all weekend, even in the race,” Miller said regarding his arm. “I was planning on taking the stitches out tonight, but when I fell the stitches took themselves out.

“So I had a gaping [hole]. I didn’t even know to be honest, until I took the leather suit off.” 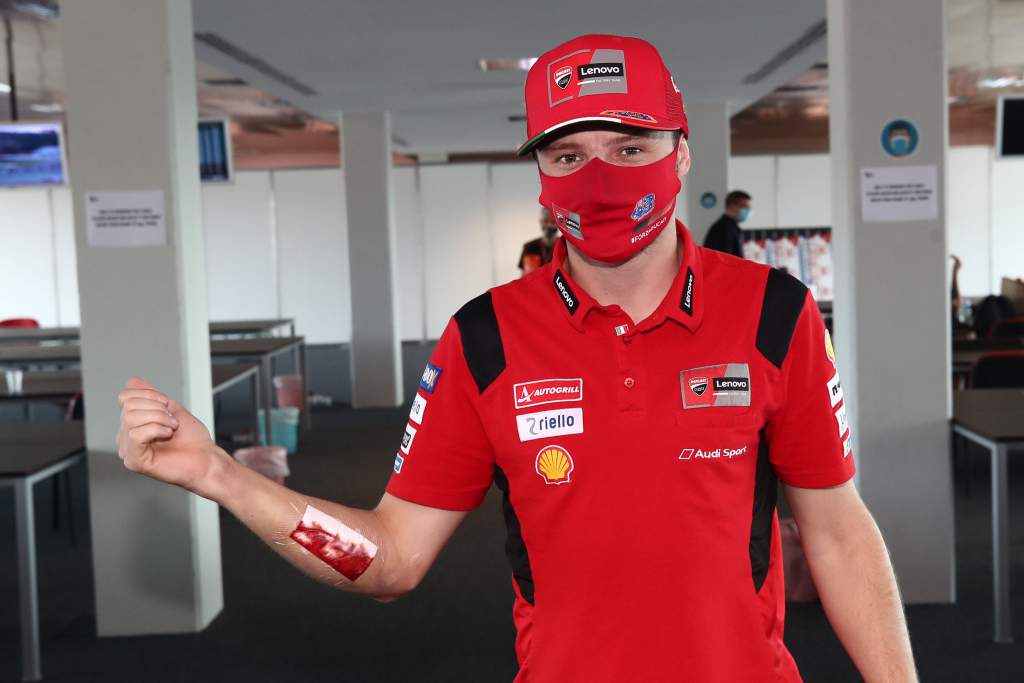 After showing a photo of the wound to journalists in attendance, Miller added: “As you can tell, quite a big hole. Had it re-stitched and start the healing process all over again.”

Though in good spirits about the injury, Miller admitted it meant he wouldn’t be able to do any motocross training ahead of the early-May race at Jerez, and will instead be limited to riding a bicycle.

Miller’s Portimao crash has added to a rough start to the season for a rider, who is yet to finish higher than ninth as a factory Ducati rider.

He was in a good position to do better in Portugal, but slipped to sixth behind Aleix Espargaro after a failed attempt to pass Joan Mir, before a crash that he owned up to as being “simply my fault”. 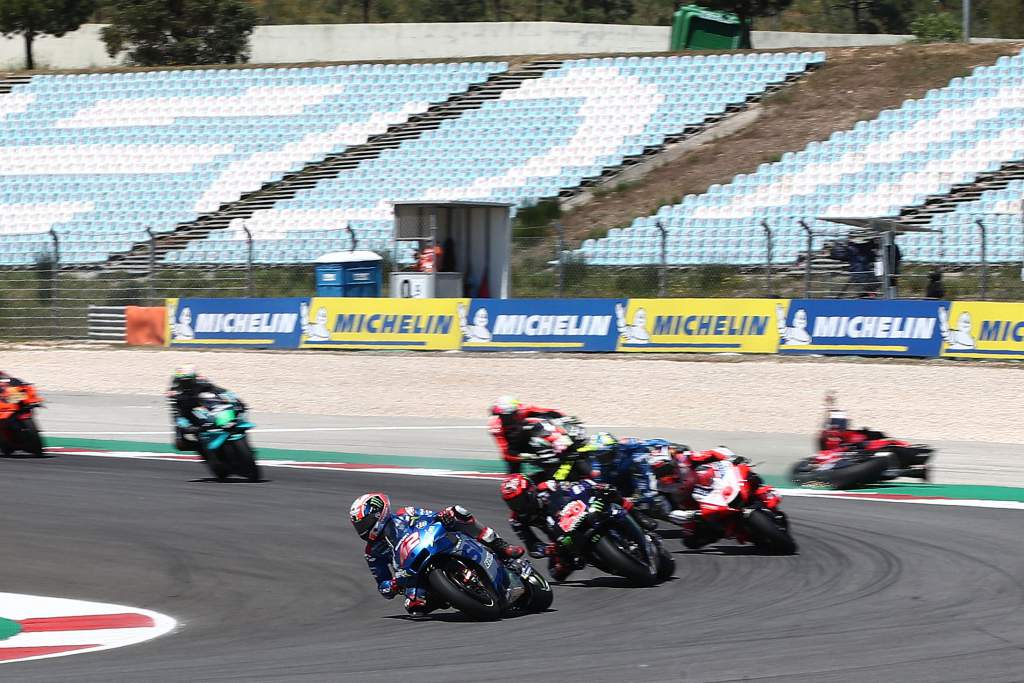 “I was right at the peak point in the pressure, you always get like a spike and then it sort of levels off and I was right at that point, and Aleix braked semi-early – all of the weekend I’ve been one of the later ones there,” said Miller of a crash that occurred very early into the braking phase.

“And I just misread the thing and I had to use a little extra pressure I guess, and tucked it. Completely my fault. Just a really silly mistake, a costly mistake.”

He added that he felt hurried by the progress eventual race winner Fabio Quartararo was making, “so I knew I had to kind of knuckle down and get into it”.

“Just a silly mistake that cost me a fair bit.”