The Race’s sources in the MotoGP paddock have revealed the series’ provisional 21-race calendar for 2022, with more races than ever before as it looks to expand its presence further in South East Asia with the addition of a new race in Indonesia.

Combined with the Portimao circuit in Portugal retaining its new place following the pandemic, it means that MotoGP will have a longer-than-ever season.

The championship will kick off at its traditional season-opener in Qatar, with the Losail International Circuit having already confirmed an early date of March 6 for the opening race. Following that, MotoGP will remain in the east, with the new Mandalika Bay race in Indonesia scheduled for shortly after.

Go for the first-ever lap of the Mandalika International Street Circuit as its progress to completion continues! 🙌#IndonesianGP 🇮🇩 pic.twitter.com/DgfDpIj8gP

The championship will then head to the Americas for races in both Argentina and Texas, before Portugal kicks off the European leg of the season. The championship will retain a three-week summer break following the new Finnish round, ahead of a rescheduled British Grand Prix at Silverstone on August 7. 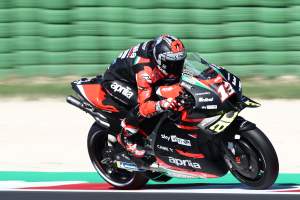 The end-of-season flyaway trip to Asia and Australia will have a slightly different format for 2022, losing its three-races-in-a-week structure to be replaced by two sets of two races, with an extended two-week break in between.

Following that, the championship will then return to Europe for the traditional closing race at Valencia.