Alex Rins will take no further part in this weekend’s German Grand Prix at the Sachsenring, following increased pain in the broken right wrist he sustained at the Catalan Grand Prix two weeks ago.

The Suzuki rider was involved in a Turn 1 crash along with Taka Nakagami and Pecco Bagnaia and was the worst-affected of the three, but had originally hoped to race at the Sachsenring after being declared fit on Thursday. 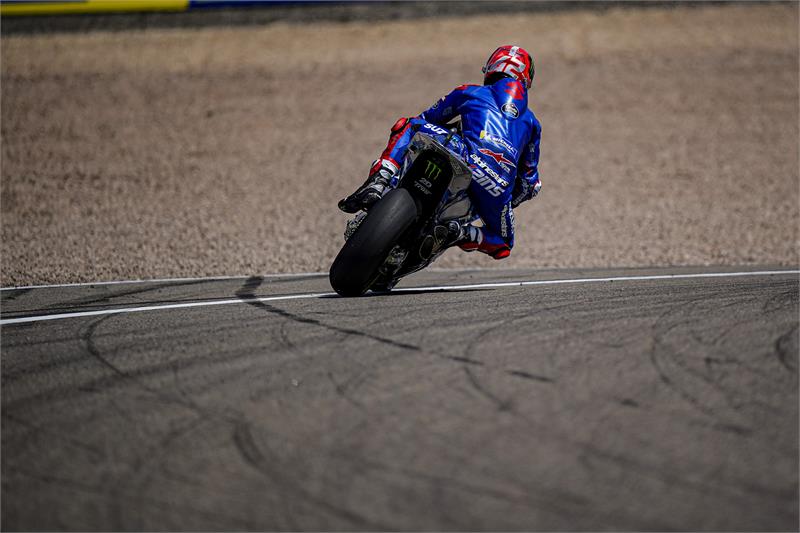 Despite riding on Friday and Saturday morning at the tight and twisty German circuit, he was able to set a good time in combined practice, finishing in 17th – less than a second from the new absolute lap record set by Pecco Bagnaia.

However, admitting yesterday that he would make a call, together with team boss Livio Suppo, on whether to continue after the session, that decision has been made for him due to continuing extensive pain in the pyramidal bone of his left wrist. 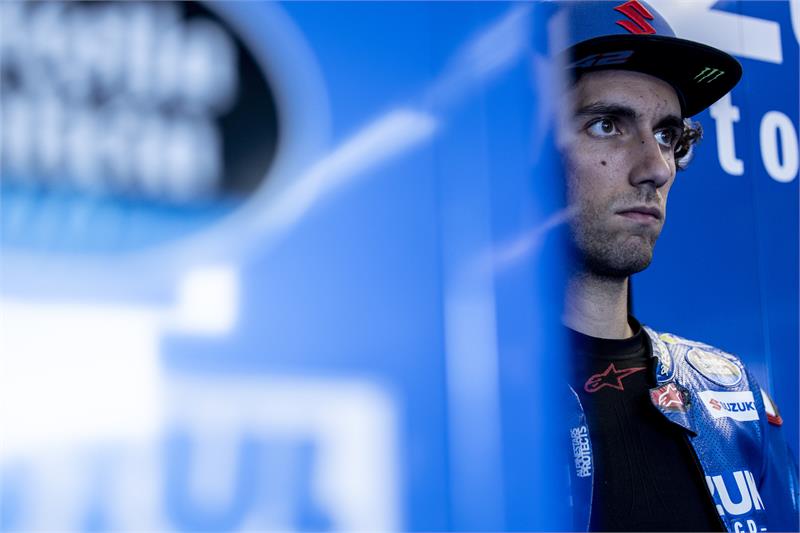 “Today the feeling with my hand and wrist is somewhat worse than yesterday, and I found that I was in a lot of pain when I tried to do a fast lap, so I don’t feel I am capable of competing,” Rins said.

Rins’ exit from the Sachsenring weekend could be crucial for his fitness for the upcoming Assen round, a track where his Suzuki would be expected to go particularly well.

Rins’ team boss Suppo said: “It’s a pity, but the pain is too much, and it makes no sense to take risks for no reward.

“We hope Alex can recover more in these next days before we head to Holland next week. I want to thank him for the effort he has put in to be here, he has given his all. “