LCR Honda rider Takaaki Nakagami topped the opening day of the Jerez test held a few days on from the end of the 2021 season.

Nakagami spent most of the day at the top of the timing screens, and reclaimed the lead for good with two hours of running left remaining after having been overtaken by Ducati riders Enea Bastianini and Francesco Bagnaia.

Nakagami and LCR team-mate Alex Marquez, 16th-fastest, were carrying out the brunt of Honda development work for 2022 on Thursday, with factory rider Pol Espargaro working on getting back to fitness on the current bike after the shunt that ruled him out of the Valencia race, and test rider Stefan Bradl having run the day prior instead before the official test.

Pramac Ducati rider Johann Zarco moved up to second with his final flying lap, 0.043s off Nakagami, with Bastinini (pictured below, now riding a 2021-spec Ducati at Gresini) and factory man Bagnaia completing a top four split by just over a tenth. 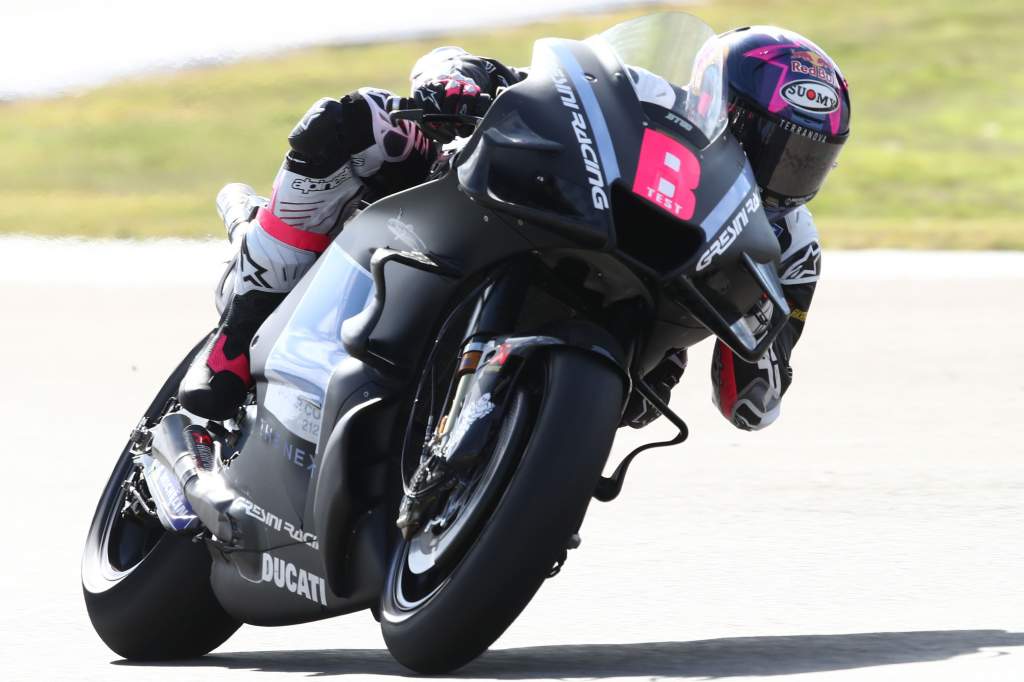 Maverick Vinales led the way for Aprilia in fifth, ahead of the lead Suzuki of Alex Rins and the lead Yamaha of Franco Morbidelli.

Yamaha has brought in a new swingarm and a tweak to the anti-wheelie electronics settings to try, but its reigning champion Fabio Quartararo, who finished the day ninth-fastest behind Ducati’s Jack Miller, said beyond that the bike available here was basically the same as the prototype trialled in the in-season Misano test. 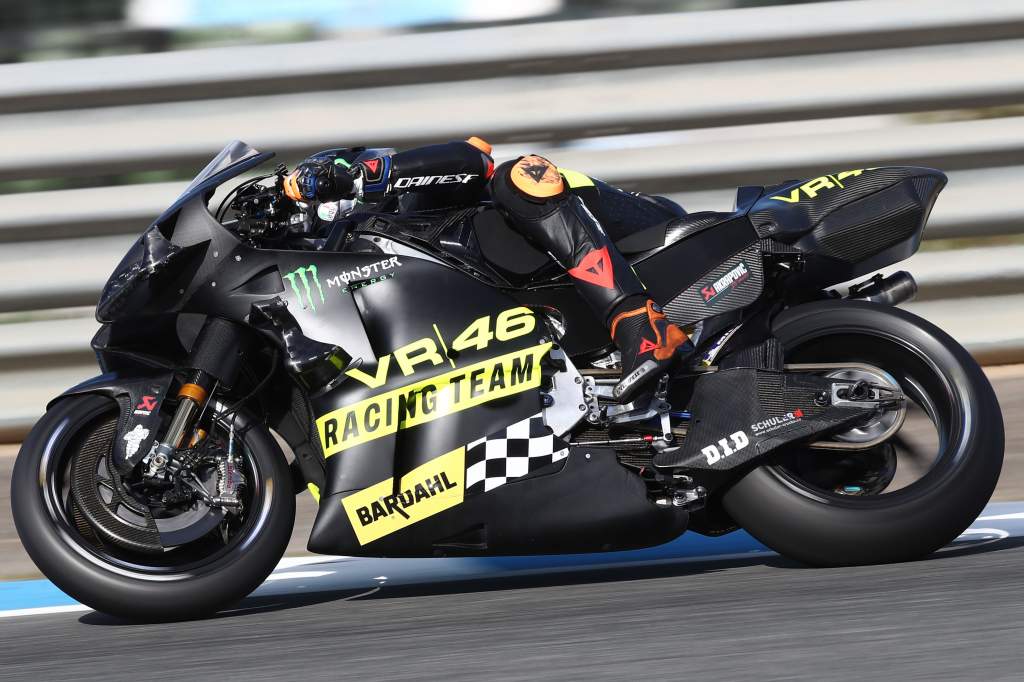 Brad Binder, who had a crash and then a mechanical issue-induced stoppage an hour later , was the lead KTM rider in 10th place, ahead of VR46 Ducati’s Luca Marini, who will become the fifth Ducati rider on factory-spec machinery next year.

Moto2 runner-up Raul Fernandez (Tech3 KTM, pictured below) was the highest-placed of the field’s five rookies in 19th, 1.7s off the pace and more than half a second up on the next-fastest newcomer – Gresini Ducati’s Fabio Di Giannantonio. 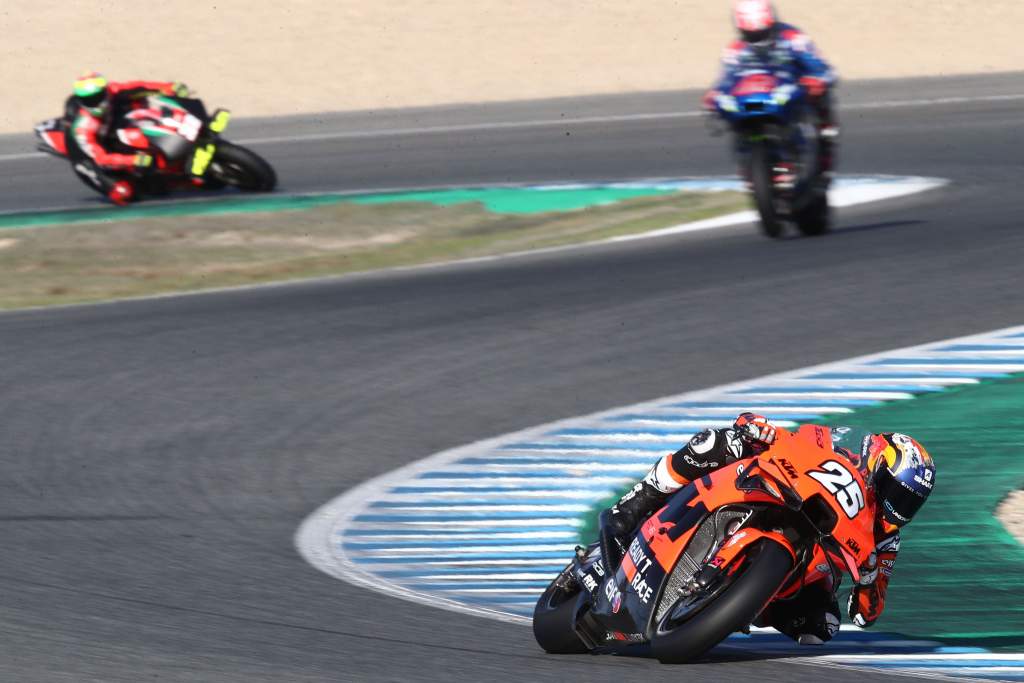 RNF Yamaha’s Moto3 graduate Darryn Binder completed 49 test and was 27th and last, 4.4s off, as he got his first taste of MotoGP machinery.