In an age of competitive racing and closer-than-ever grids, it still feels like there’s something missing from the 2022 MotoGP field – and that’s reflected in falling attendance figures and fewer people than ever before watching on TV.

Still reeling from Marc Marquez’s absence and the retirement of Valentino Rossi, the championship is devoid of a big character.

But could surprise title contender Aleix Espargaro be the man to step into the void and reignite fan attention in MotoGP thanks to his incredible underdog tale?

Now let’s start by admitting that there is of course some hyperbole in this premise: no one is expecting the Aprilia rider to single-handedly reverse the fortunes of MotoGP regardless of how the second half of his season pans out.

But, with a story to tell and the character to really engage with fans to boot, he absolutely should be the person that the championship is putting front and centre in its promotional work if it wants to try to break through to new fans. 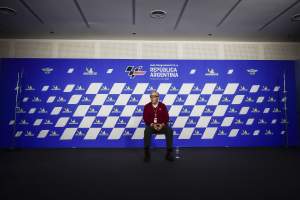 Everyone loves an underdog, right? And there’s definitely plenty of that in the rags to riches tale of how hard work does pay off as Espargaro has worked his way up the grid from crappy old CRT machine to what is arguably the best all-round bike on the grid in the form of Aprilia’s RS-GP – a bike that, of course, has only ended up that way because of his development input over the past six years.

There’s Aprilia’s own story to tell as well, of course. Laughed at as an underachieving waste of a grid spot as recently as only a few seasons ago, the Italian factory has been slowly but steadily chipping away at performance, and the result is a truly exceptional machine now.

This is evidenced not only by Espargaro’s unexpected 2022 title fight but also by team-mate Maverick Vinales, who is now finally finding a podium-challenging pace of his own, too. 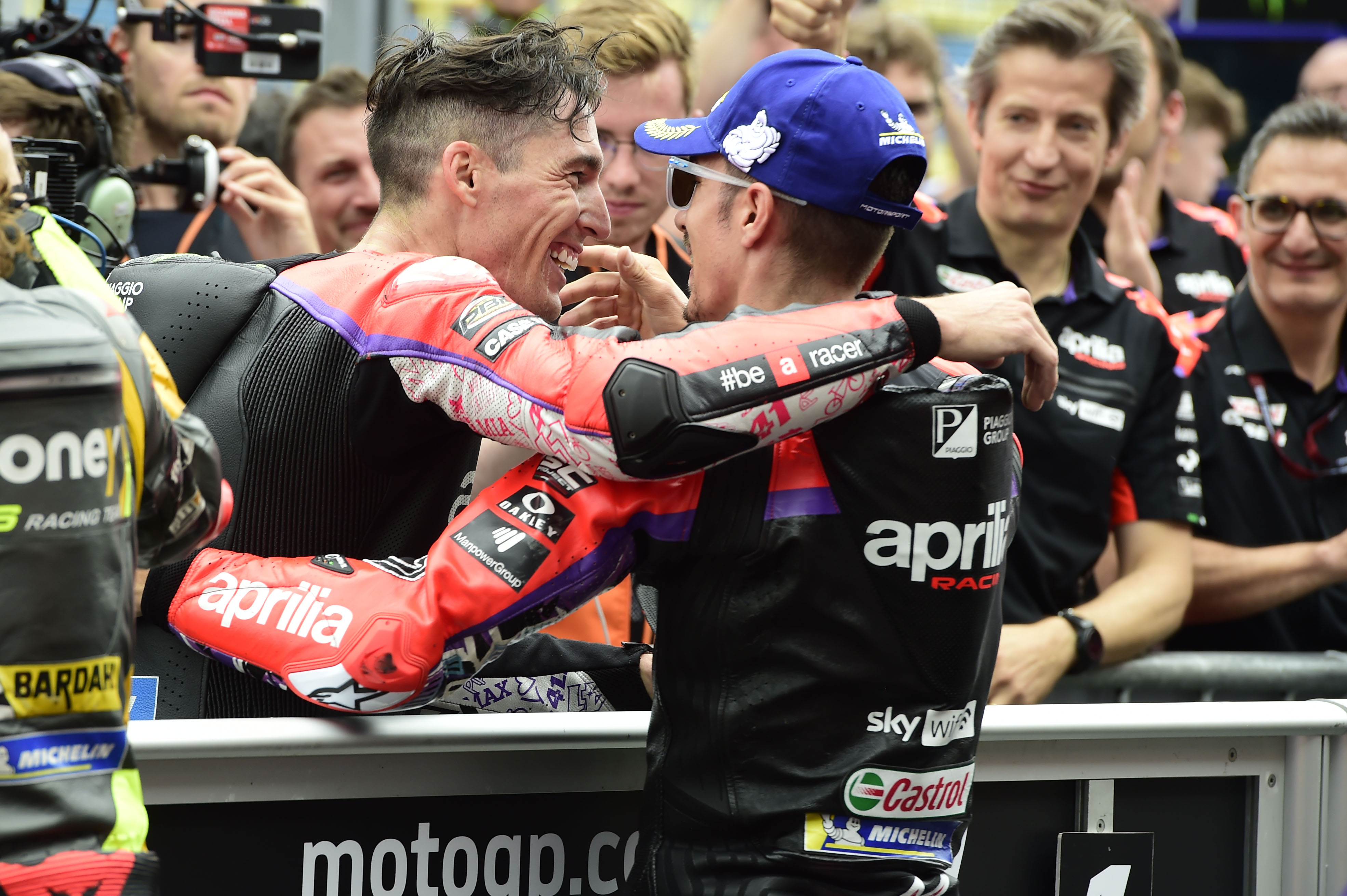 There’s more than just the underdog tale that makes Espargaro the perfect flag-bearer for MotoGP, though, with his personality also a major factor in why he should be placed front and centre.

Outspoken and not afraid to upset people with what he says, he’s somewhat antithetical to much of the rest of the grid in the way he wears his heart on his sleeve. 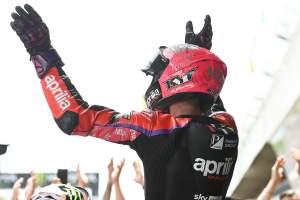 Something that sometimes bites him in the ass (and occasionally leads to apologies being issued, too), it’s still refreshing to hear in a modern world where many athletes seem happy to say nothing rather than risking saying the wrong thing.

That’s no slight on the rest of the MotoGP grid, which is by and large composed of really nice guys – a tag that also very much applies to Espargaro. But without a real standout villain to play the foil the way Rossi has to Marquez or Max Biaggi and Casey Stoner did to Rossi previously, it occasionally feels like there’s a bit of fire missing – something that Espargaro can bring.

Beyond those qualities, he’s also someone who genuinely seems to love getting out and meeting people and being a part of the PR circus and speaks multiple languages effortlessly – a public relations dream if only the right structure was there to deliver the content he generates to new markets. 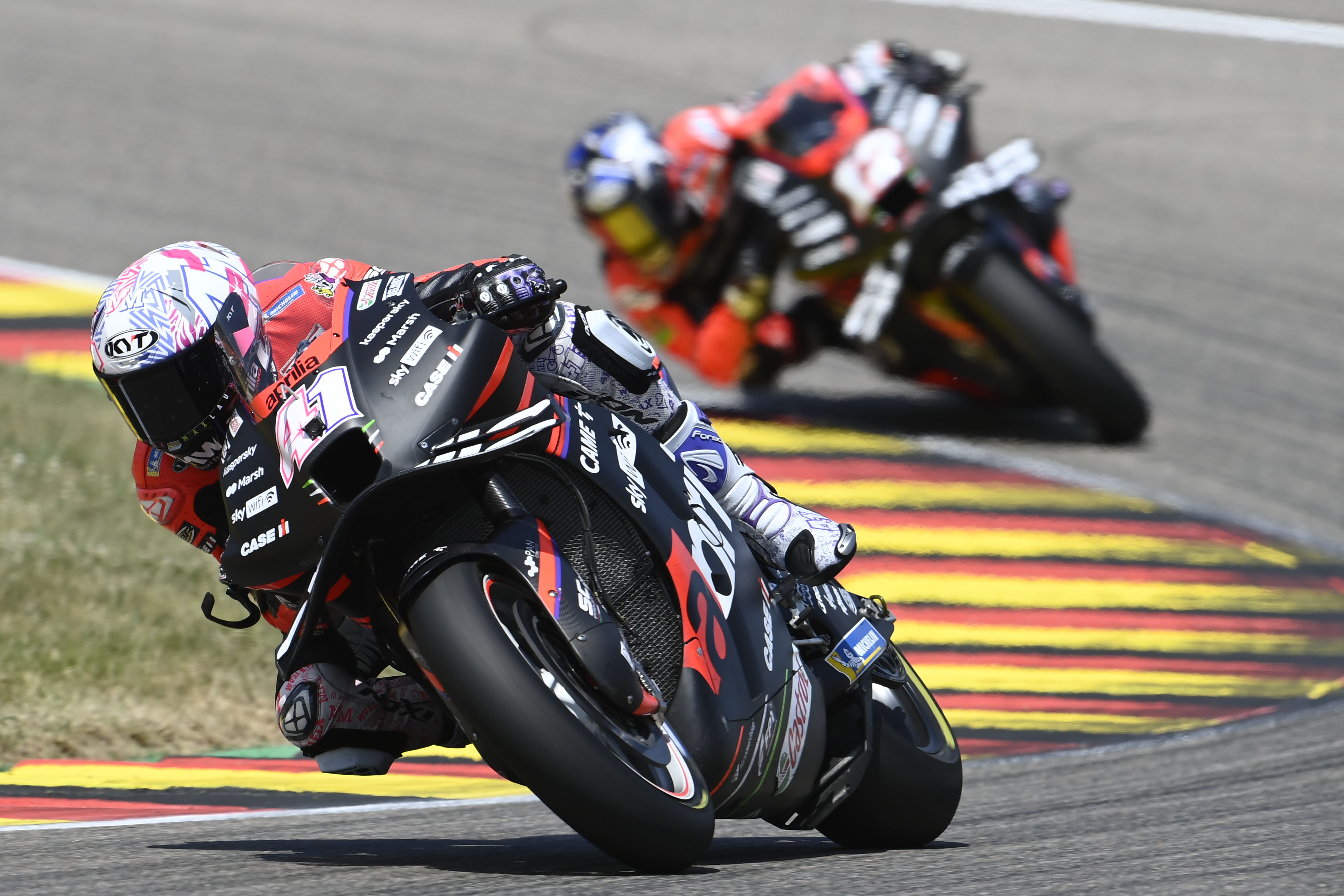 Unfortunately, that PR system isn’t in place with MotoGP, so it lacks the ability to reach outside its traditional audiences, especially ones in non-Spanish speaking markets. 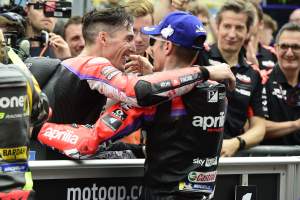 In fact, while hindsight is a wonderful thing, it’s hard to imagine that a rebranded second season of the ultimately doomed MotoGP Unlimited documentary series that solely focused on Espargaro’s 2022 season wouldn’t have been a success, given that he was already a standout of season one.

Ultimately, the story that sells MotoGP the way that Drive to Survive has sold Formula 1 will take more than one person alone.

It’s going to take engagement from multiple stakeholders and new ideas and directions from across the board – but while Aleix Espargaro continues to win, there exists the perfect lightning rod for many of those ideas.