Sunday’s final race of the 2021 MotoE World Cup is just about as spectacular as any championship finale I can ever remember.

Jordi Torres and Dominique Aegerter went into the race both able to win the title – but a Torres second place would be enough to swing it his way regardless of what Aegerter did. They went into the last lap in first and second respectively, comfortably ahead of third, and it all looked sewn up, even if there was a race win still to play for…

Then the one thing that we didn’t believe would really happen played out in front of us. Contact between the duo as they fought for the win in the final sector saw Torres go down and Aegerter ride on to the win and the championship – only to be handed a post-race virtual ride-through penalty that took away his victory and his championship.

Arguably once again the wrong call by the FIM Stewards Panel – which rider wouldn’t lunge for an open door with a championship on the line? – it nonetheless made for a tense and dramatic finale to the third season of the spec electric bike racing series that runs alongside the MotoGP world championship. 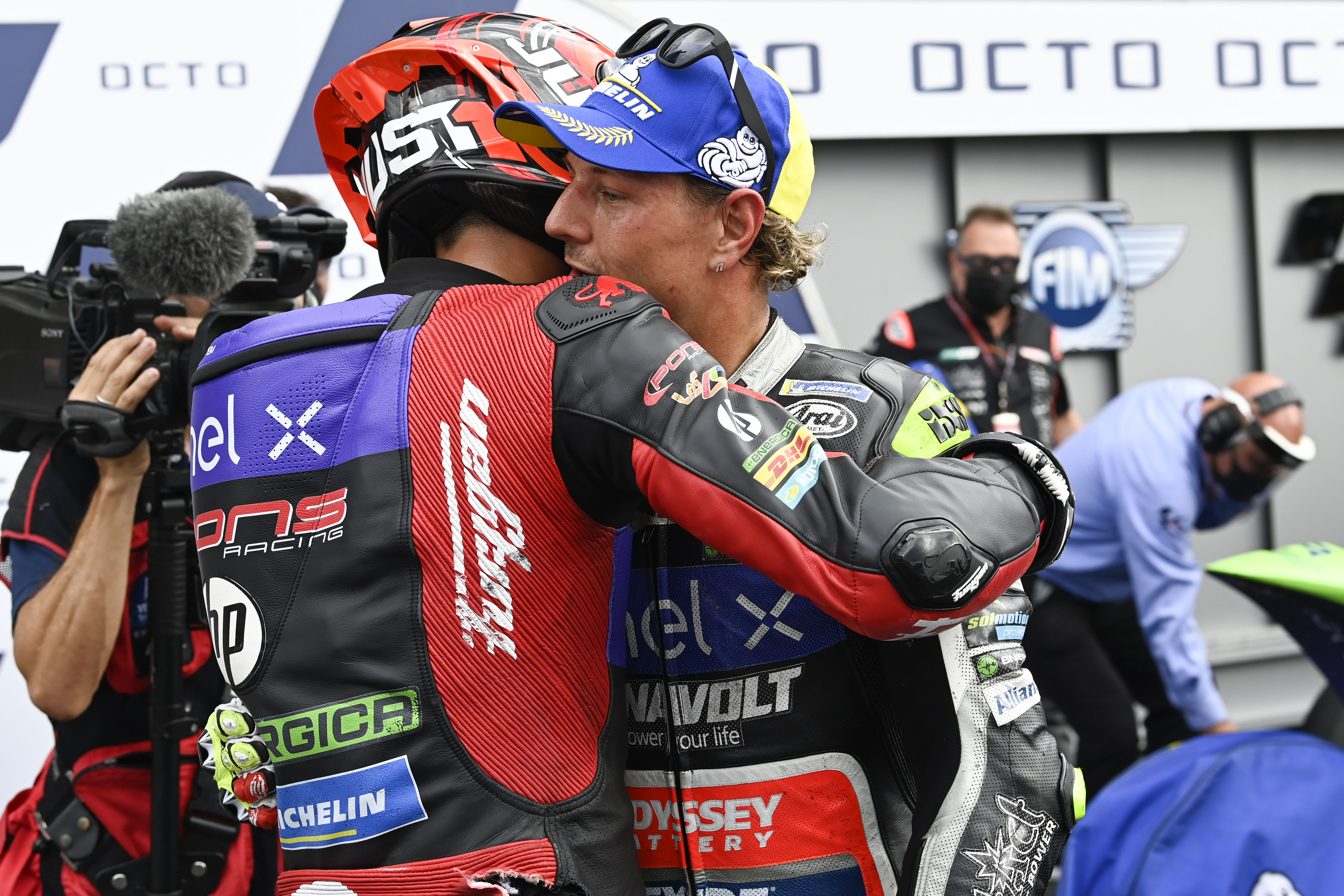 Yet, it all landed a bit flat in the end despite all that drama – not because of the action on track, but because of the support (or lack thereof) that the whole series seems to get from everyone who isn’t intimately involved in it.

MotoE has, in its three seasons and 20 races to date, consistently produced some of the best racing going, with close battles, last lap duels and multiple winners in races often more akin to Moto3 than to the accepted view of electric vehicles. 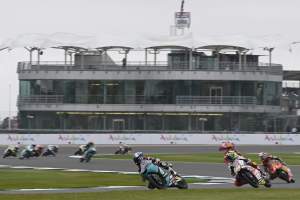 Yet fans still haven’t engaged with the class. There remains a perception – a very incorrect one – that EV racing of all forms is boring, and while the four-wheeled world seems to be slowly breaking down that wall, it remains as high as ever in two-wheeled racing. It’s a pity because a few races of watching MotoE would soon convince you of otherwise – but that brings us to the bigger issue.

Simply put, there’s no one out there convincing fans that MotoE is a class worth tuning into. Series organisers Dorna has been lax in its promotion of the class since day one, happy to let it exist but not too stressed about pushing it to the masses.

That, it seems, comes from the very origins of MotoE itself, and the lessons Dorna learned from watching the mistakes made by its Formula 1 equivalent FOM, who allowed electric racing to escape their grasp in the form of the breakaway (and highly successful) Formula E series.

Unwilling to allow the same thing to happen with bikes, Dorna locked down MotoE; but now that they own it, it doesn’t seem like they’re entirely sure what to do with it. 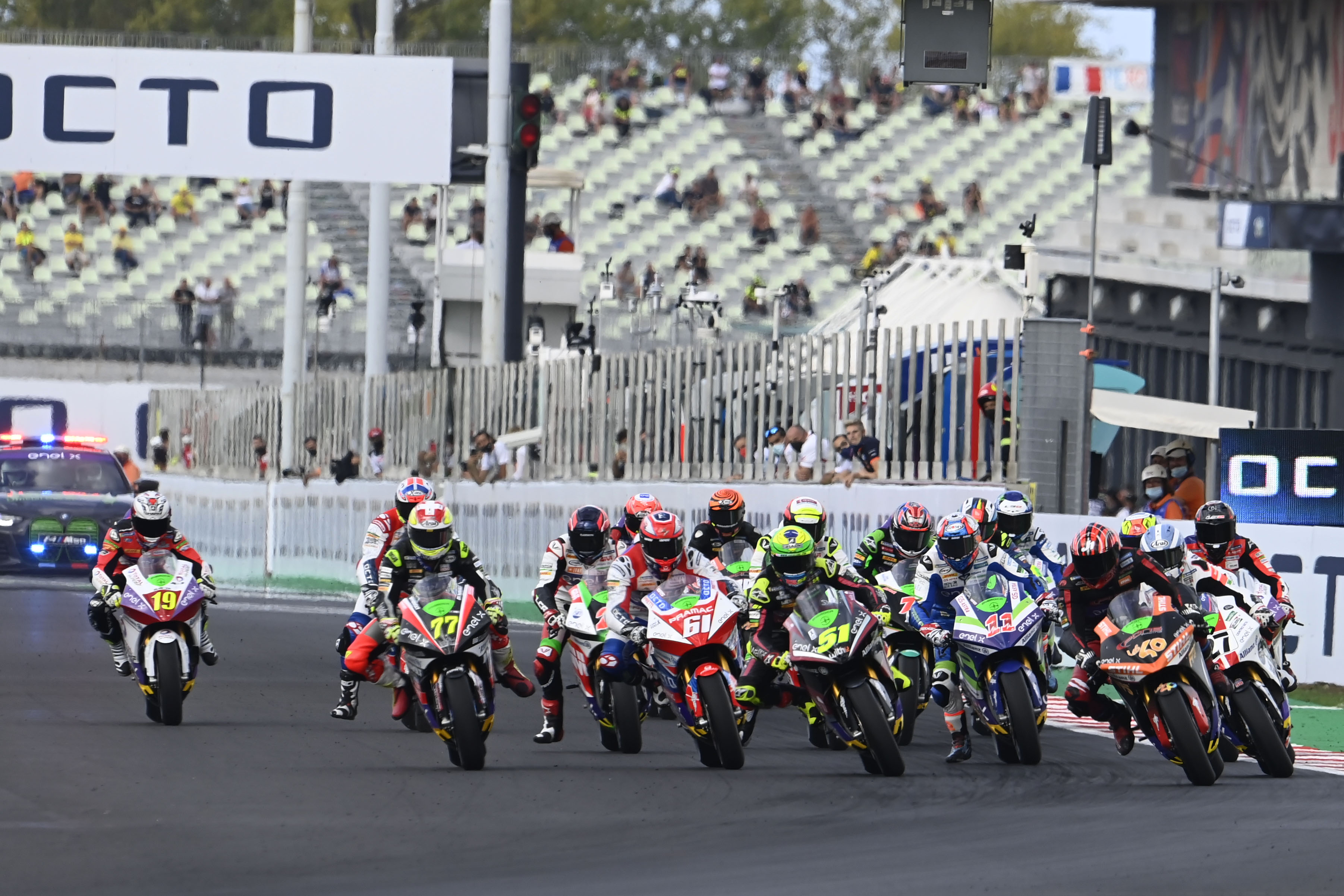 If you want evidence of that, all you have to do is look at the TV coverage of MotoE. I live-tweeted Sunday’s epic duel in the last race, and was instantly flooded with angry British fans – I didn’t previously realise that BT Sport (one of MotoGP’s big three broadcasters along with Sky Italy and Spain’s DAZN) had moved its coverage onto its streaming service after the first season.

Even within the paddock, it’s hard to keep up with the weekend’s action. MotoE practice is now traditionally when the on-track camera operators take their lunch break; only qualifying and the races are recorded, let alone aired. 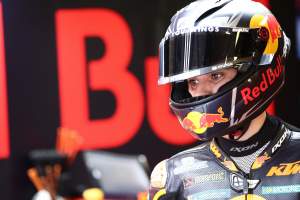 It’s something that some people within the series are starting to become more outspoken about too, with Livia Cevolini, the CEO of the series’ single bike manufacturer Energica, telling The Race at the San Marino Grand Prix that increasing audience engagement was one of the championship’s biggest tasks for 2022.

“The championship as I see it is nice,” she explained, “and it’s working well – but it could be better from a promotion and visibility point of view.

“We understand that there are a lot of things, a lot of content with MotoGP, Moto2, Moto3, and it’s hard to manage it all. But I think that we are working on it and learning every day how to improve it. We can do even better.” 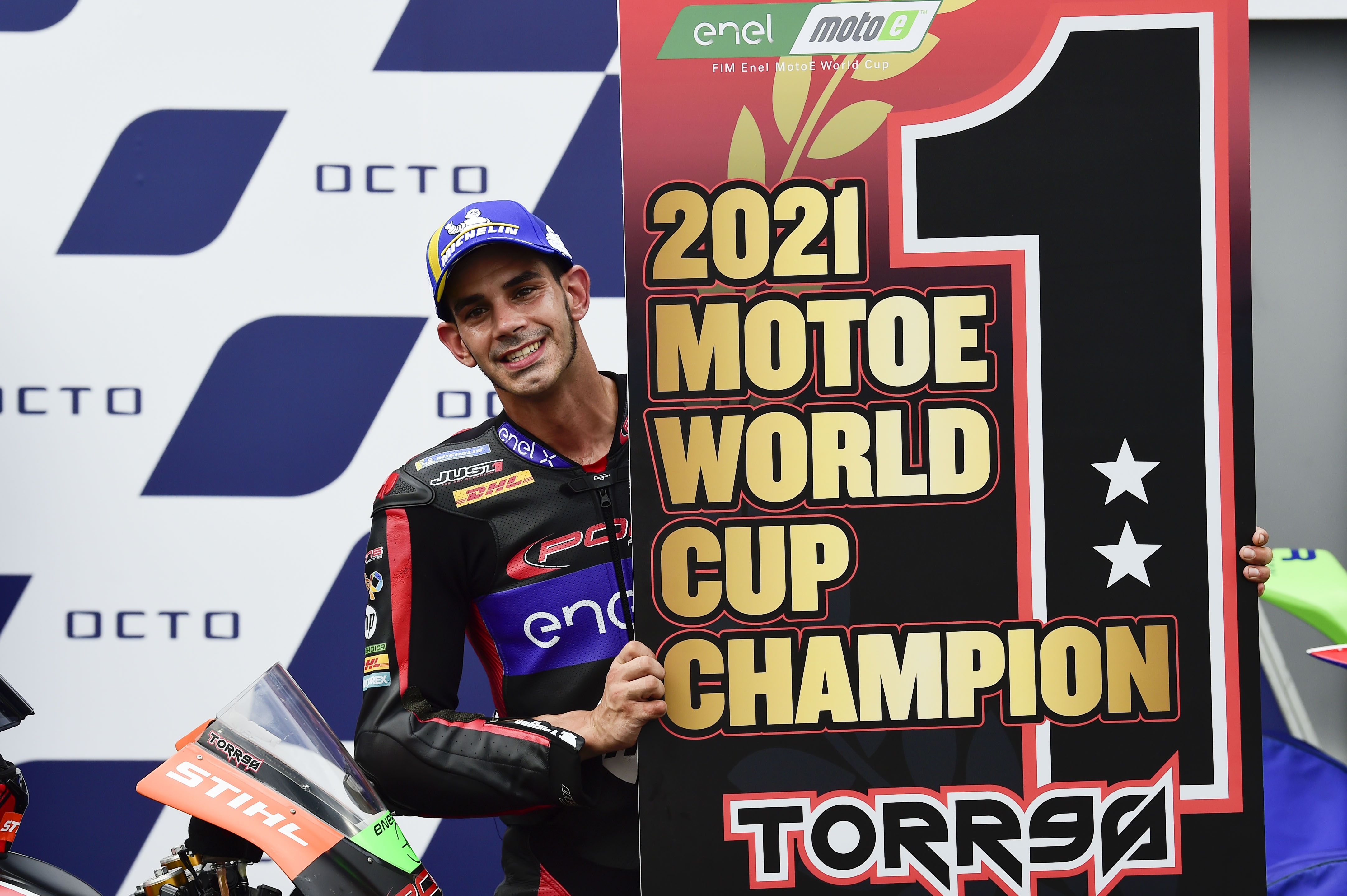 How that’s done is maybe a bigger question than improving the on-track action – something that Energica is also working on for next year. However, it’s believed that Dorna has already taken one key step to improve visibility: mandating to its broadcasters that they can’t just cut MotoE out of their coverage in the future.

It’s only a first step, but it’s at least progress in the right direction – and perhaps more importantly, it might well be a signal that Dorna is finally ready to stop hiding away its racing stepchild and admit that managed right, it might just have a Cinderella story on its hands.