MotoGP’s craziest title battle yet will only get stranger

Fifteen months ago, the 2019 MotoGP championship had just completed its sixth round of the year at the iconic Mugello circuit, where an incredible victory for home hero Danilo Petrucci hadn’t been enough to slow Marc Marquez’s title charge.

Marquez came home in second place and added 20 points to his tally, which meant that he led the championship on 115 points, 12 clear of second place man and eventual title rival Andrea Dovizioso.

Aside from crashing out of the Grand Prix of the Americas at Austin earlier in the year, Marquez had an unbroken podium record and by Mugello last year had scored a whopping 77% of the available 150 points. 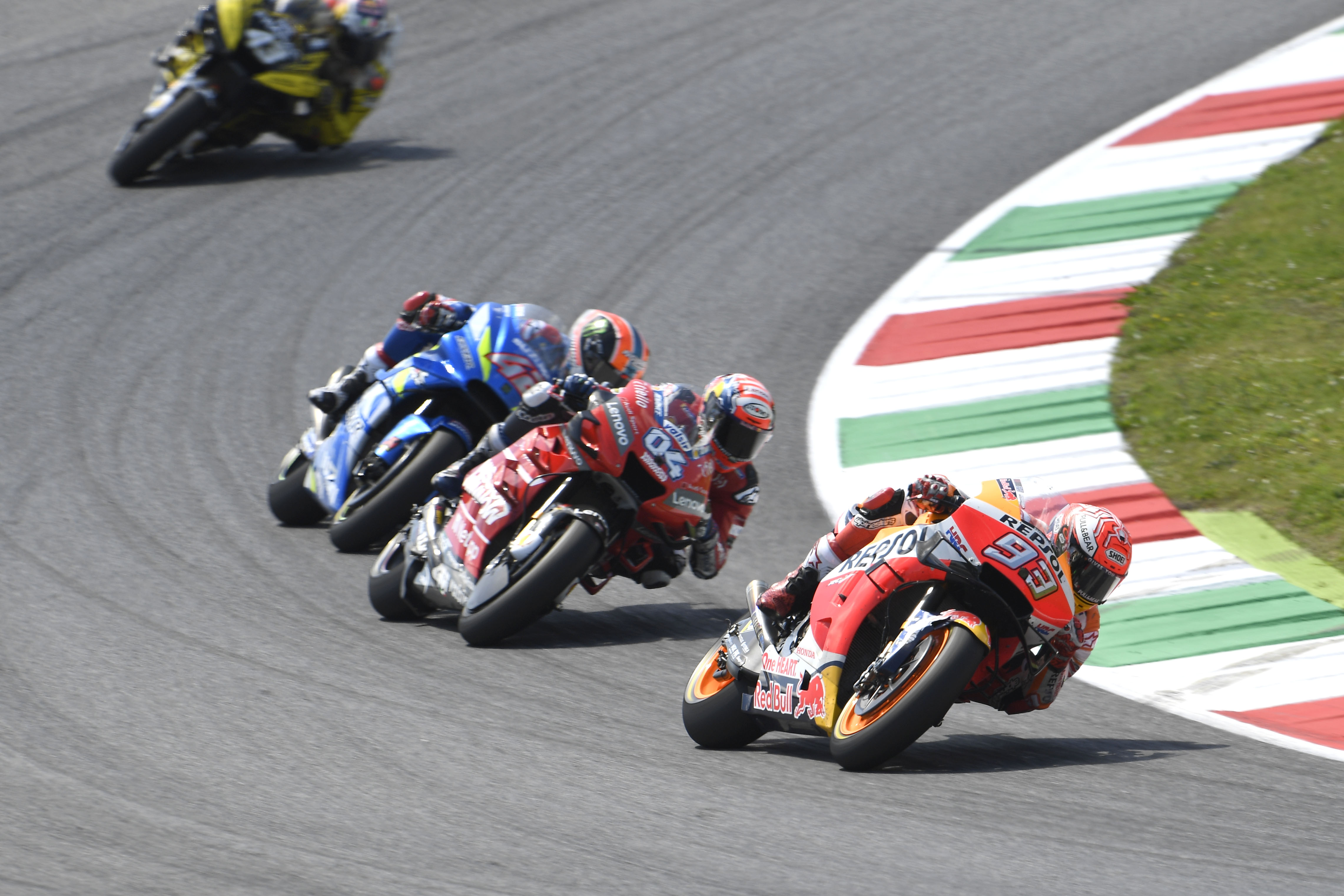 Fast forward to 2020, and things could not be more different after one of the most upside-down MotoGP championships in memory.

With Marquez absent through injury and his rivals seemingly out to do everything they can to not win the title, it’s still anyone’s to win as the abridged 14-round series heads towards half-distance next weekend with a second race at Misano.

This year, it’s Dovizioso who leaves the first Italian round of the year leading the championship – but with only 76 points to show for his efforts and with the rest of the chasing pack right on his heels.

For context – last year, Marquez’s gap back to 10th-placed Pol Espargaro after round six was 77 points. That’s one more than Dovizioso has managed to score in the equivalent number of races, except his gap to 10th and Red Bull Ring race winner Miguel Oliveira is barely a race victory at 28 points.

“It’s going to be crazy until the end” :: Andrea Dovizioso

Such is the nature of the 2020 MotoGP season. Five winners so far from six races and with the top two separated by only six points, we’re going into next weekend’s second race at Misano with the mathematical possibility of any rider in the top nine leaving Italy as the new championship leader.

So with such an insanely close championship, how on earth do you pick a winner?

Well, the simple fact is right now that it’s all but impossible to predict who will end up lifting the most coveted prize in two-wheeled motorsport in only two months’ time at Algarve (because let’s be honest – this battle won’t be decided until the final round!).

Dovizioso leaves Misano as championship leader and the man you’d be most easily swayed to stick your money on after three years in a row as runner-up to Marquez.

But, with his Ducati still feeling the consequences of Michelin’s newly-designed rear tyre and with his consistency (or lack thereof) reflecting his inability to use the extra grip it provides, Dovizioso said after today’s seventh place finish that he doesn’t expect the overall situation to change any time soon.

“I think that it’s going to be crazy until the end, because there’s a lot of fast riders and fast bikes,” he said when asked by The Race about the championship picture.

“Every race you can have a different winner and a lot of people close to the podium. The championship will change every race until the end.” 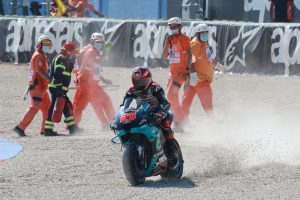 The form of those chasing Dovizioso isn’t much better, either, as Petronas SRT Yamaha rider Fabio Quartararo, who went into the weekend three points clear, continues to learn not only the ways of MotoGP but how to fight for a title.

Still only 21 years old and demonstrating his relative lack of experience in today’s race by crashing out of the podium fight, he’s already suffered from four poor weekends in a row after taking victory at the opening two rounds.

Further down the table, no one else is finding consistent form either.

Jack Miller (pictured below) remains the best of the rest on 64 points ahead of Joan Mir (twice a crasher), Maverick Vinales (undergoing his own fresh hell at Yamaha) and Valentino Rossi (paying the price for an engine failure at round one). 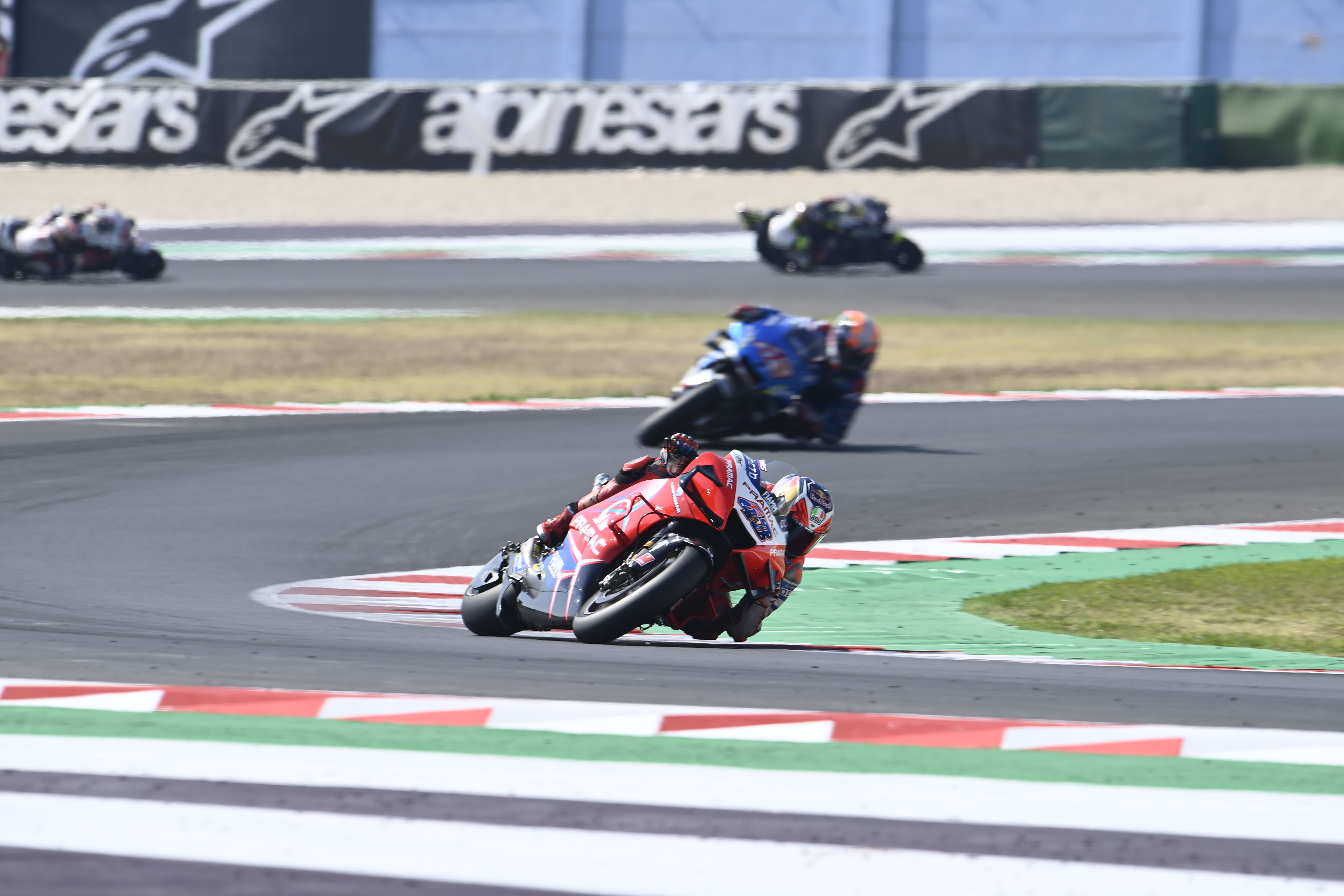 In fact so far the 2020 season has been so inconsistent that Franco Morbidelli, Brad Binder and Miguel Oliveira – all victors after six races – remain outside the top six in seventh, eighth and ninth respectively.

And with today’s race at Misano marking the first in a nine-race block across only 11 weekends, one thing is all but certain: this is just the start of MotoGP’s craziest season ever. 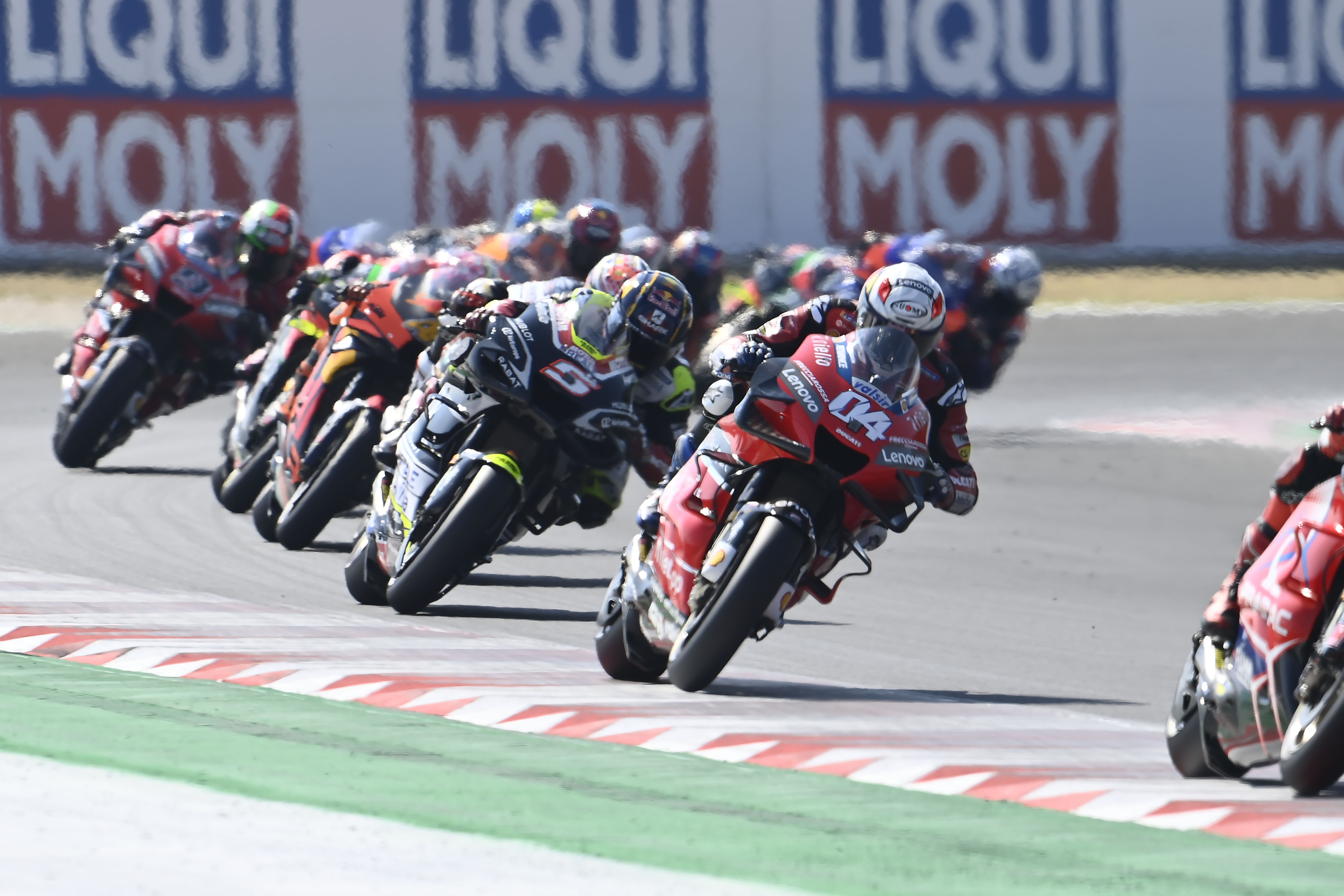