Given the strength of 2022’s crop of MotoGP rookies, Fabio Di Giannantonio is perhaps a name that stands out slightly given that he has only a single Moto2 victory to his name. 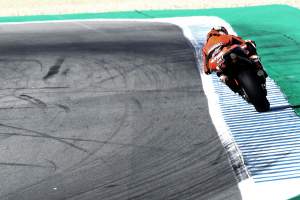 But with the faith of the Gresini Racing squad after a long history together, the Italian could well be a dark horse for the coming season given the strength of his preseason testing debut at Jerez.

Squeezing in only two days of testing at the Spanish circuit as the 2021 season concluded, the 23-year-old was a rather impressive 19th out of the 29 riders present.

His best lap on the Gresini team’s new Ducatis was only a second and a half from championship runner-up Pecco Bagnaia – and a mere 0.003s from 2020 rookie and race winner Jorge Martin. 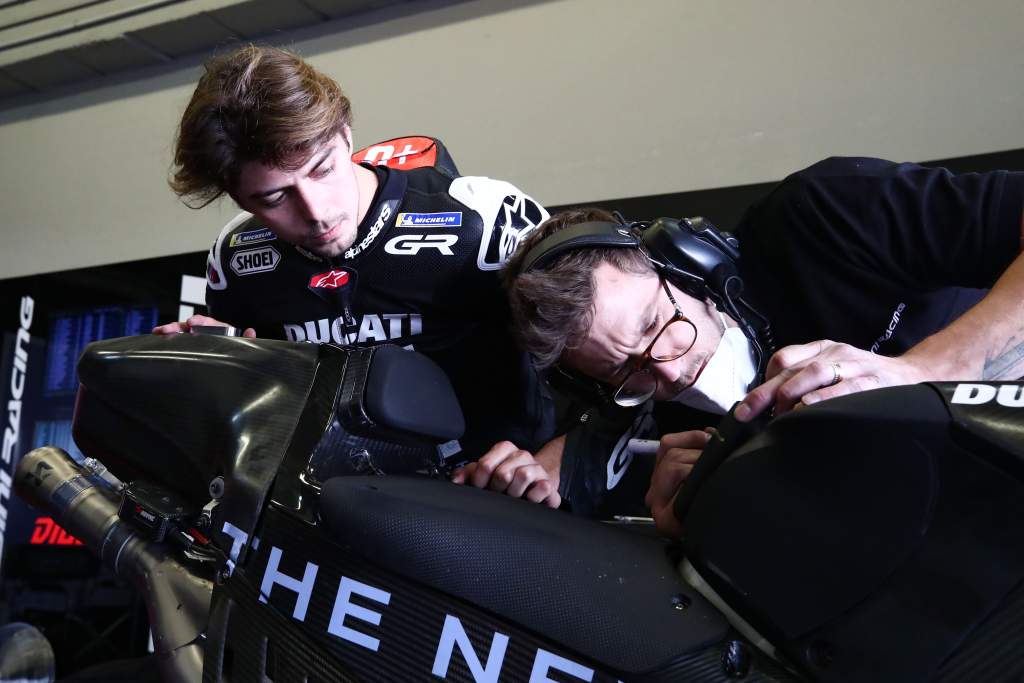 And, with Martin’s fellow Ducati rookie Enea Bastianini on the other side of the garage to help Di Giannantonio learn the ropes in his debut season, team commercial and marketing director Carlo Merlini says that he’s confident after the test that the duo will work well together when the action commences in Qatar in March.

“Diggia was extremely excited to test,” the veteran team manager told The Race. 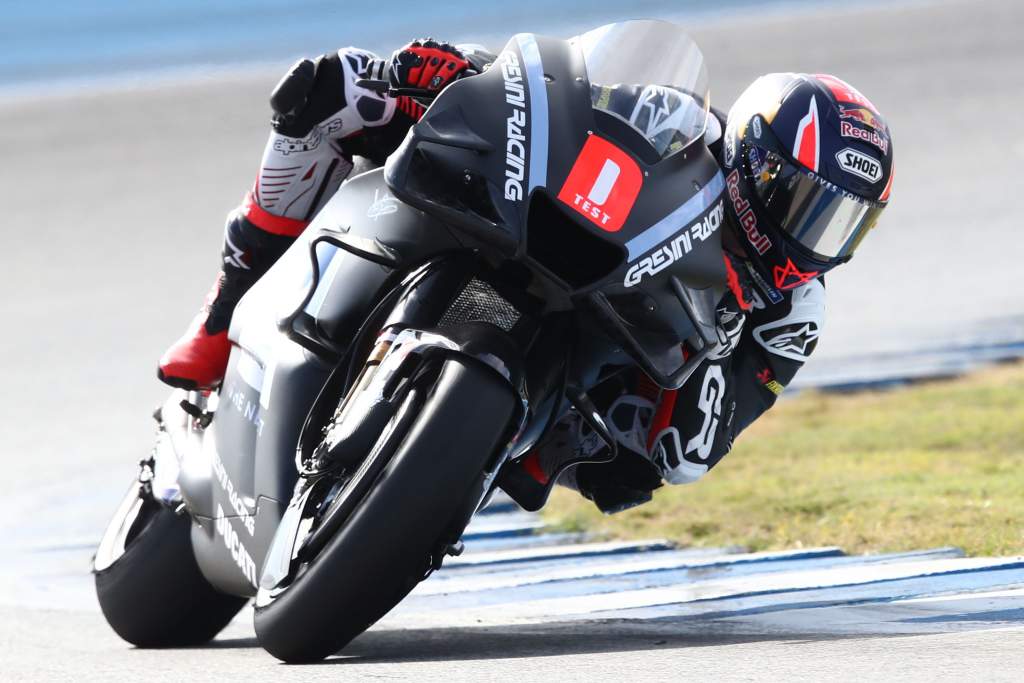 “I told him that I actually think he started thinking too much about MotoGP in 2021, but overall he did a very good season and he took the Gresini Moto2 team back to victory as well as a number of podiums.

“We know him very well, and they [Bastianini and Di Giannantonio] were actually team-mates with Gresini Moto3 back in 2016 so they know each other very well.

“Even before, they were kids with their minibikes.

“Their entire careers have been like parallel railway tracks. I think we have a very good team. 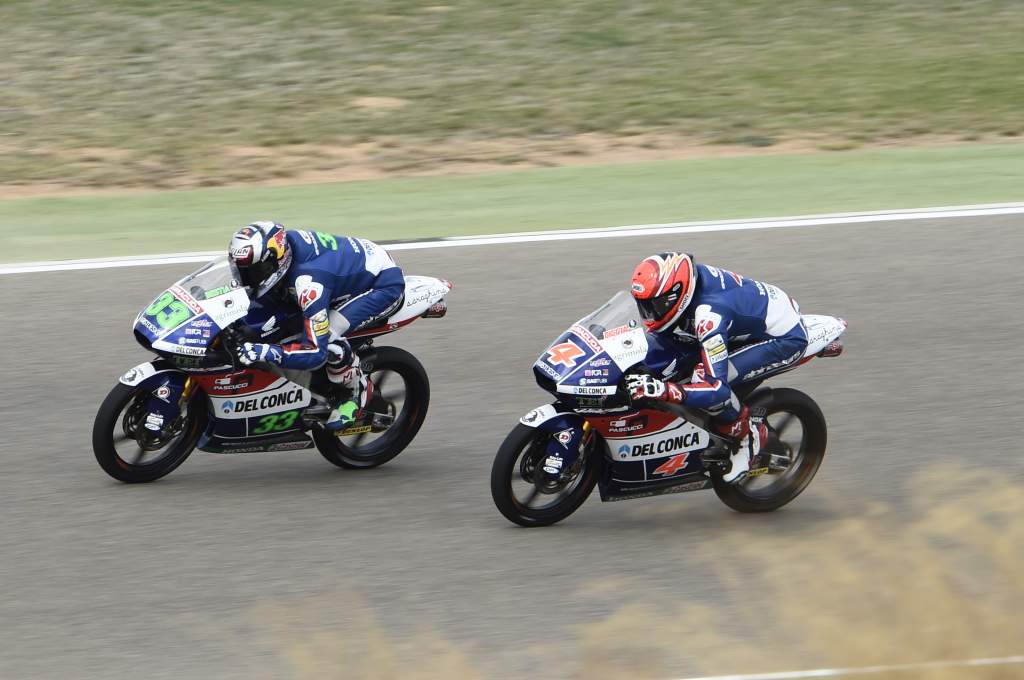 “Obviously Diggia will be a rookie and we’ll ask him to just not rush, to familiarise himself with the bike, and let’s see how fast he can pick it up and progress through the rankings. But all bodes well to have a very good and very exciting season.”

Less coming to the team than being promoted within it, Di Giannantonio is very much a product of the late Fausto Gresini’s unofficial academy system – and a rider that the former world champion had already picked out for his new MotoGP effort before he tragically succumbed to COVID-19 last year.

Di Giannantonio first joined the team in 2015 as a replacement for the injured Andrea Locatelli while still riding in the Red Bull Rookies Cup (where he finished runner up to Dutch rider Bo Bendsneyder). He became a permanent feature of Gresini’s Moto3 squad in 2016 – and has progressed through the ranks with the team since then. 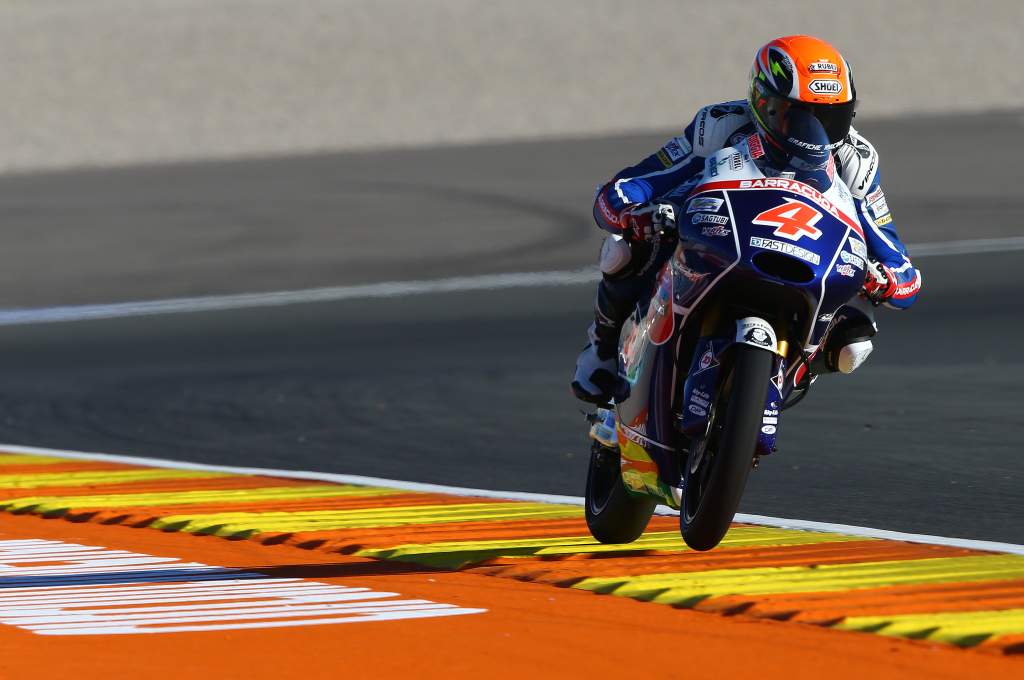 Twice a podium finisher in his first season in the lightweight class and fifth and sixth in his opening two years, the youngster quickly established himself as a regular frontrunner for Gresini – with a more concerted effort in 2018 seeing him take his first grand prix wins and complete an incredible season for the team by finishing second in the championship to then-team-mate Martin.

That prompted a move to Moto2 for 2019 and his first split with the Gresini team, albeit an amicable one, as he headed to the Speed Up squad. Obviously at a disadvantage compared to the dominant Kalex machinery, he nonetheless made it onto the podium twice, both in Brno and at home in Misano; enough to conclude his first season as best rookie – just ahead of both Martin and future and former Gresini team-mate Bastianini.

The following season was less successful, however, with five crashes from 14 races denting his championship standings, and despite a further two podiums he concluded the year in 15th – and quickly announced a return to his old family for 2021, as he headed back to Gresini. 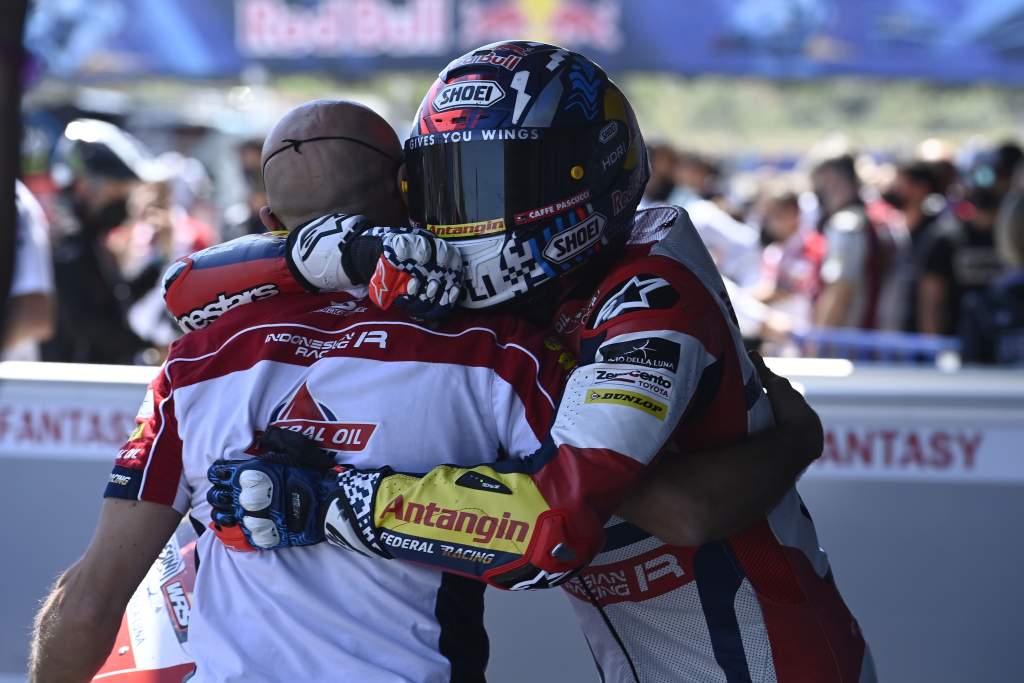 And, upon the reunion, things immediately picked up, with the Roman taking his first victory in the middleweight class – and the team’s emotional first win since Gresini’s death – at Jerez.

Coupled with a further three podiums and seventh overall in the standings, it means that his 2021 campaign sets him up nicely for promotion in 2022 – and if testing is anything to go by, those prospects could be high indeed.