Stefan Bradl will continue to deputise for Marc Marquez at this weekend’s Aragon Grand Prix, as the eight-time world champion continues to recover from the broken arm and subsequent injuries he suffered at the opening two rounds of the 2020 season in Jerez back in July.

Some had speculated that he might attempt a return at this weekend’s race, given that it’s both his home round and that his recovery from injury seems to be making rapid progress in recent days.

However, Repsol Honda has confirmed that test rider Bradl will once again stand in for Marquez this weekend, marking the eighth round of the series to date where he’ll deputise.

Given that this weekend’s Aragon race marks the first of two back-to-back weekends at the Spanish circuit, that suggests it’s also unlikely that we’ll see the reigning champion return next weekend either.

That news is perhaps unsurprising given his comments earlier this month, when Marquez admitted that he would take as much time as needed to return after further damaging his arm by rushing back into action only days after breaking his humerus. 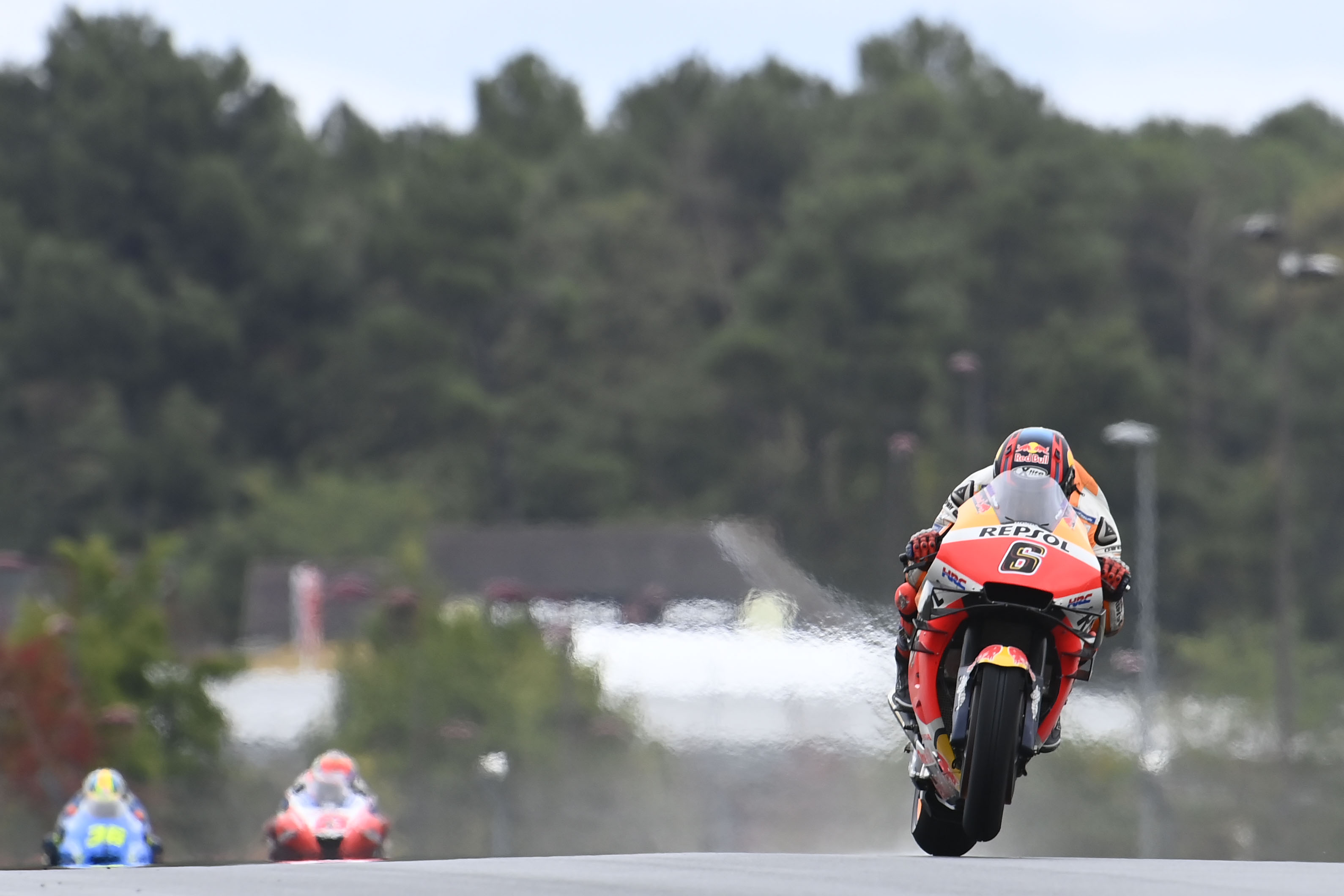 “Now I am in the moment where I start to feel the big steps with my body. So now every day, every week, I feel something different. The first three weeks were the same because I didn’t feel anything, and I didn’t feel any improvement,” said Marquez.

“But now I start to feel some improvements, we start to work at the gym, I start to train. So, in which moment I don’t know, I know that I am closer to being on a bike, that is the most important. 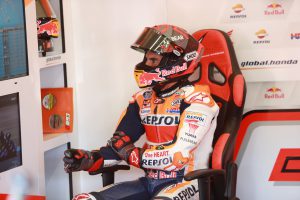 “I know that we are in a good way, but I don’t know if I will be on the bike in one month, in two weeks or in two months. I don’t know this; this is something that my body will answer.”

Ater Aragon the championship will have another week off before concluding with three races in three weekends, first with a double at Valencia and then at a new track with Portimao in Portugal.

With current championship leader Fabio Quartararo currently only on 115 points after nine rounds of the 2020 season and with 125 left to play for, it also highlights just how crazy the season has been that the news of Marquez’s absence this weekend only now finally rules him out of any mathematical chance of winning the title. 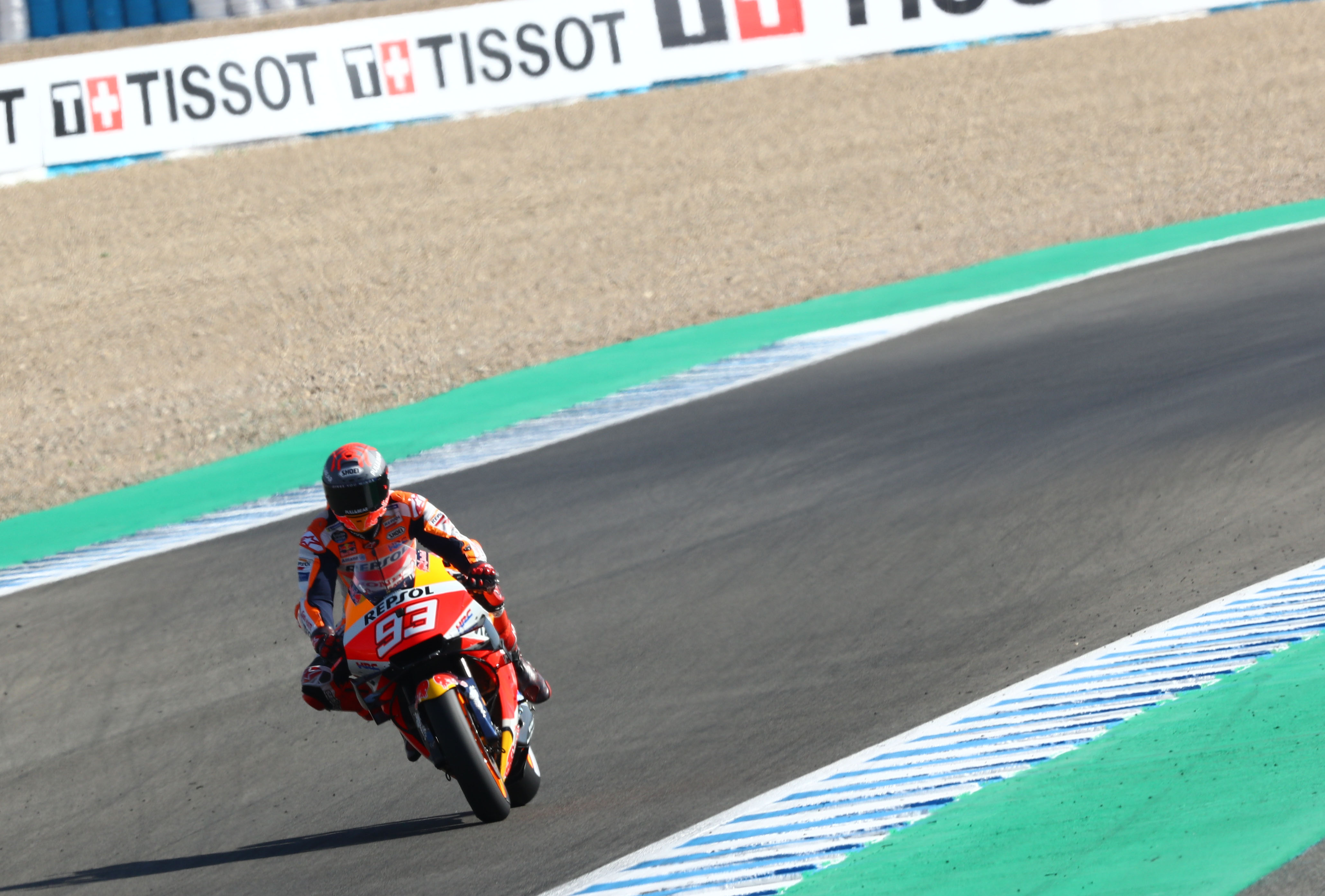 Should Marquez choose to return for those races, he won’t be at too much of a disadvantage despite missing last week’s test at Portimao, given that he already has limited experience with the track.

“Portimao will be interesting to finish the season. I hope to be there, I hope to race there with MotoGP because I tested there with a Moto2 bike in 2012 – a long time ago but I remember the circuit and it was very nice,” said Marquez.

“Many ups and downs, following the natural layout of the land, it was really nice, and it was very fun to race there. I hope I will be able to try to be there and to finish the season in a good way.”

And while the news of his absence might be disappointing for the Repsol Honda team, they can still go into this weekend’s race content after an exceptional debut podium last time out for Alex Marquez and the other side of the garage. 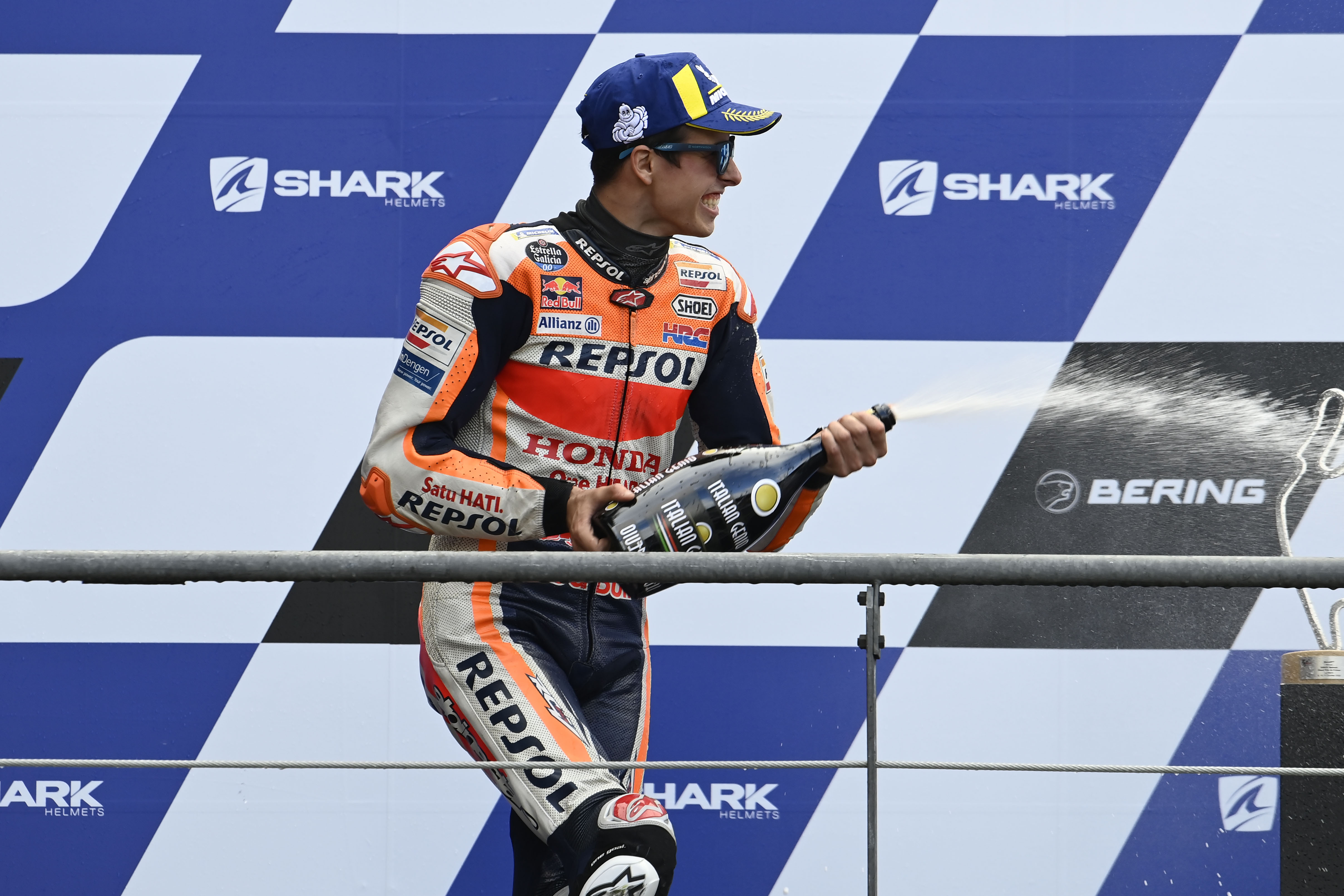 Aware that a single good result in wet conditions doesn’t mean he’s fixed the problems that have plagued Honda all season, the reigning Moto2 world champion is heading to Aragon with more of an idea than ever about what needs to be addressed.

“It has been a nice few days enjoying the feeling after Le Mans. I want to say thank you again to everyone who has supported me or sent me a message after the race. But now it is time to reset a little bit and get back to work in Aragon,” said Alex Marquez.

“Qualifying is still the area we need to work on the most as we have shown that our race pace is usually not so bad and we’re able to fight more and more each race.

“Let’s see what the weather brings, Aragon in the morning can be very cold so we need to pay attention to this. Let’s have a good weekend.” 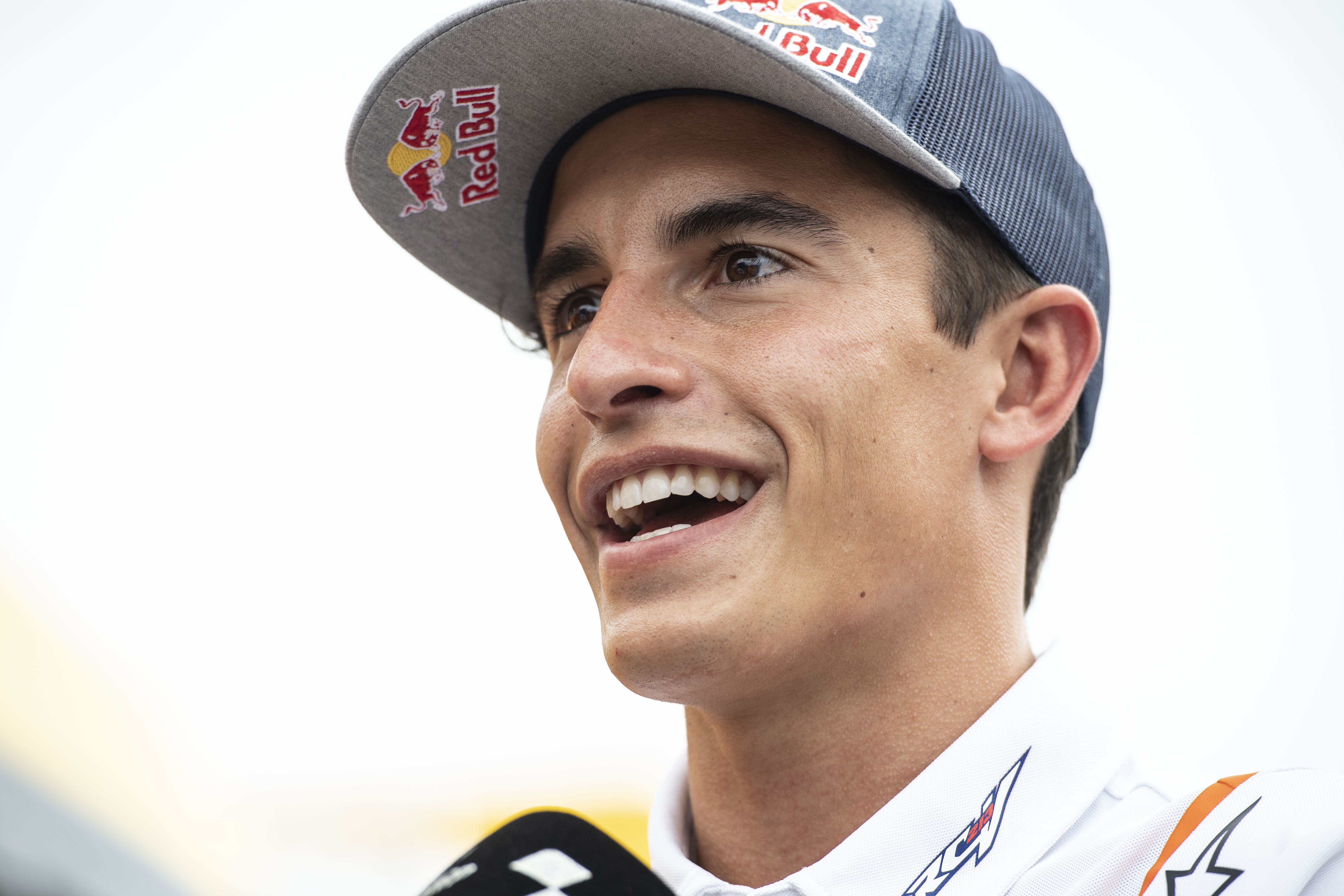