Marquez facing another MotoGP weekend he needs to ‘save’

Out of the top 10 in FP1, where he was half a second off, and FP2, where the deficit ballooned to a second, Marquez came close to crashing in both sessions. 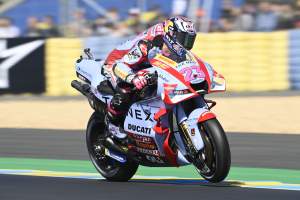 His weekend start at Le Mans has ultimately been reminiscent of the Spanish GP at Jerez, where Marquez – still combatting the after-effects of his 2020 injury and long absence – acknowledged he’d been rationing his physical exertion through the weekend, as he parlayed a rather horrid Friday into a pretty impressive fourth-place finish.

“Every Friday I struggle a bit,” he said at Le Mans. “It’s true that today even a bit more because when I put the soft [rear] tyre [on the bike] in the end, for many riders the track was full of yellow flags and then I didn’t improve, and in the lap that I tried to push [behind Francesco Bagnaia] I did a mistake and I saved the crash on the left corner…

“The feeling [in terms of physical condition] is like always. For that reason I start calm on Friday, just try to understand, try to push in single laps, and yeah, looks like it’s working, it’s a different riding style as you see on the TV, but I’m able to ride not so bad. Still, in some corners, I’m losing too much.

“We were far from the top, but I just didn’t want to touch a lot the bike. Tomorrow we will try some different set-ups just to understand. We will try to do a step, try to be on that top 10 [to make Q2 directly], will be difficult but we will try.” 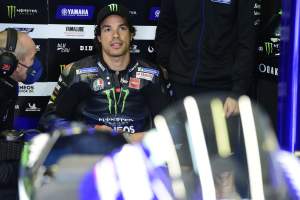 Are MotoGP riders feeling the 2023 heat from Mir and Rins?
Read more

Marquez said he is “using all that we found” in the post-Spanish GP test day at Jerez, with the findings being “a small help but not life-changing”.

But despite his start at Jerez having been similar, Marquez acknowledged it would not be easy to make similar progression in time for race day here.

“In terms of race pace, we are far. ‘Far’ means three-four tenths per lap, this is far, here in Le Mans.

“Three-four tenths per lap means 10 seconds at the end of the race, 10 or more, this is far.

“We cannot expect to improve half a second but maybe two-three tenths we can improve and this would be a good way. But anyway today I was far.

“Already in Jerez, I was struggling a lot on Friday, then on Saturday I saved the day, and tomorrow I will try to save the day [also] but will be difficult.”