VR46 Ducati rider Luca Marini topped the first and only day of post-season MotoGP testing in Valencia, as several riders got acquainted with new machinery.

Aprilia had a Maverick Vinales-led 1-2 at the halfway point of the eight-hour session, but Marini jumped ahead soon after, his eventual 1m30.032s coming in at four tenths behind Jorge Martin’s pole lap from Saturday. 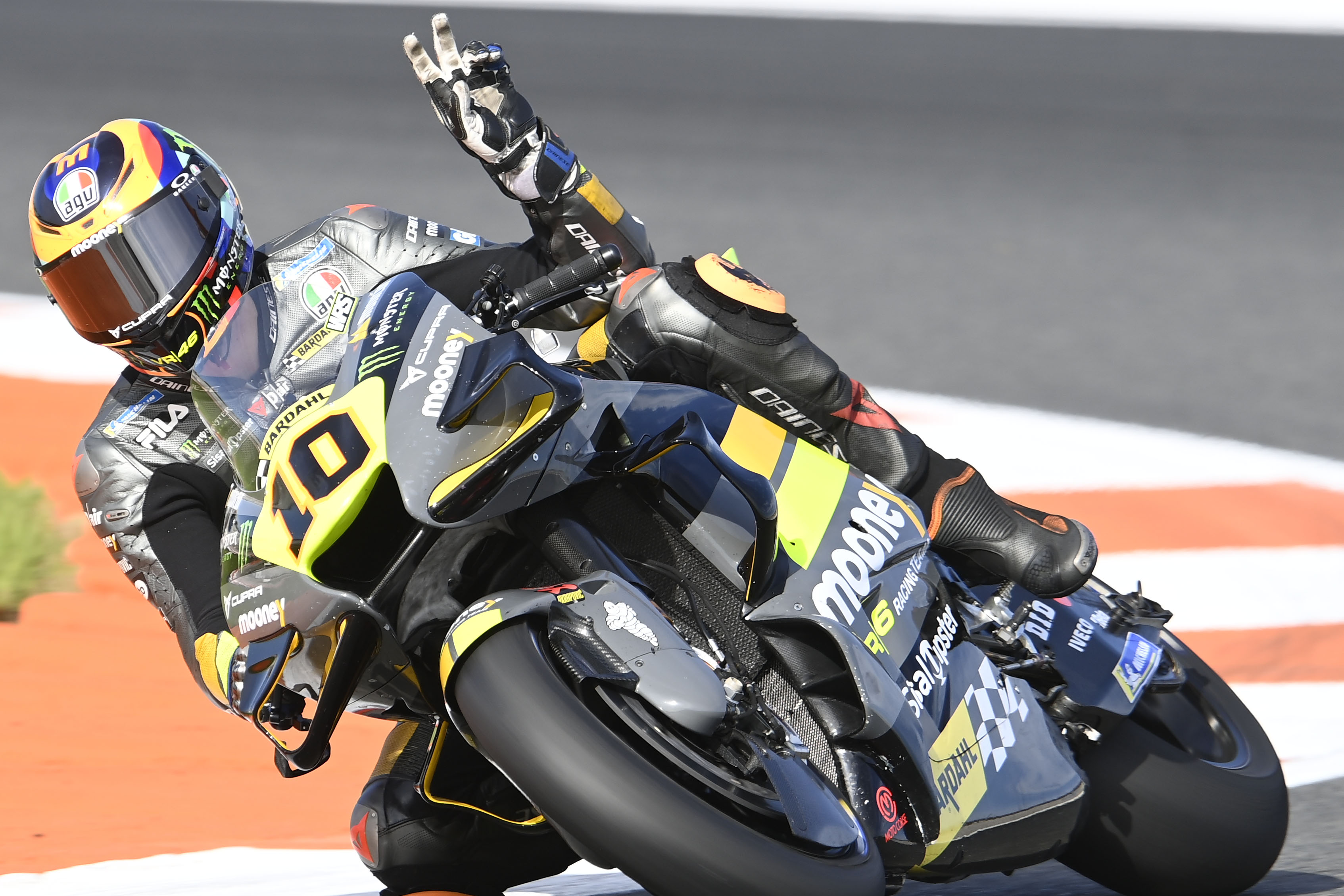 Marini is the sole rider on the grid who will retain the same designation of machinery next year, having run a Desmosedici GP22 this year that he will also campaign in 2023 as Ducati scales back to just four current-spec bikes.

Team-mate Marco Bezzecchi had an early mechanical issue but briefly made it a VR46 1-2 with Marini, only for Vinales to jump back ahead in the final hour to take second place. 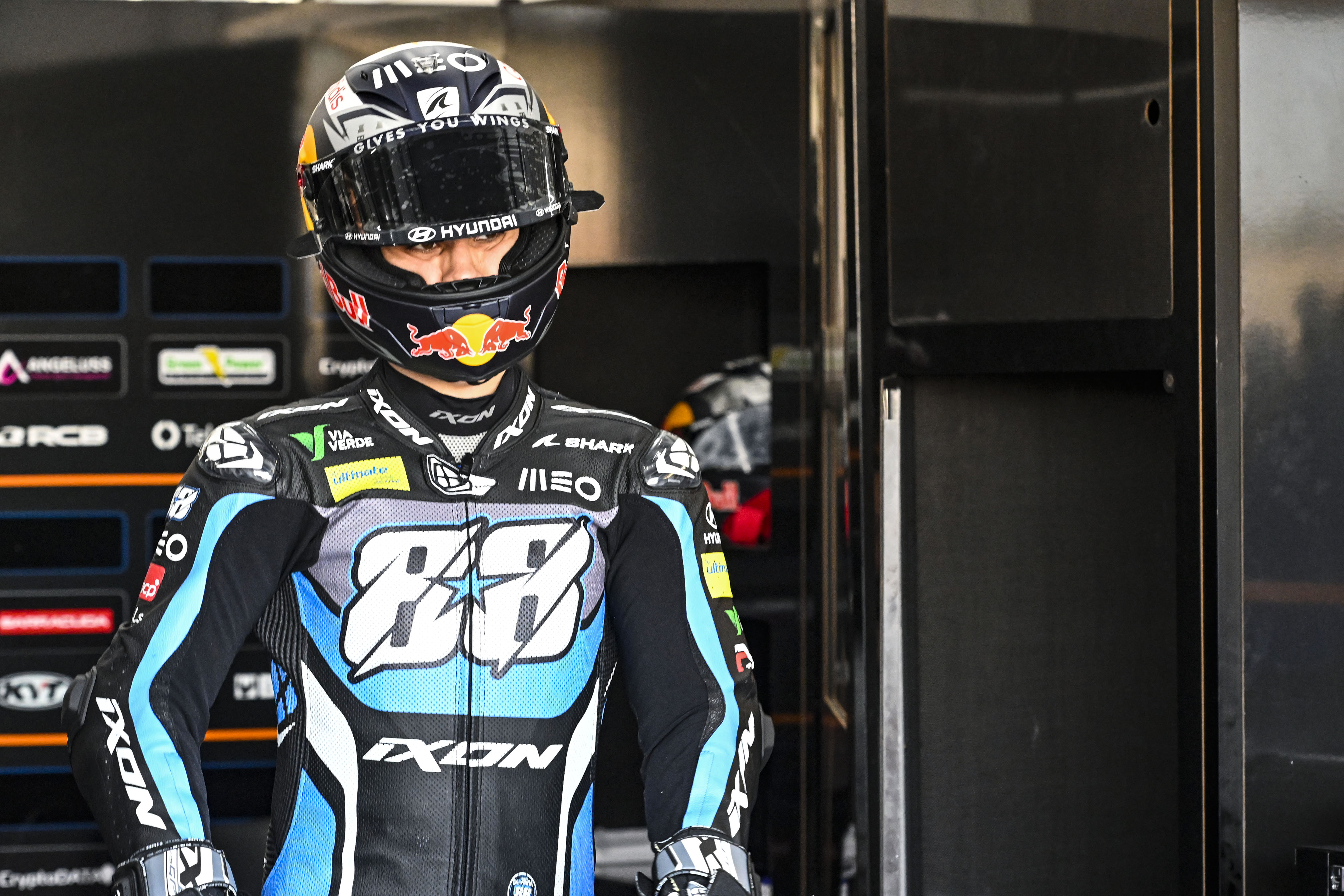 Off the back of a disappointing rookie season, Fabio Di Giannantonio had his “greatest day in MotoGP”, the Italian buoyed by his first taste of the Desmosedici GP22 as he finished sixth.

Brad Binder led KTM’s efforts in seventh. Binder already had an upgraded chassis in the Valencia race and nearly took it to victory – and a ‘hybrid’ 2023 prototype was made available to both him and new recruit Jack Miller in the test. 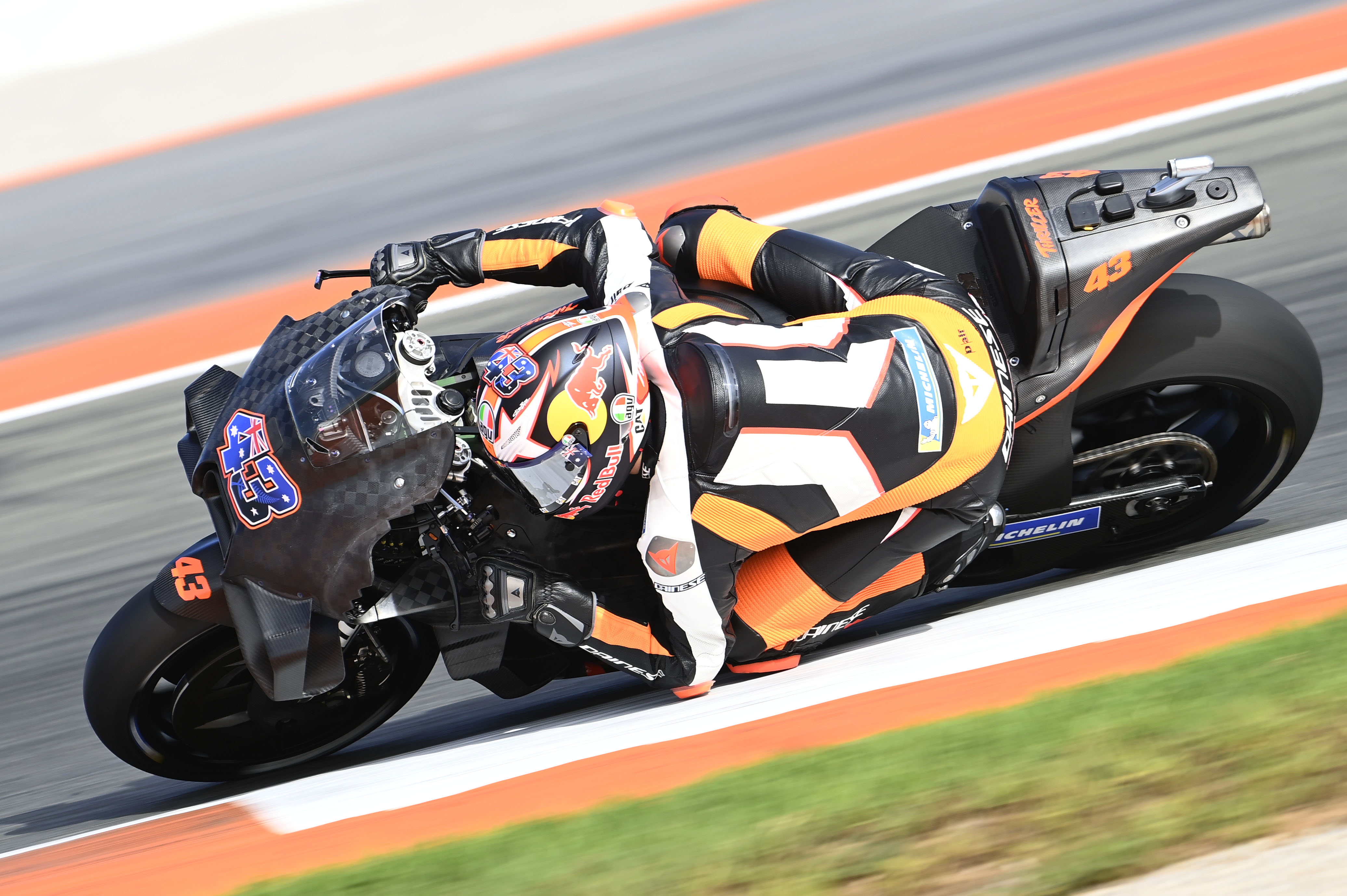 Miller finished three tenths behind Binder, both having had an apparent issue with the rear fender during the session that left their rear tyres smoking.

Over at Yamaha, Fabio Quartararo and Franco Morbidelli worked with an evolution of the 2023 prototype engine they had loved in the in-season test at Misano, as well as a revised aero set-up and a new chassis that, according to managing director Lin Jarvis, Morbidelli “really liked”. 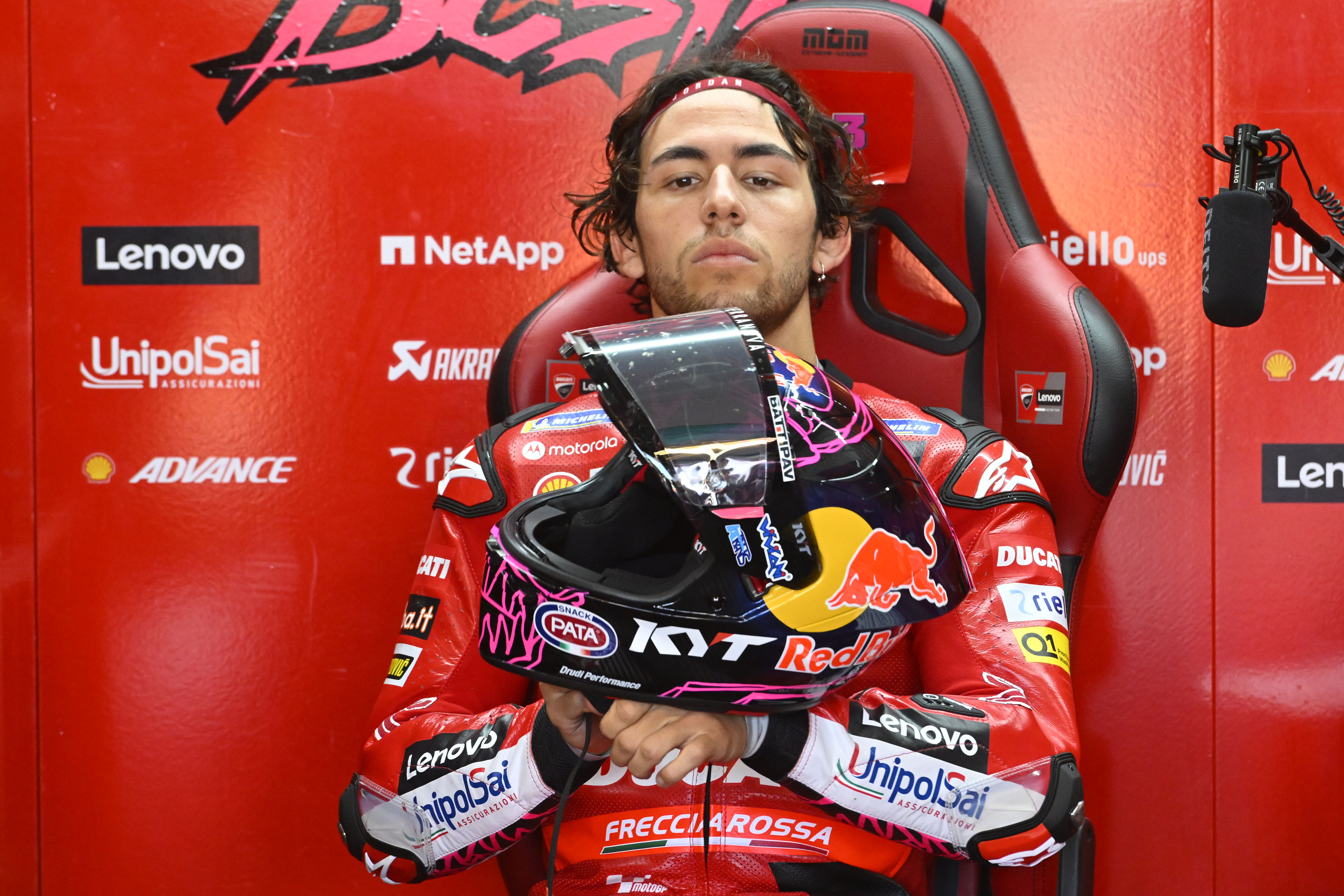 Bastianini was ultimately the sole crasher of the day, tipping off at Turn 6 on a fast lap, but still finished 10th.

The Italian is pushing hard as we edge closer to the final hour of the #ValenciaTest! #SprintingInto2023 pic.twitter.com/qidnPMEPYu

Both he and Bagnaia sampled a prototype Ducati with camo livery on the sides to hide the shape of the lower part of the fairing, while camo colours were also present on the Yamaha M1’s lower front winglet. 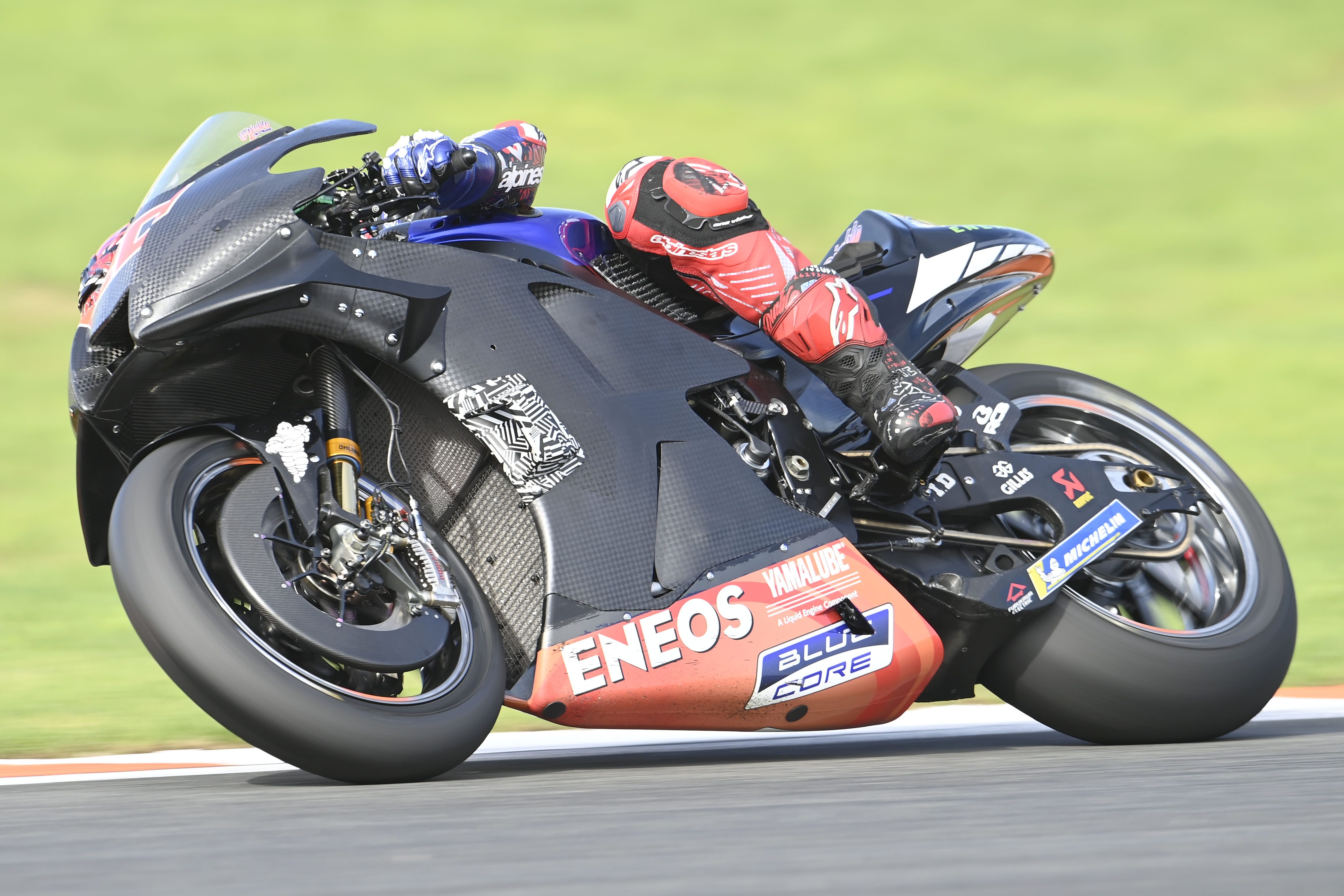 Marc Marquez was underwhelmed with what he’d had to try from Honda, calling it a day after 50 laps – compared to mileage leader Quartararo’s 92.

The two Honda newcomers Joan Mir and Alex Rins, coming over from Suzuki, seemingly took their time getting up to speed with the Honda RC213V, but Mir did eventually get within a quarter of a second of Marquez. 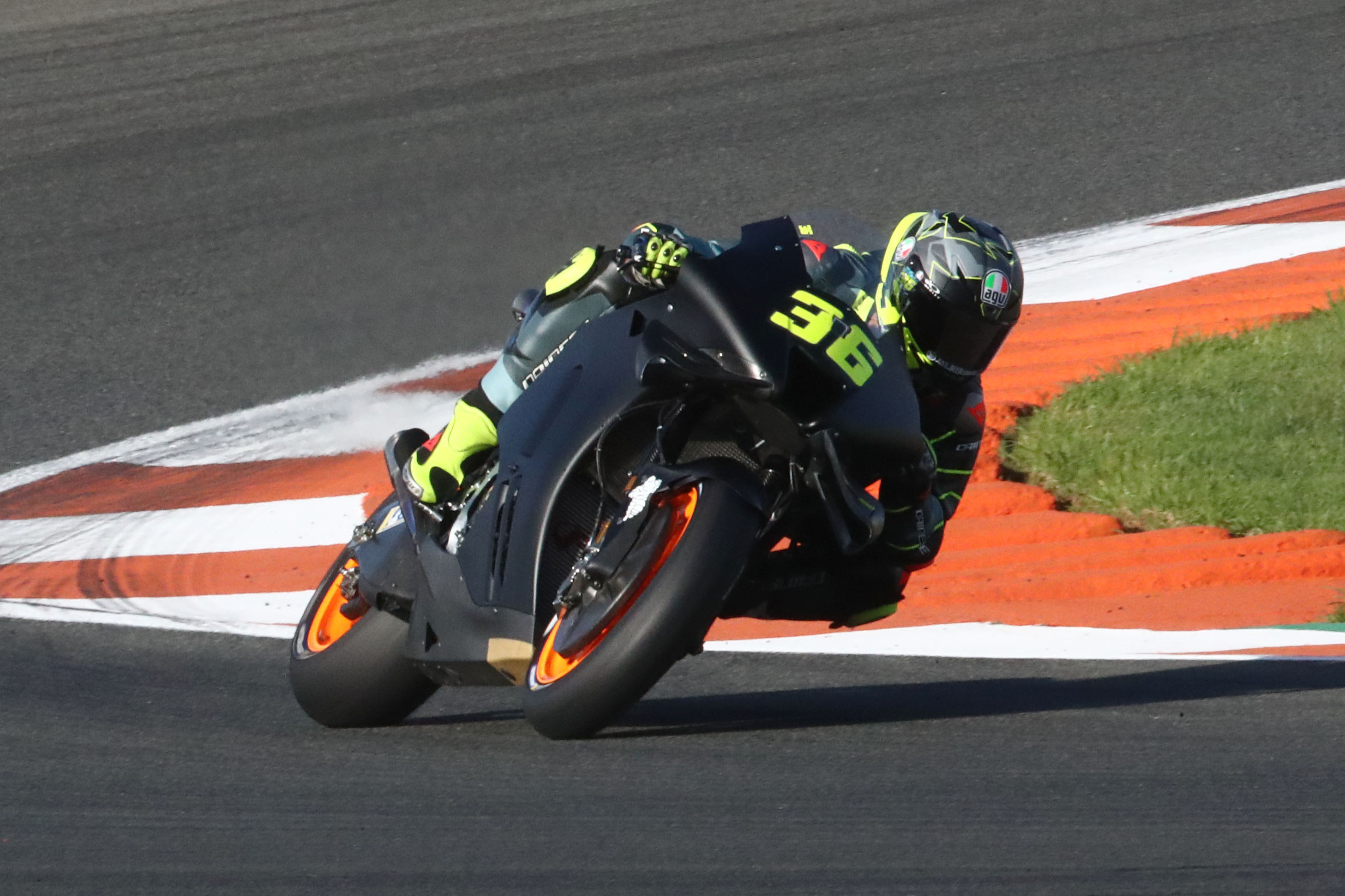 There were promising-looking debuts on their new bikes for Gresini Ducati’s Alex Marquez and Gas Gas/Tech3 rider Pol Espargaro, Espargaro reportedly overjoyed after his first laps back on the KTM RC16 that he’d thrived on before his ill-fated two-year stint to Honda.

Raul Fernandez was 21st-fastest on the RNF-run Aprilia, said to be focused on race pace, while the sole 2023 rookie Augusto Fernandez – crowned Moto2 champion this past weekend – took 22nd place in Gas Gas colours. 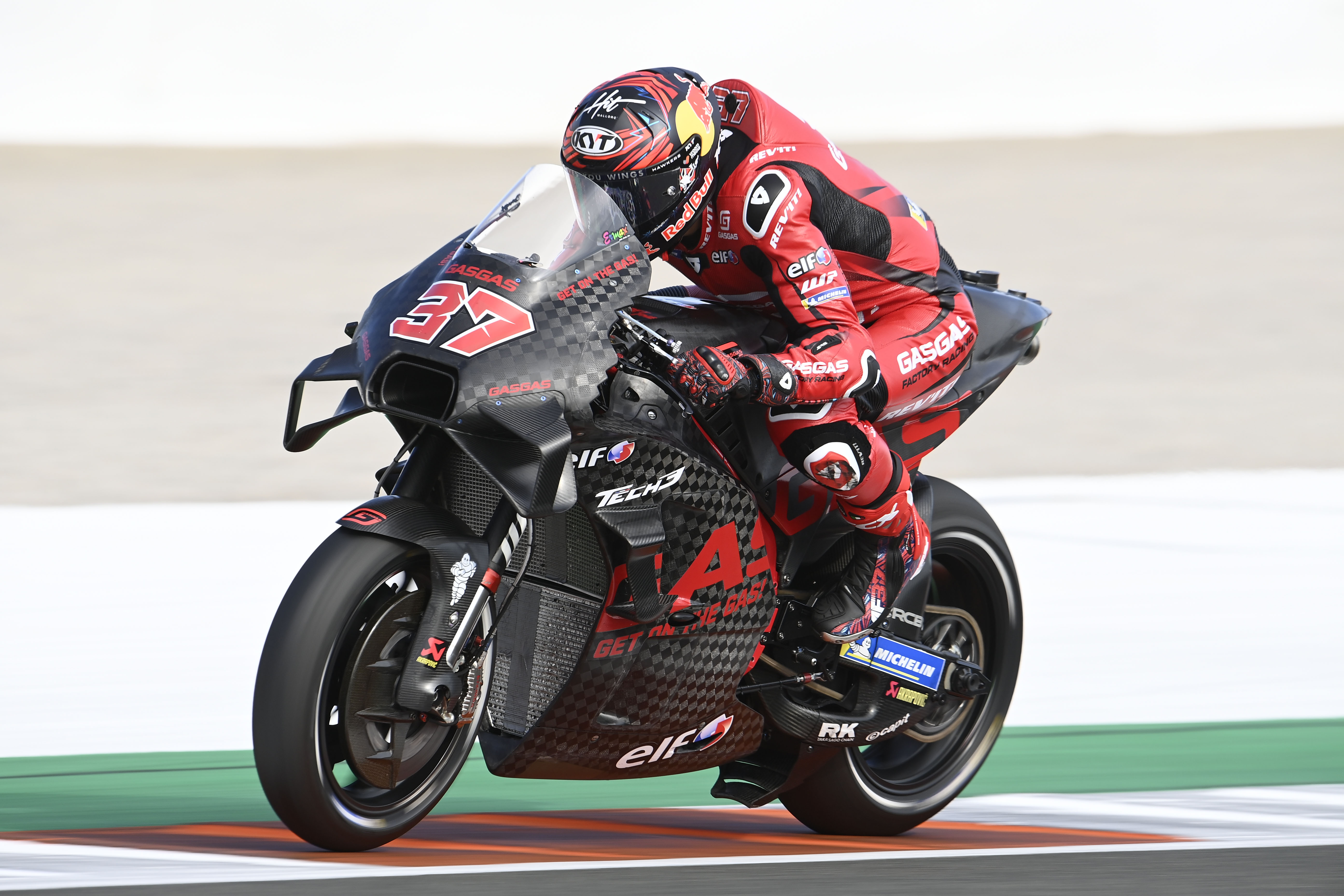 The next time the MotoGP field will all gather for testing will be Sepang on February 10-12, with that three-day test preceded by a shakedown for test riders and rookie Fernandez.